Justin Peach of the Second Tier Podcast picks his Championship Team of the Month for October and explains why his XI have caught the eye...

It’s been a crazy October which saw almost too many games played.

It made picking this Team of the Month much harder, as the data pool was much larger.

However, several teams had incredible runs throughout with individual players contributing massively.

So, here’s a run down of my team of the month and why they deserve their place in a completely meaningless XI… 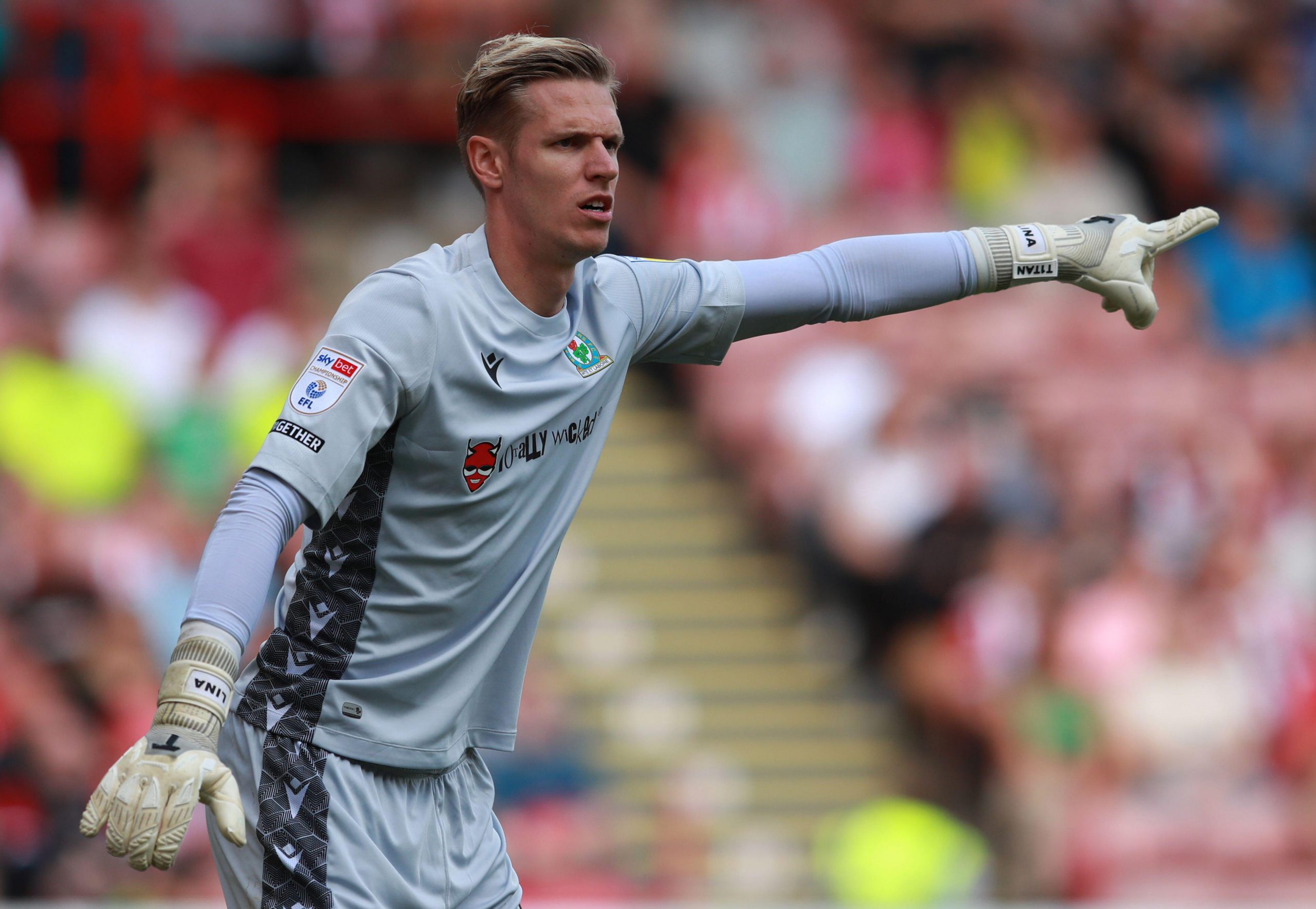 Kaminski has been the key reason as to why Blackburn rose into the automatic promotion places in October.

He has literally saved points for Rovers and in October he was outstanding.

Kaminski is the third highest-performing goalkeeper in the Championship with a string of crucial saves going a long way to Blackburn recording three wins in a row against Middlesbrough, Sunderland, and Birmingham.

No other full-back has created more big chances than James Bree, which is frustrating considering he’s registered just two assists this season.

That can be partly down to poor finishing but he has showcased his ability going forwards.

Defensively, he contributed to a team that collected seven clean sheets so far this season and two in October.

If this lad isn’t on the plane to the World Cup with the US National team, they need to give their heads a wobble.

The Blues lost just twice in October as they rose to just outside the play-offs.

He also bagged himself three goals and three clean sheets in seven games which isn’t bad for a player with no Championship experience. 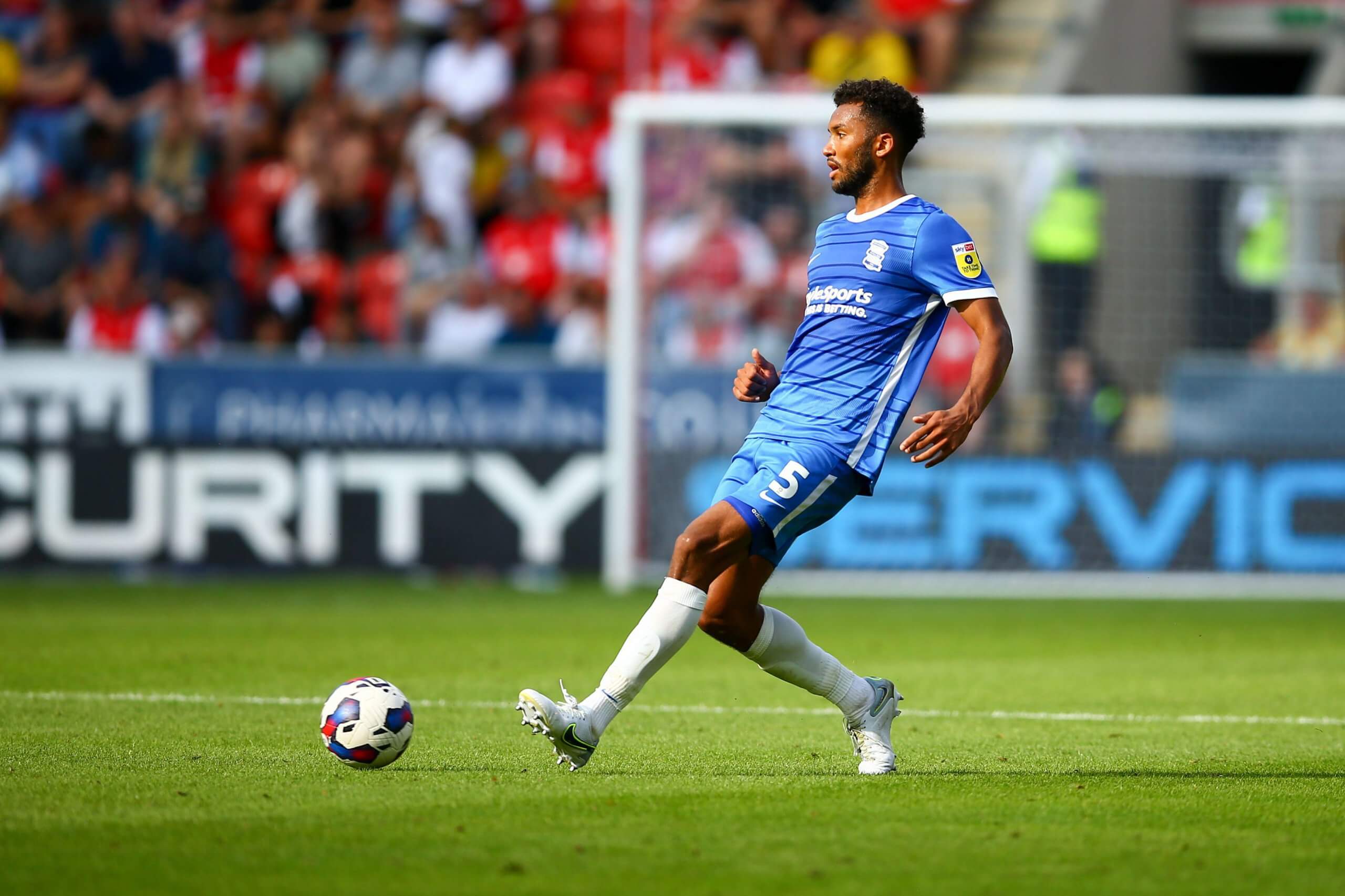 I continue to bang the ‘Shaun Hutchinson is the most underrated defender in the Championship’ drum.

He continues to perform consistently and the data backs it up.

Once again, he was a key reason why Millwall generated momentum towards a play-off challenge with the 31-year-old being key to a five-game unbeaten run in October while he was playing.

Paal will do well not to be in the Team of the Season as the summer arrival continues to prove to be an astute signing on a free from the Netherlands.

QPR lost just twice throughout October as they raced to the top of the table and our old paal Kenny has once again been an important cog in Mick Beale’s system.

Without good all-rounders at full-back in Ethan Laird and Paal, Beale’s system will break down quickly as they provide the much-needed width and extra options in that final third.

It remains a mystery as to how Birmingham managed to sign Chong for so cheap.

But who cares? He’s been fantastic in a midfield three alongside Krystian Bielik and Hannibal Mejbri.

He adds the quality needed in the final third and should he stay fit, he will have a huge impact on Birmingham’s season.

Chong collected four assists throughout the month and with just a tad more quality in the final third, he should provide even more. 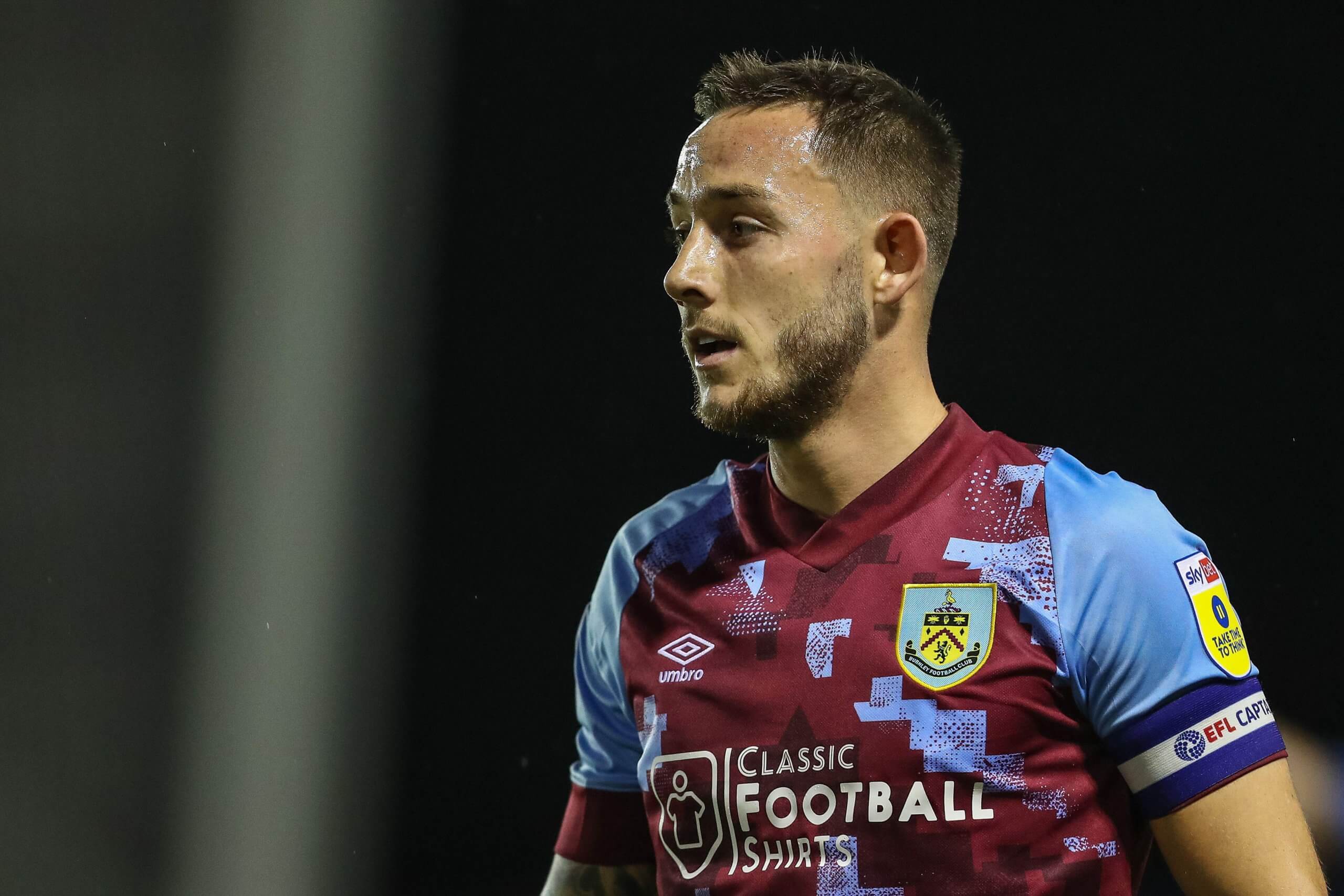 This is an easy pick as there probably wasn’t a better performer in the league in October than Brownhill.

Although he scored just one and assisted one, he showed his class throughout the month as Burnley went unbeaten… again.

Flemming is a gem and his ceiling is very high.

He could easily cost a buying club upwards of £20m just on the quality he showed throughout October.

He finally got his career up and running in England as he netted four in three games before going quiet towards the end of the month.

He will undoubtedly get better though as he continues to get to grips with Rowett’s style of play and of course the Championship.

Deployed on the right wing, Yates has had a fruitful October that saw him score seven goals in seven games.

Whether he can sustain that return is another question, but it was a masterstroke by Michael Appleton to put him on the right-hand side. 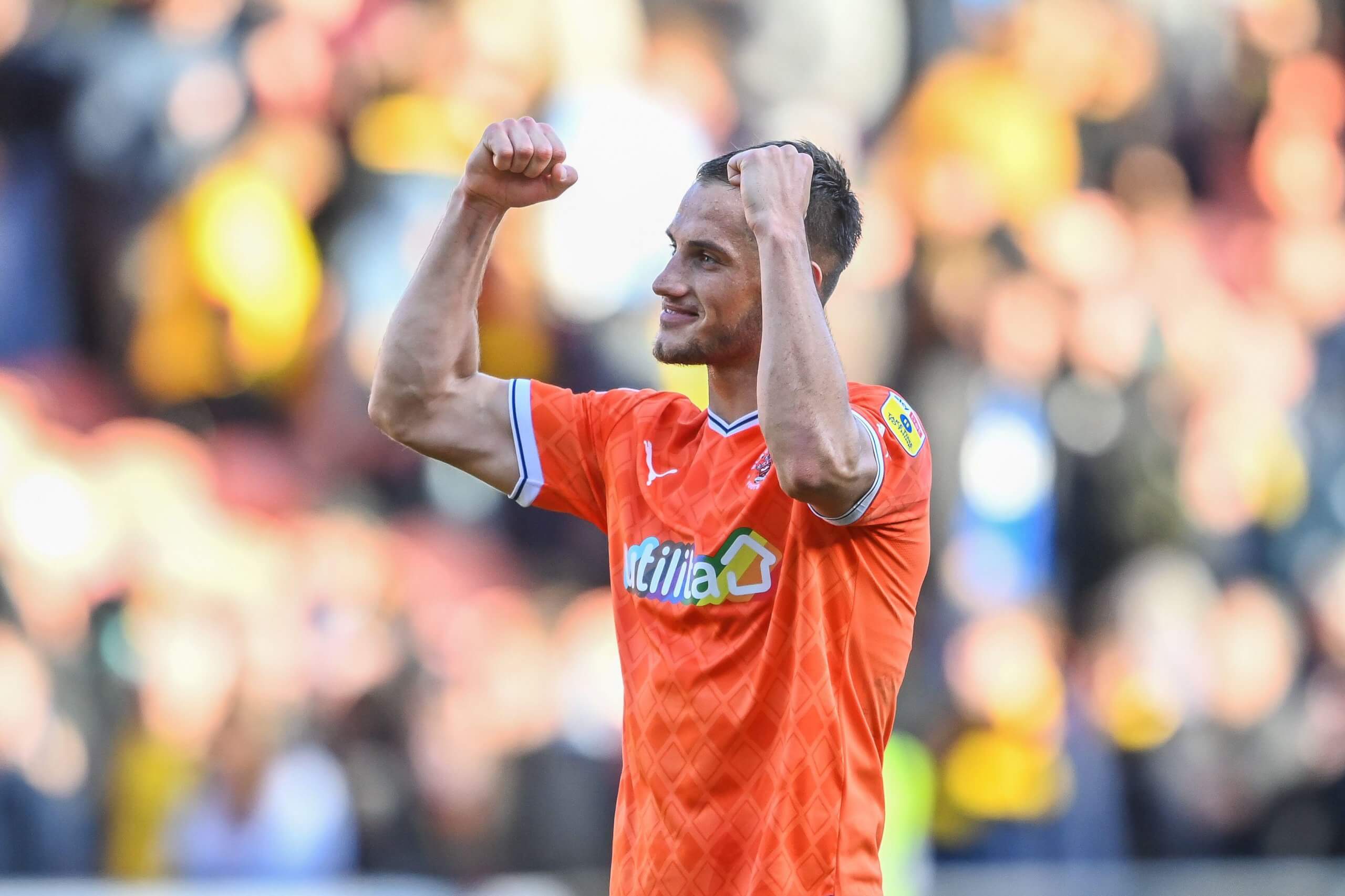 An easy addition given the Scotsman’s return to form for the Blades.

He’s a leggy, weirdly elegant striker who mimics an out-of-control emu at times, but that doesn’t stop him from being an outstanding goalscorer at Championship level.

He scored three goals throughout the month and they were big goals too, with decisive finishes against Norwich, Birmingham and Preston.

This may be a recurring addition but it’s inevitable considering the Chilean International’s ability to be as clinical as he is.

Whilst he doesn’t boast the division’s best goal conversion rate, he continues to be an important source of goals for Blackburn.

He netted four goals in a massive month for the Lancashire side, as Jon Dahl Tomasson’s side rose into the automatic promotion frame. 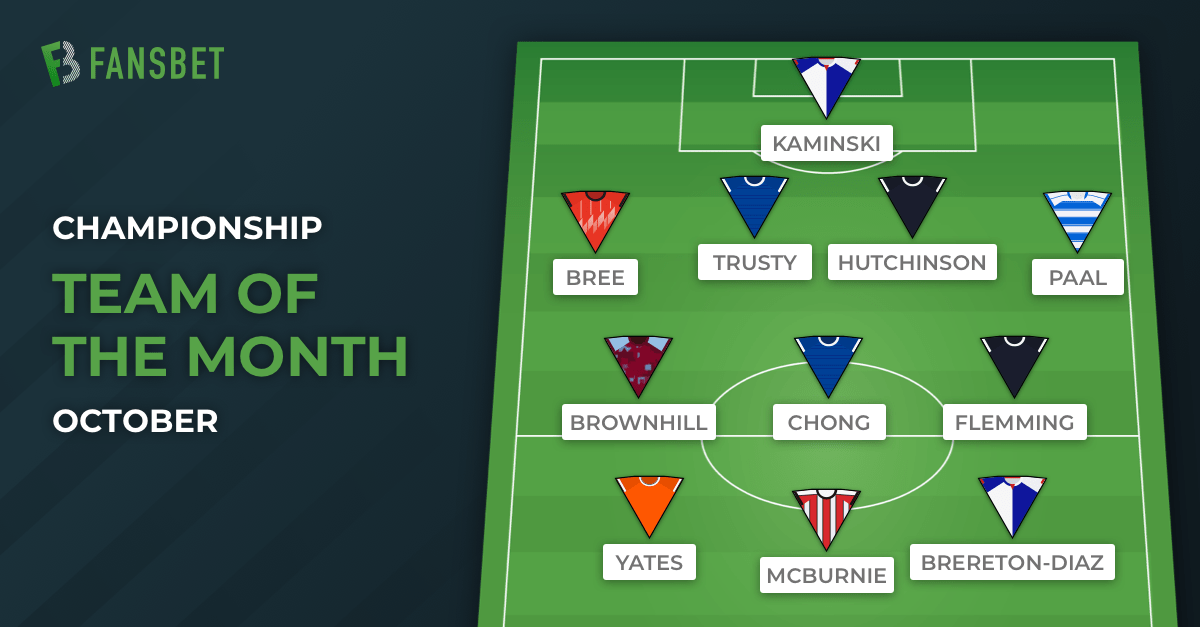