Well, where is the next clean sheet coming from?!

With the new, and almost enforced way of playing out from the back, the art of keeping clean sheets seems to be a dying one to me. The best managers that I have worked for, and even some of the worst that I intensely disliked, built their idea of a successful team on the ability to keep a clean sheet.

Managers now are almost being railroaded into a style of play regardless of the personnel at your disposal. However, one manager exempt from that statement is one of my old gaffers Sean Dyche.

He commands play in a way that all of his squad know exactly what is expected, what best suits his team, and how to get ultimate results against the opposition that is put before him each week.

Dyche is an extremely good manager, an excellent man-manager, and given the chance will manage at the highest level. He just needs the chance! 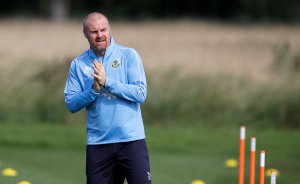 Teams are taking so many chances by trying to play out from the back, hence putting pressure on goalkeepers and defenders alike to play passes square, backwards and sideways that they are not comfortable doing, nor have the ability to execute.

That’s probably slightly unfair! The majority of defenders in the Premier League are more than capable and have the ability to play the passes I’ve just described, but struggle with decision making and ability to make the correct decision under pressure.

They are told by a manager, and have rehearsed a way of playing, but players are now scared to go against that and for want of a better phrase ‘put their foot through the ball’, and make their own choices on a football pitch at risk of going against what the manager wants.

A perfect example of this was Arsenal’s demise at Watford from what should have been a very comfortable 2 goal lead and Manchester City’s woeful defending away at newly promoted Norwich.

In my opinion Pep has a real problem with his centre half pairing currently, and the hasn’t been helped by the very recent side lining of John Stones. City’s defending has left somewhat to be desired. 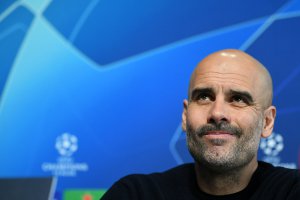 I’ve been doing my regular filming with the Anfield Wrap boys, and trying to predict the next clean sheet is near on impossible. Seeing the lads once a week has become part of my schedule, and I thoroughly enjoy my time filming, and the inevitable banter with them filming in different locations.

This week, much to Gareth’s disgust, I picked the Toffees to keep a clean sheet at home to Sheffield United. Manchester City’s defence at home surely cannot be as bad against a Watford team under new management, and I think that defensively minded Crystal Palace at home will surely keep a clean sheet against Wolves.

If you fancy a bet on the clean sheets FansBet special offer on my 3 is:

Looking at other fixtures this weekend and trying to find some value, I think the value is in the goal scorer markets rather than trying to predict who is capable of keeping a clean sheet given my recent history!

Friday night kicks off with a south coast derby between Southampton and Bournemouth. I feel that neither have settled into this season yet despite picking up points. It’s always a good game when these two meet and under the lights at St. Mary’s, I don’t see this one being anything different. Both teams will want a win, so for me this is a guaranteed both teams to score.

Burnley vs. Norwich will then be kicking off and Saturday afternoon. Many will argue that this is a tie for the Championship not the Premier League – I strongly disagree.

Burnley under Sean have more than proven their worth, and Norwich are well on their way to earning their Premier League stripes after last weekends win against Manchester City.

Turf Moor is a very tough place to visit hence why I back the Clarets to win a tightly fought game.

The big game this weekend that everyone will be tuning into is Chelsea vs. Liverpool on Sunday, and I am really looking forward to. It will be interesting to see how my old team mate Frank Lampard puts Chelsea onto a sound footing after an indifferent start.

I love what he is doing with the youngsters there after the embargo in the last window, he clearly has a vision and has been told that he has the time to implement this. He’s a very astute man and wouldn’t have taken the job without time to revamp the squad and bring through the youth that he clearly believes in and trusts.

Liverpool have surprised me so far regarding how they have continued their drive from last season, bar their recent hiccup in the Champions League vs Napoli, and they will prove more than a stern test for Chelsea.

Both teams have defensive frailties so it’s definitely not a shutout. Chelsea have nothing to lose here so may try and expose a fragile Liverpool defence.

I think Liverpool have too much quality going forward and will edge this, but it’s a definite both teams to score.

Have a great weekend and stay classy! Bet safe.