After a very successful international break, we are back to the business of the Premier League. England were impressive brushing aside Bulgaria and Kosavo with relative ease to increase their already impeccable undefeated record in World Cup and European Championship qualification that stretches over a decade; 34 wins and nine draws. Qualification rarely proves to be an issue for any England team, it is the next hurdle that we now need to overcome.

The Premier League weekend kicks off on Saturday morning with early pace setters Liverpool playing host to Steve Bruce’s Newcastle. Liverpool have been very impressive with the way they have gone about their early season business, recording a perfect start of four wins from four games and I can’t see that altering in any way this weekend against against a team who have an awful record at Anfield.

The value on the betting front certainly won’t be in predicting a winner, it’s in the correct score and goalscorer markets so I have created a special around this game for you Liverpool fans and of course anyone who fancies it. I’ve gone for the formidable front three all to score on Saturday. 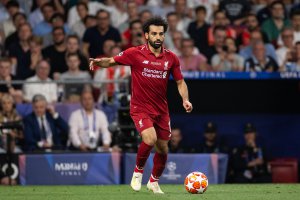 Another game I am going to be watching closely this weekend is Spurs vs Crystal Palace. This is a game that I think my old boys can use to really get their season kick started now that the uncertainty of the European window has closed.

A faultering start and the unrest around the squad can now all be hopefully laid to rest, well at least until January! A home game against Palace could be the answer, however, saying that Palace have had a fantastic start to the season and sit fourth in the league following excellent wins at Old Trafford and at home to Aston Villa last week.

It will be a tough game against what I think will be a defensively minded Palace, but I think Spurs will have too much for them on Saturday and I can see them winning with goals from hat trick Harry and the settled for a while Eriksen. 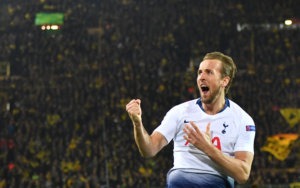 Sunday brings an interesting fixture at Vicarage Road with Watford, who are under new management yet again, against a very attack looking Arsenal side who have made a decent start to the season with their new signings Pepe and Ceballos impressing me.

A front three that Arsenal fans will argue is up there with the best in Lacazette, Aubameyang and Pepe are certain to feature and I tend to agree with the fans. These three players certainly have the potential to be very potent.

Arsenal at the back still have the usual questions hanging over them, but I think the eventual return of Rob Holding and the introduction of Kieran Tierney can only improve things.

Watford however, sit rock bottom of the league having only picked up one solitary draw from their opening four matches. I am surprised to see them there after becoming somewhat of a Premier League regular over the last few seasons.

Their form at the back end of last season, the heavy cup final defeat and the terrible start to this season have obviously all combined in the sacking of Javi Gracia and surprise re-appointment of Quique Sanchez Flores.

I can see a resilient and resurgent performance coming from Watford, but I think Arsenal have so much quality going forward they will outscore them.

My bet for this one is an Arsenal win with BTTS. 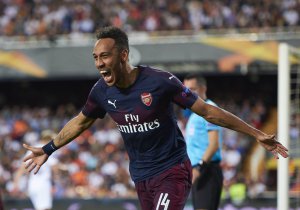 Another market we are going to start looking at here at FansBet and featuring more often in my blogs is the Women’s Super League, which started with a huge fan fair last weekend. I think it shows how far the women’s game has come in recent times when you look at the media interest and record crowds for the opening games last weekend.

There was a City vs. United derby that was played in front of a huge crowd at the Etihad Stadium, with City edging it with a 1-0 win, and a London derby played at an almost full to capacity Stamford Bridge between Chelsea and Tottenham.

The two games to look out for this weekend in the WSL are Tottenham, who play host to Liverpool on Saturday at 2pm, and a big game Sunday as Manchester United’s women hosting Arsenal.

Spurs narrowly missed out last weekend at Chelsea but I think they will get a 2-0 win in their first home game of the season.

Spurs to Win Against Liverpool at 2.25*

Good luck with your bets, bet sensibly and enjoy the return of the Premier League!