It's a major statement of intent and a deal we wouldn't have been able to do prior to the Hollywood takeover - fans react to Box Office move ahead of the new season.

Wrexham have confirmed their ambition for the coming season by signing history-making striker Paul Mullin as they look to return to the Football League for the first time since 2009.

Phil Parkinson’s men start the season at home to Solihull Moors on Saturday before a trip to Eastleigh the following weekend with many tipping the Red Dragons for promotion thanks, mainly, to the signing of one of the most sought-after strikers in the country.

The club landed last season’s League Two Golden Boot winner and Player of the Season on a three-year deal, beating a host of Championship sides to his signature in the process.

The 26-year-old striker made history last season, winning the Sky Bet League Two Golden Boot award for the 2020/21 with 32 goals – the most ever scored by a player in League Two.

Mullin scored 34 goals in 50 games for Cambridge as they secured promotion to League One having joined from Tranmere Rovers last summer following a loan spell at the club in the second half of the 2019-20 campaign.

The forward is something of a showpiece addition for owners – and Hollywood stars – Ryan Reynolds and Rob McElhenney, who are sparing no expense to lead Wrexham back to the Football League.

📽️ “The owners have had that heartache – Season One: The disappointment of Wrexham.”

The pair took 100% control of the club from the Wrexham Supporters Trust while making a £2m investment under the terms of the deal back in February.

At the time the new owners said funds will be made available immediately and first-team player identification will be a priority so the club is in the best possible position for the summer transfer window.

“The ambition of the club attracted me here,” Mullin said of his Wrexham move.

“Rob McElhenney (Wrexham co-owner) gave me a call a couple of nights ago – at that time, I wasn’t too sure about making the move.

“But once he outlined the plans for the club, and the plans for me in the future, it was something I really wanted to be a part of and something that just excited me that much that I had to come. 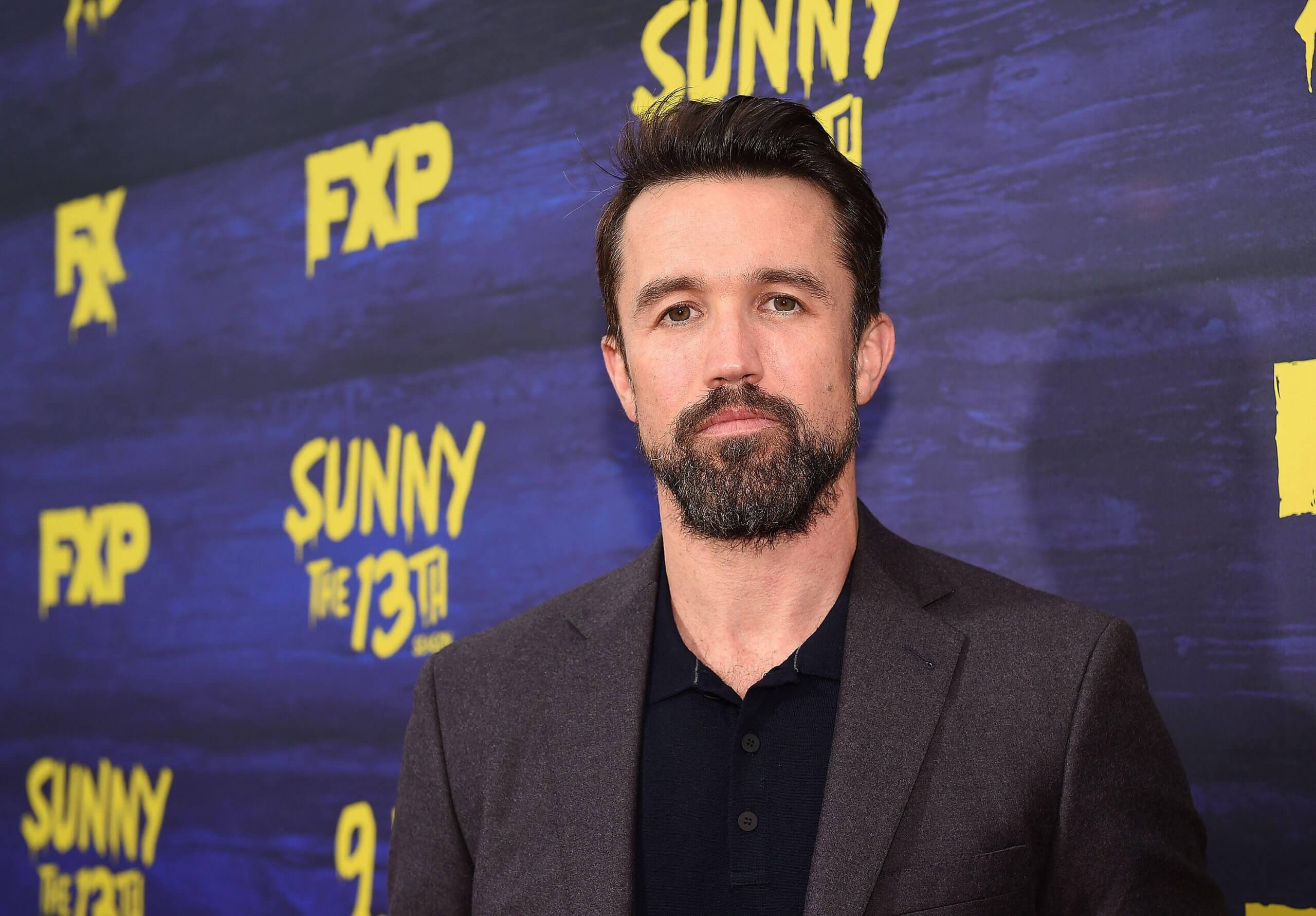 “He really sold the club to me. What they have planned for the club is magnificent and something I want to be a part of.”

And the huge significance of the transfer has not been lost on Wrexham’s fans, who see the move as a sign of things to come for the club which has been starved of league football for over a decade.

“The question that will continue to be asked is how did Wrexham sign League Two player of the season and Golden Boot winner Paul Mullin?” Nathan Salt from Rob Ryan Red told FansBet.

“The answer I think lies in the owners’ ambition as a Rob McElhenney phone call proved to be the difference.

“He said it himself that he was undecided and he got a call from Rob and he convinced him that for his own future that it was worth dropping out of the Football League.

“He had offers from the Championship supposedly but he’s not taken those and I’m sure there’s a great financial package been offered to him. 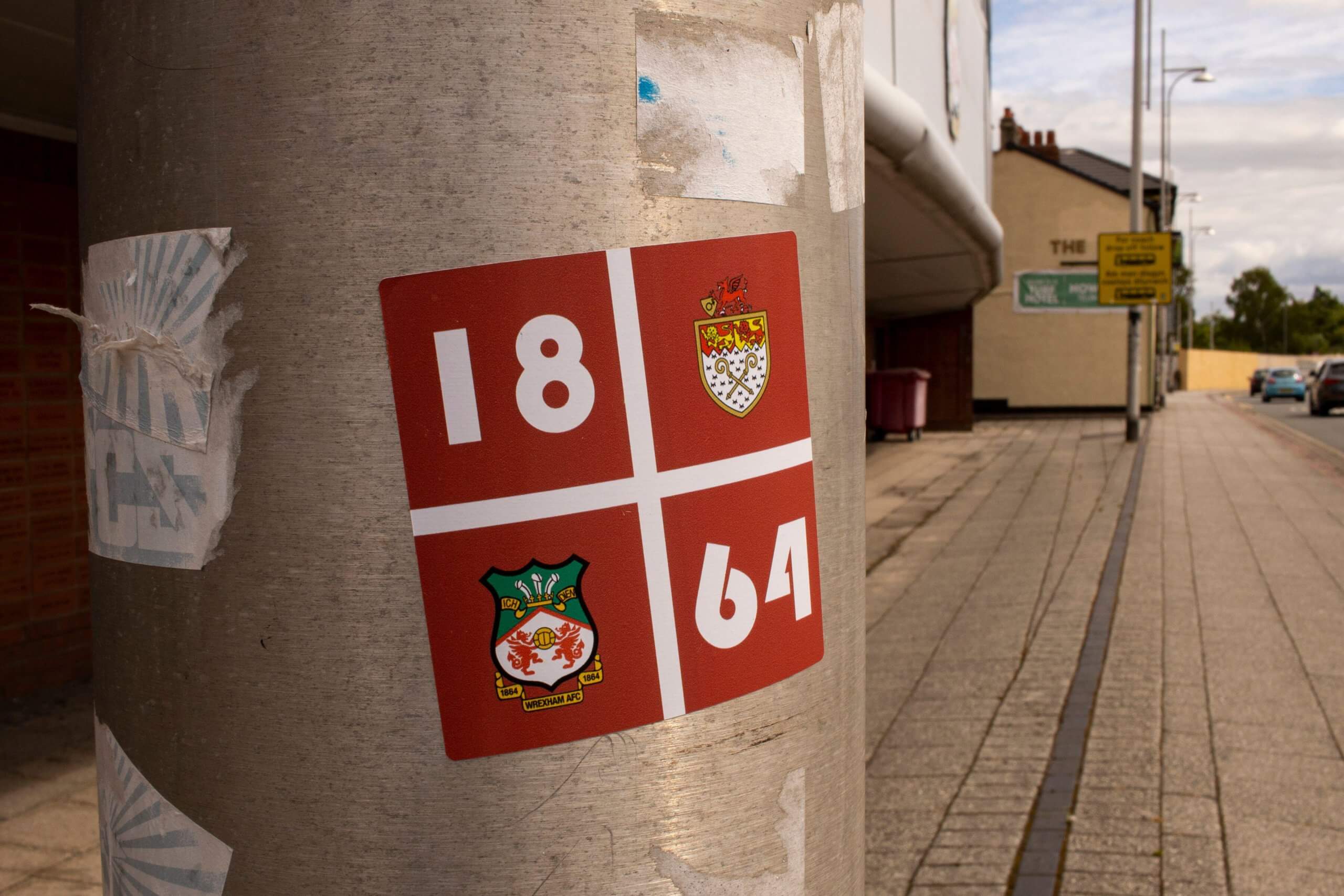 “I do believe this is a signing Wrexham couldn’t have made under fan ownership and this is a sign that the owners are in a win-now mode.

“They know that in the second season of a two-year documentary deal with sponsors like TikTok they need to win and get promoted.”

Formed in 1864, Wrexham is Wales’ oldest football club and the fifth oldest in the world, boasting proud traditions and many memorable moments.

In 1974, the club reached the quarter-finals of the English F.A. Cup for the first time and the next season they won the Welsh Cup, gaining qualification to The European Cup Winners Cup for a second time, with Wrexham reaching the quarter-final stage, eventually beaten by the eventual winners – Anderlecht.

A 15th place finish in what is now called the Championship back in 1978/79, was their highest since the end of World War 2 and the equivalent of 37th in the football league overall.

The team also earned itself a reputation as giant killers in cup competitions throughout the 70’s as they disposed of a number of top-flight teams to reach the quarter-finals of both the English F.A. Cup and the English League Cup in 1978.

In 1991 they faced Manchester United in the Second Round of the European Cup Winners’ Cup as Alex Ferguson’s men marched on to glory in the final in Rotterdam.

And just a year later, despite being at the bottom of English football’s Fourth Tier, they sensationally dumped league leaders Arsenal out of the FA Cup in the Third Round. 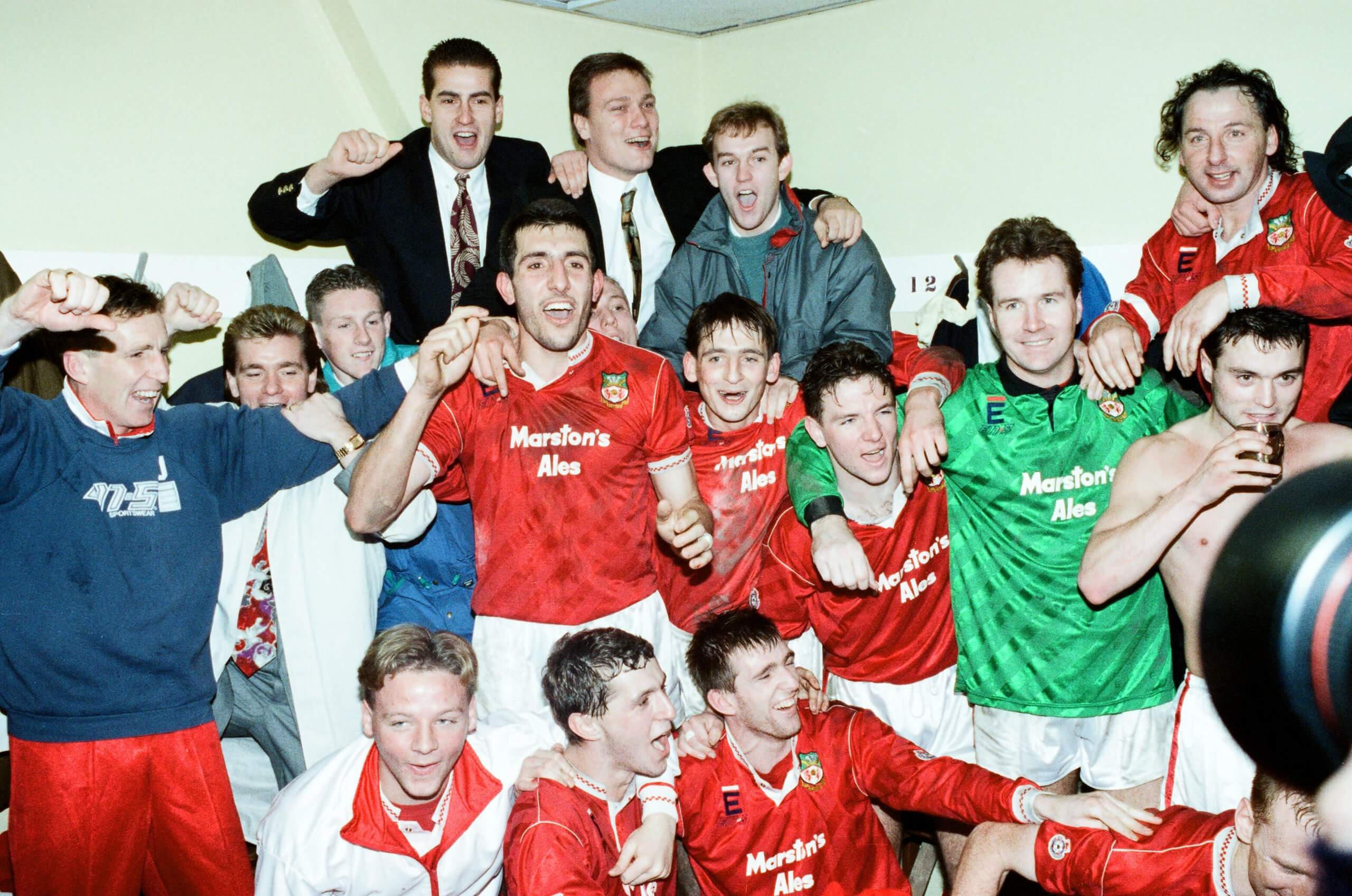 But after 87 consecutive years, the club’s long-established place in the Football League ended with relegation at the end of the 2008/09 season with the club yet to bounce back to the big time.

They made the Conference play-offs three seasons in a row between 2011 and 2013, losing twice to Luton Town before making the final in 2013 when they were beaten 2-0 by Newport County.

“In non-league it’s title or bust really,” says Nath. “Otherwise you have to go into the play-offs. We got 98 points in 2011/12 and didn’t make it through the play-offs, losing the final to Newport County.

“We lost the play-off eliminator at home against Eastleigh a couple of years ago and missed out on the last day of last season away to Dagenham when we started the day in the play-off places.

“So the owners have had that heartache and the disappointment of Wrexham and now need to win and I feel like Paul Mullin is the perfect signing in many respects.

“He doesn’t have the sustained level of success over his career, last season was what many feel was something of an anomaly. 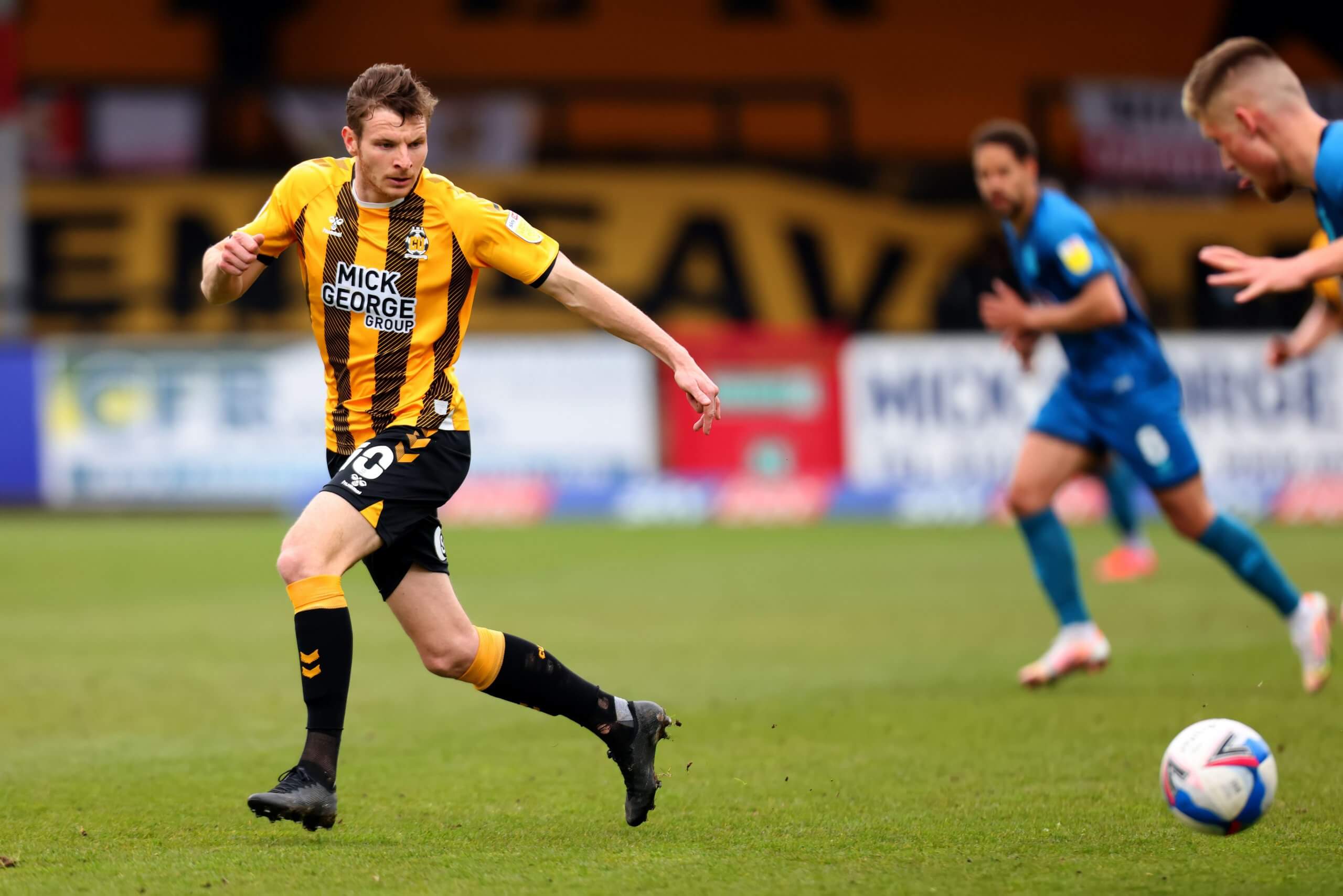 “But for Wrexham Football Club, it’s a major statement of intent and a deal we wouldn’t have been able to do prior to the Hollywood takeover.

“What it says is that he has to deliver, he’ll be far and away our best-paid player at the club by a country mile I’d imagine and whether there are more signings to come who knows?

“He’ll be the guy that the pressure will land at his door to get us promoted and there’s already talk of him getting 30 plus goals.

“I’m not sure it will be that simple, but fingers crossed he is the man that can get Wrexham back to the Football League.”