One for the Road: When teams have played at neutral venues

With Manchester United turning their attention to Turin, Liverpool Budapest bound and Arsenal relocating to Rome, Matthew Crist looks at the times that teams have been forced to play away through no fault of their own.

For most of us a home game means just that; the normal pre-match routine, not to mention our favourite place in the ground and being surrounded by familiar faces.

Then there’s the advantage it gives the players who are accustomed to their surroundings and will try and use this to get one-over on their opponents.

But every now and again, a strange twist of fate means that none of the two teams facing each other on the day are actually the “home” team as a neatral venue is used to decide the outcome of a match.

So with a number of European games having to frantically be moved to a host of venues across the continent, here are some of the occasions that teams have been forced to find a home away from home. 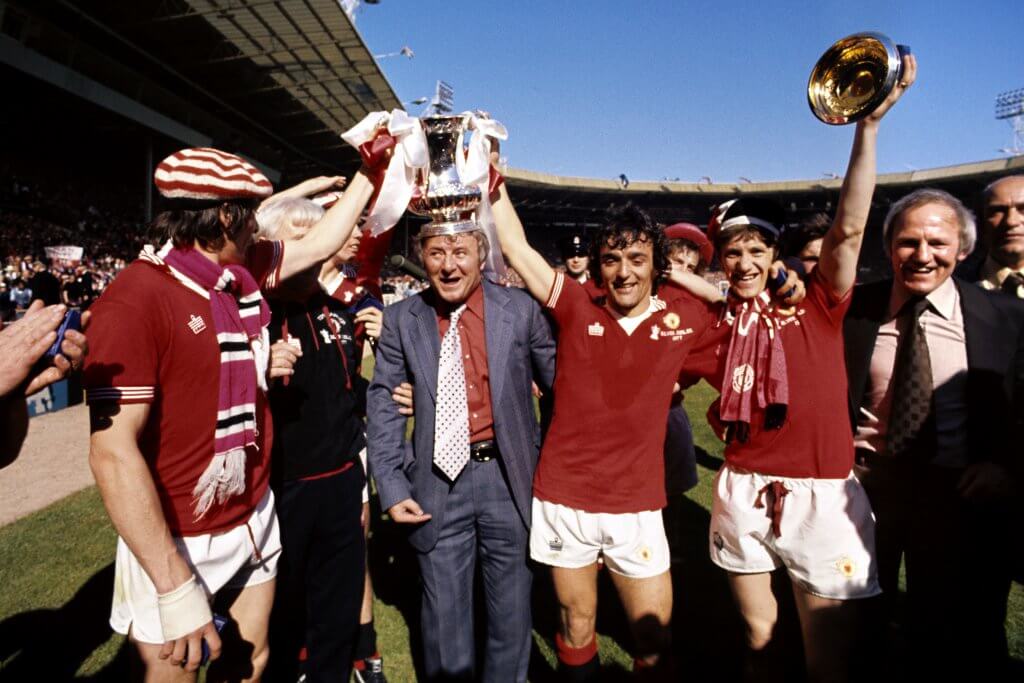 Manchester United’s side of the mid-1970s was renowned for its attacking flair under the guidance of flamboyant manager Tommy Docherty, though there was an element of the huge army of travelling fans that had something of a reputation too and loved nothing more than a good punch-up.

So when United’s hooligans went on the rampage after a 1-1 draw in the first-leg of a European Cup Winners’ Cup tie against St Etienne in southern France the club was thrown out of the competition – only to be reinstated on appeal on condition that they played their “home” leg 280 miles from Old Trafford.

United’s best option was Plymouth’s Home Park and they won the second leg 2-0 in front of 30,000 fans to progress 3-1 on aggregate. To the relief of the authorities, the club’s European exploits didn’t last long, however, as they went out in the next round after losing 6-5 on aggregate to Porto. 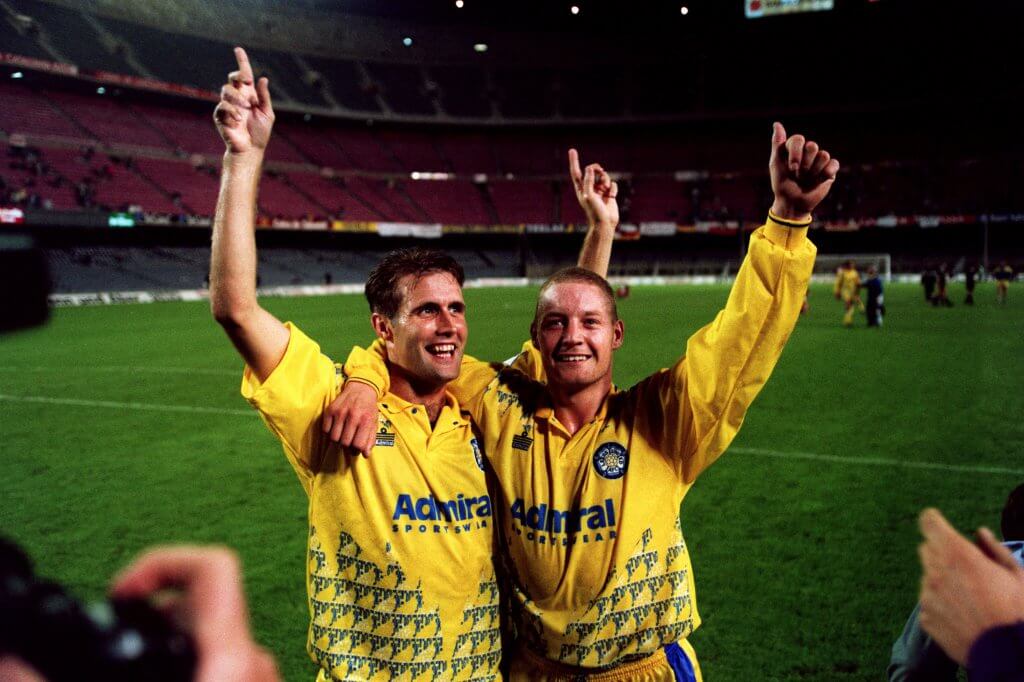 When Leeds United beat Stuttgart 4-1 at Elland Road in the second round of the Champions League it was looked upon as one of the most gallant fightbacks in European football, having trailed 3-0 from the first game they were only to depart the competition on away goals – or so everyone thought.

It turned out that Stuttgart had breached the tournament rules by using four ‘foreign’ players, rather than the three then allowed and UEFA awarded the game to Leeds 3-0, which left the clubs level on aggregate and meaning that a play-off should take place almost 2,000 miles away in Barcelona.

For the third match, the two sets of players lined up in front of an estimated crowd of around 7,000 in a stadium which could hold 120,000, leading to something of an eerie atmosphere, to say the least. With the game heading towards extra-time 31-year old Carl Shutt came off the bench to write himself into United folklore and put Leeds through with a 2-1 win. 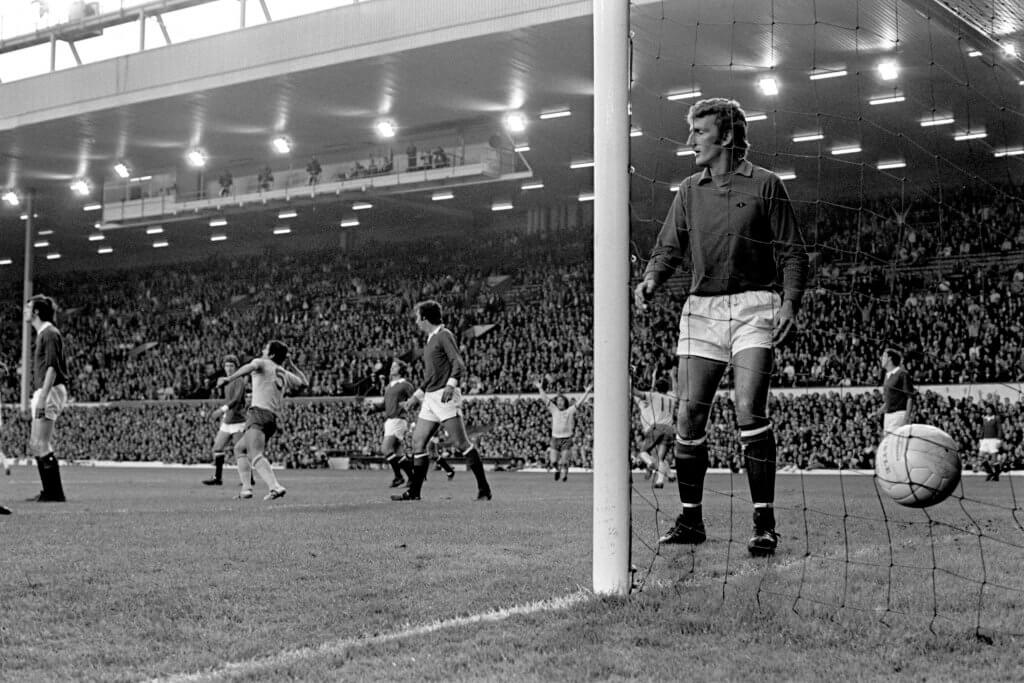 The 1970/71 campaign had been blighted by a series of violent encounters involving United’s fans, but none worse than a game against Newcastle United at Old Trafford, which had seen home fans throwing various objects, including knives, at their Geordie counterparts.

As a result, Manchester United were ordered to play their first two home games of the following season on the road with Stoke City’s Victoria ground one of the venues and Liverpool’s Anfield stadium the other for a Friday night encounter against reigning champions Arsenal.

In front of just 27,649, with United fans standing on the Kop, home of their fiercest rivals, the “home” came from a goal down thanks to strikes from Bobby Charlton, Alan Gowling and Brian Kidd to seal an impressive 3-1 win in the most unusual circumstances – a victory which saw them storm to the top of the table before eventually finishing 8th. 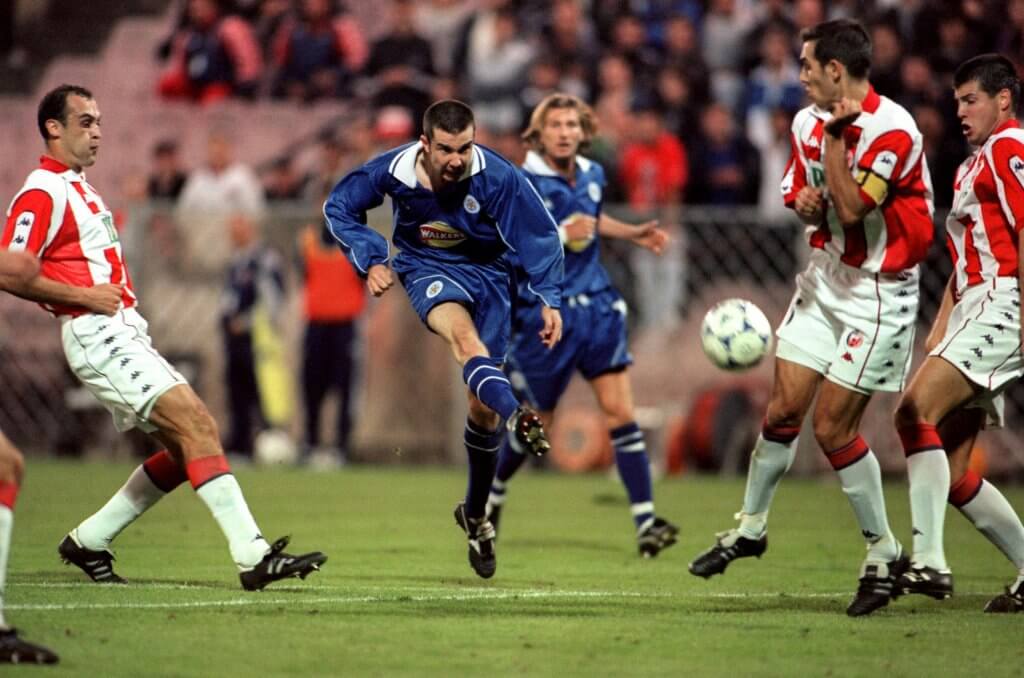 Having defeated Tranmere Rovers 2-1 in the 2000 Worthington Cup final, Leicester qualified for the UEFA Cup the following season and were drawn against former European Champions Red Star Belgrade in the competition’s first round, meaning that the Foxes faced an intimidating trip to Serbia and Montenegro three days before the country’s elections.

Political tensions were so high in the federation at the time that there were fears that Red Star couldn’t guarantee the safety of Leicester’s players so eventually, after Red Star failed to provide assurances over security, the tie’s second leg was moved from Belgrade to SK Rapid Wien’s former home, the Gerhard Hanappi Stadium in Vienna, Austria.

A 1-1 draw in the first leg left everything to play for in Vienna with Red Star emerging with a 3-1 victory for a 4-2 win on aggregate on a night marred by accusations of racial abuse aimed at City players Andrew Impey and Ade Akinbiyi, coaches taking the Leicester fans to the stadium were pelted with bricks and bottles while Slavoljub Muslin, Red Star’s manager, insisted that he would never shake hands with his opposite number – Peter Taylor.