Wright was 28 when he signed for Arsenal but would go on to become the club's leading goalscorer, while also winning an impressive haul of trophies at Highbury.

Arsenal caused something of a surprise when they signed Ian Wright from Crystal Palace for a then club-record fee of £2.5million on September 24, 1991.

While Wright had proved himself as a regular scorer in his two full seasons in the First Division, heads turned at the size of the fee for a player just weeks short of his 28th birthday.

At the time, doubts were expressed about the wisdom of paying so much for a player who had spent six seasons at Selhurst Park after coming into professional football relatively late.

Wright had signed his first professional forms aged 22 after being spotted playing in the local non-leagues for Greenwich Borough, before going on to score 117 goals for Palace.

But Wright’s impact on Arsenal was immediate with George Graham saying in his autobiography: “Ian lit up the pitch and dressing room with the electricity of his performances and his personality.” 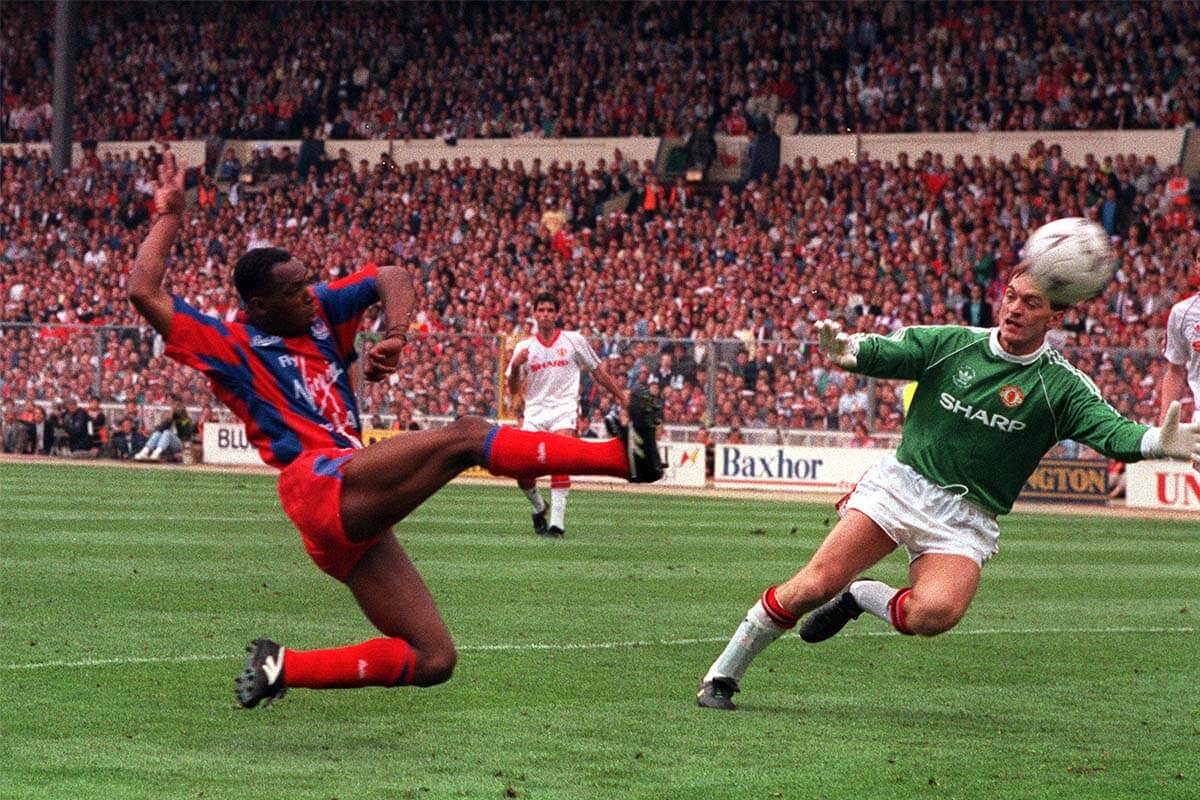 Less than a week after his transfer, he scored his first Arsenal goal in a League Cup tie against Leicester.

And on September 28th, he marked his first league game for the Gunners with a hat-trick in a 4-0 victory away at Southampton.

Wright finished the season as the First Division’s top scorer, beating Gary Lineker to the Golden Boot on the final day of the season with another hat-trick against Southampton.

During his time with the North London club, Wright would be the club’s top scorer for six seasons in a row while also winning two FA Cups, a League Cup, a European Cup-Winners’ Cup and the Premier League title in 1998.

He would go on to overtake Cliff Bastin’s 178 goals and become Arsenal’s all-time top scorer with 185 in 1998 – until a one Thierry Henry turned up.

“Back then it was a really high transfer fee to pay,” Gav from She Wore a Yellow Ribbon tells Fansbet.

“We were blessed up front with the likes of Alan Smith, Kevin Campbell, Niall Quinn, etc; so it was a little bit baffling that we spent that much on a position we weren’t really that worried about.

“I only ever watched Arsenal and he never did any damage against us in the past, so he wasn’t someone up there as a top-class striker.

“He got his chance at Leicester. He wasn’t supposed to play by all accounts, it was only due to an injury that he started the game, but he took the chance and flew from there.”

Gav recalls the aforementioned league debut and hat-trick versus Southampton as his favourite Ian Wright memory.

“It’s really hard to break down the goals he scored to have a favourite, but the goals scored away at Southampton when he was playing with [David] Rocastle.

“I was there that day and it was going absolutely potty in the away end, so that has to be up there in terms of my favourites.”

“I guess he was such a favourite amongst fans because you could see what it meant to him,” Gav adds.

“He came into the game late as a player and came to us late on, and he fought, he battled and he was a total heart-on-the-sleeve player – something that’s almost missing in today’s game.

“I would love him right now. Arsenal could do with a player like Wrighty up front at the moment. We need somebody who doesn’t mind chasing back, he always tracked back, he was always running in on the ‘keeper and getting the rebounds.

“But at the same time, he actually scored some absolutely wonderful goals from the edge of the box and outside the box as well, so he’s probably better than what we’ve got at the moment by a long chalk.

“Wrighty was actually very unlucky that we’d waited over 40-years for someone to break Cliff Baston’s goalscoring record for Arsenal, then Wrighty does it and then in under 10 years the record is broken again by Thiery Henry.

“But among Arsenal fans he’s right up there with Henry, Bergkamp and Tony Adams when it comes to the most popular players.”