Nottingham Forest: ‘The start of the season has been an unmitigated disaster.’

After four straight league defeats, a midweek Carabao Cup mauling and not registering a shot on target at Stoke last week, Forest fans could be forgiven for venting their anger.

Four successive league defeats. No points. Three goals scored. Seven against and not a shot on target against Stoke City.

Those are the grim statistics posted by Nottingham Forest so far this season as, not surprisingly, they find themselves rooted to the bottom of the Championship.

And to make matters worse, they were dumped out of the Carabao Cup on Tuesday night following a 4-0 home defeat to Wolves.

Forest limped to a 17th place finish last season after Chris Hughton had replaced Sabri Lamouchi in October, but any optimism among supporters that the club might push for promotion this campaign appears to have already dissipated.

Devoid of precious little hope and fearing a relegation battle, the Forest faithful have voiced their opinion in recent days – both in person and on social media.

“The start of the season has been an unmitigated disaster,” Forest Fanbase tells FansBet. 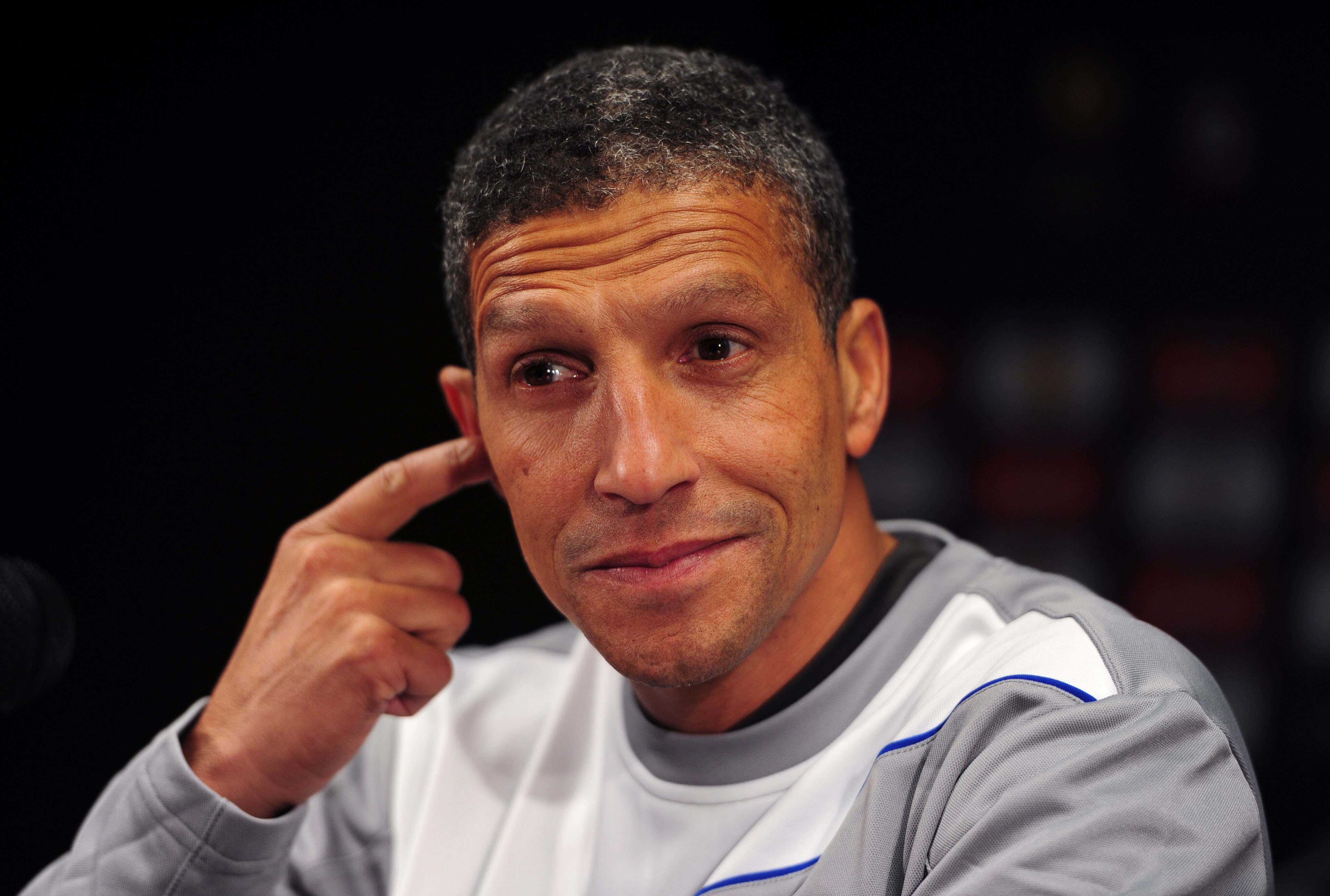 “We are short of players and the team selection and tactics have been very, very negative. It’s a continuation of the way we played for nearly the whole of last season so not unexpected.

“We aren’t able to create any opportunities and seem satisfied with this state of affairs as it’s repeated every game.

“The difference with the kids playing in the Carabao Cup is like a breath of fresh air in an especially fart-filled lift.”

But Baz from 1865: The Nottingham Forest Podcast has a more pragmatic outlook when it comes to the situation at the City Ground.

“We knew this was going to be a transitional season and to their credit, the board admitted that the strategy of the past four years has failed,” he says.

“They’ve brought in a new recruitment team and Dane Murphy as the CEO, which is a big change from how things were done before.

“Many of us expected another season of rebuilding.”

💬 “I suspect that Hughton’s style doesn’t fit with our new CEO’s outlook, so the pressure is building.”

Like Hughton, the 48-year-old Lamouchi had overseen four defeats to start the new campaign, having missed out on the play-offs on the final day of the previous season.

The former Spurs defender has been out of work since his sacking by Brighton at the end of the 2018/19 campaign – although Hughton did keep them in the Premier League, despite a poor run of results at the end of his reign.

Hughton steadied the ship when he arrived at Forest, steering them clear of relegation danger, even if it wasn’t always pretty to watch, though there appears to be little sign of progression since.

“We expected this and expected a struggle again throughout the season simply because of this negative approach. The players are almost secondary,” says  Forest Fanbase. 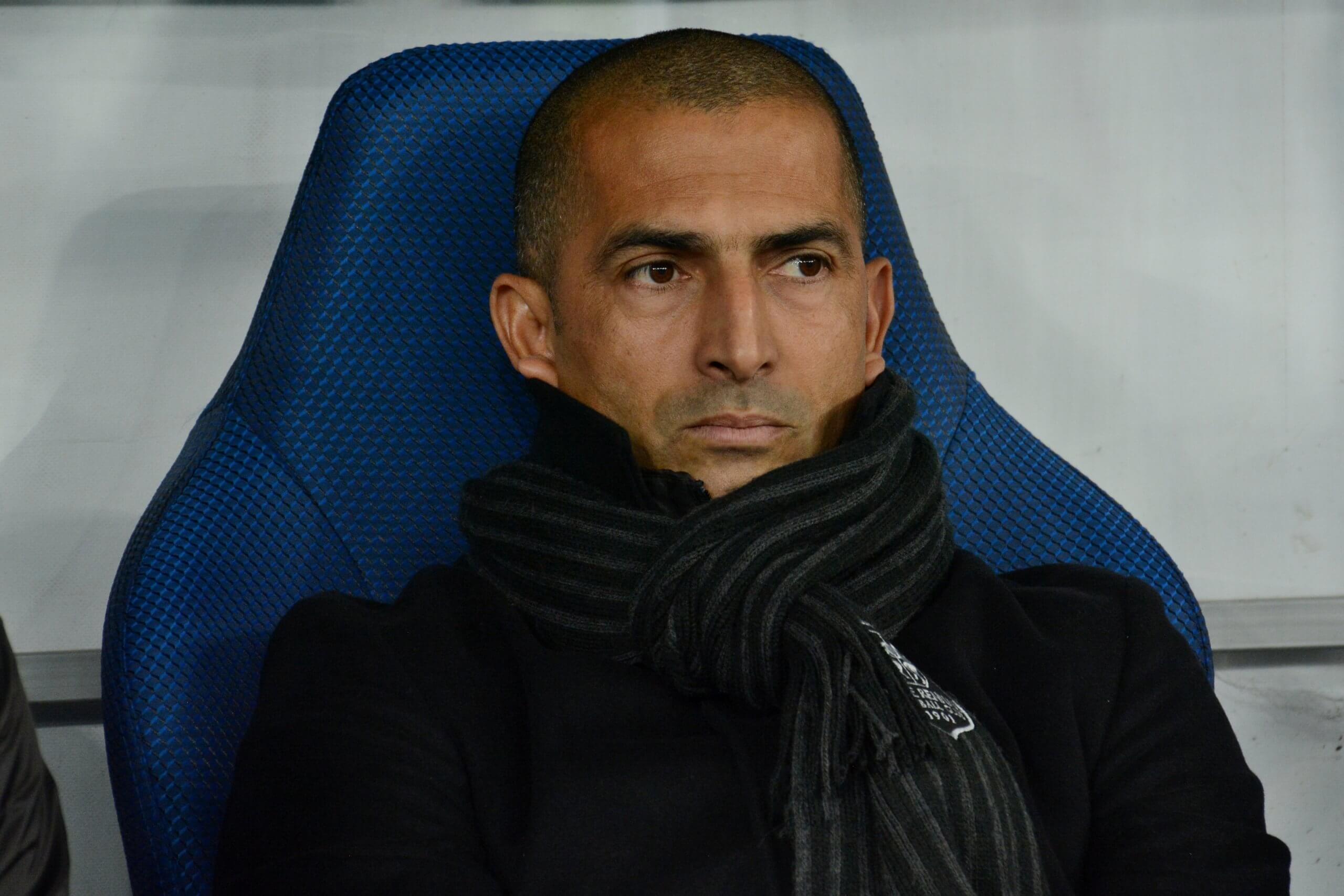 “Good players become bad ones quickly playing this brand of football. It could change, but never will until the approach does.

“Nearly everyone agrees that Hughton has to improve things a lot. It’s just a matter of whether fans think he will ever change anything or never will now.”

A sentiment that Baz echoes, particularly after the recent midweek home defeat to Blackburn Rovers.

“At the Blackburn game the other night there was a moment  where he’d lost the fans,” he says.

“We knew he was a defensive guy and we knew he was cautious, but when you’re trailing you don’t want to see us sticking with two defensive midfielders.”

Aside from the odd standout individual performance, straws to clutch at have been few and far between for Forest fans so far this term.

An impressive display from 18-year old Fin Back at Stoke on his full league debut was perhaps the only positive.

The manager will no doubt point to a lack of signings along with rotten luck through injuries, illness and suspensions which have left a lot of holes to be filled.

James Garner, who returned to the City Ground on a season-long loan from Manchester United, became the club’s fourth signing of the summer along with goalkeeper Ethan Horvath, midfielder Philip Zinckernagel and full-back Jordi Osei-Tutu.

And Hughton has said that the end of the transfer window will really be the time to judge this team, though supporters may not be prepared to wait until then. 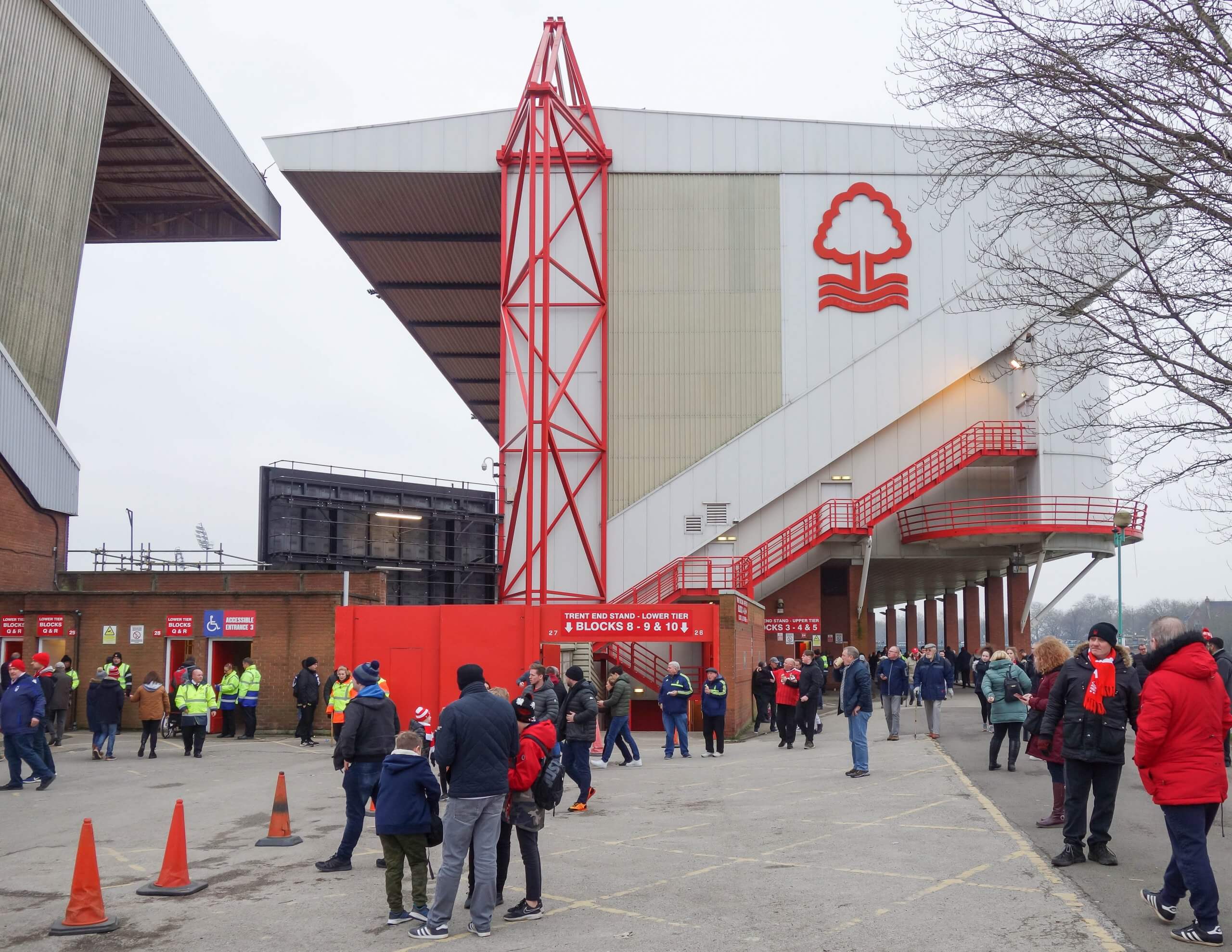 “Without doubt, his job is severely under threat,” explains Forest Fanbase.

“We wasted last season by sticking with Sabri who oversaw the most horrendous capitulation in football history after which he should have walked. Not for failing but for the way he did it.

“Hughton has bizarrely carried on from the same playbook. Exactly what we didn’t need. What he said at his interview I cannot imagine but it can’t have been this.

“I think now the vast majority don’t want to allow him any longer to achieve nothing. For myself, I haven’t seen any progress at all.

“I was already worried very early this year. Since then I have seen absolutely nothing that’s given me any hope that he has any positive vision or ideas to turn things around.”

“He foolishly seemed excited by the return of the fans to The City Ground. He appears to inhabit a land where all common sense and football logic is suspended.

“He cannot recognise a decent footballer, pick a captain, motivate his team, show any progress or even offer plausible excuses.

“He’s quick to blame the players, talk as if we’re playing Brazil every week and just go through the motions. How can he inspire anyone?”

But Baz feels it’s not the fans who Hughton needs to win over, more so the club’s owners.

“The noise from the club has been that they’ve always been very impressed by Hughton, with his experience and his professional approach,” he explains.

“But the owner is not the person that you want to get the wrong side of, while I also suspect that his style doesn’t fit with our new CEO’s outlook, so I think the pressure is building.”

Following the cup exit to Wolves, things don’t get any easier for Hughton as Forest face bitter rivals Derby County at Pride Park on Saturday in their final fixture before the international break.

A tough fixture at the best of times, but a crunch game away to your fierce rivals is far from the easiest of tasks when the heat is already on, even if the Rams have plenty of problems of their own this season.

“I’d like to think Saturday will be his last chance, as he’s already had far too many, and done so little, as it is,” say Forest Fanbase.

“I wouldn’t mind but he has shown no willingness to change or try anything different – just repeating the same thing every game is never going to result in success.”

“It’s something of a tradition for managers to lose their jobs after the Derby game so it would be typically ‘Forest’ for us to win at Derby.

“They are certainly nothing special themselves and ordinarily you’d fancy your chances of turning them over every day of the week.”

Baz also believes that defeat to Derby on Saturday could well be the final nail in the coffin for the club’s beleaguered boss.

“If we lose then Hughton’s relationship with the fans is going to be completely irretrievable,” he says.

“I just don’t see how he can come back from that and that’s a really sad state of affairs as most of us know that he’ll just be the latest in a long line of managers who have failed at this club and that suggests the problems run much deeper than just who sits in the dugout.” 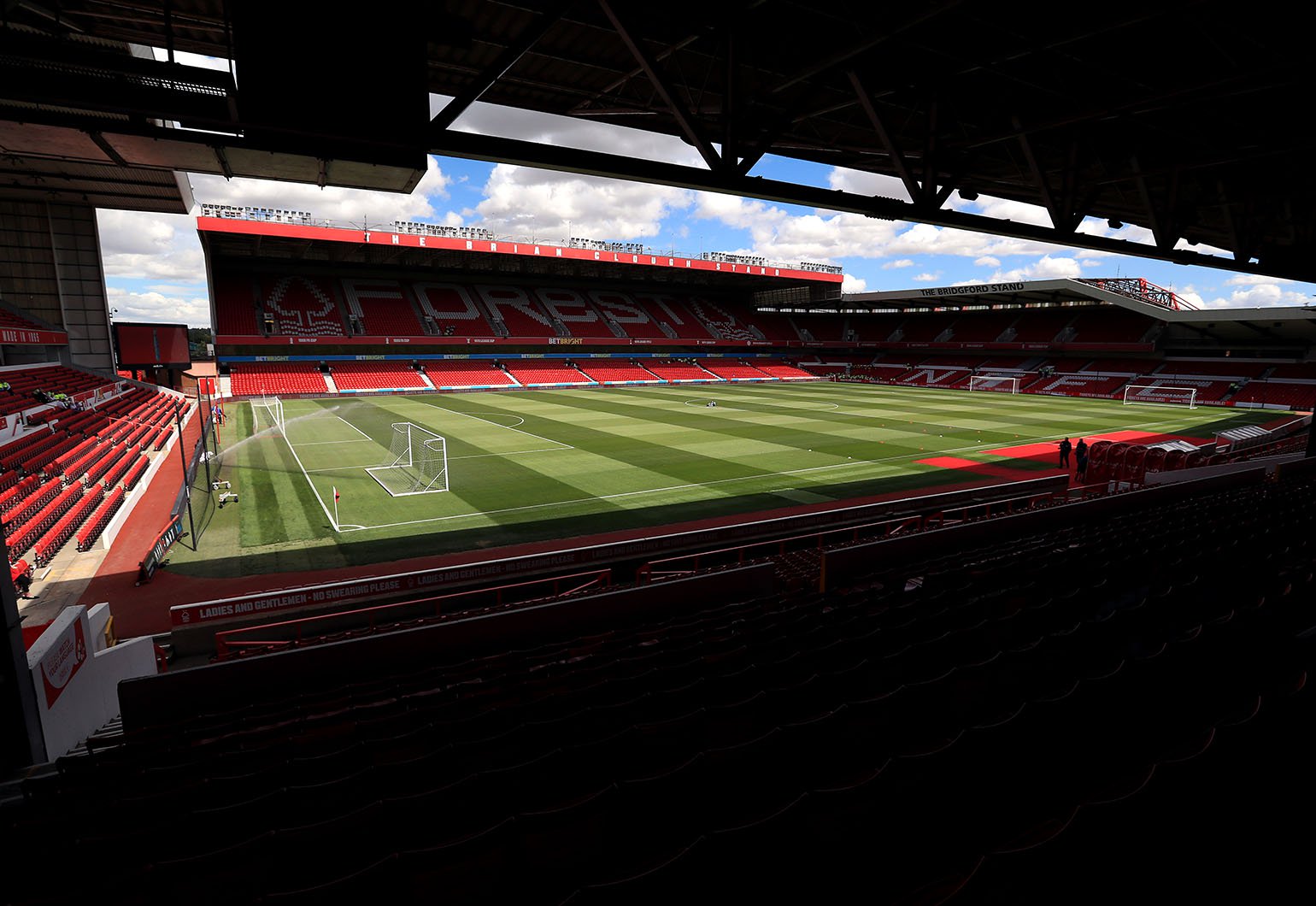 So with Hughton seemingly drinking in the last chance saloon, even if he overcomes this next huge hurdle, what can Forest fans expect for the remainder of a season which appears to be over before it’s even begun?

“If we can keep hold of the ball, especially in the middle of the park when we’re under pressure, then we might stop conceding and start creating,” says Baz.

“But whether Hughton stays or goes, this season is already a write-off and we’ll be glad to reach mid-table.”

“I expect the same as virtually every other game since the start of lockdown,” reveals Farest Fanbase.

“Win, lose or draw that game though – this approach isn’t one that will never win you promotion.

“Once again we have thrown away any serious chance of promotion almost before the season started. We will be very lucky if we manage to get into the top half this season.

“Expect the threat of relegation to be a serious prospect for most of the season thanks largely to the awful start and lack of ambition from the first whistle.

“Let Andy Reid pick the team and tactics for the rest of the season and Chris make the tea then at least we can watch some football and make some progress. We don’t need to sack him really, just give him a job he can do.

“Unless he proves otherwise I’m happy to give him a chance with the refreshments – although I do anticipate they will be very old school and uninspiring, unfortunately.”