Nottingham Forest: Big managers mean nothing at the City Ground, so let’s get behind the unknown Sabri!

As Nottingham Forest embark on their 21st season outside of top flight football, Steve Corry from Forever Forest gives us his insights into a new season with another new manager.

May 1999 saw Nottingham Forest relegated to the second tier of English football. Within weeks, Manchester City scrambled their way up from the division below courtesy of THAT play-off final victory over Gillingham.

The contrasting fortunes of both clubs could not have been starker if you’d caressed the world’s biggest crystal ball, whilst employing Mystic Meg as your director of Clairvoyance. City have become a European powerhouse whilst the Reds, once famous for their exploits on the continent, are more synonymous for the hiring and firing of managers. 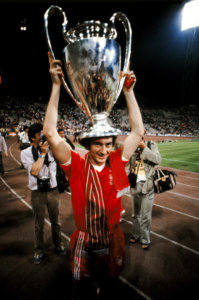 The Reds have just begun their 21st season outside the Premier League and have another new man at the helm. Sabri Lamouchi is the latest in a long line of managers and coaches that are charged with guiding us back to the promised land.

Lamouchi is something of an unknown as far as coaching goes; the only tangible achievement being a fifth-place finish in France’s Ligue 1 in 2018. However, this matters not at Forest.

The supposedly big-name managers have all crashed and burned before having their wings extinguished in the River Trent. Ron Atkinson, David Platt, Steve McLaren and Alex McLeish are testament to the tragedy of the tricky trees in recent history. Alternatively, men like Paul Hart, Ian McParland, Frank Barlow and Sean O’Driscoll constitue relative success stories.

In laymen’s terms, names mean nothing at the City Ground!

I’ve managed to gauge the reaction of Lamouchi’s appointment and of our promotion chances with him in charge. The overwhelming, opening gambit of almost everyone I spoke with was identical; if he survives a full season without being sacked, we’ve got a chance!

Jesting aside, I think the general consensus among Nottingham Forest supporters is one of ambiguity and uncertainty. Which makes the rest of the season unscripted, and more exciting in ways.

Many fans expressed their distain at Martin O’Neill’s appointment following the nebulous departure of Aitor Karanka at the turn of the year, and in fairness, it was a left-field appointment when all’s said and done. Ten years too late one might say. Neither the Spaniard nor the Irishman ever really floated my boat, but I gave them my full support.

So, we must once again look to the future and get behind Sabri, no use in crying over spilt milk as they say. Good job, because given our exploits over the last two decades we’d put Cravendale out of business! 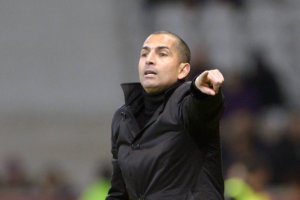 My overriding hope for the campaign ahead is that we can be a bit more expansive under the new coach, we’ve become too used to scoring a maximum of two goals and waiting for months on end to register back to back wins like it’s some massive achievement.

If you want promotion, you have put winning runs together as opposed to the safety of lots of draws. Aston Villa or the perfect example of such a mentality.

People will be quick to point out that to win games you need strikers, something we don’t have an abundance of. Whilst the lack of recruitment in this position concerned me during the transfer window, it’s not the end of the world going forward, if Lewis Grabban stays fit and focussed.

Nottingham Forest to have a top 2 Finish (excluding play-offs) at 12.00*

The club has precured some solid signings across the back line and especially in the midfield. In my view that’s not a bad way to begin, defend first and earn your attacks.

What has also gone slightly under the radar is the imminent return of João Carvalho from injury, which could well masquerade as a new signing. The young Portuguese should be raring to go having been shackled by Martin O’Neill for most of his tenure at Forest.

The likes of Samba Sow and Alfa Semedo in the midfield will hopefully allow us to lose the tag of being lightweight, which has been an accurate criticism of NFFC sides over the last five or so years. Jenkinson and Ribeiro will offer more balance to the back four whilst those henchmen in midfield will provide the brawn that I’ve alluded to.

If he stays fit, nothing wrong with that Jenkinson signing, it is good business! #NFFC

Despite the lack of options up front, I think that with the players at our disposal we can at least stay in the hunt until January. And that’s what the Championship is all about, not falling too far behind the pack before you recruit again.

Misguided optimism rules my heart yet again but if Lamouchi’s troops can teeter around the play offs, my overbeaten head suggests that by adding a striker in the new year, we might be in the mix come May 2020!