"Norwich were certainly not as bad as the scoreline suggests and there's definitely reasons for encouragement," says Joe Hinchcliffe from Canary Cast.

Despite a 3-0 home defeat to Liverpool on the opening day of the season, Norwich manager Daniel Farke remains optimistic for the coming campaign at Carrow Road.

Mohamed Salah scored one and provided two assists as Liverpool got their Premier League title bid off to a winning start with a comfortable victory over the Canaries on Saturday night.

Salah got his side’s third to become the first player to score on the opening weekend in five consecutive Premier League campaigns, capping a fine display after earlier setting up Diogo Jota and Roberto Firmino.

But the Norwich boss saw plenty to leave him feeling optimistic ahead of a season in which his side will be battling to avoid an instant return to the Championship following promotion for the third consecutive time. 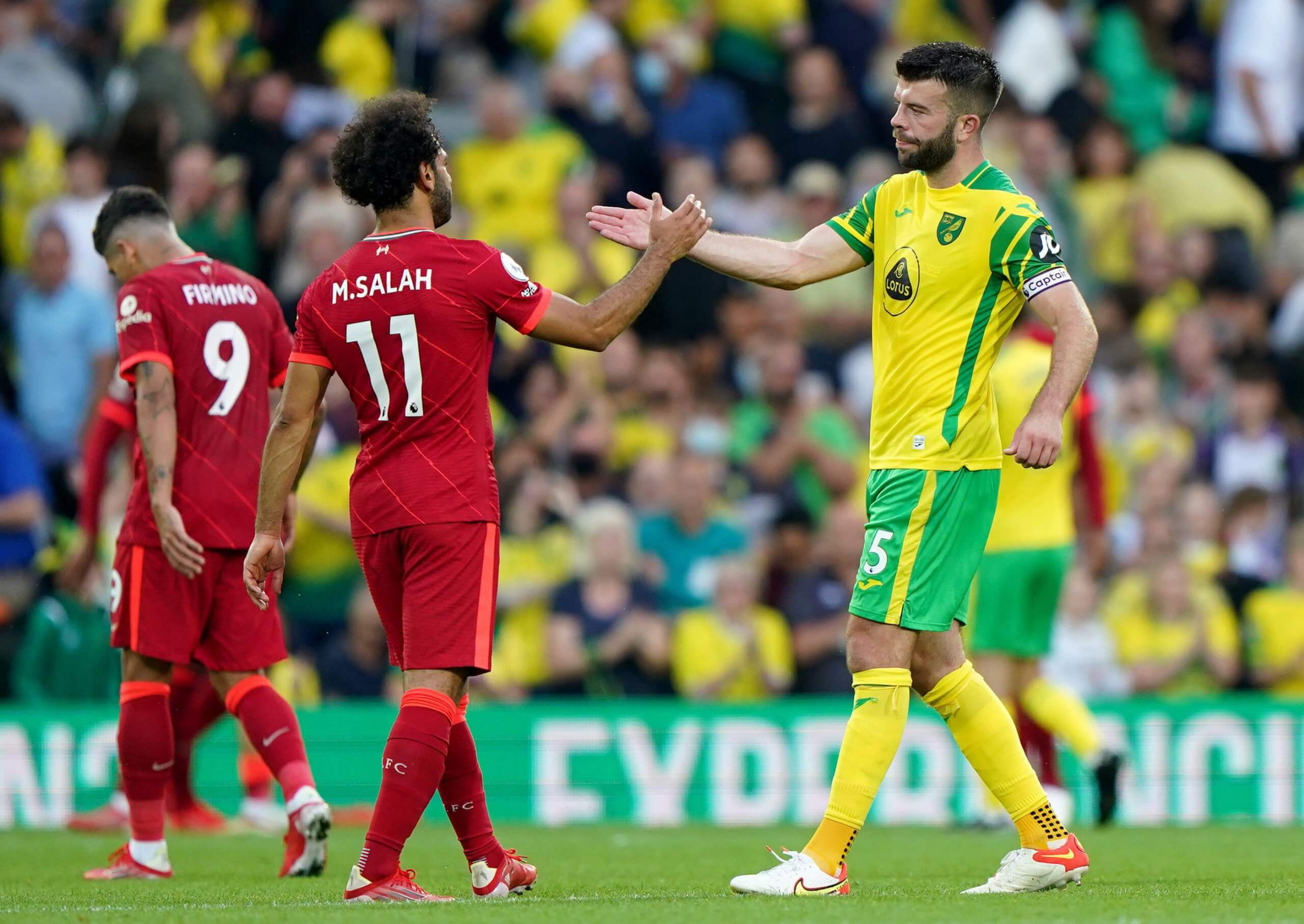 “In these moments you feel pretty small and emotional and humble and unbelievably grateful to work in this role for these amazing people,” said Farke talking of the return of fans to Carrow Road.

“It showed to me they felt we had such a difficult pre-season and we needed that support. I am sure the warmness was also some appreciation for a record-breaking season for the club.

“The players deserved that but the fans did as well for being reunited with them. As long as we have that unity I don’t fear this league. I am sure we can have some beautiful moments together this season.”

Farke’s confidence comes from the quality of transfer signings with many of his new additions getting their first taste of the Premier League as Milot Rashica, Chelsea loanee Billy Gilmour and Pierre Lees-Melou all started before Josh Sargent was introduced for a late cameo.

And it’s not just the boss who is looking on the bright side despite the 3-0 loss, with City fans sharing the German’s optimism for the remainder of the season.

💬 “It wasn't as bad as the scoreline suggested. It was really encouraging.” 👏

“It wasn’t as bad as the scoreline suggested,” Joe Hinchcliffe from Canary Cast told FansBet.

“Daniel Farke said as much in his press conference. For 60-65 minutes we were in the game, we made a real good fist of it and had a lot more of the ball than I expected us to.

“We completed more passes than Liverpool and we definitely had our lion’s share of the ball, no other recently promoted team has got anywhere near that for completed passes, certainly not against Liverpool.”

The match was the Canaries’ first home game in front of a full house for almost 18-months and Grant Hanley led the home side out into a cauldron of noise and colour prior to kick-off – something which wasn’t lost on those who were there.

“It was so, so good to be back at Carrow Road on Saturday,” says Joe.

“Heading into the city, grabbing a few beers with mates, then you start walking down to the ground and it smells of pies and deep heat, then coming up the steps to the seat, it was just so good, it’s been such a long time. The result didn’t really matter which is just as well.” 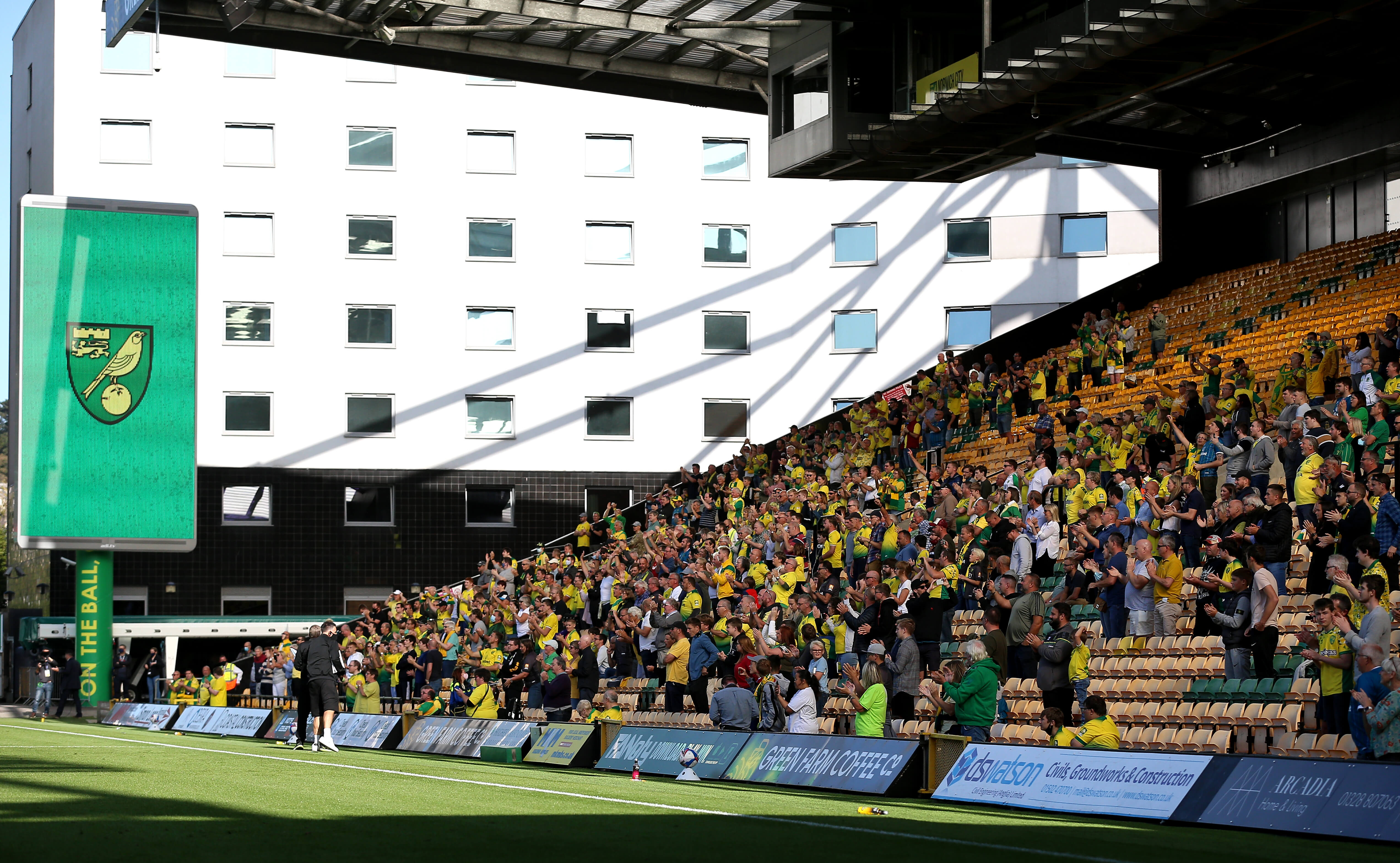 Norwich are back in the Premier League after one season in the Championship, which they comfortably won to return to the top flight, though their last stint at this level saw them finish bottom of the table and be relegated with just 21 points.

An opening-day defeat against Liverpool is not going to be a result that defines their season and they have struggled against the Reds, losing 13 of their last 15 encounters.

But with reigning champions Manchester City up next followed by games against Leicester City and Arsenal, it is a reminder of just how tough life in the Premier League is.

“Generally it was really encouraging this weekend,” explains Joe.

“I don’t think 3-0 flattered Liverpool because they did take their chances, they were efficient, they were clinical but Norwich were certainly not as bad as the scoreline suggests and there’s definitely reasons for encouragement.

“It’s Manchester City next at the Etihad so it’s not going to get any easier, we’ve then got Leicester and then our fourth game is Arsenal which, based on Friday night’s showing, could be more of a winnable game.”