The New England Patriots face what could be their toughest test of the season in Baltimore, while the Kansas City Chiefs sweat on the fitness of Patrick Mahomes, Matthew Crist looks at the key match ups form Week 9 of the NFL season... 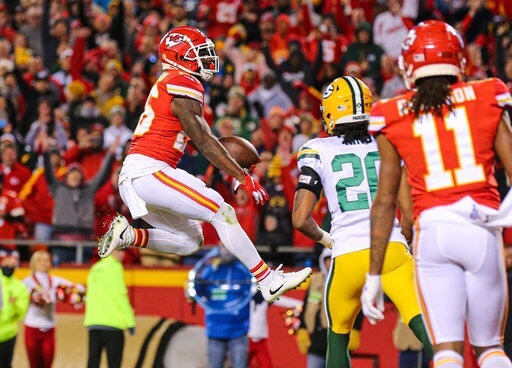 The Kansas City Chiefs remain hopeful that injured quarterback Patrick Mahomes will be available to play when they face the Minnesota Vikings on Sunday at Arrowhead Stadium.

Mahomes dislocated his right kneecap two weeks ago in Denver, but practiced on a limited basis last week before he was declared out Friday, joining a number of his teammates on the injured list including defensive end Frank Clark and defensive tackle Alex Okafor, who could be sidelined for a while with a high ankle sprain.

The injuries certainly haven’t helped the Chiefs, who have lost three of their past four games – all of them at Arrowhead Stadium – a run which has put them in a precarious position not only in the AFC West, but also the race for a first-round bye in the playoffs.

As for Minnesota, they have recovered from a poor start which saw them lose two of their first four games and since a week four loss to the Bears, have reeled off four straight wins to look like playoff contenders once more . 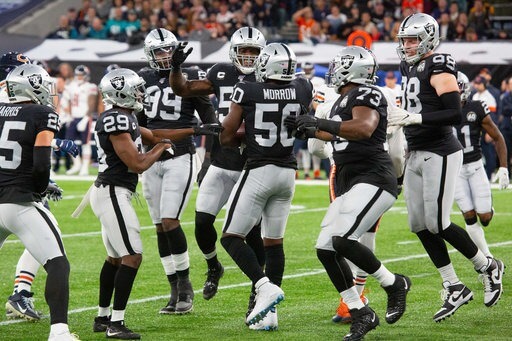 Two teams who desperately need wins to stay in hunt meet on Sunday evening as the Oakland Raiders finally return home after a long road stint to host the Detroit Lions who both still have post-season ambitions.

The Raiders have endured nine long flights, travelled over 20,000 miles and overhauled the bottom portion of their roster since last playing a home game so will be delighted to return to the Oakland Coliseum once more.

At 3-4, the Raiders find themselves in a pretty advantageous position given the fact they haven’t played in Oakland since Week 3 and will not fear a pretty average looking Lions team who are currently 3-3-1.

With three of the next four games at home, Oakland has a big opportunity to string together some much-needed wins in what is shaping up to be a weak division and with Kansas City still the odds on favorite to win the AFC West, they might still have a shot at the playoffs.

The New England Patriots are currently one of two teams in the NFL with a perfect record after Week 8 and going into Week 9 there is already talk of them emulating their feat of 2007 and going the whole season unbeaten.

But having not really broken sweat all year, the Pats can expect a stern challenge from the Ravens as the two AFC division leaders square off in Baltimore who has reeled off three straight victories since back-to-back losses to Kansas City and Cleveland.

The Ravens, who are currently 5-2 for the season, can be explosive at times, using the power running of Lamar Jackson and their traditional backs to set up plenty of opportunities to score in the Red Zone.

Even so, a Ravens win would still be a huge shock with New England looking for their first 9-0 start since winning its first 10 games of the 2015 season while success here would also guarantee a 19th consecutive season above .500 for Bill Belichick’s men, whose victory in the rain at Cleveland was the head coach’s 3,000th of his career.