NFL Week 6 Preview: Allen looks to make it a famous fifth in London

Backup quarterback Kyle Allen will be looking to win his fifth straight start when he faces the Tampa Bay Buccaneers in London as the NFL comes to the capital once more.

Losing Cam Newton hasn’t seemed to cause the Carolina Panthers too much of a problem having won their last three matches with Kyle Allen at the helm – a man who is quickly becoming their season saviour.

The Panthers were 0-2 when Cam Newton went down, but have gone 3-0, with Allen going 4-0 in his first four career starts, injecting some much-needed life into the team who now look genuine playoff contenders.

The Panthers had scored just 41 points in their first two games of the year, but have notched 86 points in their three games with Allen at the helm as the second-year quarterback has thrown for 67 yards, five touchdowns and, to date, no interceptions.

Newton is thought to be out until at least November so Allen will have plenty of time to prove himself further and maybe even make the position his own, giving head coach Ron Rivera a difficult decision should the number-one starter regain his fitness.

But the recent revival hasn’t all been about Allen, Christian McCaffery has also been impressive, rushing for 422 yards with four touchdowns in his last three games having posted just 165 yards and two touchdowns through his first two games – leading the league in rushing with 587 yards and six touchdowns in total. 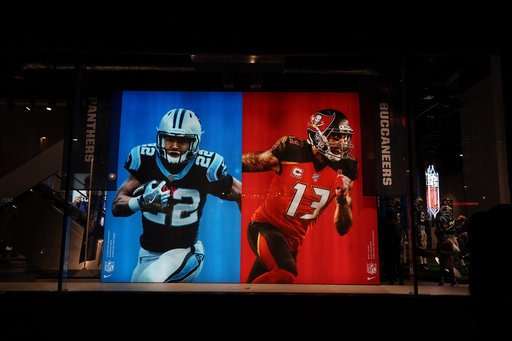 To say Tampa Bay have enjoyed something of an inconsistent start to the season would be something of an understatement as they have alternated wins and losses each week since the campaign began.

Currently sitting at 2-3 they come into this one off a 31-24 loss at New Orleans, one week after battering the Rams 55-40 in Los Angeles to set a franchise record, so predicting how they will fare here will not be easy.

After a slow start their offence seems to have kicked into gear having put up just 37 points in their first two games but the Buccs have now scored 110 points in their last three matches.

Much of this can be credited to Jameis Winston who has thrown for 323 yards per game, not to mention nine touchdown in his last three games alone, a drastic improvement compared to his 201 yards per game and two touchdowns after Week 2.

The weakness for the Buccs would appear to be their defence, who are currently ranked 26th in the league having given up 29.6 points per game and 148 in total, though allowed just 14 points against Sunday’s opposition back in September despite giving up 352 yards of total offence throughout the entire game.

But they face a different prospect in a red-hot Kyle Allen who is bound to ask some serious questions of this Tampa defensive unit, though if they can keep him quiet – which is a real possibility with Sahquil Barrett making nine sacks already this season – there’s every possibility the Buccs will continue their inconsistent start and move to 3-3.