NFL Week 11: Will it be elementary for Watson and the Texans in Baltimore?

There are plenty of similarities between the Ravens and the Texans but Matthew Crist thinks it might come down to a battle of the quarterbacks on Sunday.

The game of the week has to be the fascinating battle between the Baltimore Ravens and the Houston Texans who are pretty similar in more ways than one – but something will have to give when they meet on Sunday.

Each team has a defence that is more than capable of generating turnovers, while both has a running game designed to wear down the opposition, but perhaps the greatest similarity is that they these sides have terrific young quarterbacks who are among the up-and-coming signal callers in the league.

Baltimore’s Lamar Jackson is regarded as one of the finest talent’s in the game while Houston’s Deshaun Watson is a pretty polished passer who can be just as exciting on any given play; so it will be fascinating to see who comes out on top.

Of the two, Watson would probably be the pick due to his speed and agility which allows him o move around in the pocket and to allow plays to develop before pulling the trigger, something which has been key to the Houston’s 6-3 season so far.

His stats back-up this view too with a completion percentage 70.2%, interception percentage of 1.7%, while an average of 270.2 yards per game and sack percentage  of 7.6% meaning he is on target for a career best campaign.

The Baltimore Ravens proved their post-season credentials by inflicting the first defeat of the season on the New England Patriots in Week 9 and followed up that victory with an easy blowout of Cincinnati to move to 7-2 for the season but even with home field advantage whether they have enough to overcome the seemingly unstoppable Watson is questionable.

Eagles have plenty to prove against Patriots 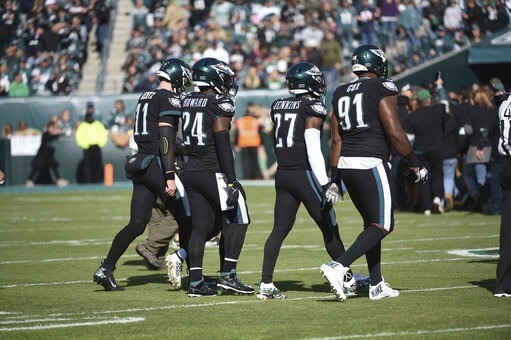 The Patriots were being talked about as one of the best defensive teams in NFL. history before they faced Lemar Jackson and the Baltimore Ravens in Week 9 and though that may be the case, that defeat in Week 9 has raised a few questions of the current Super Bowl champions.

Even so, one defeat does not make a season and Bill Beilichick’s men are still one of the best sides in the division who know exactly how to win with the ability to call upon talent and experience in equal measure.

The 5-5 Eagles, on the other hand, appear to blow hot and cold on an almost weekly basis, one minute looking like strong post-season contenders while the next resembling a side with little in the tank and no hope of progress.

However, while New England might be cruising with the division title wrapped up and a perfect 16-0 season no longer a possibility, Philadelphia is in a close battle for the N.F.C. East title and can’t afford to make any mistakes, especially at home, a combination which has so often brings about a surprise result.

Niners look to get back to winning ways 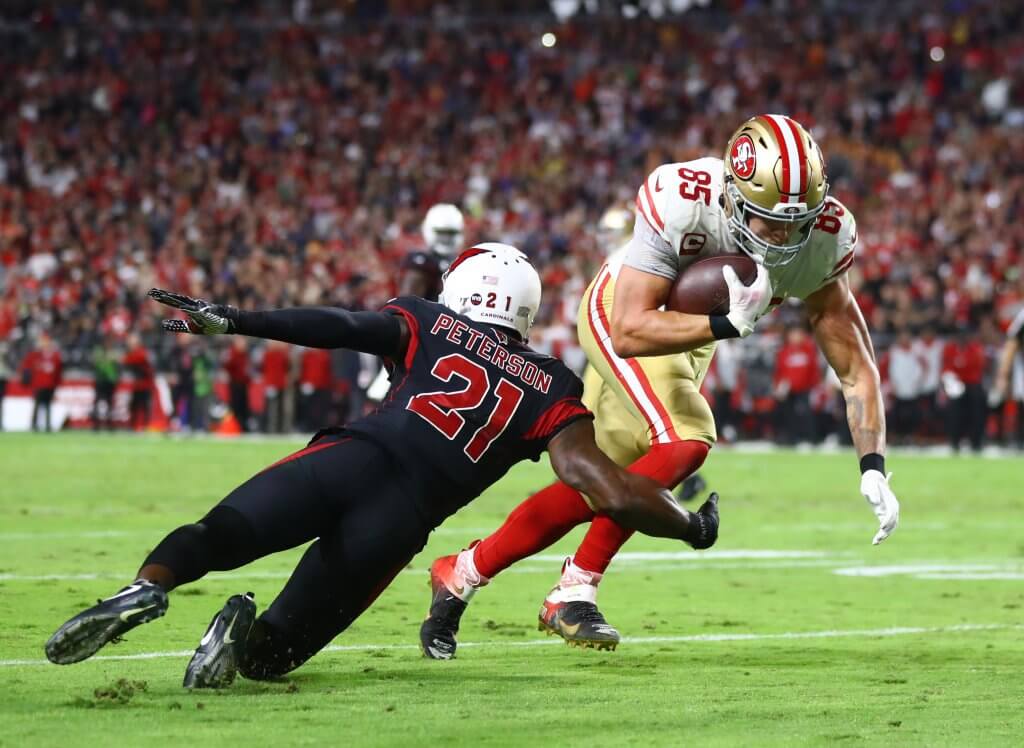 After their unbeaten start to the season came to an abrupt end in thrilling fashion on Monday Night Football against Seattle last week the 49ers will be looking to dust themselves down and get back to winning ways against the Arizona Cardinals on Sunday.

The Niners finished the game against the Seahawks without their starting center, two of their finest receivers and their number one kicker, with Chase McLaughlin missing a potential game-winner from 47 yards in overtime, and the news coming out of San Francisco is that Tight End George Kittle will be missing for this one too.

With so many injury concerns, the Arizona Cardinals, who went down 28-25 when these two met a fortnight ago, might well be eyeing an upset, especially with so much pressure on QB Jimmy Garoppolo, who has ability on high-pressure situations has been called into question in the past, and though San Francisco will most likely pick up the win, it might be closer than many people expect.