Steve Bruce is proving everyone wrong at Newcastle United

Steve Bruce wasn't everyone's cup of tea when he got the job on Tyneside, but recent form suggests he is actually doing a good job after all....

Maybe we all need to admit that Steve Bruce is actually doing a good job at Newcastle United.

Nobody saw it coming. Not least the actual supporters of Newcastle United.

When Bruce, 58 replaced fan favourite Rafa Benitez late into the pre-season it was a greeted with a dense draft of underwhelming tumbleweed. The logic being applied to such a decision could only be one of the decision-makers up at St.James Park deciding to save money, possibly expecting a relegation themselves, but at the very least not showing any ambition of cracking into the top-half.

A managerial journeyman who has been up and down the conveyor belt since his first role as manager of Sheffield United in 1998.

Bruce has gone on to manage ten teams since then, a career which has included spells at both Sheffield clubs, both Birmingham clubs and now rival clubs in the North East.

It was an appointment that was uninspiring and one that did nothing to improve the mood of a fanbase that had just lost their own glowing beacon of hope for the future in Benitez.

This was a fanbase that has been involved in protest after protest recently over the tortured reign of Mike Ashley owning their football club.

The decision to give the job to Bruce to pile on top of all this not only dampened the mood of the Geordie supporters, but kicked down their sandcastle, spat on the child who had built the sandcastle and then persisted to tell them Santa Claus isn’t real and run away.

Two wins in a row for Newcastle Utd as Southampton lose 2-1 at St.James’ Park.https://t.co/bvtNQZIhwR

Many thanks to Mark for joining us. He was on top form & provided some brilliant insight.#NUFC #NEWSOU

Newcastle United were among the favourites to go down in almost every bookmaker and every Journalist offering their predictions for the season.

Yet, here we are in December and infact, Steve Bruce and Newcastle can consider themselves to be having a good season.

Seven points from the last three games, which included a draw at home to the champions Manchester City and wins over Sheffield United and Southampton, have propelled the Toon Army up to 10th in the table.

Andy Carroll has had a massive effect coming on in the last couple of games and the team are picking up points. It’s almost as good as the Demba Ba and Yohan Cabaye days.

The big man himself, who returned to the club in the summer almost nine years after he left to join Liverpool for £35m, has been speaking about the effect Bruce is having on the club at the moment.

Speaking to The Guardian, Carroll said:

“It was obviously topsy-turvy at the beginning. He wasn’t really everyone’s cup of tea.

“But I think he’s proving everyone wrong. Seven points in a week is great. 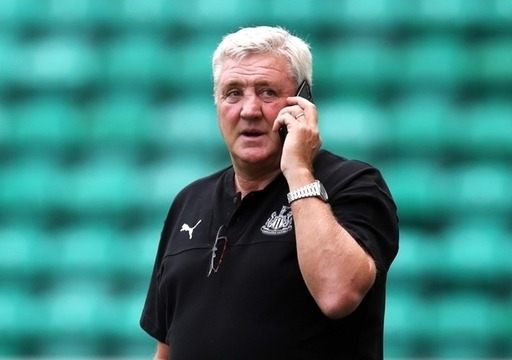 “It’s down to the manager, the staff, the players, the hard work that everyone is putting in around the club.”

There is something sentimental and romantic about Bruce flourishing at the club that he supported as a boy and perhaps this will be the perfect partnership for club and manager after all.

An injury to summer signing Allan-Saint Maximin which will put him out of action for a month has not come at the most ideal time, with the congested Premier League fixture list over December to come.

But if Newcastle and Bruce get through that unscathed, then maybe they’re going to have a solid season afterall.