A building site for a dressing room, a home crowd thirsty for blood - its going to be a volatile welcome back to European football for Champions League holders Liverpool as they travel to Naples.

The six-time European Champions Liverpool begin the defence of their continental crown on Tuesday night with a tasty, and possibly hostile-looking trip to Naples.

Jurgen Klopp’s side, as we all know, are the holders or the Champions League after their 2-0 win over Tottenham Hotspur at Atletico Madrid’s Wanda Metropolitano stadium back in June.

And as Europe’s premier club competition returns, the Reds are at a good price to repeat the feat, currently standing as third favourites at 7.50*.

The first obstacle on route to a fairy-tale reunion with Istanbul’s Ataturk Stadium, the home of Liverpool’s fifth European triumph back in 2005, is a group stage which should be one that a team of Liverpool’s quality is able to manoeuvre.

Of course, in the Champions nothing is certain, and clashes against free-scoring Red Bull Salzburg of Austria and Belgian champions K.R.C Genk won’t be a walk in the park.

It could be sold as a positive that Liverpool’s toughest test comes in the first game, where there is time to come back from a defeat which shouldn’t bring any everlasting damage.

And a tough test it is, with a trip to one of the only teams to defeat Klopp’s men last season, Italian side Napoli.

Liverpool’s last visit to the Stadio San Paolo ended in a 1-0 defeat thanks to a late Lorenzo Insigne goal for the hosts after a turgid display from the Premier League leaders.

Carlo Ancelotti’s men usually tend to make their home a fortress, and up until 2017 no English side had ever won in Naples, however Manchester City and Arsenal have both since returned victorious on visits in the Champions League and Europa League respectively.

They were only beaten twice at home in the league in the 2018/19 campaign and there’s an interesting sub-plot to the match with the away dressing room hardly being the most ‘welcoming’ at this current moment.

Following the 3-1 win over Newcastle United at Anfield on Saturday, Liverpool have a 100% record in the Premier League so far this season, winning five out of five and currently holding a five-point lead at the top.

Their current form doesn’t look like capsizing any time soon and look good value to win all their group games in the Champions League at 11.00*.

It’s been a chaotic start for Ancelotti and his team in Serie A so far, situated in fifth on six points with two wins and one loss.

The context of the games has been the most remarkable thing with two 4-3’s in there before the more comfortable 2-0 win over Sampdoria last Saturday.

An opening day goal bonanza vs Fiorentina was followed by an impeccable comeback from 3-0 down away to champions Juventus, only to have their hearts broken in the dying minutes by Kalidou Koulibaly’s catastrophic own goal.

It may be beyond the realms of possibility for the same scoreline to occur again, with prices of 74.75* in favour of Napoli and 68.50* for a Liverpool win. However, this does show that the hosts are leaky at the back and this could well be where Salah, Mane et al have joy on Tuesday night.

Napoli conceded all four goals against Juventus from inside the box, with one coming directly from a counter attack from their own corner. Such sloppiness could well prove costly against Liverpool’s feared trio up front. 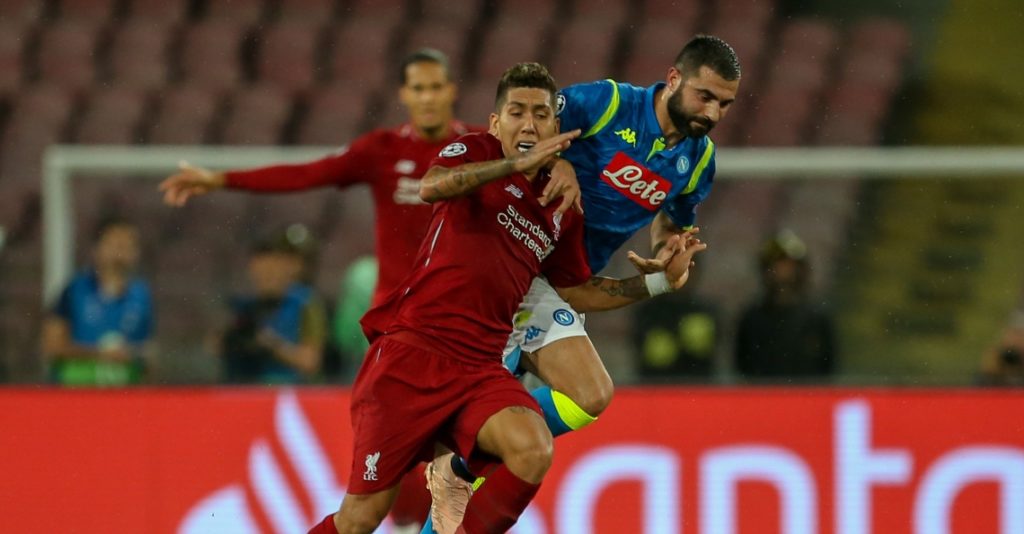 After Sadio Mane’s double at Anfield on Saturday, a Liverpool player has now scored a brace in a game on three occasions so far this season – including the Senegalese’s two goals versus Chelsea in the UEFA Super Cup Final.

With the delightful feet of Roberto Firmino also on show in Italy, a tasty price of 4.50* for any of Liverpool’s front three to bag a brace against Napoli may be one to catch the eye.

Dries Mertens comes into this game as Napoli’s top goalscorer, following a two-goal delight of his own at the weekend. The Belgian and Insigne are always going to be Napoil’s danger men and prices of 6.35* and 7.75* respectively for the pair to score first look solid value. 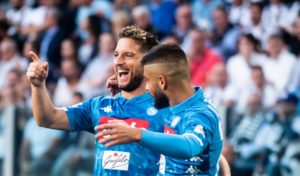