Morecambe: “If we can be more clinical we’ve got a very good chance of staying up.”

“If Adams can see our recent performances, not change too much but maybe tweak a couple of things, and provide some kind of motivational boost, it could just work out!” - Morecambe fan Joel Shooter assesses a busy week in the dugout at the Globe Arena.

The man who took Morecambe into League One for the first time in their 100-year history is now tasked with keeping them there after Derek Adams secured a remarkable return to the Globe Arena.

After a run of only three wins from 23 league games, with the Shrimps sinking into the relegation zone in the process, the club were again looking for a new boss with Stephen Robinson leaving for St. Mirren in midweek.

And as a result, Morecambe have turned to Robinson’s predecessor – who left for League Two outfit Bradford City in the summer – to help salvage a disappointing season in the third tier.

The Shrimps find themselves only two points from safety with one eye on the likes of Shrewsbury, Fleetwood and Wimbledon who are all vulnerable after winless streaks, but first the Lancashire club must put an end to their own luckless run first.

Some have suggested Adams’ return may signal a slight change to the style of play, but Morecambe fan and journalist Joel Shooter does not expect to see sweeping changes. 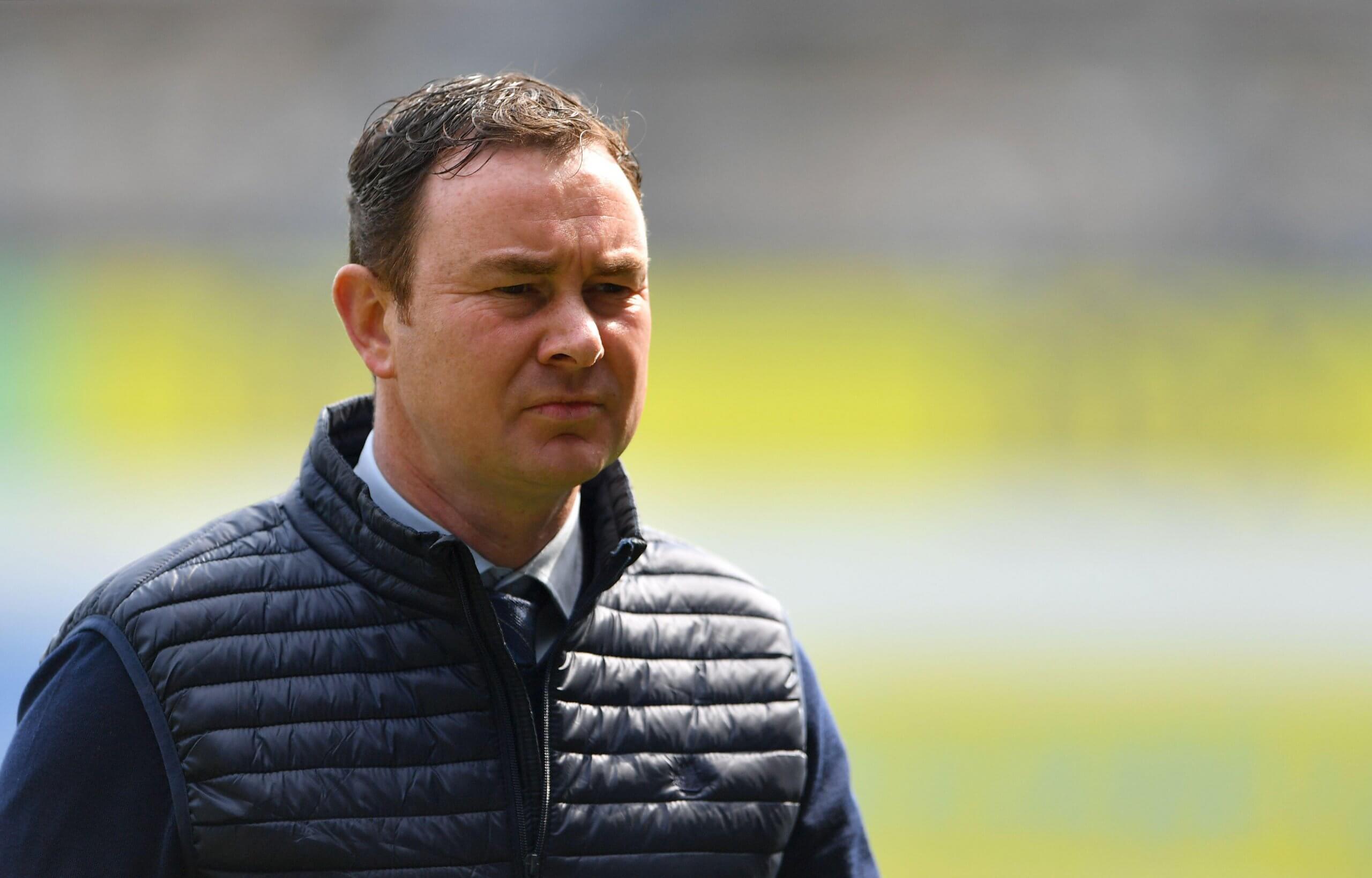 “There are differences obviously and given we’ve been playing so well recently, I hope Adams doesn’t see fit to alter too much.

“That said, we’re not quite the tiki-taka long ball averse side that Robinson liked to make out.

“We are more capable of moving the ball on the deck than under Adams in League Two, but also very happy to hit Cole Stockton or Jonah Ayunga with a long ball. Pressing has been key.

“We also weren’t as defensive as people like to make out under Adams.

“We had low possession but scored a lot and conceded a lot. It was only really the play-offs that got particularly attritional – three one-off games against some of the better sides in the league.”

Joel does, though, expect the differences between Robinson and Adams to lie in their methods on the training ground, with the former’s personable man-management style contrasting with the latter’s ruthless, tunnel-visioned approach.

“By all accounts him and Robinson are quite different in that regard.

“But if Adams can see our recent performances, not change too much but maybe tweak a couple of things, and provide some kind of motivational boost, then it could just work out!” 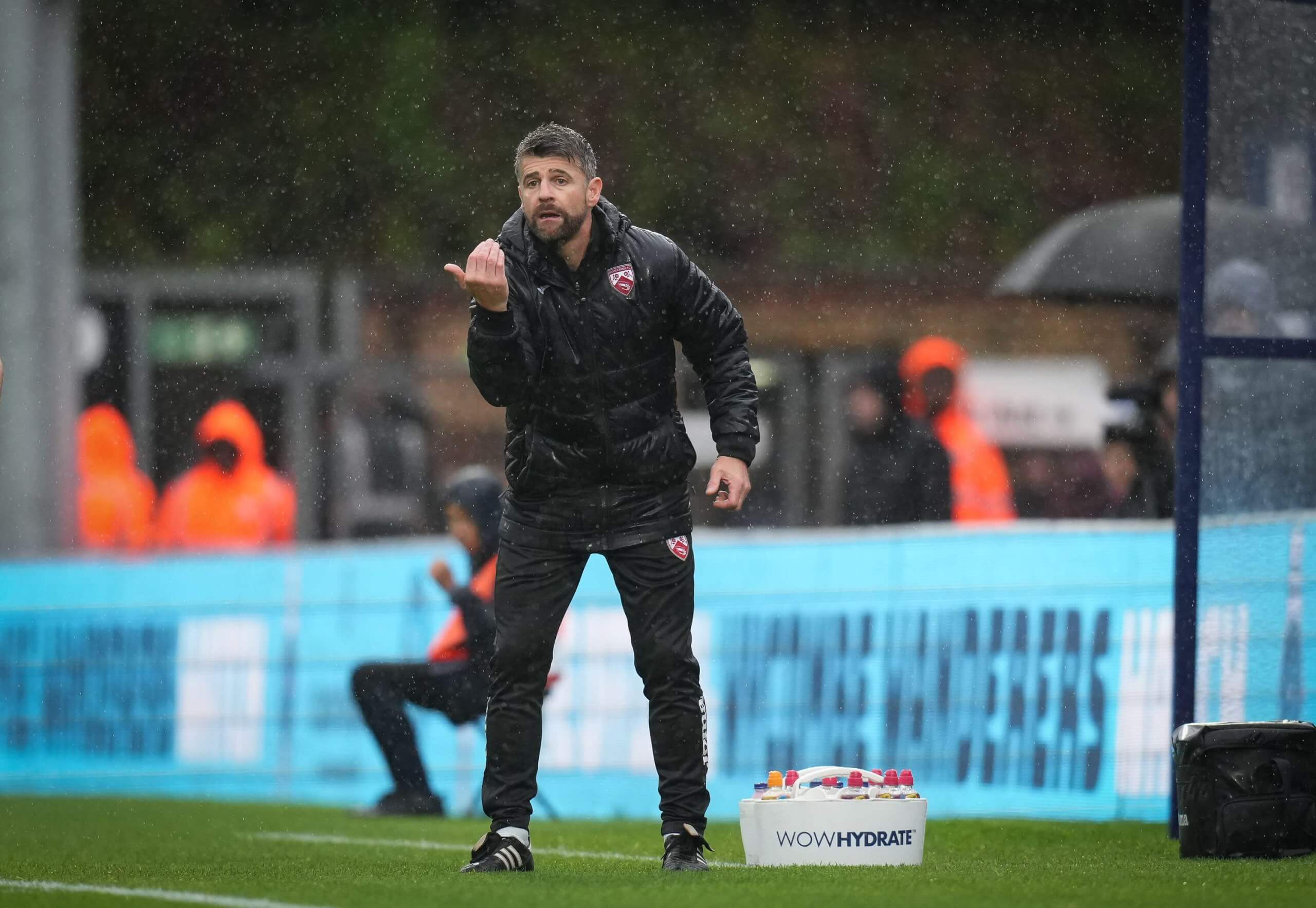 The good news is that Morecambe have an excellent structure in place that allows them to maintain stability, even in times of managerial upheaval, with Robinson having left the club somewhat acrimoniously.

“When you see teams that have a setback and then continue to plummet, there are almost always issues going on with the club hierarchy.

“Having a good group of people in charge doesn’t stop setbacks and unfortunately things like managers leaving from happening, but it means the club is in a good place to cope and not continue to fall away on a downward trajectory.”

The task for Adams, now, is to ensure the club’s trajectory does not send them back to League Two and Joel believes there is enough in the current squad to avoid that fate.

“Honestly, we just need to keep the level of recent performances up, and try to be more clinical. Hopefully we can find a confidence lift from somewhere to help with that.

“We’ve been performing so well of late, and it was crazy how we didn’t get a draw against Rotherham. Their fans after the game were very complimentary.”

Morecambe Football Club is delighted to announce the return of Derek Adams as our new first-team manager.#UTS 🦐

Some expressed concerns over Morecambe’s ability to defend balls into the box in the first half of the campaign, but that was before Jacob Bedeau brought pace, strength and ball-playing ability to the back-line and Joel feels his side’s rear-guard are now better equipped to handle target men.

“O’Connor and Bedeau dealt with Michael Smith well, and we had Rhys Bennett come in to assist with that too.

“The issue was the more the slight Freddie Ladapo with his clever movement and individual quality. Maybe the focus was drawn a bit too much towards Smith?

“O’Connor is good in the air, despite his size, and both him and Bedeau have also dealt well with Vadaine Oliver and Adebayo Akinfenwa of late.

“They choose their battles well regarding when to engage and when to stand off. If we start putting away our chances then we’ve got a very good chance.”

As for Robinson’s prospects as a head coach, Joel admits the 47-year-old has potential.

“A few of our fans had turned on his record with us and the position we’re in, but there are plenty of mitigating factors and since January, when he was able to correct a few positions in the squad, we have been much improved.

“We’ve been playing well of late and I do sincerely think that Robinson is a good manager. That said, I do hope it ends in tears at St Mirren!”