CLAIM YOUR 200% DEPOSIT BONUS WITH OUR WELCOME OFFER

We asked fans of both sides to choose their favourite games between English football's two most successful teams.

There are few rivalries in football that can match the intensity and passion that a Manchester United versus Liverpool encounter provides.

Some 30 miles or so separates Old Trafford and Anfield and two clubs who, between them, share a glorious history, not to mention 39 top-flight league titles – as well as a host of other major honours.

However, in football terms, they are worlds apart, and for Manchester United fans there is still nothing better than beating the team from the other end of the East Lancs Road – and vice versa.

So ahead of another installment of one of the fiercest rivalries in world football, we asked supporters from both sides of the divide to pick their favorite games between the two most successful clubs in English football. 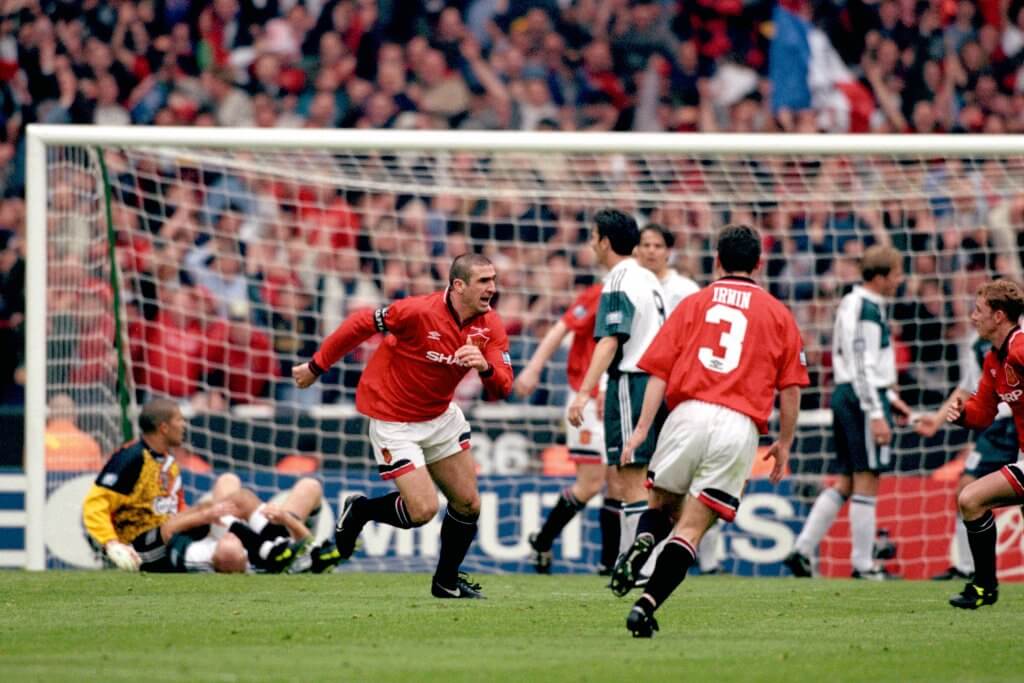 In May of 1996, the two most successful sides in English football met at Wembley as Manchester United, chasing a league and cup double, took on Liverpool in the final of the FA Cup.

Despite the build-up, the game was something of a disappointment for the neutrals and in subsequent years has been remembered more for the Liverpool players’ famous white suits rather than the result.

However, for United fans, a late Eric Cantona goal would provide them with one of the most memorable afternoons in years: “As a corner was swung in a poor punched clearance by keeper David James fell to Cantona who volleyed it into the net and wheeled away in celebration,” says David from Man Utd Fans.

“I went wild like all United fans. What a way to win the FA Cup. I miss the fact the FA Cup is no longer high on our priority list!” 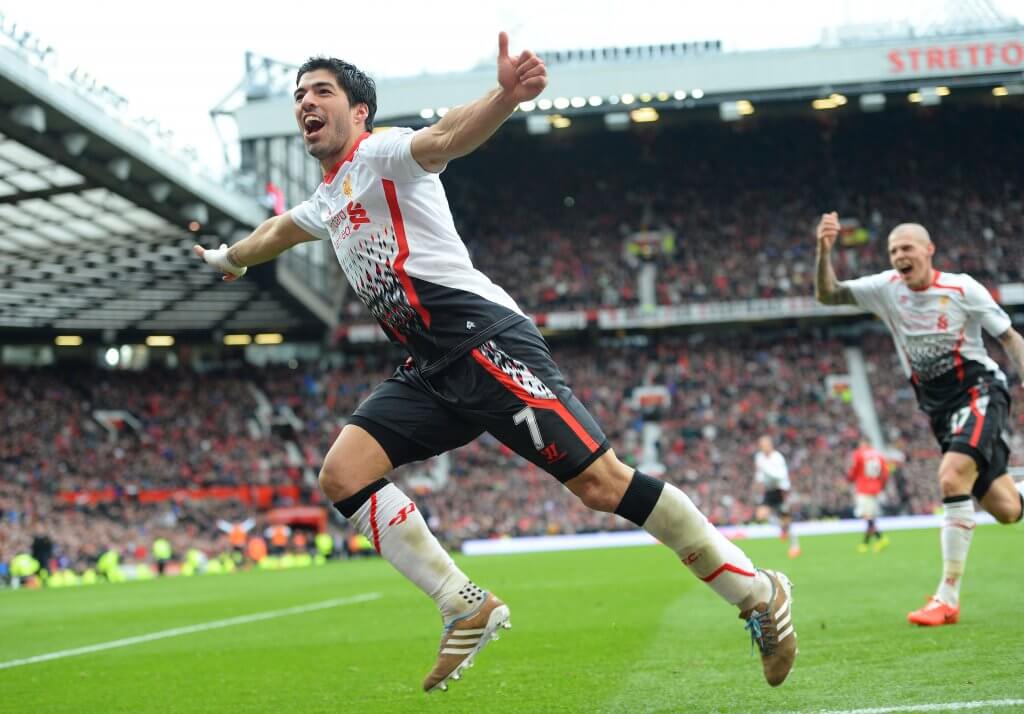 For much of the previous 20 years or so, Liverpool fans had travelled to Old Trafford in trepidation, having been on the receiving end of a number of painful defeats at the hands of Alex Ferguson’s men who had dominated English football for much of that period.

But for John Pearman, Editor of Red All Over The Land Fanzine, Liverpool’s 3-0 away win in March 2014 wasn’t just memorable due to his side getting one over their old rivals,  who were now managed by David Moyes, he believes it also signaled something of a power shift between the two.

“It was game when United must have feared the worst and were probably relieved the humiliation wasn’t as great as when City had won there, scoring six in the process a few years earlier,” he tells FansBet.

“This was the day you sensed things were changing. The rivalry won’t go away and we don’t want it to but I no longer worry about what Manchester United do, well not in the same way as I used to.

“That’s why that day still gives me a glow – I wonder what happened to that Chosen One banner?” 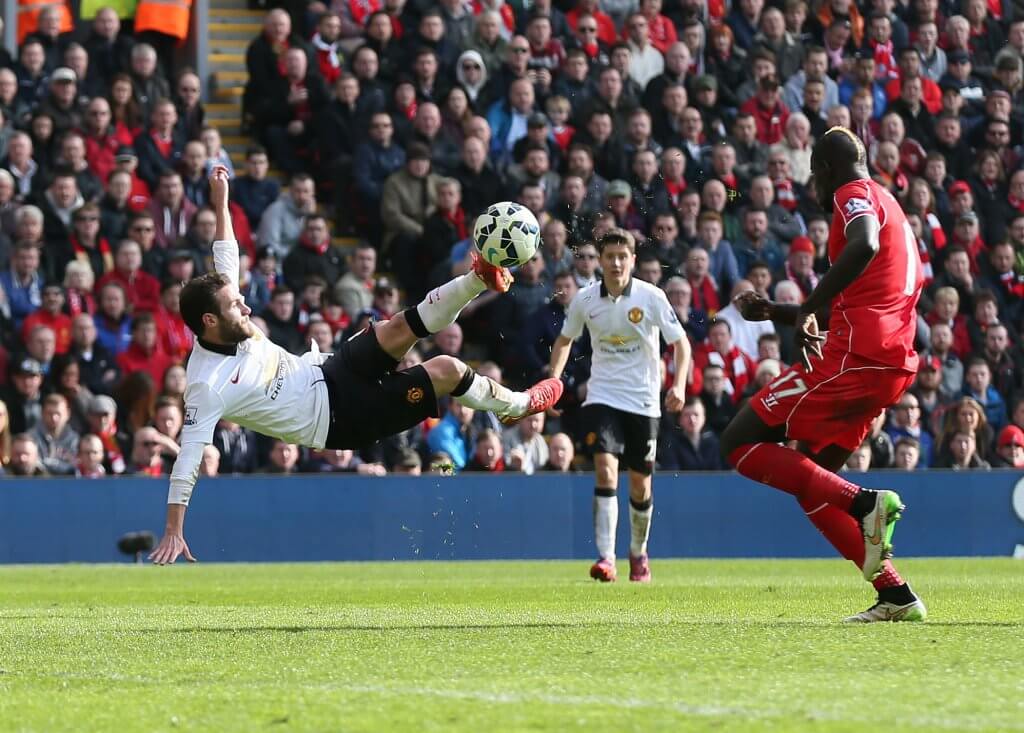 By March of 2015, Luis Van Gaal was in the Old Trafford hot seat as Manchester United traveled to Liverpool looking to secure a top-four finish with their opponents that day a place below them in the Premier League table.

And once again this most titanic of clashes didn’t fail to disappoint with goals, penalties and even a red card during a hard-fought 90-minutes in the sunshine at Anfield – a day Alan from The United Journal still remembers well.

“Juan Mata, one of my favourite players, scored both goals, with the second goal being a sensational volley just before the hour,” he tells FansBet.

“But the decisive point of the game was when Steven Gerrard was sent off 38 seconds after coming on as a substitute for stamping on Ander Herrera’s foot.

“The drama didn’t stop there either as Wayne Rooney had an opportunity to kill the game from the spot only for his penalty to be saved by Simon Mignolet, though luckily it didn’t cost us the game.

“The next day, it gave me the opportunity to rub salt into the wounds of a few Liverpool fans and we still share plenty of banter every year as, historically, whether you win a trophy or not, this fixture has always been a must-win game.” 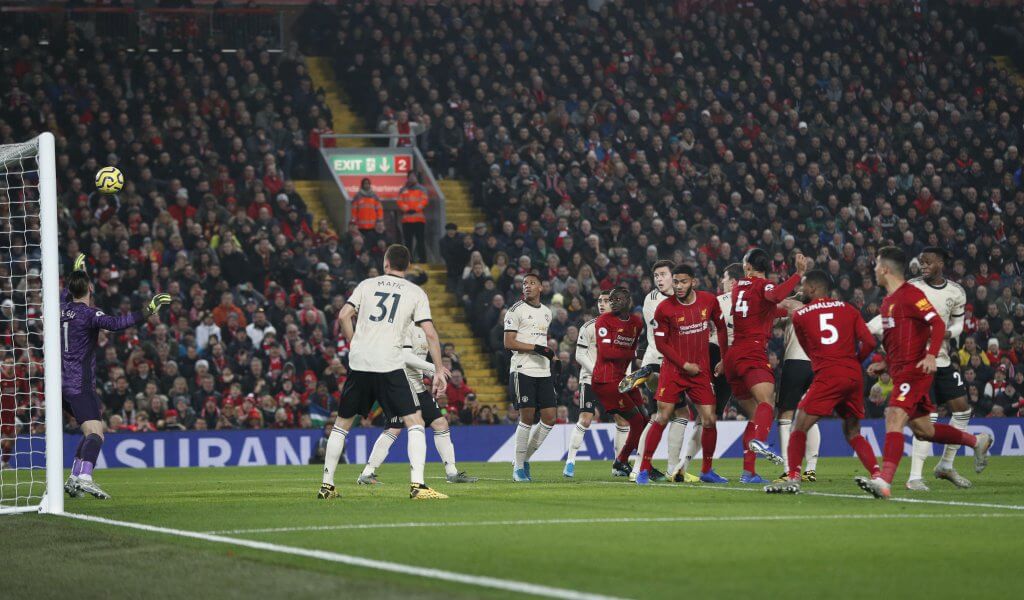 Liverpool’s procession towards their first title in 30 years continued with a hard-fought win over Manchester United at Anfield that extended their lead at the top of the table to 16 points with a game in hand.

Virgil van Dijk’s header helped Liverpool on their way Jurgen Klopp’s side had two further goals ruled out before the interval and upped the intensity again in the second half before Mohamed Salah’s goal added gloss to the win late on.

But as well as being a huge win over their fierce rivals from down the M62, the victory was also seen as a huge stepping-stone towards the club’s first top-flight title since 1990.

“That was the day when, as fans, we believed we’d won the league after a 30-year wait,” says Jay Riley from Spion Kop.

“The game was in the balance at 1-0, before Mo Salah went racing clear towards the Kop in injury time and scored to seal a 2-0 win and get the points and send the fans wild knowing we were going to be Champions.”