It's a clash often skewed by the feuds between Alex Ferguson and Arsene Wenger during the Premier League years, but as Matthew Crist explains, it goes back a lot further than that.

When looking back at Manchester United and Arsenal encounters of years-gone-by memories are all-too-often dominated by clashes between Alex Ferguson and his French counterpart, who were battling for Premier League supremacy.

Events like “Pizzagate,” the carnage that followed Van Nistelrooy’s last minute penalty miss at Old Trafford and, of course, Roy Keane’s pre-match offering-out of Patrick Viera in the Highbury tunnel are all spoken about when the two sides face each other, regardless of their respective league positions or recent form.

But there are a number of classic clashes that often find themselves left out from clips packages and newspaper pull-outs at a time when football post-1992 appears to have no importance or relevance.

So here are a few well-chosen clashes from the pre-Premier League days between two of the biggest clubs in English football. 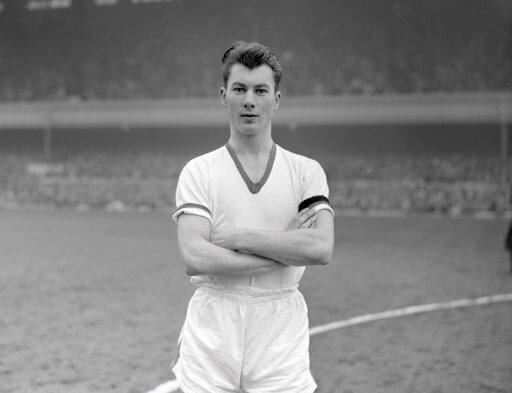 This was the Busby Babes’ final match on English soil before the ill-fated trip into Europe to face Red Star Belgrade and as well as the obvious sentimental reasons, this game at Highbury will be always be remembered as something of a classic for what happened on the pitch.

For much of the season, the “Babes” had not been at their best and trailed the leaders Wolves but were making something of a charge towards another league title going into this one. Strikes from Duncan Edwards and Bobby Charlton put United 2-0 up, and Tommy Taylor made it three right on half-time.

But Arsenal came storming back in the second half, scoring three goals in an astonishing three-minute spell. Dennis Viollet replied straight away and then Taylor put United 5-3 ahead before Derek Tapscott’s goal made for a nervous finish. 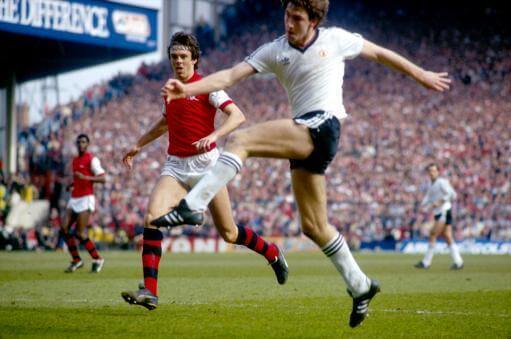 Behind at the break to a Tony Woodcock goal, Ron Atkinson’s men came back in the second half of this semi-final at Villa Park to claim victory thanks to a typical Bryan Robson equaliser and a spectacular Norman Whiteside winner.

And as United hung-on in the closing stages, centre back Kevin Moran was carried off with blood gushing from a head wound, yet still managed to punch the air from the stretcher as he received a huge ovation from the United fans packed behind the goal at the Witton End.

The players celebrated on the pitch after the final whistle but would need a replay to beat Brighton in the final at Wembley after something of a close escape in the first game. 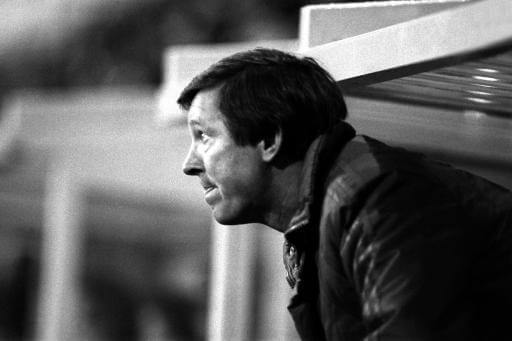 Not the most memorable of games, but this clash in January 1987 could be seen as the precursor to all the animosity that was to follow in subsequent years as Arsenal, who were unbeaten in 22 games,  visited a United side were slowly climbing up the bottom half of the table under new manager Ferguson.

Bryan Robson was out injured and it was up to Norman Whiteside to marshal the midfield, an instruction he took quite literally.

In fact it was when the late David Rocastle was sent off for kicking out at Whiteside that the blue touch paper was well and truly lit.

Goals from Terry Gibson and Gordon Strachan did the damage in a game described by Whiteside as “a punch-up away from notoriety.” As for Arsenal, they won none of their next eight league games, pretty much ending their hopes of a title challenge. 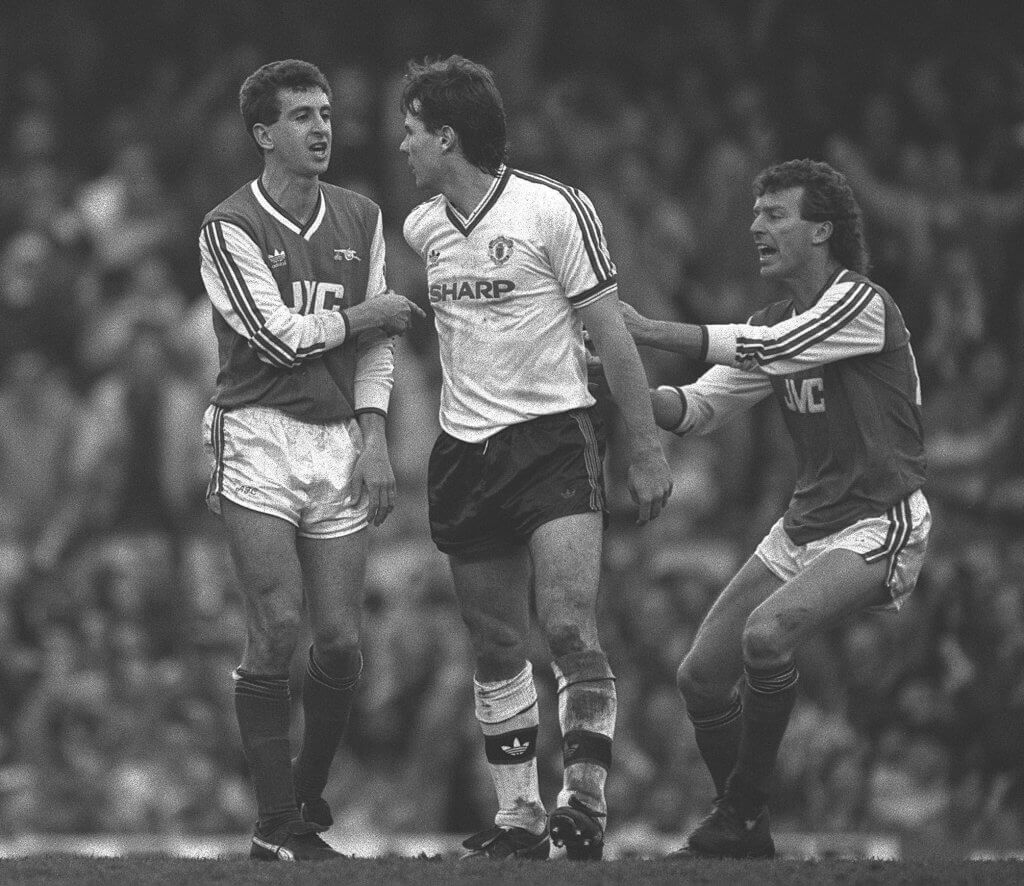 Over 50,000 were at Highbury for this heavyweight clash as United looked to cap a relatively good season with some long-overdue silverware.

Arsenal raced to a two-goal lead by half-time, but when McClair pulled a goal back from close range the momentum swung United’s way.

In the dying moments, Peter Davenport was tripped in the box and United were awarded a penalty and a chance to earn a replay back in Manchester. But McClair blazed his kick high over the crossbar, to the delight of the North Bank.

Nigel Winterburn was pretty pleased about it too and took great pleasure in rubbing the Scotsman’s face in his misfortune, but this wouldn’t be the end of their feud… 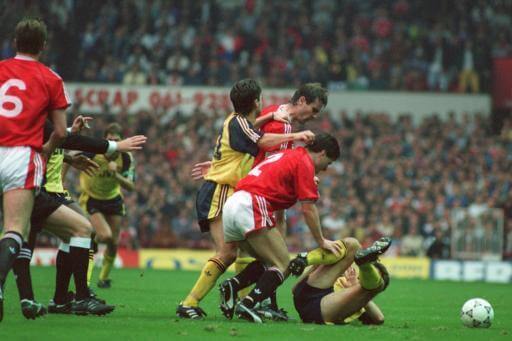 This is a game better remembered for a mass brawl involving 20 players following a heavy Anders Limpar challenge on Denis Irwin; but on the undercard was a clash between Nigel Winterburn and Brian McClair – round two of a spat still smouldering from the FA Cup clash two years previously and that penalty miss.

The result of the match is largely forgotten, but Arsenal won it 1-0 with a dubious goal from Limpar that never looked like it actually crossed the line.

Another significant outcome of this bad-tempered affair was that United would end up being docked a point while Arsenal were deducted two, though it wouldn’t prevent the Gunners going on to win the title that season with Alex Ferguson’s men having to give them a guard of honour that May as they took to the field having claimed the First Division crown. 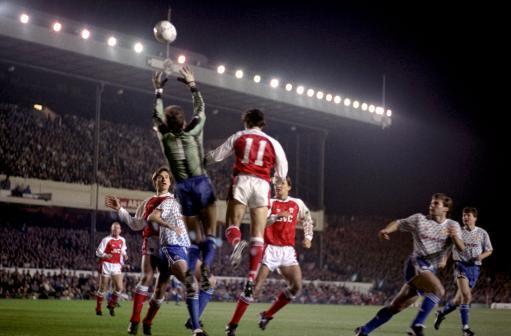 A month after the infamous brawl at Old Trafford, the two sides met again amid a hostile atmosphere in the fourth round of what was then known as the Rumbelows Cup.

United took a three-goal lead through goals from Sharpe, Hughes and Blackmore, only for Arsenal to fight back and make it 3-2 after the break.

However, Sharpe completed his hat-trick and United made it six thanks to Danny Wallace. United had taken revenge for several recent high-profile defeats and went on to reach the final in a run that saw them defeat Liverpool and Leeds along the way.

But their luck ran out in the final, losing to Sheffield Wednesday who were under the guidance of former Reds boss Ron Atkinson.