Thousands of Manchester United fans gathered at Old Trafford on Sunday forcing the postponement of the game against Liverpool - but not everyone is behind their actions.

There were extraordinary scenes at Old Trafford on Sunday as protests caused Manchester United’s game against Liverpool to be postponed – but some fans appear split on the actions of their fellow Reds.

Thousands gathered at United’s stadium to protest against the club’s owners, the Glazer family, in the wake of the failed European Super League proposals.

But it turned ugly as some forced their way into the stadium and on to the pitch, while there were clashes with police, with two officers left injured.

A crowd began gathering outside the stadium at around 1pm, holding anti-Glazer banners and chanting against the American family, whose longstanding unpopularity with supporters was elevated by their signing up to the now-defunct European Super League. 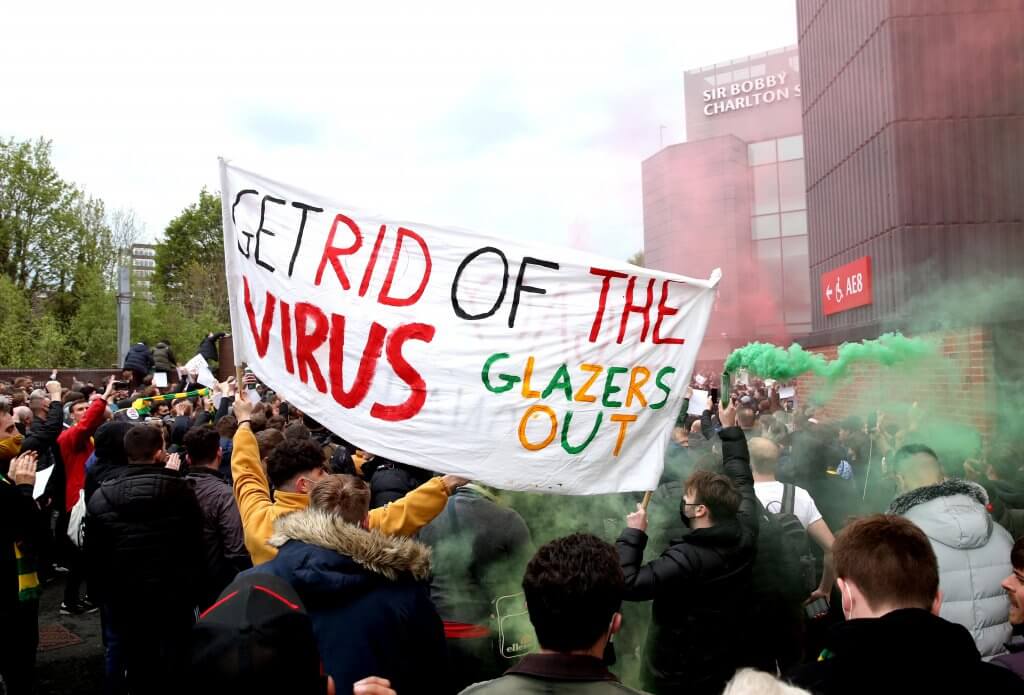 Meanwhile,  around 200 fans also gathered at the Lowry hotel in the city centre, where the team stay before matches with the United coach being surrounded by supporters before banks of police arrived, while the number at Old Trafford swelled into thousands after 2pm.

By 2.30pm security had been breached with protesters taking to the Old Trafford pitch where flares were let off, one individual was seen swinging on a goal and another grabbed a corner flag.

Some of the invaders also got into the players’ tunnel while others gathered by a platform of Sky Sports, the host broadcaster, and at one point Gary Neville and Jamie Carragher spoke with a group of those who had broken in.

As a result, at 5.40pm the game was called off for the day, the first Premier League match postponed because of fan behaviour. 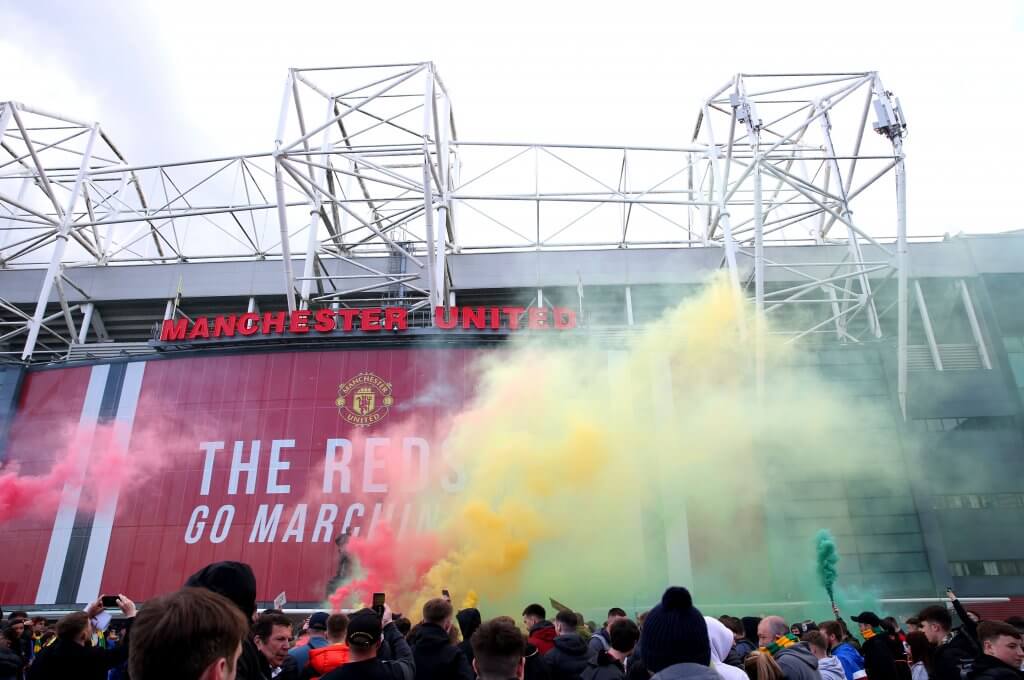 Anger at the Glazers control – for a perceived lack of investment in the club on and off the field and a failure to keep up with rivals Manchester City and Liverpool on the pitch – has sharpened since the announcement of the European Super League a fortnight ago.

Malcolm Glazer took total control of Manchester United in June 2005 with a buyout that leveraged £525m of debt on to the club. Glazer died in 2014 but his sons Avram and Joel are now co-chairmen.

Joel Glazer was named as vice-chairman of the breakaway league when the announcement was made, and apologised to the fans in an open letter after plans for the league collapsed.

However. the nature of the protests and the behaviour of some of those involved has been met with a mixed response by United fans. 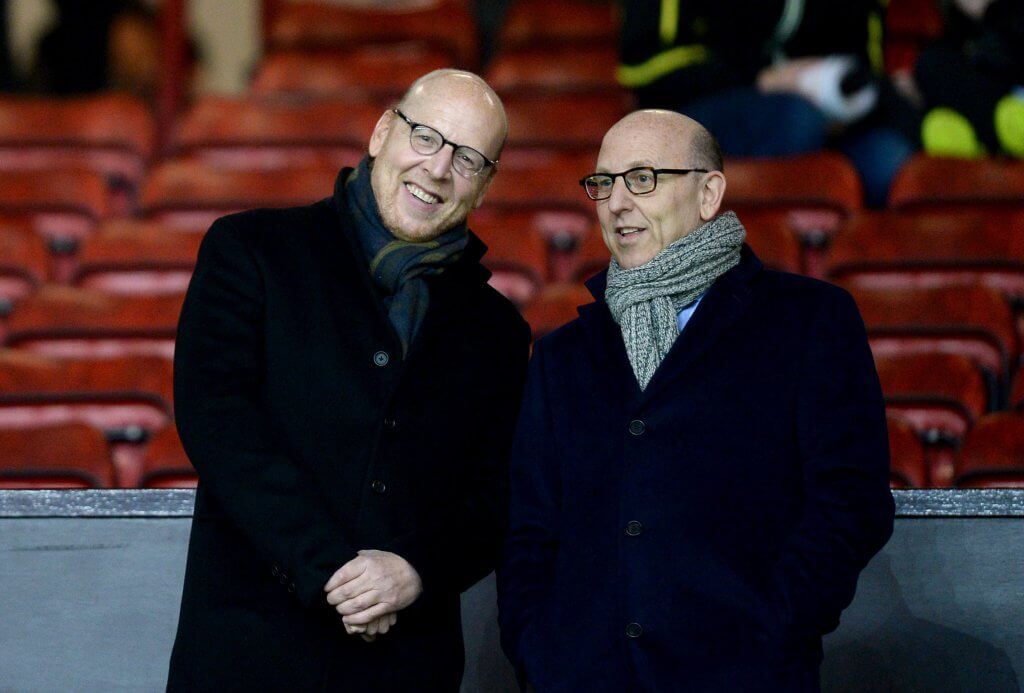 “I would say that 99% of the events that took place yesterday were peaceful,” Alan Bince from United Journal told FansBet.

“There was a sense of revolt and mutiny within the stadium, not violence. The security and the police forces failed to control the ‘unfortunate’ pitch invasion even after announcing the protests officially via different local newspapers.

“Through this initiative, we were able to spread an important message vigorously to the people around the world about the abuse that the club is still tolerating under the Glazers.

“These protests will happen more often if the fans’ voices are being ignored by the club. Our fans have spent decades campaigning to raise awareness about the incautious ways the owners have chosen to run the club.

“I don’t see an ownership change happening any time soon. But the owners will face serious ramifications in the future if changes are not being considered as the impact will throw some dark shade on revenue via commercial stakeholders due to the negative PR reverberated through these protests.

“These protests won’t stop until a major decision is made by these owners.” 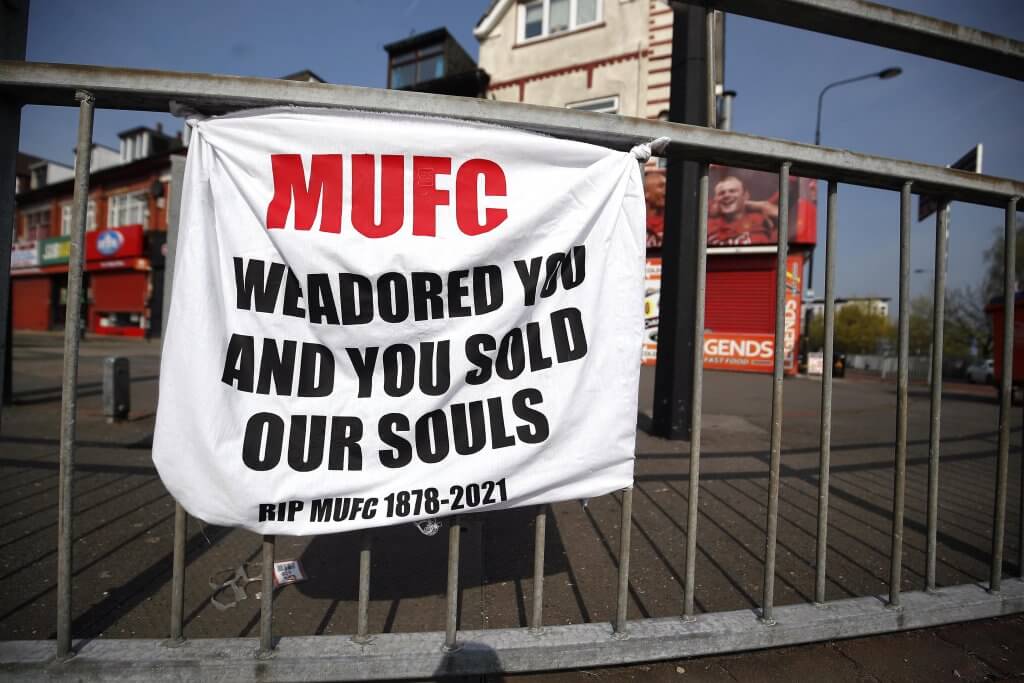 But David from Man Utd Fans told FansBet: “I’m absolutely disgusted by the thugs who invaded the stadium, attacked police and stewards. They should all be banned for life.

“If the fans act like this how could anyone support the 50+1 ownership model? This has pushed the Glazer out movement backwards.”

A statement released by the club read: “Our fans are passionate about Manchester United, and we completely acknowledge the right to free expression and peaceful protest.

“However, we regret the disruption to the team and actions which put other fans, staff, and the police in danger.

“We thank the police for their support and will assist them in any subsequent investigations.”

The Premier League said it understood the fans’ “strength of feeling”, but condemned “all acts of violence, criminal damage and trespass, especially given the associated Covid-19 breaches”.

It added: “Fans have many channels by which to make their views known, but the actions of a minority seen today have no justification.

“We sympathise with the police and stewards who had to deal with a dangerous situation that should have no place in football. The rearrangement of the fixture will be communicated in due course.”