How can Jose Mourinho and co. delay City title celebrations?

It’s the nightmare scenario for Manchester United fans. On Saturday they head to Manchester City knowing they cannot afford to lose or they will hand the title to their rivals.

Sixteen points clear already, one more win for Pep Guardiola’s side will see them clinch their third Premier League title in seven years and, potentially, start a new era in English top-flight football.

That would be motivation enough, but with Jose Mourinho’s relationship with Guardiola frosty at best, there is another layer of narrative to this already storied occasion.

With all that taken into account, the blue touchpaper has well and truly been lit.

Our friends at Football Whispers have previewed Saturday’s game, looked at the key battles and where the match â€“ and potentially title â€“ will be won or lost.

City boss Guardiola had already made suggestions he would rotate for this game as it fell between the two legs of their Champions League quarter-final against Liverpool.

However, after losing 3-0 to the Reds in Wednesday’s first leg at Anfield, the Catalan tactician has little choice but to rest his star names on Saturday to give them the best preparation for the all-important return fixture.

That could mean as many as eleven changes for the Citizens making their side hard to guess. A number of the club’s young stars look set to feature, among them Phil Foden, Tosin Adarabioyo and Oleksandr Zinchenko, while Sergio Aguero should lead the line if fit.

For Manchester United and Mourinho there is no dilemma. The Portuguese can only name his strongest XI and should persist with 4-2-3-1 to give his backline some much-needed protection.

The biggest question will be the composition of the midfield. Juan Mata started against Swansea last weekend but the Spaniard is not the most defensively robust and could be sacrificed. 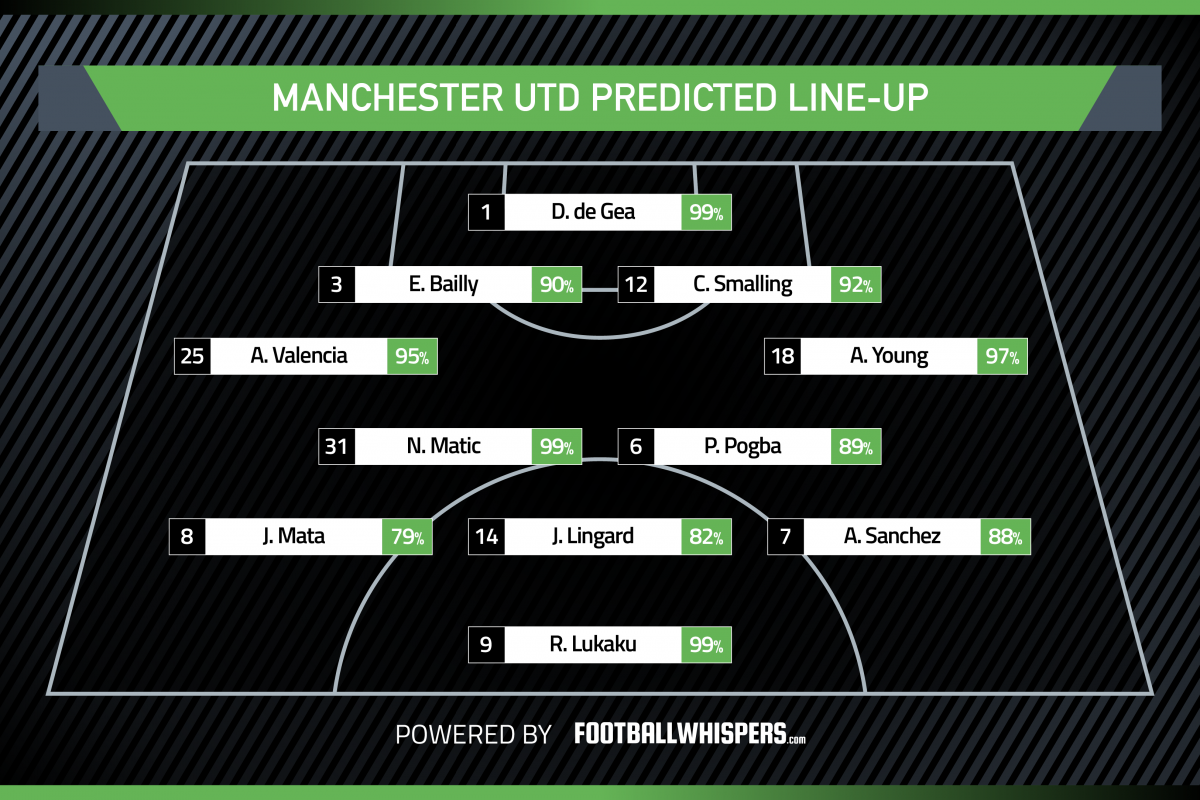 Despite occasional flirtations with a back three this season, City have stuck to Guardiola’s favoured 4-3-3 system, the shape which brought him unprecedented success while in charge of Barcelona.

That should remain the same on Saturday with veteran Yaya Toure the most likely candidate to screen the back four.

Ahead of him, England Under-17 World Cup winner Foden looks likely to get the nod and he will play a similar role to Kevin De Bruyne, linking the midfield and attack. The teenager has made just three substitute appearances totalling 17 minutes this season and could be handed his first Premier League start.

For United it will be a case of simply stopping City from playing their natural, brilliant game. Something Mourinho will relish. The Portuguese has, rightly, taken plenty of criticism for his side’s lack of guile and panache but will not care one iota if United deny Guardiola and City.

That will mean a rigid, organised midfield with Nemanja Matic and one of Paul Pogba, Marouane Fellaini or Scott McTominay protecting the back line.

The three players positioned behind Romelu Lukaku will be expected to help out too and United won’t attack without ensuring the back door is locked first. It won’t be pretty, but Mourinho will be banking on its effectiveness. 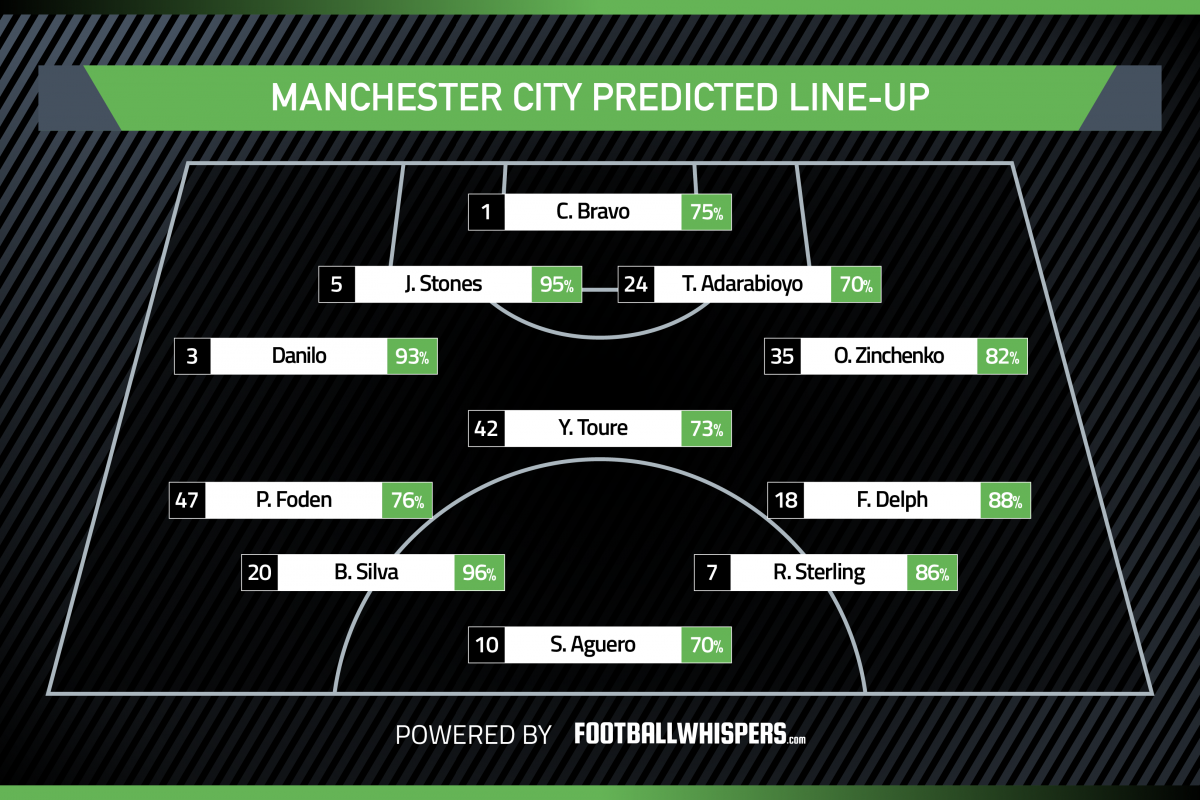 Manchester City’s all-time leading scorer, Aguero missed Wednesday’s defeat at Liverpool but is in contention to return against United after recovering from a knee problem which has ruled him out for more than a month.

And the Argentine will be licking his lips at the prospect of facing United. In 11 meetings Aguero has bagged eight goals, making them one of his favourite opponents.

If the 29-year-old does not make it, though, Guardiola will have to choose between young forward Lukas Nmecha or playing without a recognised striker â€“ unless he risks Gabriel Jesus.

United, on the other hand, have no concerns and will look to£75million man Lukaku to spoil the City party. 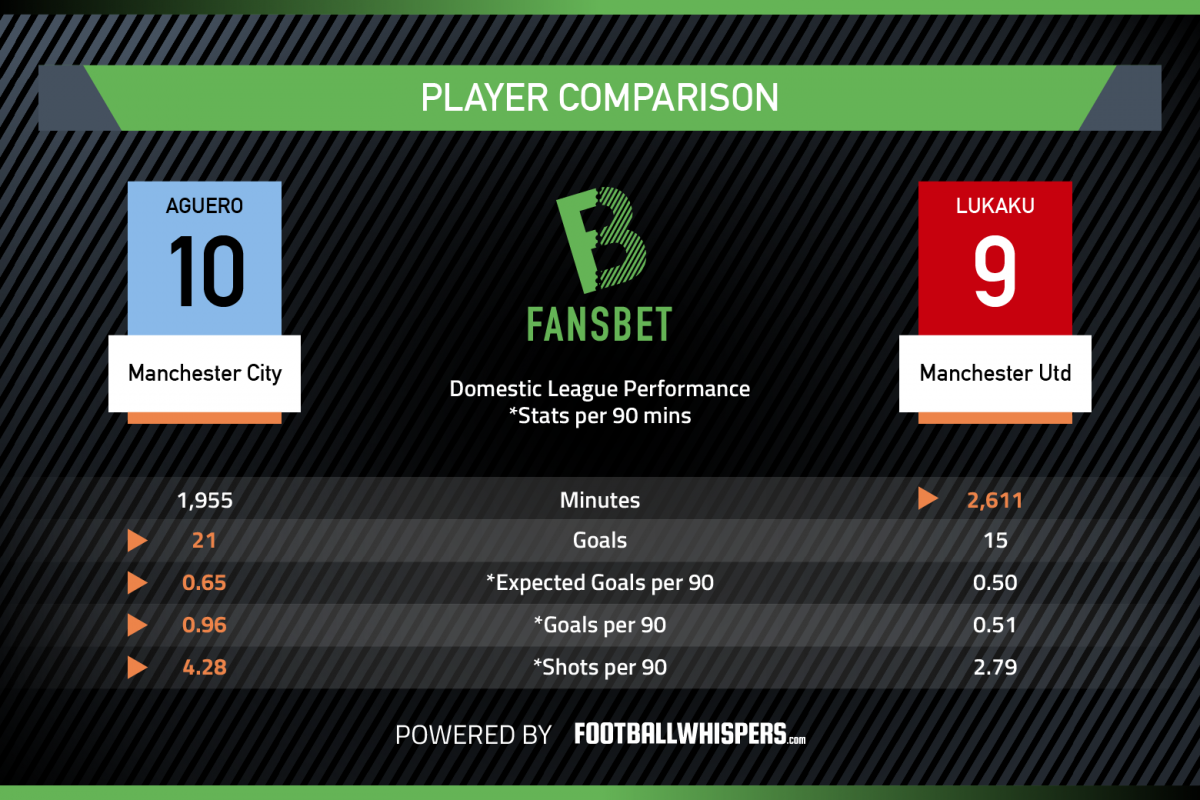 The Belgian forward has frequently been criticised for his record against top-six sides and accused of being a flat-track bully who enhances his tally exclusively against smaller sides.

However, the 24-year-old â€“ who reached 100 Premier League goals by scoring in last weekend’s win over Swansea City â€“ has 20 in 72 games against Manchester United, City, Arsenal, Liverpool, Chelsea and Tottenham.

Three of those have come against the Citizens and if he can add to that record on Saturday United will be well on their way to avoiding the ignominy of handing their fierce rivals the title.

Since swapping Arsenal for United Sanchez has struggled to recapture his best form. With just two goals and one assist in his brief Old Trafford career, the Chilean is struggling to justify his£500,000-a-week wages â€“ a salary which makes him the Premier League’s best-paid player.

However, he scored against Swansea last Saturday with a well-taken low shot and will fancy his chances against City’s stand-in right-back, Danilo.

The former Real Madrid defender arrived at the Etihad Stadium last summer but has found himself behind Kyle Walker in the pecking order. A threat going forward, Danilo has never been comfortable defensively and will be there to be got at on Saturday.

However, the Brazilian should get the nod on Saturday and will have to keep Sanchez quiet.

United’s new No.7 has averaged 4.01 successful dribbles per 90 since his switch, more than the 2.5 he was enjoying at Arsenal, and has 5.8 touches in the opponent’s box per 90. He is also supplying 1.48 key passes for his new team-mates, a figure which is down on the 2.56 he averaged in North London

There would be no better way for Sanchez to show his new supporters what he can do and prove his detractors wrong than by making a match-winning contribution against Manchester City on Saturday.