Rob Milarvie from City Xtra previews Manchester City's huge clash with Lyon in the last if the Champions League quarter-finals.

Manchester City face Lyon in the closing quarter-final fixture of the Champions League this Saturday evening and Pep Guardiola’s side come into this knockout tie heavy favourites despite the French side’s excellent recent record against the Blues.

Of course, with the international knockout format uniquely in place for this belated Champions League stage, the weight of the tie can shift in an instant.

Both teams will be heavily focused on applying a conservative approach while latching onto any misgivings from the opposition, epitomised by City’s two goals against Real Madrid last Friday.

With this in mind, here are the five things to look out for this Saturday night. 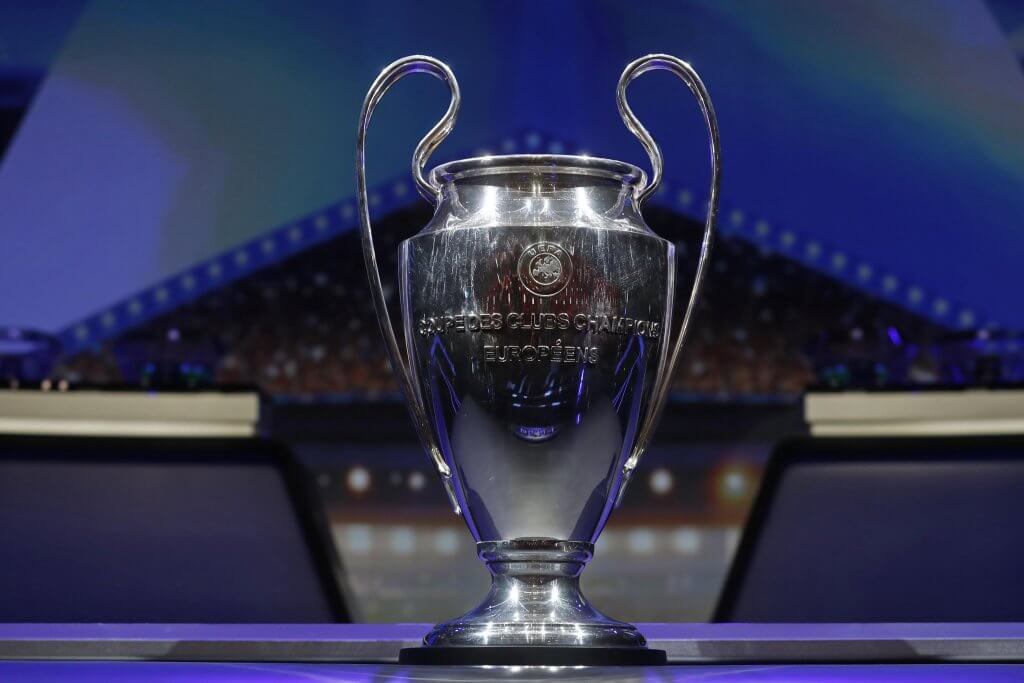 City and Lyon met as recently as last season in the Champions League group stage, with City unable beat the French side on either occasion. Lyon were 2-1 victors at the Etihad back in September 2018, the only home defeat for City in the campaign. In the return game, they held out in a 2-2 shootout where both sides carved out multiple key chances.

This final tie of the unexpected trilogy promises to hold up to that level of quality and rigorous tactical acumen. Lyon has certainly evolved since the group stages last season, with a new coach entering the fray in Rudi Garcia and the departures of influential players Nabil Fekir, Tanguy Ndombele and Ferland Mendy.

Yet exciting and game-changing players still remain from those performances last year. The likes of former Manchester United forward Memphis Depay, who has been in inspired form during his time in France, former Celtic striker Mousa Dembele and young prodigy Houssem Aouar can all provide the rallying cry following their unlikely triumph over Juventus in the previous round, that they are indeed good enough to beat this City side, especially in a one-off game. 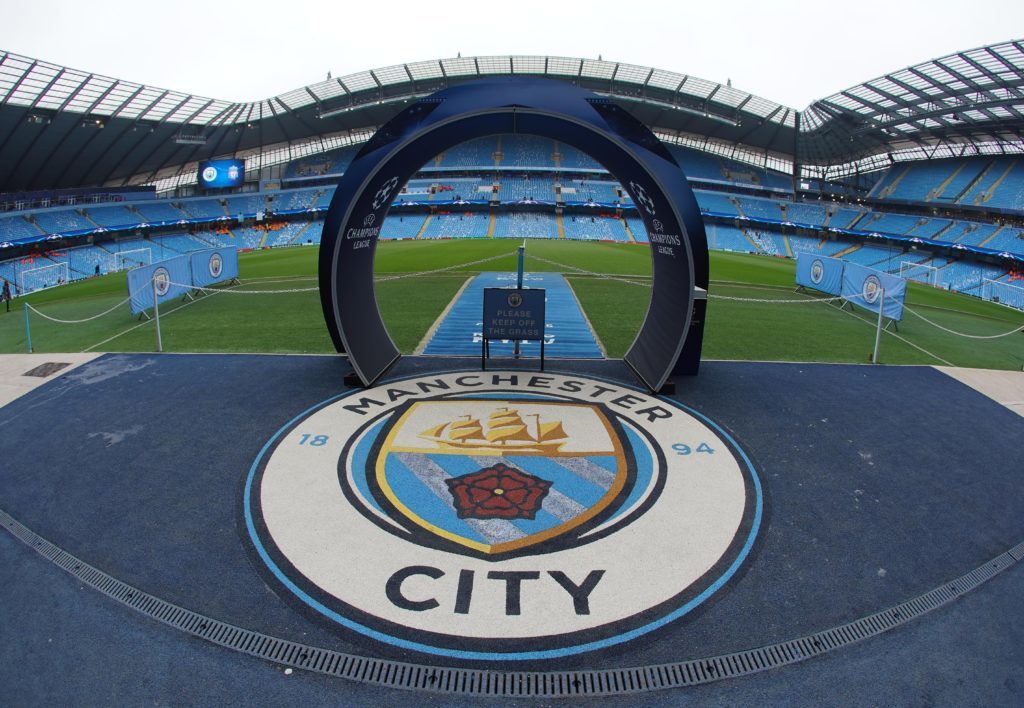 With Lyon experiencing understandable changes during the past season, one question that arises from many fans is how exactly does the French side set up? Pep Guardiola was wary during the post-match interview following the win over Real Madrid, that Lyon would be by no means an easy or comprehensive affair.

Garcia’s side appear to flex between a 4-1-4-1 system, a framework used throughout a majority of the Ligue 1 season, and the more recently deployed 5-3-2 structure. Rudi Garcia has developed an intensely physical, quick and defensively assured outfit.

Before the suspension of Ligue 1, in expected goals against, Lyon had the third highest in the division with 27.1 as well as limiting overall average expected goal per shot to 0.09. In short, they are exceedingly effective in nullifying their opponent’s attacking impetus.

As recently as last month, City experienced a torrid time against a well-equipped pressing side with a back five in the shape of Arteta’s Arsenal in the FA Cup semi-final. While growing into the game, City were fighting a losing battle as the first half got away from them with Arsenal’s astute shape and pressing triggers.

Lyon appear to follow a similar posture, neutralising all inroads into the half-spaces with aggressive man-marking and pressing immediately once the ball is initially passed into midfield.

Rather than waiting for the ball to travel wide, Lyon have a tendency with their spine of eight, to pounce onto the initial pass into a Gundogan or Rodri for example and force a mistake to create a counter-attack. Distinctly familiar to the Fekir goal back in September 2018 where Fernandinho’s pocket was picked leading up to the second goal. 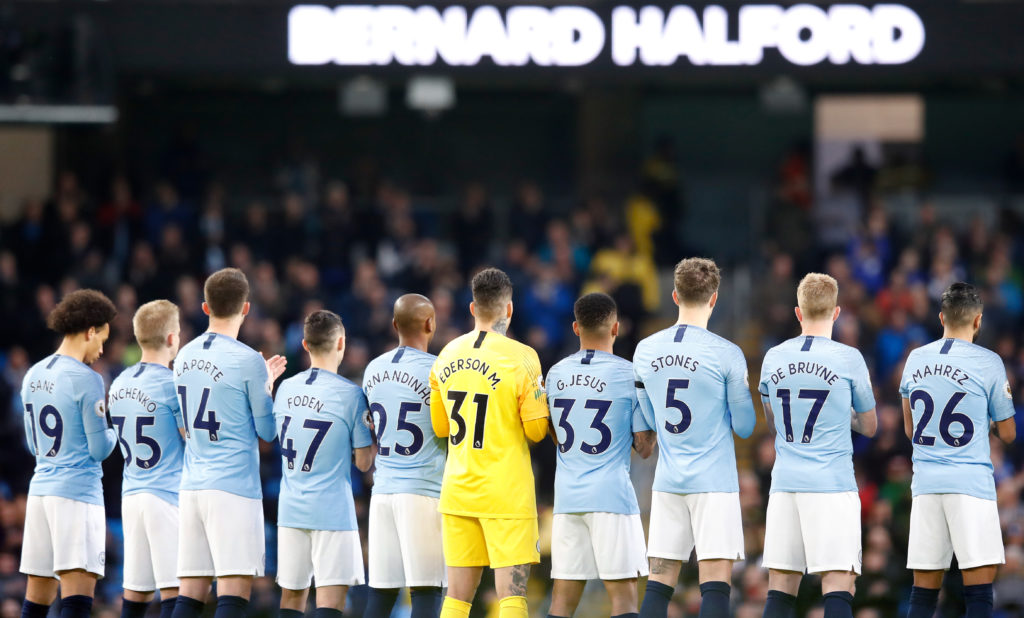 Guardiola’s side have also gone through multiple tactical alterations due to personnel, injury and natural improvement since the Catalan’s arrival back in 2017.

During this belated Champions League campaign, especially seen in both legs against Real Madrid, Pep has implemented a rather conservative approach to their play.

Naturally, City still aim to dominate possession. Yet in the previous round, they relinquished a fair share of possession and went with a combination of either Kevin De Bruyne, Bernardo Silva and Phil Foden acting as two false 9s.

In essence, this box-like dominance in the centre of midfield, with Gundogan and Rodri in a double pivot, enabled City to maintain superiority in the middle of the park as well as enforce a robust pressing platform when in a defensive posture.

It will be intriguing to see if Pep does deploy a similar shape against Lyon. Compacting the central areas from both sides would create a chaotic environment for the midfielders which would, in turn, lead the ball out wide.

This for City could work to their advantage with the like of Sterling, Jesus and Mahrez excellent in 1v1s, link up play and pressing.

Against a back 5 however, City will need to strike the right balance between the aggressive side of their play, pushing high to force those 1v1s with the wing-backs or inside centre-halves all the while maintaining a solid defensive shape to prevent any minor defensive errors that can lead to a decisive Lyon break away. 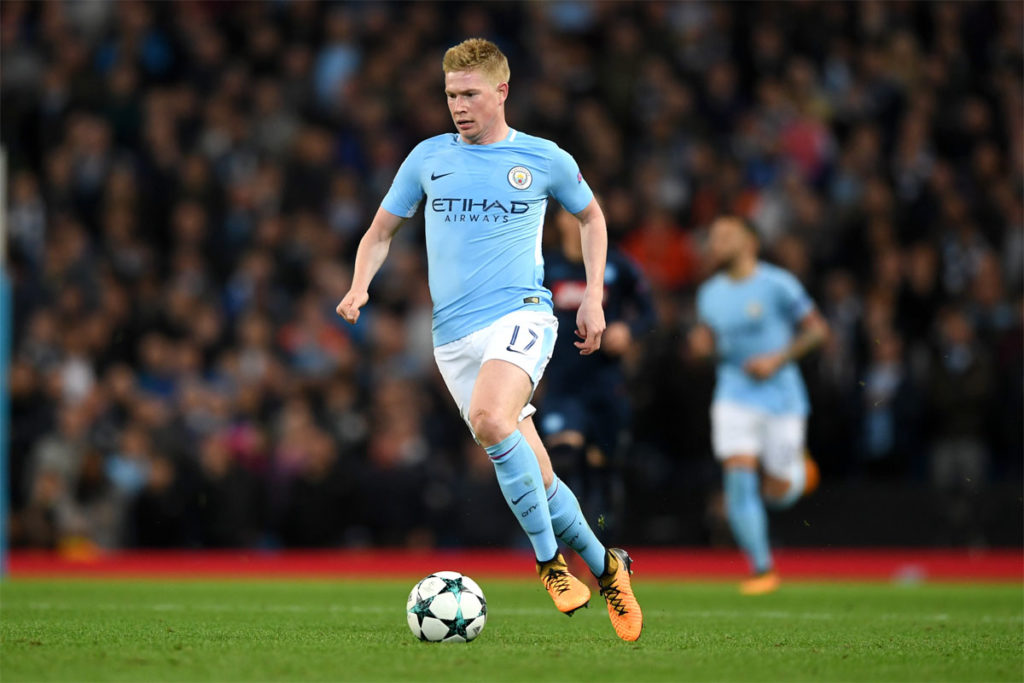 In Manchester City’s tactical attempts to dismantle the Lyon defensive block may indeed come down to a simple factor of weariness.

The Ligue 1 season was cancelled back in April due to the pandemic and since then Lyon have only played more than a handful of games. Four friendlies and two competitive matches are all that is on Lyon’s resume in the past couple of months.

Their cup final with PSG went into extra time and penalties and their second leg with Juventus was a gruelling affair. ESPN expert Julien Laurens stated that Lyon looked spent in the dying embers of the Juventus tie, with only their perseverance and rigour pushing them to full time.

Meanwhile, Manchester City have endured a whole host of games since the restart in order to complete their domestic season.

Only Sergio Aguero is the absentee from their squad which still possesses an extreme array of talent.

One of the cornerstones to Guardiola’s style is to manipulate and psychologically destroy the opposition through creative possession, spatial awareness and direct vertical runs. City will continually look to unlock the Lyon backline but maybe their conservatism and patience will push Lyon to breaking point. 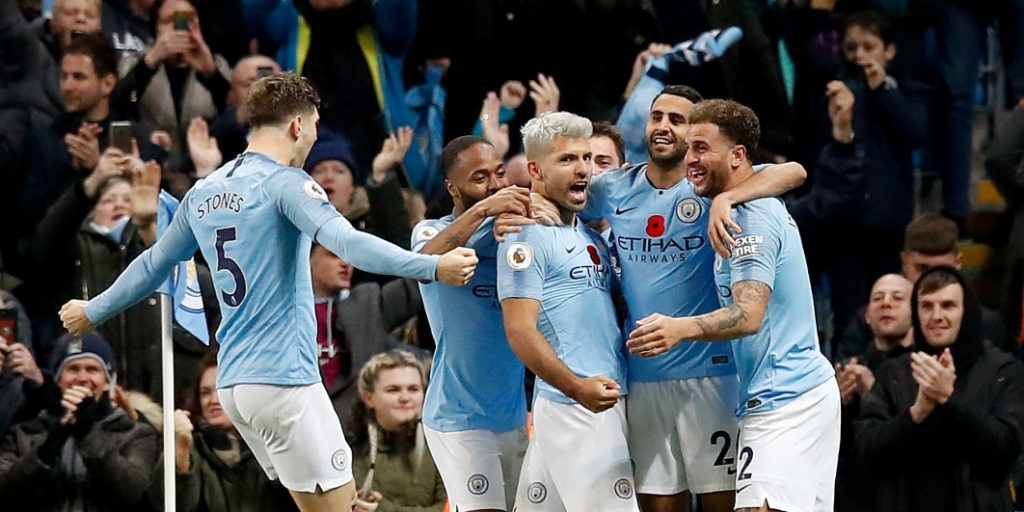 I probably should confess my sporting love for Benjamin Mendy and believe he can make a real impact for Manchester City in the coming seasons.

While many question marks are circling over the heads of many City fans regarding the longevity of Mendy in sky blue, many cannot deny the Frenchman’s asset in City’s offensive play.

While being defensively suspect, he still ranks far ahead of his counterparts for the spot. Cancelo performed well last Friday but completely switched off for Real Madrid’s equaliser.

Sam Lee noted in The Athletic that City’s bench constantly coached Cancelo of his positional duties throughout the second half of when to press and when to be alert and aggressive.

Mendy wouldn’t necessarily need that consistent coaching given his three years becoming adept at the system. Cancelo may well keep his spot but given the rest for Mendy in the final games of the season and the Madrid tie, his freshness will be vital in City handling the opening exchanges.

Furthermore, this will be the first time Mendy has been fit for any tie with Lyon as he missed both group stage games last season due to injury.

I’m not going to assert Mendy will come in and make no mistakes, but his ability on the ball during build-up play, his immense crossing capabilities along with his power and pace in defensive transition will surely benefit City in their overall game plan.

The aim of the City Xtra is to provide aspiring writers the ability to get a foot in the door of the harsh world of football journalism, whilst also becoming the go-to platform for ALL Manchester City fans to get a different insight into the club we all live for.