Huth's brace. Riyad Mahrez dancing around the Etihad. A look back at the game that spurred Leicester City's title dream on to become a reality.

They couldn’t do it, could they?

A question that was continuously asked throughout the majority of the 2015/16 season as Leicester City shocked the footballing world to win their first ever top-flight title.

The 5000/1 shot. The team that pulled off a remarkable recovery to escape relegation the season before winning the Premier League only a season later.

And there was one game where that wildest, wildest dream started to take shape into the most miraculous of realities. One game that shook the footballing world from their slumber and forced them to look at Claudio Ranieri’s side and start taking them seriously.

The Foxes went to the home of their nearest challengers, and the 2013/14 champions, and stunned them, going five points clear.

Leicester had been pulling off remarkable results all season long up until this point, with the 1-0 away victory at Tottenham Hotspur a pivotal moment coming a month before.

But this was special, this was the moment, this was the victory that laid the foundations for Leicester City going on to win the Premier League. 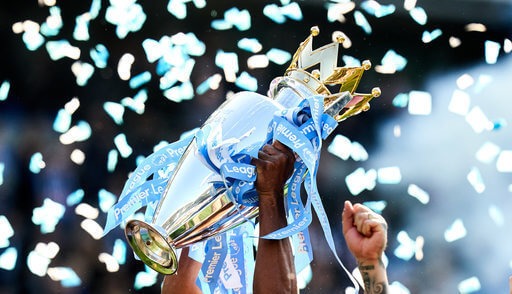 MAN CITY VS LEICESTER CITY – ALL OUR ODDS

City were the favourites, for the game, and for the title.

But three minutes in and Robert Huth, like a god amongst men, got on the end of Riyad Mahrez’s free-kick and there it was, the Etihad were stunned.

Huth had nodded home the crucial winner against Spurs in January and the big man was there to produce the big goals again.

There was still plenty of time for Manchester City, with Aguero, Sterling et al all in cahoots to recover but they never did look like breaking down a stern and resolute Leicester defence that had kept five clean sheets in their past six matches going into this.

22 shots on goal, but just four on target, this was a day that City’s attacking prowess just came unstuck.

Riyad Mahrez has scored a lot of beautiful goals at the Etihad stadium, and will probably continue to do so in the years to come, for Manchester City.

But on this day, he dispatched an absolute beauty in the colours of Leicester City’s away strip.

A neat step-over to send Martin Demichelis for the tram at Cornbrook and a lovely slot into the bottom corner with Joe Hart left standing hapless, and Leicester City living their wildest dreams – 2-0 up at Manchester City.

Sergio Aguero may have grabbed a late consolation, but the damage had been done. City had lost to Leicester and that wild pipedream was so close to becoming a reality.

Leicester went on to lose only one of their remaining thirteen fixtures and one of football’s greatest stories became more than just a fable.

Brendan Rodgers’ class of 2019/20 may be better off points-wise at this stage of the season than the Champions were, but they have a much harder task of pulling off another remarkable achievement going up against the European Champions Liverpool and the City side that has accumulated 198 points in the last two seasons.

A repeat of their 2016 heroics in the Etihad on Saturday evening would see them close the gap to current leaders Liverpool to seven points ahead of the two sides meeting at the King Power Stadium on Boxing Night.

You never know how powerful momentum could be.

They couldn’t do it, could they?

Leicester City: This is Rodgers’ most important season to date.