It might be hard to believe now, but when the Eagles arrived at Old Trafford in December of 1989, some United fans were calling for Alex Ferguson to be sacked.

In December 1989, Manchester United found themselves facing the very real prospect of relegation from the top-flight when they welcomed Crystal Palace to Old Trafford.

A newly assembled side containing some big and expensive signings were struggling to gel and had dropped plenty of points during the first few months of a season that had promised so much.

There were many false dawns along the way too in the form of big wins against Arsenal and Millwall, but a sound 5-1 thrashing to neighbours City and disappointing defeats to the likes of Norwich, Charlton and Everton meant United were firmly placed in mid-table going into their meeting with Palace on December 9th.

And in a season that will be remembered as one that saw United flirt with relegation, it seems funny now that this was seen as a chance to put a run together that would see United propel themselves towards a title challenge.

Even Alex Ferguson in his programme notes spoke of, “getting 12 points over the busy Christmas period,” to be in with a real chance of the title, pointing out how the likes of Liverpool and Arsenal had also been struggling of late. 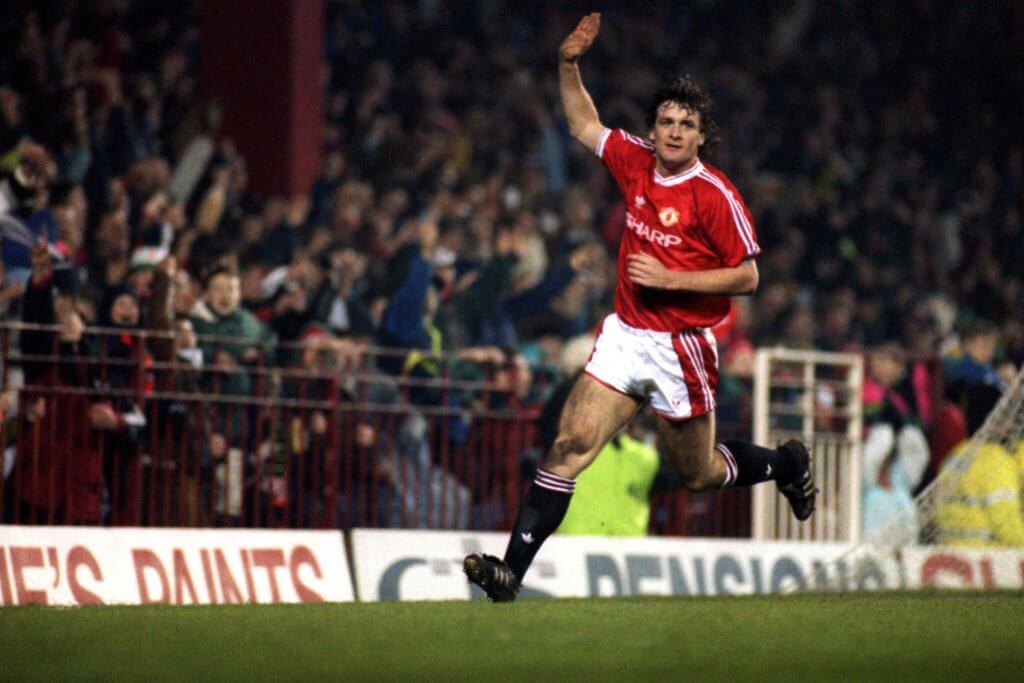 And what better time to start this winning run? Palace were just one point off the bottom of the table and only three months earlier had been demolished 9-0 at Anfield.

But as well as current form, one of the biggest talking point going into the game that day was the omission of Mark Hughes.

The striker had struggled to find the net most of the season as part of a partnership with Brian McClair and because of this would pay the price.

But his work rate and relationship with the United faithful meant this was to be one of the manager’s most controversial decisions in his early years in the job, with many of the 33, 514 in attendance not holding back in venting their feelings.

However, after just nine minutes the call seemed to be the right one and United looked to be well on their way to the 12 points that Ferguson believed would have seen them put up a title challenge as Russell Beardsmore nodded home from close range.

And in the minutes that followed those who made up the lowest attendance of the season so far could have been forgiven for thinking United might be on course to better the nine that Liverpool had put past this sorry outfit back in September as United squandered chance after chance. 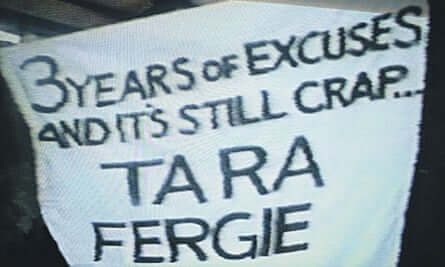 But former United hero and young Palace manager Steve Coppell had other plans for his side which contained exciting names like Nigel Martin, Mark Bright and Ian Wright.

Just before half time, Mark Bright nodded the ball high into Jim Leighton’s net with inexplicable ease and on the other side of the break Bright struck again, squeezing the ball between the stricken United ‘keeper and the post to put Palace into the lead.

A lead which they would go on to protect as they won the game 2-1.

A forgettable game maybe, but the match was to be more memorable as being a turning point among many of the United faithful than anything else.

Match going Reds had been patient with their team up until this point. They had watched excitedly as players like Webb, Phelan and Wallace were brought in at great cost, yet seen nothing in return, and this latest disappointment proved to be the straw that broke the camel’s back for many.

And the level of despondency around Old Trafford that day is described brilliantly in Pete Molyneux’s fantastic book “TARA FERGIE,” as it was this very game that saw that famous banner unveiled for the very first time as loyal fans like Pete had simply had enough of what they were seeing. 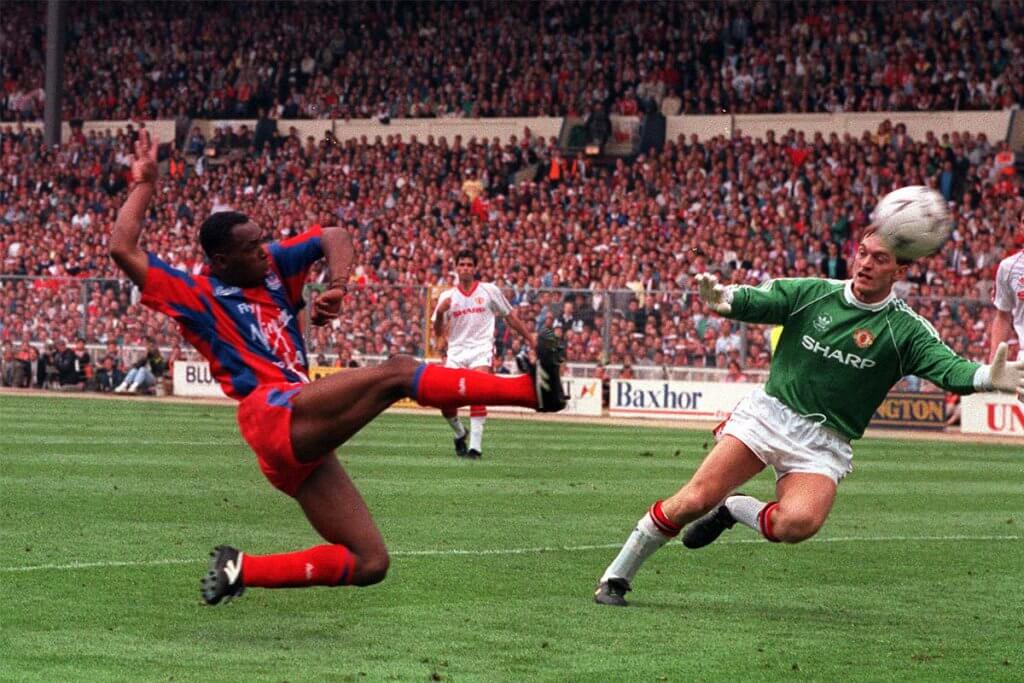 “It was like lancing a boil,” explained Molineux when talking about his protests at that game years later. “I simply wanted to get my frustration off my chest and put the strength of our dissatisfaction firmly on the agenda.”

Ironically, United would go on to win the FA Cup that year, beating Crystal Palace at Wembley in the final of a competition which is often credited for saving Alex Ferguson’s job at the time.

Okay, we all know that those who were calling for the manager’s head that day don’t need to be reminded of what happened in the following seasons.

They’ve had it rammed down their throats each time another Ferguson team got their hands on a piece of silverware in the years since.