Man City v Everton preview: Can the champions bounce back against the Toffees?

We've analysed the form, tactics and key players of both sides as Manchester City prepare to host Everton

Manchester City find themselves in an unusual position as they prepare to host Everton at the Etihad Stadium on Saturday: having to bounce back from a Premier League defeat.

The reigning champions only lost twice en route to a record 100-point title win last season, to Liverpool and Manchester United. And they were unbeaten domestically this term until their trip to Stamford Bridge last weekend, in which Chelsea came away with a highly impressive 2-0 win.

City will be glad of a home fixture as they look to get back on track and wrestle top spot away from new league leaders Liverpool, but seventh-placed Everton will not be the easiest side to do so against.

Indeed, the Toffees were the first team to halt Pep Guardiola’s winning machine early last season, picking up a draw at the Etihad. Now under the stewardship of former Hull City and Watford boss Marco Silva, Everton are intent upon breaking into the top six.

Here’s our preview of this crunch Premier League encounter.

City’s slip-up against Chelsea – a game in which they had enough chances to have at least earned a draw – means they now trail Liverpool by one point. 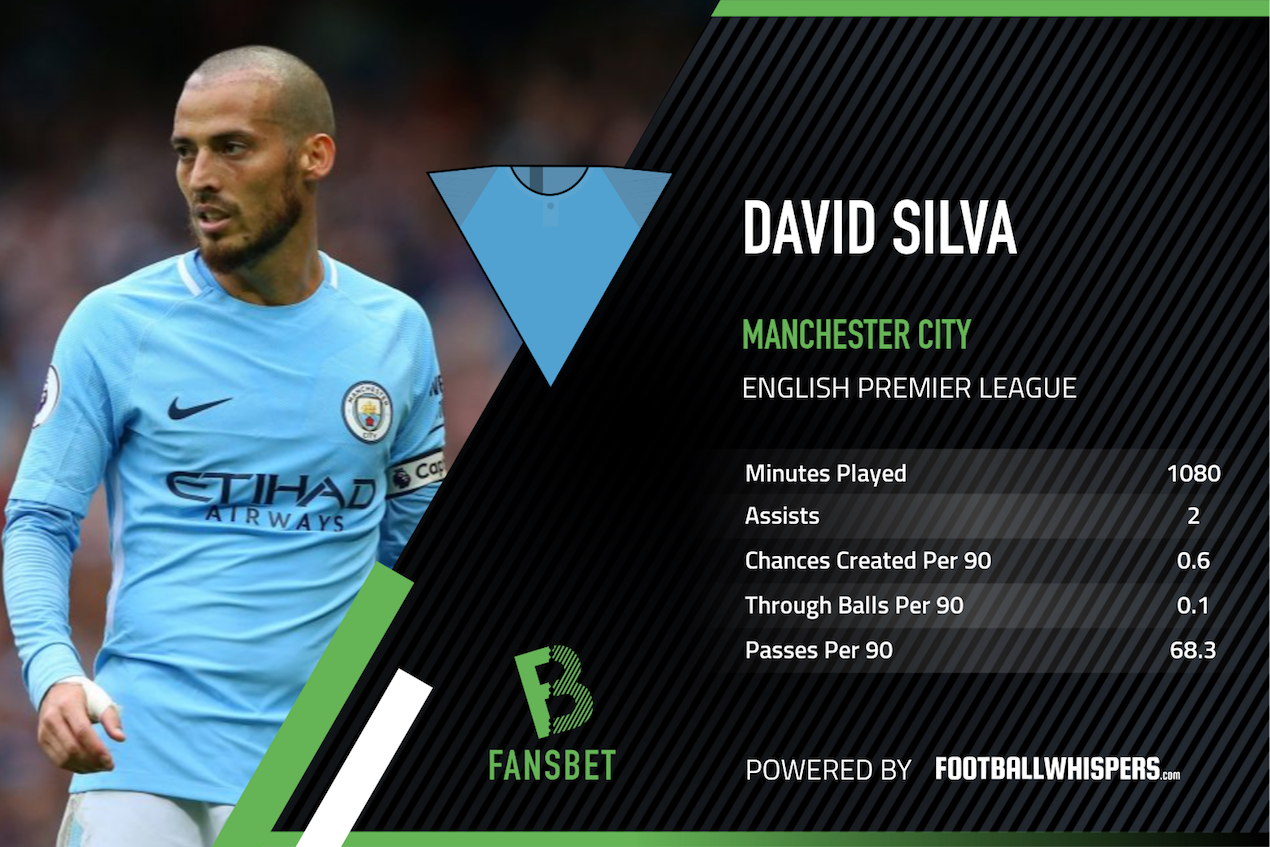 Man City are 1.21 to beat Everton at the Etihad*

But before their Stamford Bridge setback Guardiola’s side were in imperious fettle. Even with the defeat to the Blues, they have won 13 of their 16 league games so far this season, with Wolverhampton Wanderers and Liverpool the only other sides to take points from the champions.

City have also scored six times in a game twice this term already, hit five twice and scored three or more a total of eight times.

Although Everton still occupy the “best of the rest position” outside the established top six, they have won just one of their last five Premier League games.

Most recently, they have followed up a dramatic, late 1-0 Merseyside derby defeat to Liverpool with disappointing home draws against Newcastle United and Watford.

City’s tactics under Guardiola are well established at this point. Although the Catalan tactician occasionally experiments with a back three, 4-3-3 is very much the standard formation on show at the Etihad.

That, though, is often somewhat of a misnomer, as when in possession the champions take on more of a 4-1-4-1 shape with Fernandinho holding the fort to enable the midfielders and full-backs to push forward – and City are invariably in possession.

Silva has tended to operate with a 4-2-3-1 formation at Everton, boldly selecting two out-and-out wingers in Theo Walcott and Bernard either side of Gylfi Sigurdsson, a classic No.10.

And even one of the two deep midfield roles has been filled of late by the in-form Andre Gomes, a loanee from Barcelona who would certainty not consider himself defensive-minded.

The Portuguese coach may wish to hold back on such attacking instincts at the Etihad, however, and opt for a slightly more pragmatic 4-1-4-1.

Raheem Sterling, Manchester City – With eight goals and six assists to his name so far this season, no player has been directly involved in more Premier League goals than City’s Sterling.

The England wide man has been in the news of late due to the abuse he suffered from the stands at Stamford Bridge last weekend. Sterling discussed his treatment eloquently via social media and has sparked debate and a widespread rethink of how he and other young black players are portrayed in the media, and for that he deserves huge credit.

He also deserves enormous credit for his work on the pitch. Whether playing on the left or right of City’s attack, Sterling has become one of the English top flight’s most reliable scorers and creators. If the season were to end today, there’d be few stronger Player of the Year candidates.

Richarlison, Everton – With eight goals to his name already this season, 21-year-old Brazilian forward Richarlison is looking like one of the signings of the season – and to think many scoffed at the £40million Everton paid to take the former Fluminense man from Watford.

Utilised predominantly as a striker, as opposed to the left-flank remit he occupied at Vicarage Road, Richarlison has so impressed that the mighty Barcelona are reportedly considering him as a potential long-term replacement for Luis Suarez.

Norwich vs Manchester City: Hosts will play without fear against the champions