As Livingston go into their fifth game of the season unbeaten, Calum Brown from Talk Livi looks at how they can keep this record intact as they face Rangers this weekend.

Now that domestic football is on the brink of returning following the international break, the excitement for Livingston’s trip to Ibrox is high. We face Rangers after a fantastic opening four games, as we sit in third place just one point off this weekend’s opponents.

We’ll be hoping to continue our unbeaten start to the 2019/20 campaign, but Rangers will undoubtedly be the best team we’ve come up against this season, so to come away with anything would be fantastic especially away from home.

The start to the season has just been absolutely incredible, but we can’t get carried away. The wins against the likes of Ross County and St Mirren will define our season so it’s fantastic that we’ve got those points in the bag already – we just need to keep momentum and keep grinding out results.

I’m not going to be totally negative when looking ahead to Saturday’s trip to Ibrox, but I think we’ll need to be at our very best, and we’ll need Rangers to have an off day if we are to get anything from the match.

With that being said though, all the pressure is on Steven Gerrard’s side. Livingston have absolutely nothing to lose going into the game, with the expectation of a win on Rangers’ shoulders. 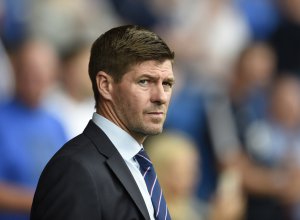 Rangers’ last match was the defeat in the Old Firm Derby to Celtic, one which did not go down well with their supporters. Everyone at the Ibrox club will be fired up to put right their wrongs, and to send a message to their title rivals with an emphatic victory.

I believe Rangers will be totally up for the game after the humbling defeat against Neil Lennon’s side, so I’m expecting a Rangers side who’ll be raring to inflict the pain they suffered on someone else.

Last season we were brilliant at frustrating teams, which would be excellent on Saturday. We did it at home to both Rangers and Celtic, and also at Celtic Park.

With the expectation of a win from the two big clubs against a smaller side like Livingston, the crowd start to get on their teams’ back, and that has played into our hands. 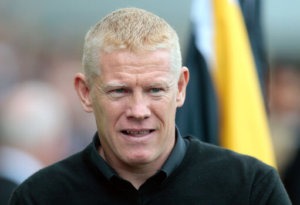 The longer Livi can frustrate Rangers, and keep the score at 0-0, the more anxious and irritated the 50,000 strong fans will be. That then puts pressure on the players to perform on the pitch, which would work in our favour.

If Livingston can nick a goal on the break or from a set piece then that would be superb, but our best shot at a result is simply sitting back and frustrating Rangers.

It’s going to be 90 minutes of dominance from the Govan club, who’ll create several chances and have the vast majority of possession, but anything can happen in a game of football.

We’ve looked good going forward this season, so we can be dangerous on the break, especially if Gerrard’s side play as attacking as they have in previous meetings, with the full backs bombing forward.

As I say, I’m not expecting much but as long as we show some character and a bit of fight then I’ll be happy. There were no results last season against the Glasgow clubs that were totally embarrassing, and there were several pleasing performances.

That’s all we’ve got to hope for at the weekend, a good performance and a bit of fight to give a respectable result.

The gulf in finances should tell you all you need to know about this match. Rangers are of course firm favourites and should be winning comfortably.

It would be a miracle if we took anything from the game, but I’ve seen stranger things happen. We’ve been written off before and have a habit of proving people wrong.

So, taking everything into account, here comes the dreaded prediction. I think we’ll be dogged and give Rangers a difficult game. They’ll dominate but I think they’ll have to work very hard for the three points and it won’t be as comfortable as many expect.

I’m going for Rangers 2-0 Livingston. A respectable result against quite frankly a bigger and better side. This game will not define Livingston’s season, and we’ve nothing to lose. My fingers will remain crossed for an upset though!