Wins at Old Trafford don't come by regularly for Liverpool supporters, so when they do win at their arch-rivals' back yard it makes the victory that bit sweeter. We take a look back at some of their famous wins over Manchester United.

Manchester United vs Liverpool will always be one of the biggest fixtures in the English football calendar, regardless of the contrasting fortunes of the two teams.

It was Manchester United who famously ‘knocked Liverpool off their perch’ under Sir Alex Ferguson by eclipsing the Merseysider’s 18 league wins by achieving their 20th title in 2013.

But the Red Devils haven’t tasted Premier League success since, while 30 miles down the M62, Jurgen Klopp led his side to their first league championship in 30-years in 2020 and their 19th in total – but trips to Manchester have not traditionally been prosperous for the men from Anfield.

Even so, there is still nothing better than a win over United in their own back yard for Liverpool supporters, so here is a look back at some of the occasions when The Reds have sent their fiercest rivals packing. 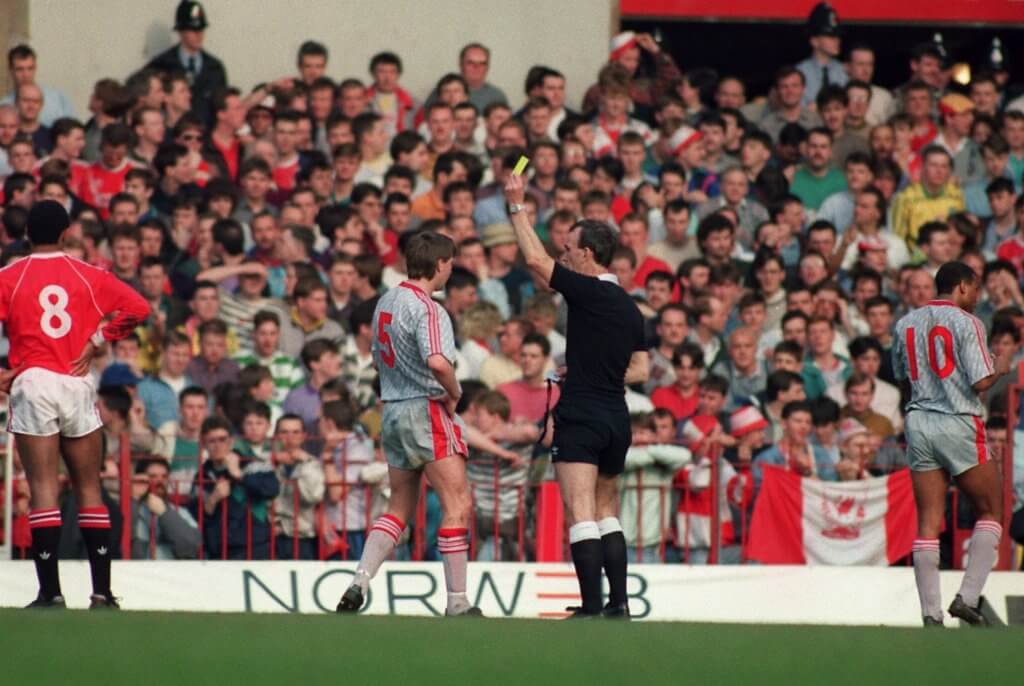 A Liverpool team travelling to Old Trafford in search of a win to keep their title hopes alive? We’d seen it before this game and we would see it after it as well, but it was the context of Manchester United’s season that was alarming.

United found themselves just two points above the relegation zone in the old First Division following the climax of this game, (ahead of 18th placed Manchester City) and with spring starting to turn into summer found themselves in a unique scenario, a relegation battle.

Five wins from their final nine games kept Alex Ferguson’s side up, who also went on to win the FA Cup, while the visitors claimed a massive victory on their way to chasing down Aston Villa and winning their 18thleague title.

A textbook run down the left side allowed John Barnes to give Liverpool the lead here, who then added to his tally with a penalty in the second half.

United’s goal from that day will be the one you remember the most however, after Ronnie Whelan chipped Bruce Grobbelaar from 25 yards out to give the hosts hope of getting back into the match. 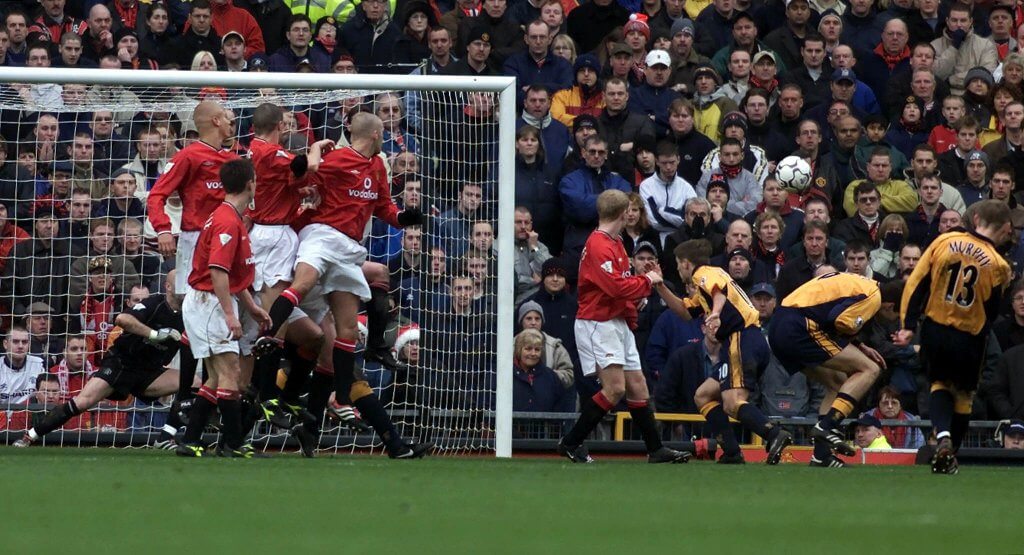 That 1990 win turned out to be Liverpool’s last for a decade, so fast forward to the end of the year 2000 and after the world’s close brush with the end following Y2K, a visiting side claimed victory at Old Trafford.

United had gone two years unbeaten at home in the league before Gerard Houiller’s men rolled into town.

This was actually Liverpool’s first win over United home and away in the league for five years, which made the victory even sweeter.

Danny Murphy’s deftly executed free-kick two minutes before the half-time break was enough to seal the three points, a situation that turned out to be quite regular in the coming years. 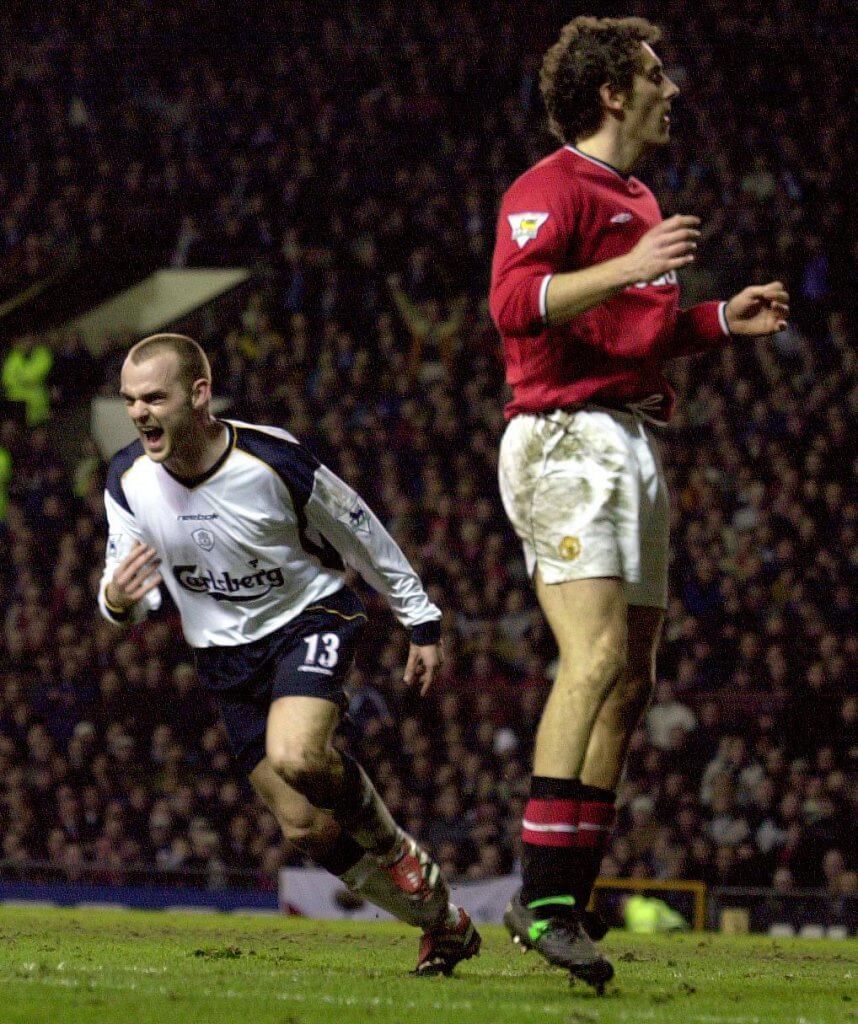 Murphy must have been in the nightmares of all United fans for the first half of the 2000’s as Manchester United 0-1 Liverpool (Murphy) turned out to be a regular occurrence.

Three times a goal from the now Match of the Day pundit proved to be the winner for Liverpool at Old Trafford which really brings to the surface the question of whether there should be a statue of Murphy erected outside Anfield.

This was a hustle-and-bustle of a game and it was a rare moment of quality, from Steven Gerrard, who produced a pin-point pass to find Murphy who lobbed United goalkeeper Fabian Barthez from inside his own area.

A win that ended a run of eight successive wins for league leaders United and closed the gap down to two points between them and the victors, who had catapulted up to third place. 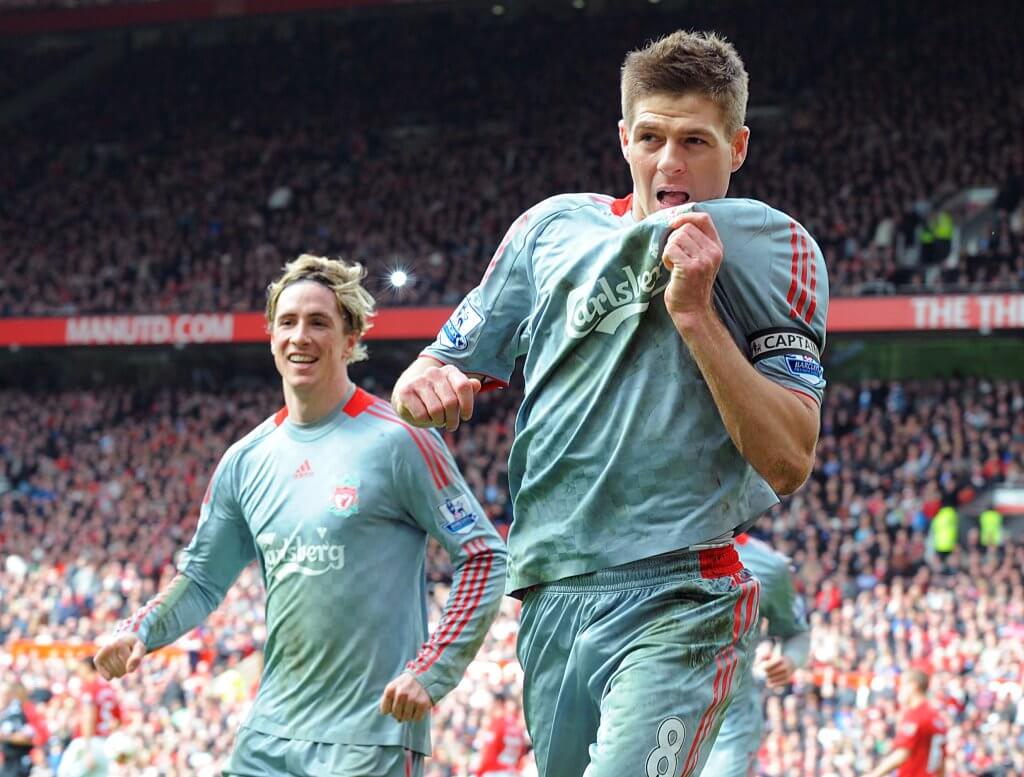 Liverpool claimed their first win at Old Trafford since 2004 in remarkable fashion, humiliating the champions at home to restore some hope into their own title challenge.

Cristiano Ronaldo had given the hosts the lead from the penalty spot which sparked off an incredible chain of events.

Captain Steven Gerrard equalised from his own penalty before Spanish striker Fernando Torres slotted home to give 2nd placed Liverpool the lead.

A stunning free-kick from Brazilian left-back Fabio Aurelio followed by THAT Dossena goal stunned United and cut the gap to four points.

United held on to claim the title this season despite the result, but this certainly helped develop an almighty title race. 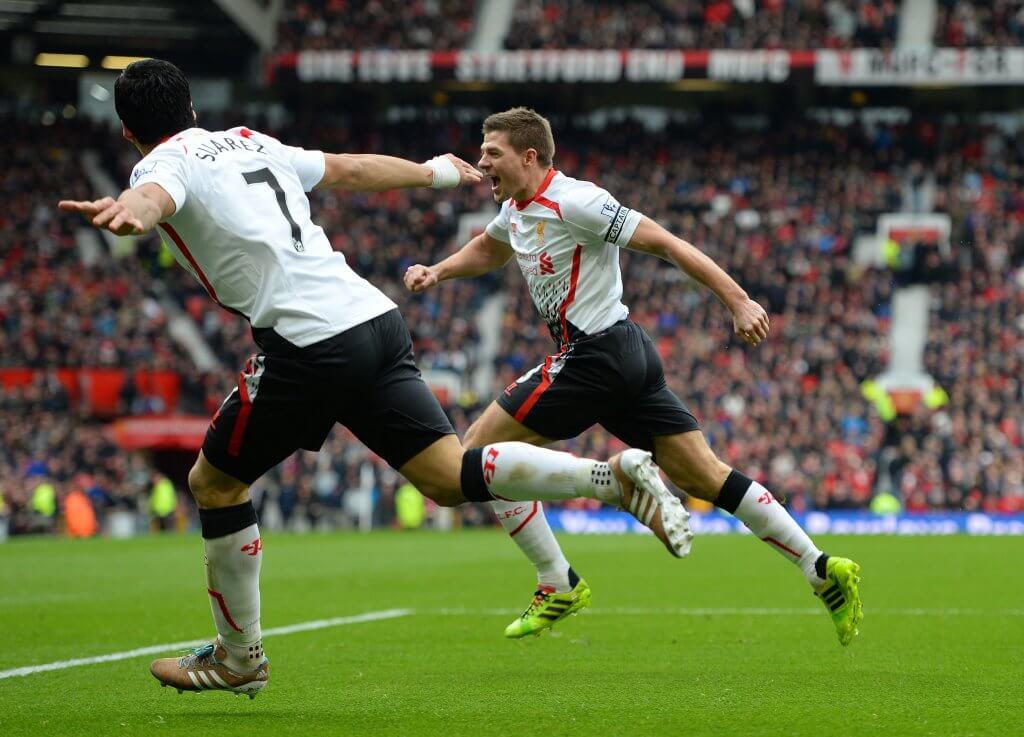 A resounding win at the Theatre of Dreams over the reigning Premier League champions helped Liverpool strengthen their claim for their own title chase.

Luis Suarez sealed the win with a third in the second half as Brendan Rodgers’ side moved to within four points of leaders Chelsea.

In truth, this was never really a contest as Liverpool knocked the ball round a despairing United team with ease and the writing was on the wall for Moyes with his dismissal coming weeks later after another 3-0 defeat, at his old club Everton.