“If we win that game and we’re going into the game level or close to them, I think we go on and we win the title.” - Liverpool fan Callum from Team Kopish looks

After Liverpool claimed the first piece of silverware of the 2021/22 season by edging out Chelsea in the Carabao Cup final, the eyes of Reds’ fans have swiftly turned to the Premier League’s title race.

A penalty shootout was needed to separate the two teams at Wembley, but Jurgen Klopp and his players were the ones who paraded the trophy as the Merseyside outfit continue their rise.

With Liverpool competing on all fronts, an historic quadruple is still on. Klopp has dismissed such suggestions as “crazy,’ but there’s no denying his team, who have won their last 11 matches in all competitions, are growing stronger and stronger.

This is certainly the case in the Premier League, where the 13-point lead held by Manchester City in mid-January has narrowed to just six points.

“In terms of how big this trophy is for Liverpool’s season, for me it’s massive.

“I’m still not going to go out on a limb and say we’re definitely going to win the title, but we’re 100% in the title race – I don’t think anyone could deny that.

“This win breeds a lot of confidence, a lot of happiness, a lot of togetherness in the camp and I think it will really help us going forward.”

🙌 “It breathes a lot of confidence, happiness and togetherness going forward.”@callumsanderson from @TeamKopish says #LFC’s EFL Cup win could have a big impact on their title bid… 🔴👏 pic.twitter.com/OZyUJaBmub

The Anfield outfit – one of only two sides left in the EFL not to have suffered defeat in 2022 – have now scored 20 goals in their last seven Premier League matches.

Not only is Mohamed Salah, arguably the best player in the world right now, in exceptional form, new January addition Luis Diaz has given Liverpool another dimension. Indeed, the Colombian has hit the ground running in a red shirt.

“The likes of [Ibrahima] Konate, [Takumi] Minamino, [Divock] Origi, Harvey Elliott… all these players have contributed, but I’m going to be honest with you – the players I feel might have a say in the title race between now and the end of the season are Naby Keita and Luis Diaz.

“I know he’s our new signing, but he has looked absolutely fantastic since he signed. Energy, pace, trickery, finishing, work-rate, defending… he does everything on that left hand side.” 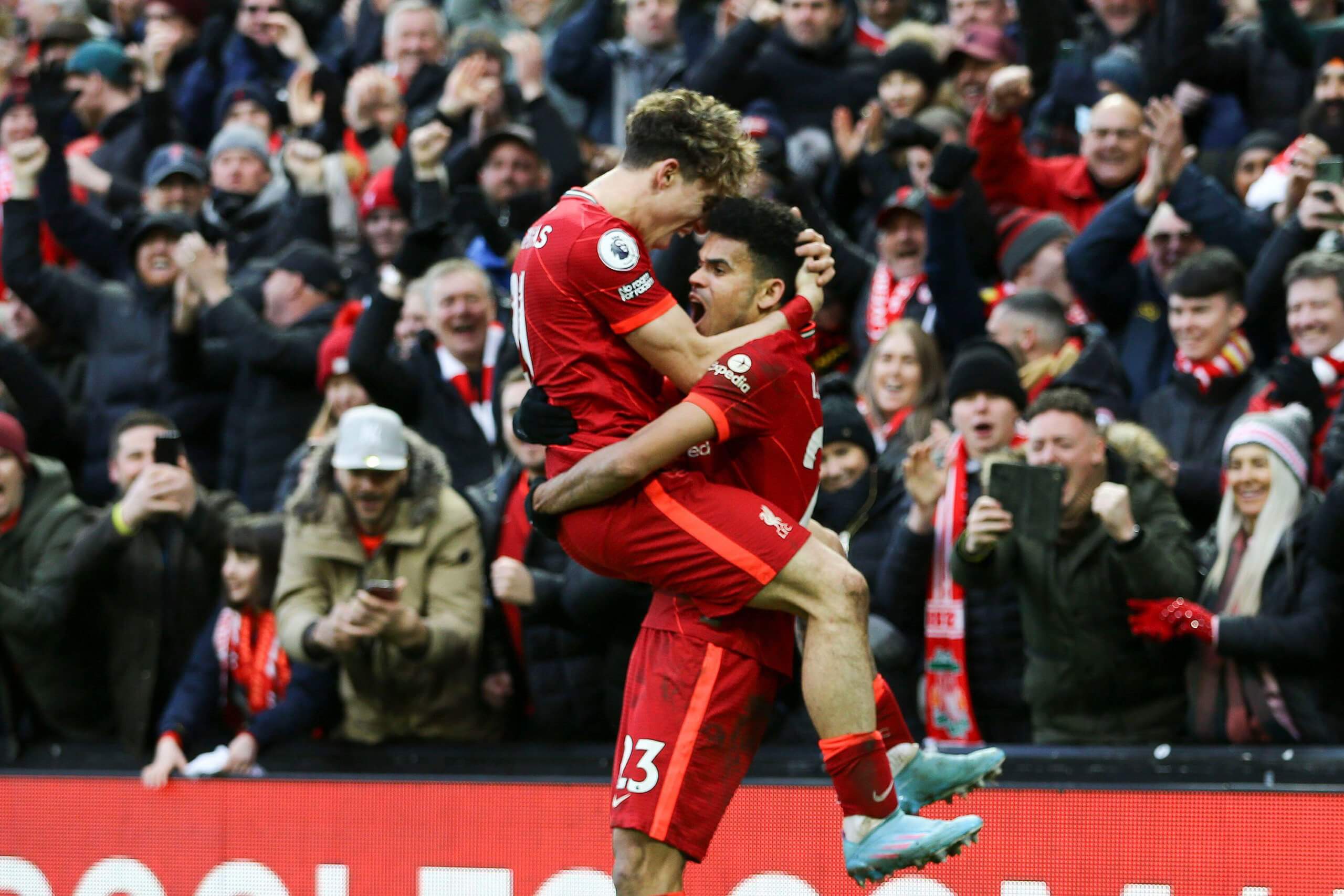 Callum, and many Liverpool fans, are already looking ahead to the potential title-deciding clash against Manchester City on 10 April.

This match has the potential to be a classic of the Premier League era with the two rivals arguably the best two teams in European football at this moment in time.

“That game, regardless of whether we’re above them or below them in the table, we have to win that,” said Callum, who notes the importance of equalling or bettering City’s results in the run-up to the meeting at the Etihad Stadium.

“That’s a must-win for Liverpool. I think we win that game and we’re going into the game level or close to them, I think we go on and we win the title.”

Not so long ago, this season’s title race looked like being another procession for Pep Guardiola and his Manchester City side. Now, though, the defending champions have a serious challenge on their hands.

Liverpool are on City’s tail and aren’t ready to let go. A dramatic and captivating finale could be on the cards. 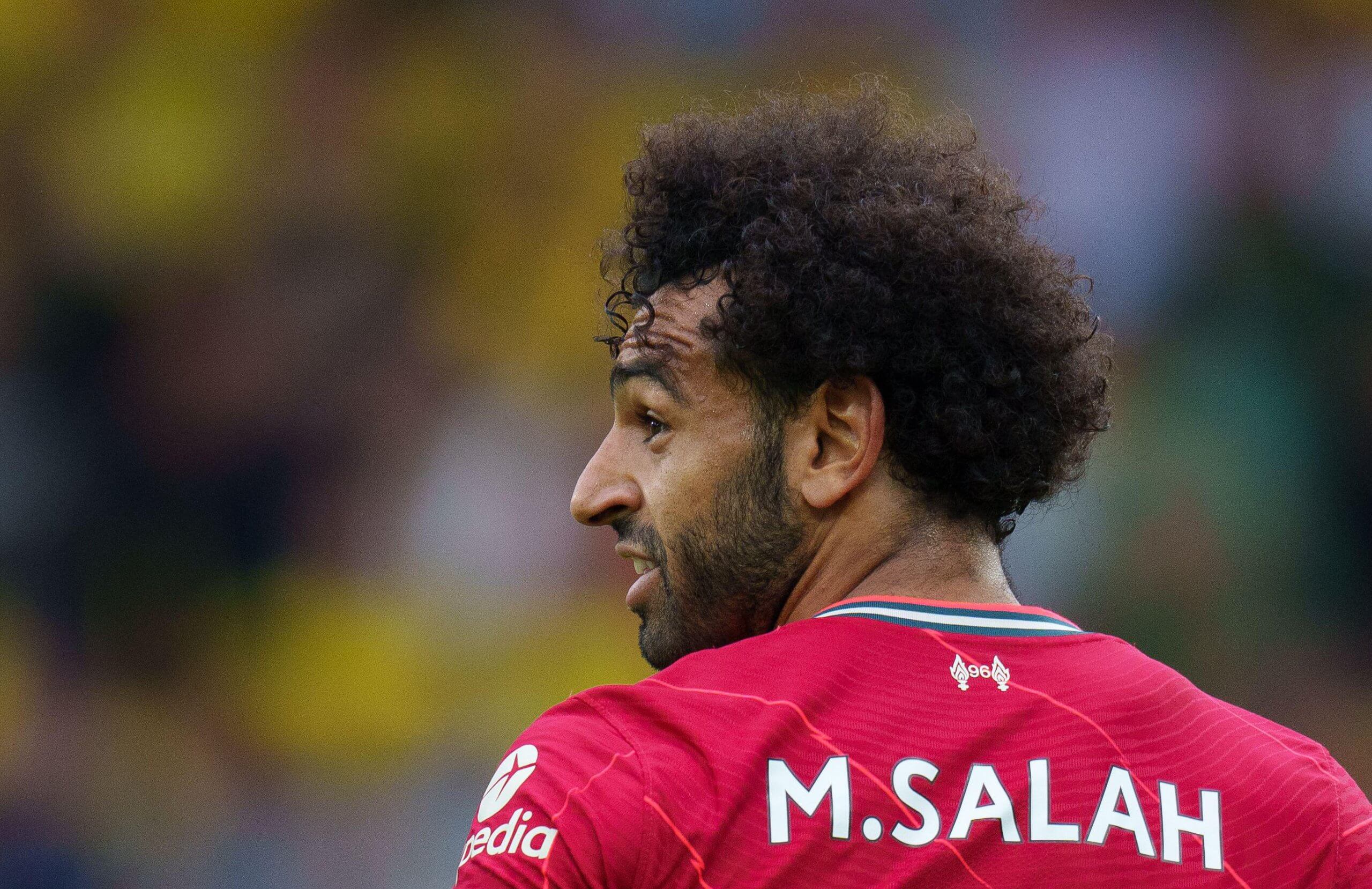 “Are we the in-form team? Absolutely,” said Callum.

“We are looking fantastic at the moment. We have blown teams away in the last couple of games. Luis Diaz’s addition to the frontline has given us an injection, Mohamed Salah is hungry after missing out on winning AFCON and Sadio Mane has been scoring goals in the number nine position.

“We should be getting a little thank you from some of the other Premier League teams, too. It wasn’t that long ago at the start of the season that Cristiano Ronaldo joined and we were told Manchester United were going to win the league.

“Romelu Lukaku joined Chelsea and were told they were going to challenge for the league, too.

“Without Liverpool over the last few years, Man City would have made this into a farmer’s league. So first and foremost, well done to Man City for being so consistent. But also, let’s give a bit of gratitude to Liverpool. I think they deserve it.”