Liverpool vs Genk: Defensive woes are Reds’ only real concern

Jurgen Klopp's side will be looking to make it three wins from four in the Champions League but a clean sheet looks far from a formality, explains Matthew Crist.

Liverpool left it late when coming from behind to secure a dramtic win at Aston Villa in the Premier League on Saturday though the Reds won’t be taking anything for granted as Belgian champions Genk come to Anfield on Tuesday night.

That dramatic win at Villa Park extended Liverpool’s long unbeaten run in the Premier league while keeping them six points clear of Manchester City in the table, but now they turn their attentions to a competition which they won in Madrid last May agianst Tottenham.

The Reds are just three points ahead of a dangerous looking Salzburg side, while Napoli lead the way and Liverpool know they can’t afford to drop any points when they host the bottom side in front of an expectant home crowd.

Liverpool ran out 4-1 winners in the reverse fixture in Belgium a fortnight ago and there’s no reason to expect anything other than another Reds win this time with their only real concern possibly being at the back. 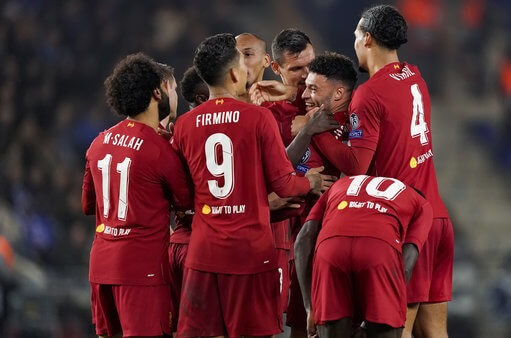 Meanwhile, Genk are rooted to the bottom of the table and looking very much like the whipping boys of Group E having followed-up a surrise 0-0 draw against Napoli, with heavy defeats in their next two fixtures.

The visitors head into this clash having lost 6-2 in their last away group game in Salzburg and now face the prospect of a trip to the European champions, with Liverpool looking to make it nine wins in 10 home Champions League matches.

But the Reds will be more than aware that they are yet to keep a clean sheet in this season’s competition, while none of their home games across all competitions this season have seen them achieve a shut-out – meaning they have conceded in all nine that have taken place at Anfield so far this season.

Joel Matip is still expected to be out for the home side with Dejan Lovren and Joe Gomez in contention to join Virgil Van Dijk at the heart of the defence while Fabhino is likely to return to midfield having sat-out the win over Aston Villa.

However,  what they lack at the back they certainly make-up for in attack and thier home games have been especially high-scoring this season as six of their nine fixtures at Anfield have featured four or more goals, including their 4-3 win over Red Bull Salzburg, plus an incredible 5-5 draw against Arsenal in the League Cup last week.

So with that in mind it might be worth taking into account that a Liverpool win with both teams to score is currently priced at 2.50* while over 4.5 goals in this game is also available at 2.50.*