“Klopp brings something different. There’s a harmony. There’s a family feeling. There’s just something so beautiful about it. It’s a feeling that can’t be described.” - Drifty from Kopish pays tribute to Jurgen Klopp after the German penned a new deal at Liverpool.

As if Liverpool’s Champions League semi-final first leg victory over Villarreal wasn’t enough to satisfy the Anfield club’s support, an impressive week was made even better on Thursday.

It was announced that Jurgen Klopp had signed a contract extension to keep him on Merseyside until 2026 and the German, who is already a Liverpool icon, now has four further years to deliver even more success.

“It was manifested by us fans who were thinking ‘what are we going to do if he goes in two years?’” says Drifty of Kop-ish, reacting to the news.

“He’s staying, he’s going to be at Liverpool until 2026 at the minimum – we’ll start manifesting again later.” 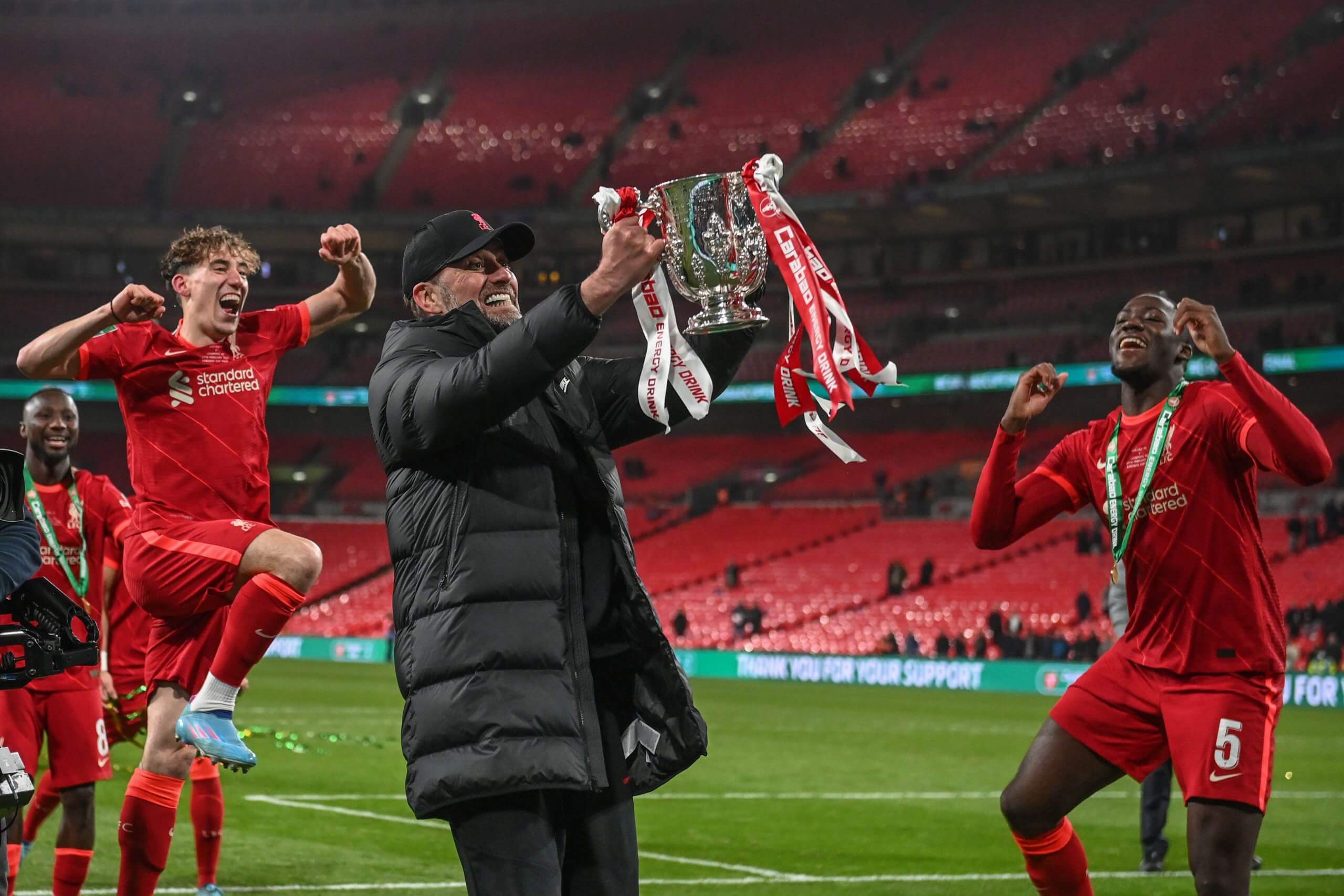 Klopp’s assistant managers Pep Lijnders and Peter Krawietz have also signed contract extensions to keep them at Liverpool for the foreseeable future with the German citing this as a key factor behind his own decision to extend.

“I want to give a massive shout out to his wife as well, she’s a part for why he stayed,” says Drifty.

“He said the wife said ‘let’s stay,’ so you’ve got to give the wife what she wanted. The family’s in on it. Big up to the Klopp family. You’re our family.”

This season could end with Liverpool winning all four major honours with the Reds just one point off the top of the Premier League table, in the final of the FA Cup and a second leg victory away from another appearance in the Champions League final.

On top of this, Liverpool have already won the Carabao Cup. A quadruple would be an historic achievement.

“It has never felt so good to be a Liverpool fan, even if you don’t even think about things we have won or things we could potentially win,” says Drifty.

“Klopp brings something different. There’s a harmony. There’s a family feeling. There’s a calmness. There’s just something so beautiful about it, and I know that’s going to make all the rivals froth at the mouth, but hate some more.

“It’s a feeling that can’t be described. It’s love. You can’t describe love. He loves us and we love him. It’s magical. This will be the best season we have ever seen in the history of Liverpool if we do the magic we can do and Klopp signs.

“And I’m hearing rumours that the assurances he’s got are that [Sadio] Mane and [Mohamed] Salah are going to [extend their contracts too]. Just keep the good news coming, Liverpool.” 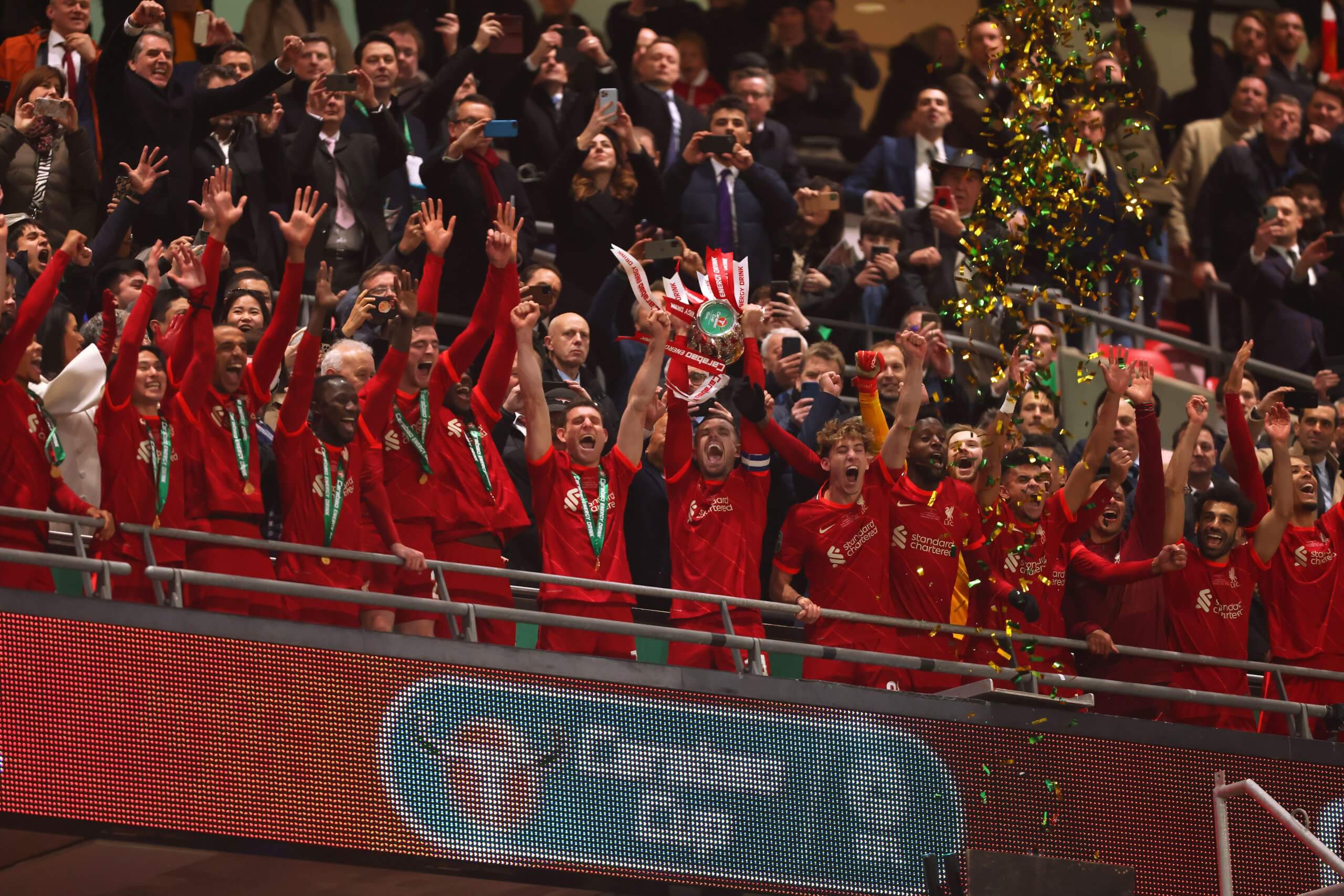 Indeed, the future of Sadio Mane and Mohamed Salah will now be the focus of much speculation with recent reporting claiming Liverpool are still some distance from reaching an agreement with the latter in particular.

Salah’s current contract will expire next year and has been linked with Barcelona, Paris Saint-Germain and Real Madrid.

Even if Salah were to leave Liverpool, though, Klopp’s team would be in a good position to absorb his loss. The January addition of Luis Diaz has given the Reds an extra dimension while Diogo Jota continues to be a reliable option in attack.

Under Klopp, Liverpool have arguably become the most complete team, and squad, in the Premier League.

The turnaround in Liverpool’s fortunes under Klopp over the last seven years has been remarkable. At the time of his appointment in 2015, the Anfield club was in disarray and hadn’t won a Premier League title for over two decades.

Now, they are challenging once again having ended their drought two seasons ago. Klopp has brought a new era of success to era and it will now stretch to 2026.