No side spent longer in the top four than Leicester City across the 2019/20 and 2020/21 seasons, but any hopes of finishing in the Champions League are now a distant memory. Our Fan Zone panel of Dee, Callum and Joe discuss Brendan Rodgers' future...

Pressure is continuing to build upon Brendan Rogers with Leicester City still to record a league win in 2022.

The Foxes have slumped to 13th in the Premier League and last registered a victory in the top flight in December – a run of five games without a win.

Injuries and poor summer recruitment have been identified as key contributors to City’s struggles this term, but that hasn’t prevented speculation about Rodgers’ future at the King Power Stadium mounting in recent weeks.

However, the panel on the latest episode of Fan Zone appear to be split on whether the Leicester board should stick or twist when it comes to the man who led the side to Wembley glory just nine months ago.

“If Leicester were to sack Brendan Rodgers now it’s reactionary and shows everything that’s wrong about modern football,” said Dee from Back of the Nest on this week’s Fan Zone, where he was joined by Callum from Kopish and Joe from Turf Cast. 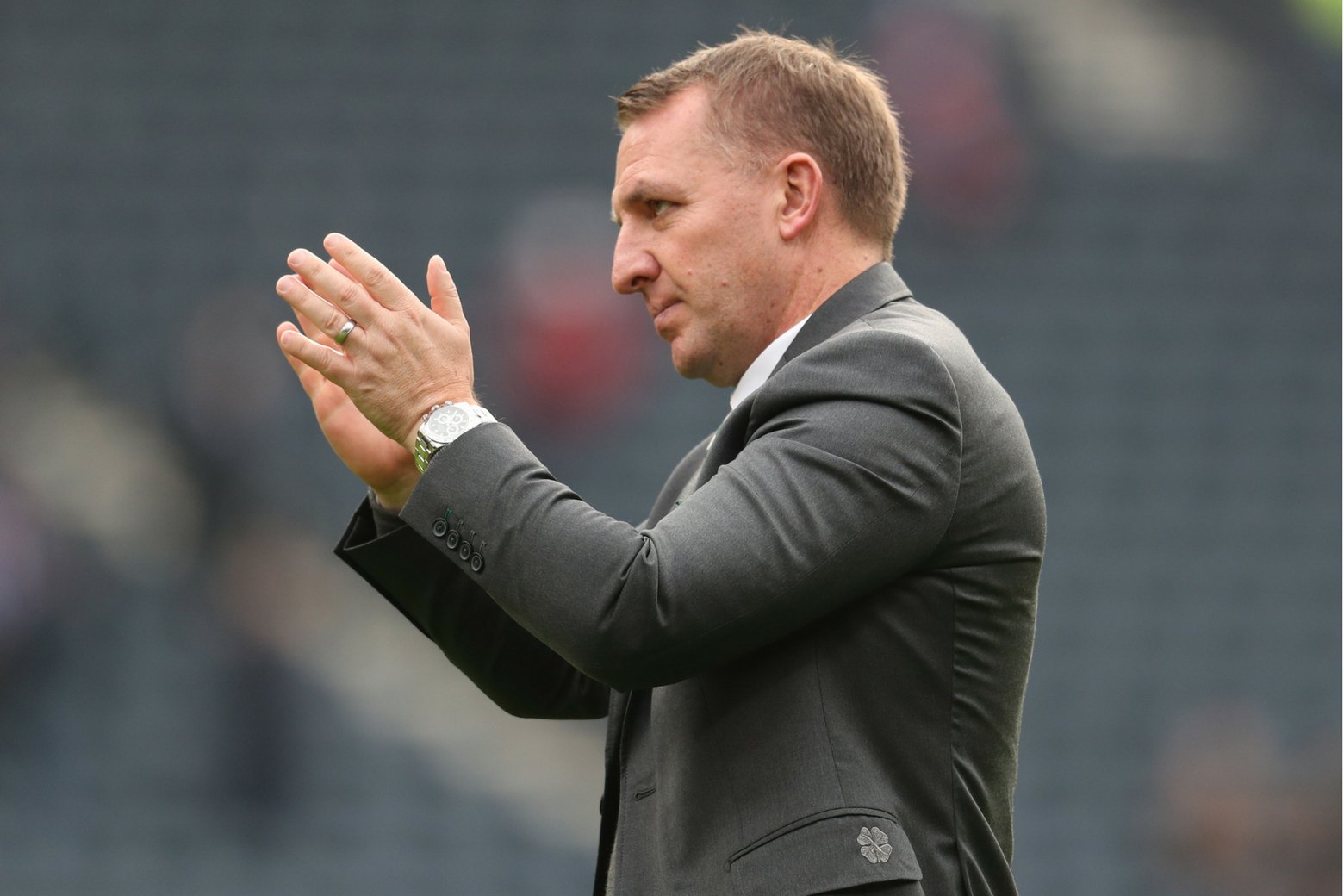 “We’re talking about a manager who has recently won the FA Cup for Leicester.

“Of course, they’re in the bottom half of the table and in recent seasons have just missed out on Champions League football, so have been aiming higher.

“But if you put everything into context, they’ve had some massive injuries this season; Jonny Evans has been out for a long time, Wesley Fofana and Jamie Vardy too.

“So they have had a reason for the bad form; if this happens next season then fair enough, but as for this season, it’s not that simple.

“You do have these periods where it’s not going well for you, so give Brendan Rodgers time as he’s proved he can do it at Leicester.”

Rodgers has guided Leicester to back-to-back fifth-place finishes in the Premier League and lifted the FA Cup in May after a 1-0 win against Chelsea.

But on top of being dumped out of the FA Cup fourth round via a 4-1 loss at Championship outfit Nottingham Forest, his side have won just one of their last seven league games.

The Foxes now travel to Turf Moor to face a rejuvenated and in-form Burnley side who have won two in their last three and have suffered only one loss in their last seven outings.

So, could a bad result in Lancashire mark the end of Rodgers’ three-year stint at the King Power?

“I think Leicester are caught between a rock and a hard place,” explains Liverpool fan Callum from Kopish, who witnessed the Northern Irishman’s football firsthand between 2012-15.

“Yes, they won the FA Cup, but at the same time look where they are in the table. Yes, they’ve had some injuries but Rodgers’ selections have been questionable.

“Because I’ve seen him up close, I’m starting to see some of the traits he showed at Liverpool and it’s a case of when do you bite the bullet?”

“I don’t think Leicester are in a position to give him another season if it carries on like this as they are a Europa League team and should be aiming for that – in theory, they should be in the Champions League (across the 2019/20 and 2020/21 seasons, no side spent longer in the top four).

“For me I’d give him another five games maximum because they’re not going to get relegated, but I don’t think they’ll get Europe either, so five more games and if it doesn’t go well you may have to pull the plug.” 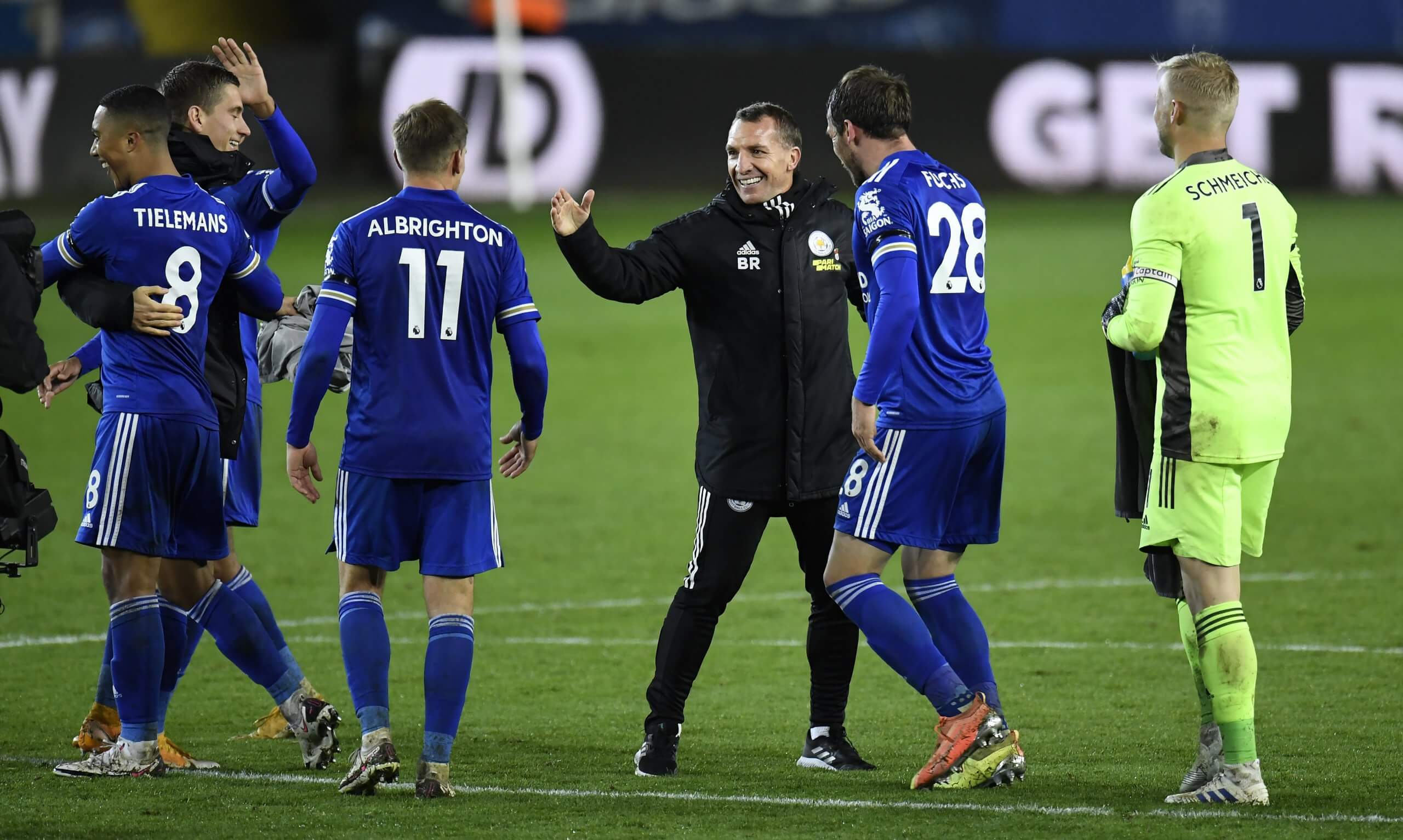 With the club currently sitting 11th in the league, questions are being pondered about Rodgers’ security as boss.

As the only Premier League side without an away clean sheet this season – conceding 23 goals in their 10 games on their travels – Leicester have been uncharacteristically fragile defensively and thus, even the stoutest of Foxes’ faithful are beginning to have their doubts.

But Joe from Turf Cast believes the Foxes must let the season play out before making a call on their under-fire boss.

“For me, they need to let it run its natural course,” he said on this week’s Fan Zone.

“Get to the end of the season and if they haven’t improved and they’ve just faded out, then get rid.”

During a lively debate, the trio discussed a range of subjects such as; whether the title race is back on, the biggest under-performers of the season so far, as well as the greatest Premier League striker of all time.