Leicester City: ‘We’re probably not quite ready for Champions League’

"Maybe another year or so in the Europa League would do us the world of good," says Jamie from Leicester Fan TV as the Foxes plan another assault on the Premier League top-four.

After two near misses, the aim for Leicester City has to be to break into the Champions League spots this season, even if the current top four are splashing the cash in an effort to make the positions their own.

Following four final defeats, the Foxes did make it fifth time lucky when they beat Chelsea to win the FA Cup at Wembley last May, but progression in the Premier League surely must be a priority for Brendan Rodgers’ men in 2022.

Leicester missed out on the Champions League for a second successive season after a 4-2 defeat to Tottenham on the final day saw them fall short following a poor run which saw them win just one of their last five league fixtures.

It was a bitter blow for City having spent much of the season in the top four places only to qualify for the Europa League once again, finishing just a point behind Chelsea in fourth.

But a number of fresh faces arriving in the summer, not to mention Harvey Barnes returning to the side once more after a three-month absence, will surely encourage Leicester fans who are still buzzing from the club’s first trophy since lifting the Premier League in 2015.

“Finishing fifth the last two seasons and getting our first FA Cup win ever after five attempts was great,” Jamie from Leicester Fan TV tells FansBet.

“Top four would have been nice but we dropped too many points at home for my liking.

“We seemed to falter the last four or five games and maybe it’s down to a bit of pressure because we’ve got a pretty young team.

“We’re probably not quite ready for Champions League football yet so maybe another year or so in the Europa League would do us the world of good.”

So far it’s been a pretty successful window for Leicester, with four new players joining the club.

Striker Patson Daka, midfielder Boubakary Soumare and defenders Ryan Bertrand and Jannik Vestergaard have all arrived at the King Power Stadium over the summer.

💬 “Another top 5 finish and another trophy for the cabinet would be classed as a really good season.”

But Brendan Rodgers has hinted that there could yet be more business done in the remaining days of the summer window with dynamic defender Wesley Fofana out until 2022 and concerns around Jonny Evans’ foot problem leaving Leicester short at the back.

“In the summer we signed Daka, Soumare, Bertrand and Vestergaard,” explains Jamie.

“Vestergaard and Bertrand bring plenty of experience, which is exactly what we needed at the back.

“I think Daka is going to be another Jamie Vardy, he’s got pace and power and knows exactly where the net is, we’ll probably see the best of him later in the year when he’s settled in.

“Vardy’s probably only got a couple more years left in him so he could be the ideal replacement.

“Soumare is a box-to-box midfielder who can win the ball, tackle, beat men and is an all-round quality player. Not a very high ratio of goals but that’s not what he’s in the team for.

“We’ve spent £60 million already but perhaps need another right-winger or centre-back as cover, but I feel the squad is much stronger than last year.” 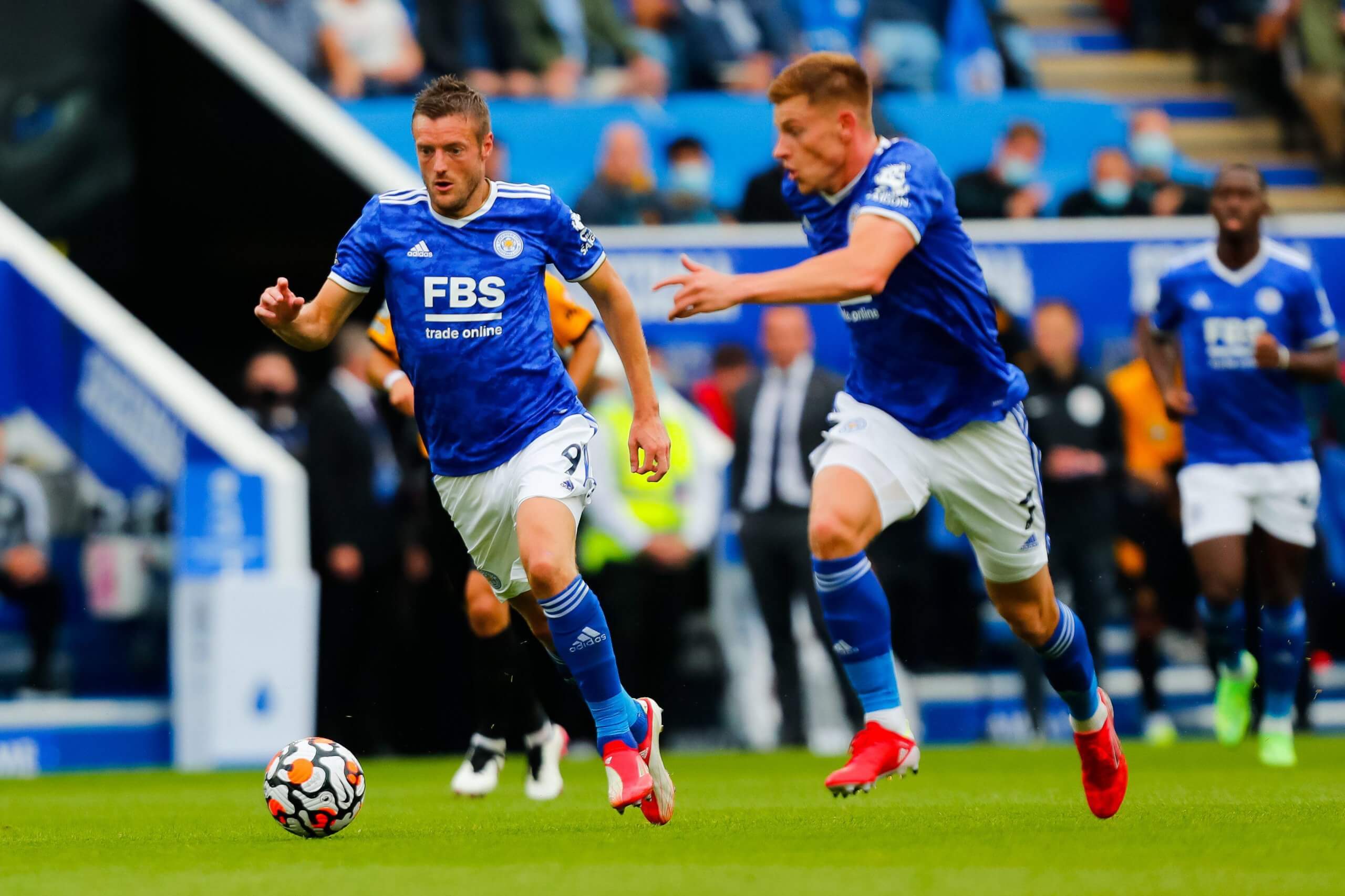 Leicester will hope the return of supporters will change their home fortunes this season and will help return the King Power Stadium to the fortress it once was.

Last season, without crowds, the Foxes lost nine home matches, while were only defeated three times on the road.

But a 1-0 victory on the opening day of this campaign will go some way to restoring confidence as Leicester look to mount another top-four challenge.

“We started the season with a 1-0 win against Wolves,” says Jamie.

“It’s absolutely great to get your first three points of the season and first clean sheet. It was a brilliant performance, Vardy looked like he’s back to his best, he was on fire and took his goal really well after some great trickery on the wing from Ricardo Pereira.

“It was backs to the wall in the second half as Wolves changed their tactics but we managed to hold on for the win.” 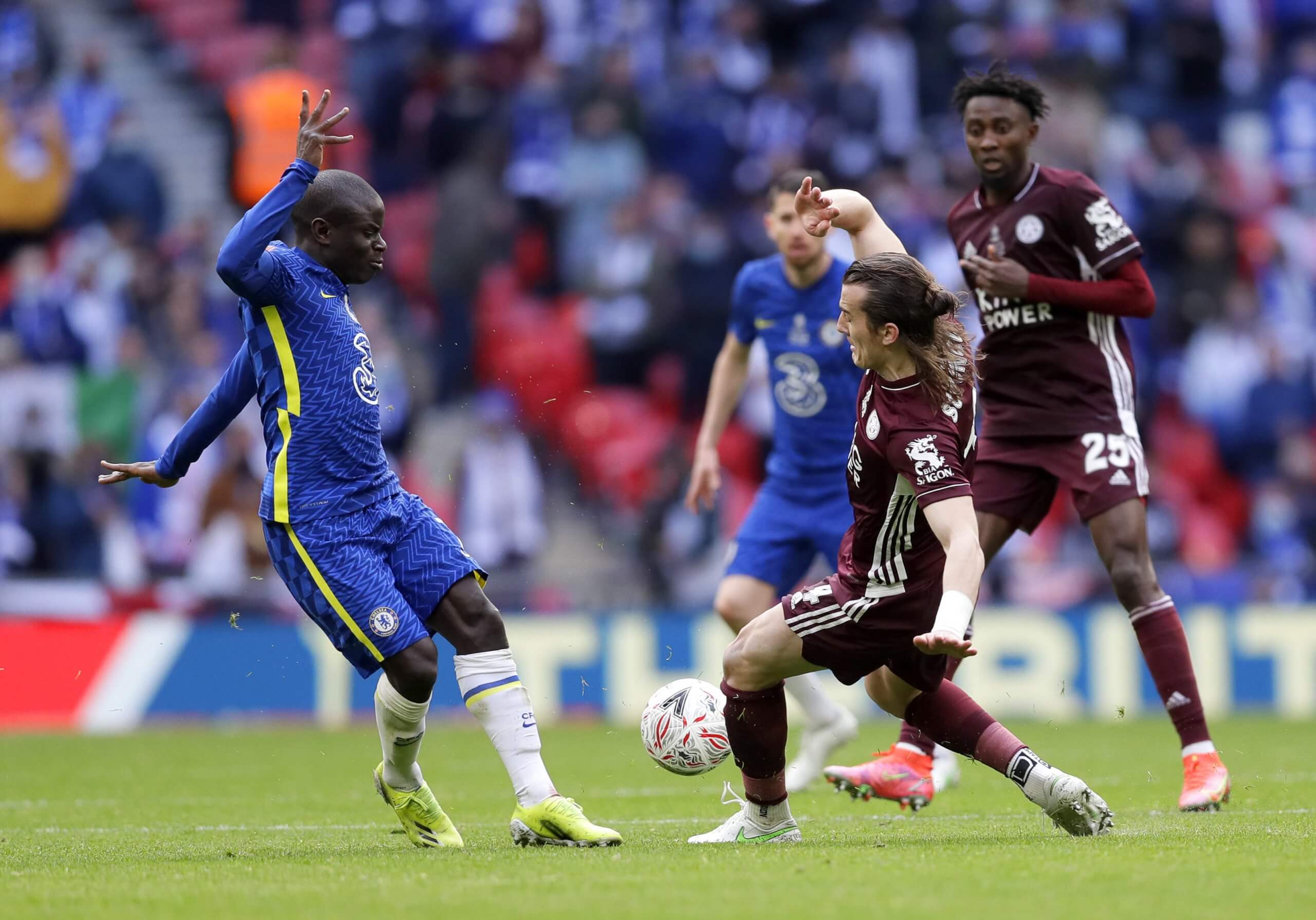 Leicester will again look to push for a top-four spot and put the big boys under pressure, though the summer spending by those clubs means it’s an almighty task to usurp them.

But winning the Europa League provides another route into the continent’s top competition, and Leicester look to have the talent to go all the way in that competition if their key players remain fit.

“I’m not sure we can compete with the so-called big boys in the league, but it’s definitely doable in the cups this year,” explains Jay.

“I think the fans would agree with me on this; if we got another top-five finish and another trophy for the cabinet, it would be classed as a really good season.

“That would give Brandan Rodgers something to build on for the next couple of seasons.”