"He will be remembered as a man with great integrity, loyalty and passion," Ross from Sky Blues Extra explains just what the legendary manager means to Coventry City fans.

John Sillett didn’t only take Coventry City to their first major trophy by winning the FA Cup in 1987, he also ensured himself legendary status among Sky Blues fans, who still regard him as one of the greatest managers the club has ever had.

Sillett managed Coventry between 1986 and 1990 and led the Sky Blues to their first-ever cup final victory as his team overcame Spurs 3-2 in one of the most memorable finals ever at Wembley.

Born in Southampton on 20 July 1936, he was a tough-tackling full-back who represented the club more than 100 times as a player – winning the Third Division title with City in 1963/64.

But he began his career with Chelsea where he won the First Division title in 1954/55 before joining the Sky Blues in June 1962 under the management of Jimmy Hill.

After finishing his playing career at Plymouth Argyle, Sillett took up his first managerial role at Hereford United and won the Third Division title in 1975/76 during his four years in charge of the club.

He returned to the Sky Blues in 1986 when Don Mackay departed with just three games of the season remaining and helped the club avoid relegation on the final day of the season alongside joint boss George Curtis. 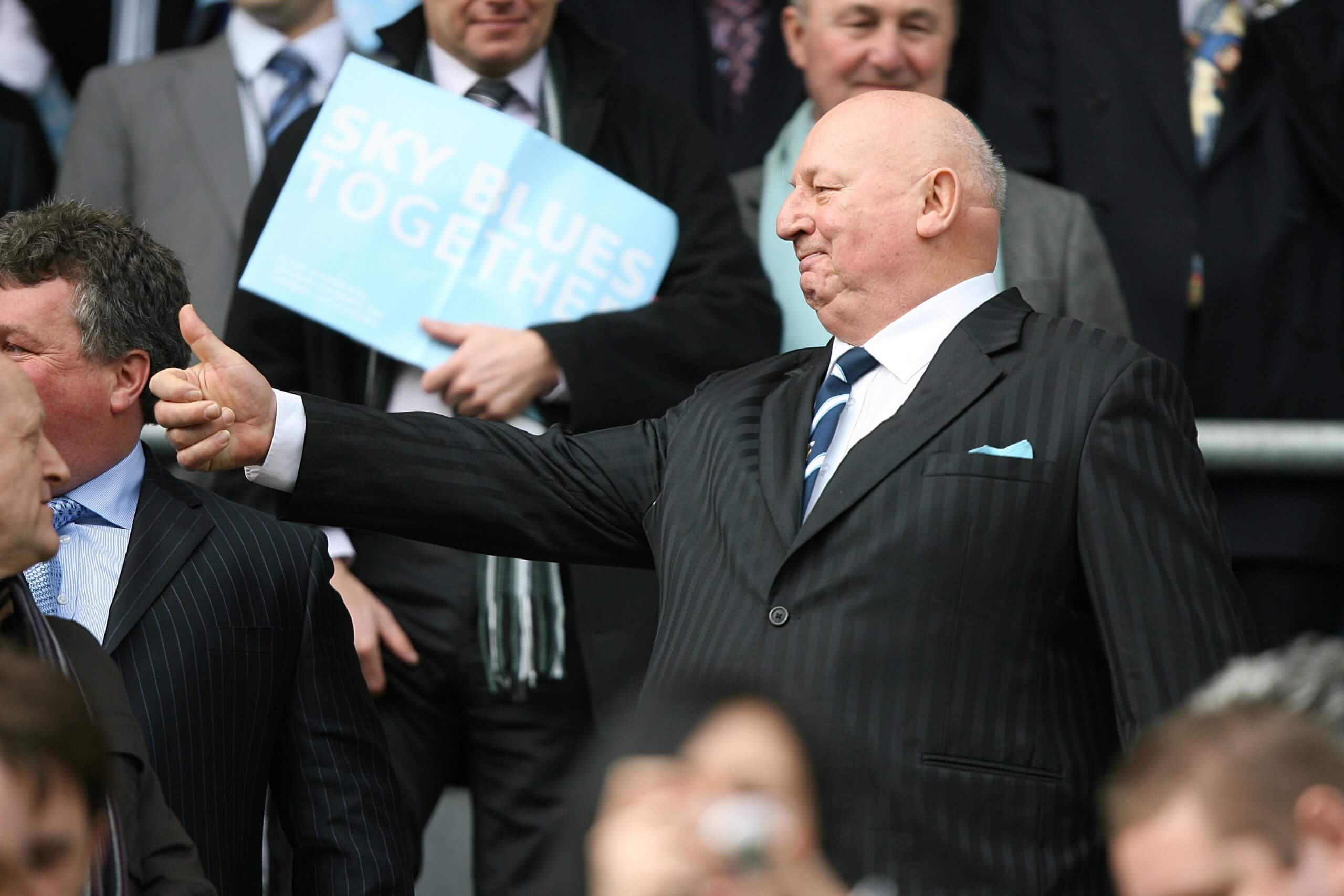 In his first full season in charge, City ended the campaign 10th in the old Division One table while in his four full seasons in charge, Coventry’s league placings were tenth, tenth, seventh and twelfth.

“John Sillett is synonymous with Coventry City, a hero of not just the football club, but the City as a whole,” Ross from Sky Blues Extra tells FansBet.

“You only have to see the responses of former players, teammates, clubs and supporters to realise how well thought of he was.

“As a younger supporter, every single time I saw a video or picture of John Sillett I couldn’t help but smile.”

But it will be the club’s FA Cup final win of 1987 that Sillett will be best remembered, a game which legendary commentator John Motson described as, ‘the most entertaining final he had witnessed.’

Tottenham twice took the lead, including a Clive Allen goal after just two minutes, only for City to haul themselves back into contention before a Gary Mabbutt own-goal handed Coventry the lead just minutes into the extra-time period and give the Sky Blues their first and only major trophy to date.

It was a triumph built on the unique bond that Sillett and George Curtis had as former City team-mates, and they gelled magnificently to mastermind the club’s greatest day. 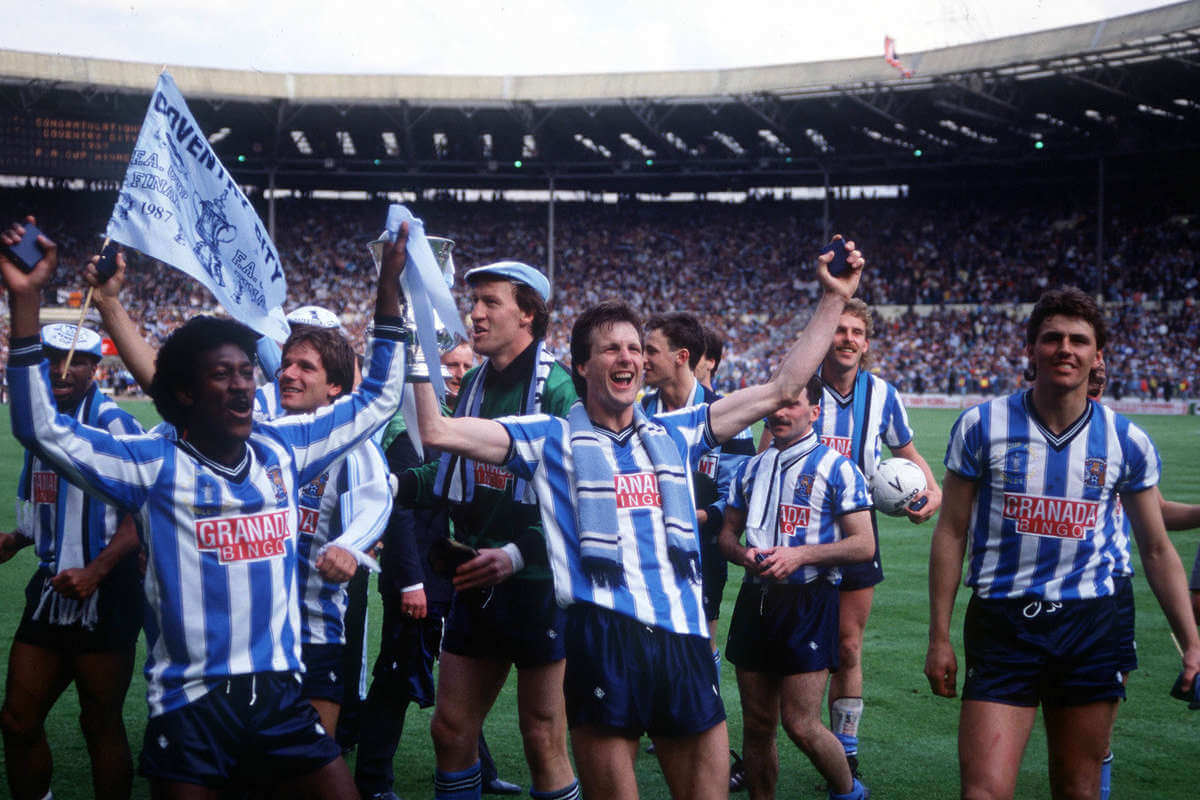 They were the guiding lights for a team that had gone from just avoiding the ignominy of relegation, to winning the domestic game’s most historic trophy in the space of a year.

“It brought the fans and the people of Coventry together on a magical journey that finished with Sillett and Curtis parading the FA Cup trophy around the Wembley pitch and then duly back in the City itself on an open-top bus parade.

“That achievement is, quite rightly, in the history books and will be forever and John Sillett was a huge, huge part of that.

“To beat a strong Spurs side, in not any old cup final, but one of the most memorable FA Cup finals in history, with an iconic diving header from Keith Houchen, is all part of the make-up of this iconic moment which John Sillett made possible.”

Three years on and City were eyeing more silverware, this time in the League Cup, reaching the semi-finals in 1990 before losing to Nottingham Forest in the last four with Sillett eventually leaving the club later that season.

Under Sillett, Coventry played attractive football and kept clear of the relegation battles that would undoubtedly plague a club of its size today, but that wasn’t enough to keep him in a job. 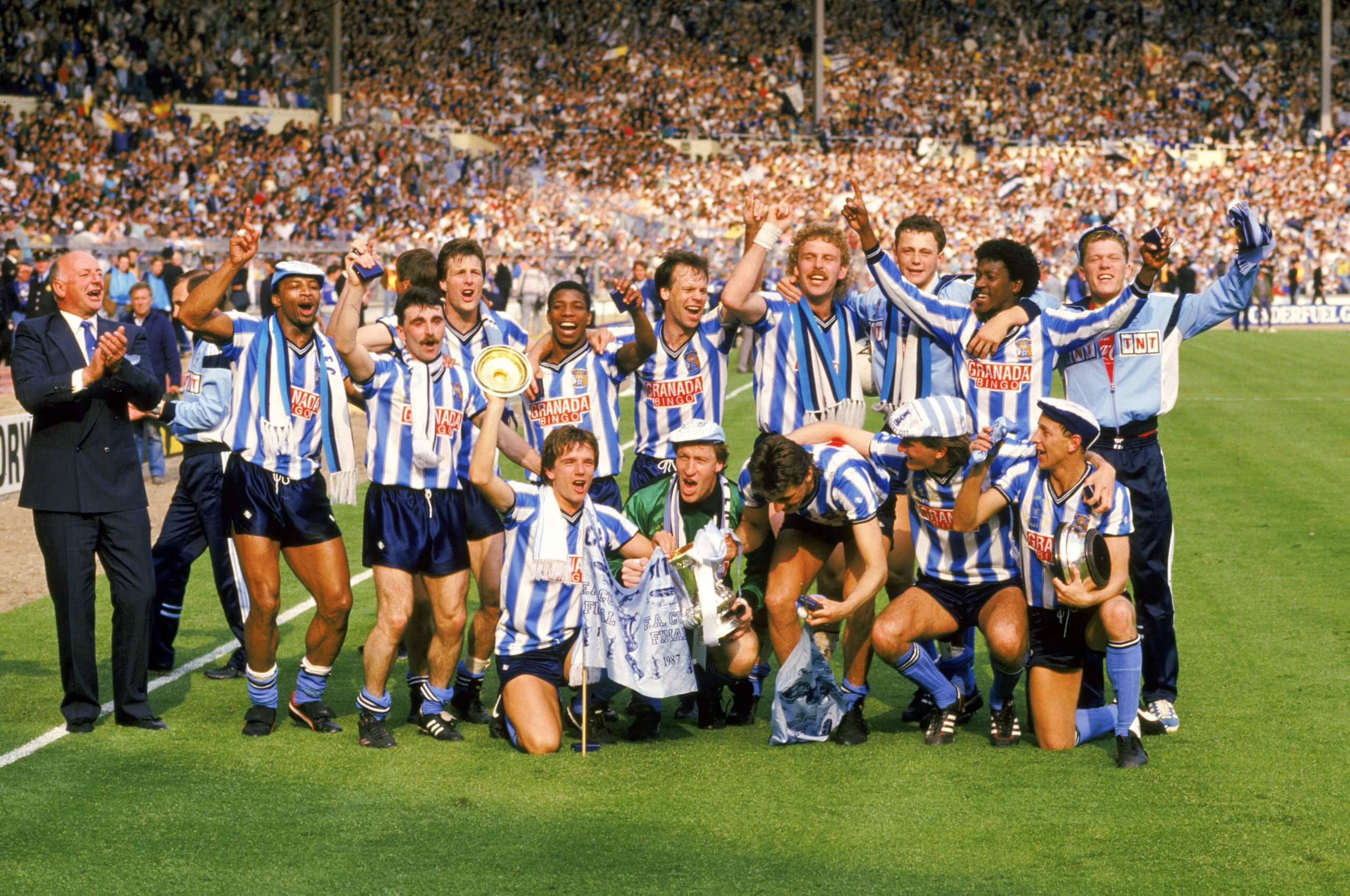 In November 1990, Sillett was sacked as Coventry manager, receiving the news via a phone call from chairman John Poynton whilst in bed at home feeling unwell.

But he would return to the club two decades later having been made a Life President of Coventry City in 2011 and attended his final Sky Blues game in August of 2021 as City beat Forest 2-1 on the opening day of the season.

His passion for the club never left him in later life either with Sillett reduced to tears in sheer frustration during an interview with local radio when the club left the city that bears its name to play in exile at Northampton.

“John will always be remembered, quite rightly as the manager who, along with George Curtis, gave many Coventry fans their best moment supporting their club,” says Ross.

“But he will also be remembered as a Coventry man – a man with great integrity, loyalty and passion. 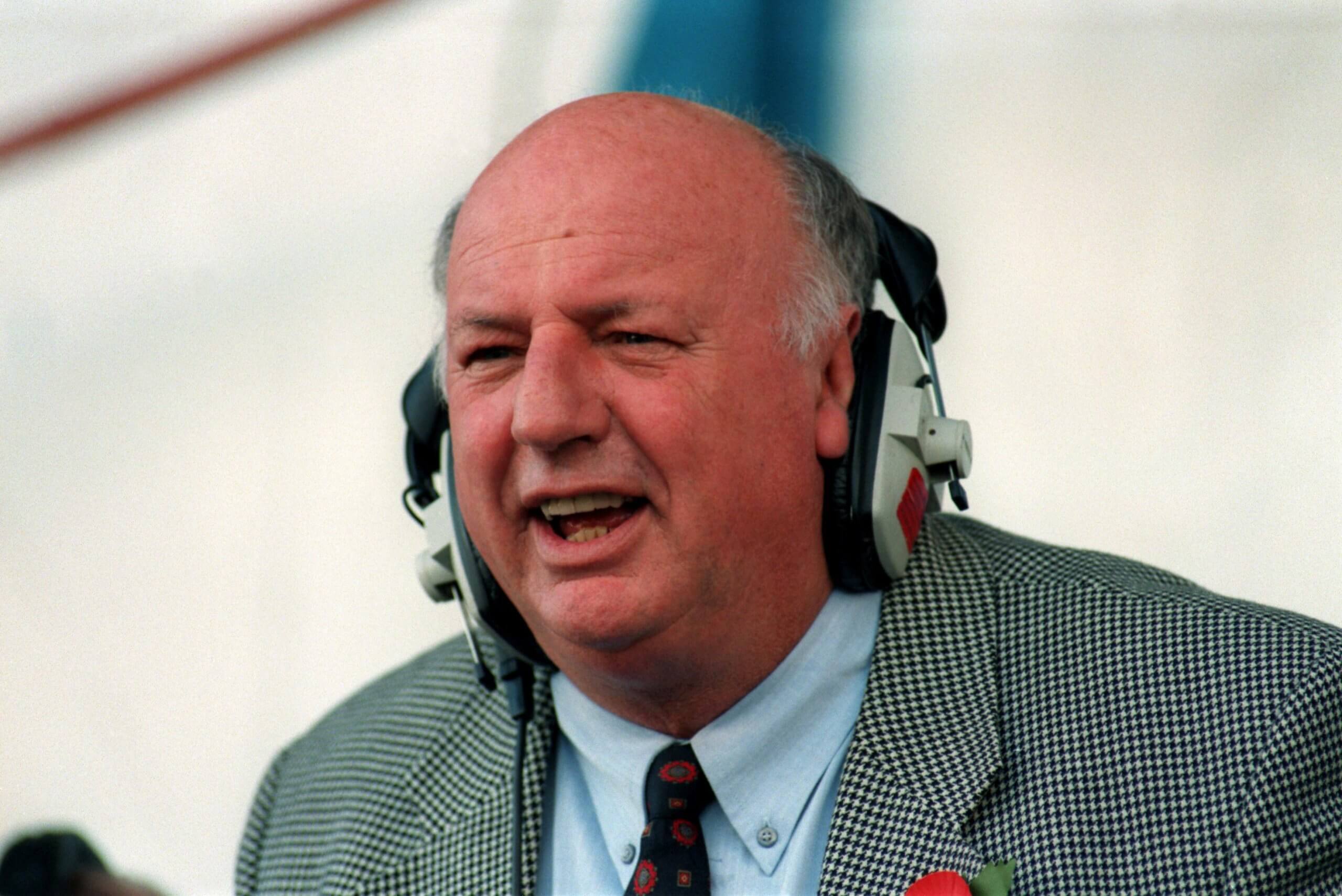 “He was beating the drum at events and meetings for the Club and Wasps to get round the table and strike a deal for the club to return to the City.

“He was in the crowd at Wembley and when his image appeared on the screen that gained one of the biggest roars of the day.

“He was a man who backed, and admired the work of our current manager, Mark Robins, and he was a man who was in charge of our greatest success who was a fan.

“Sky Blue through and through and had seen the team rising back up the leagues creating more memories along the way with hopefully more to come in his honour.

“That is the same for all Coventry City supporters old and young. He was someone who you couldn’t be prouder of, someone that we were very lucky to have, and he will be deeply missed by all Sky Blues.” 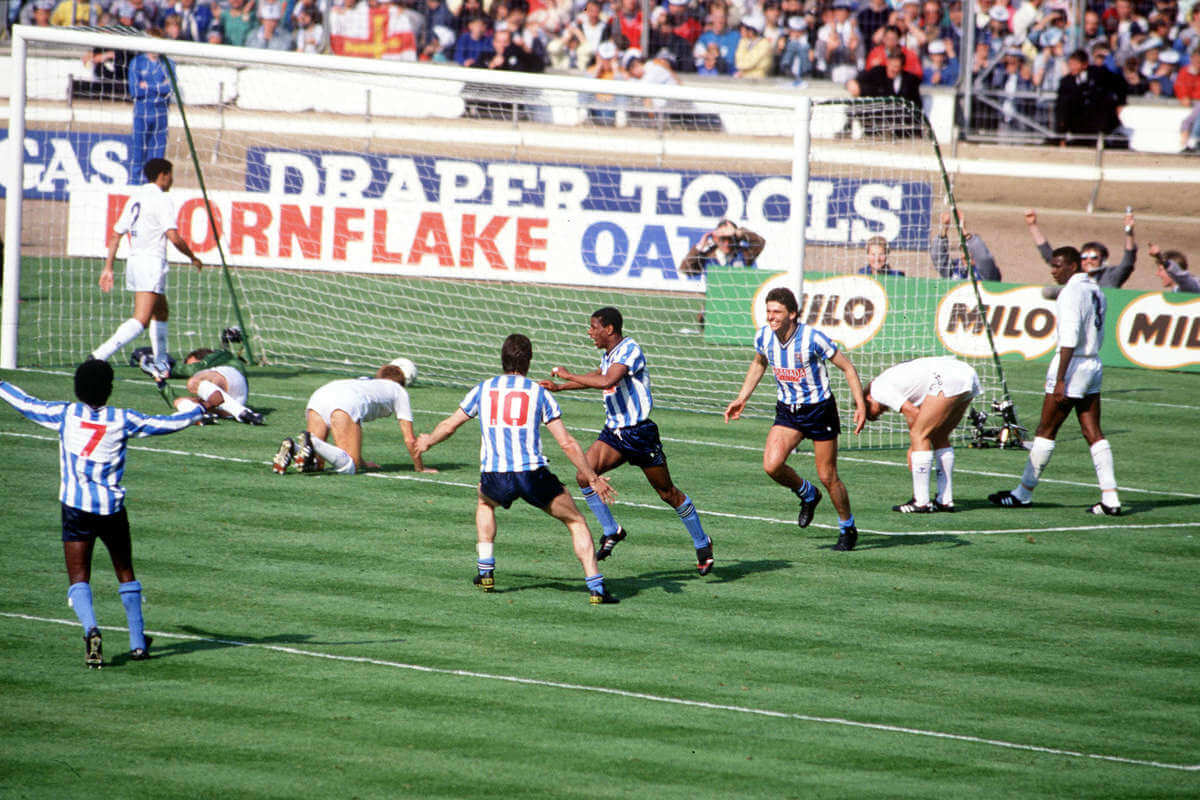 Looking back at one of the most dramatic Wembley finals ever as the Sky Blues enjoy their day in the sun.