Even the special ones need a little help from time-to-time so Matthew Crist looks at some of the greatest right-hand men in the history of English football who have often been more than willing to shun the limelight and remain firmly in the shadow of their employer.

Some of the most successful football dynasties in football have been built on the strong relationship between a manager and their trusted right-hand-man.

And it’s not just in sport that the chosen ones need the support of a loyal number-two, as former Prime Minister Margaret Thatcher perfectly summed-up when she said of her able deputy Willie Whitelaw: “Every prime minister needs a Willie.”

So what makes a good assistant manager?

Not harbouring a desire to be number one is a good place to start and usually the combination works best with complementary, rather than identical, temperaments.

But it appears there is no exact science when it comes to the ideal second-in-command, so rather than study the methodology, let’s just take a look at some of the greatest double acts the game has seen. 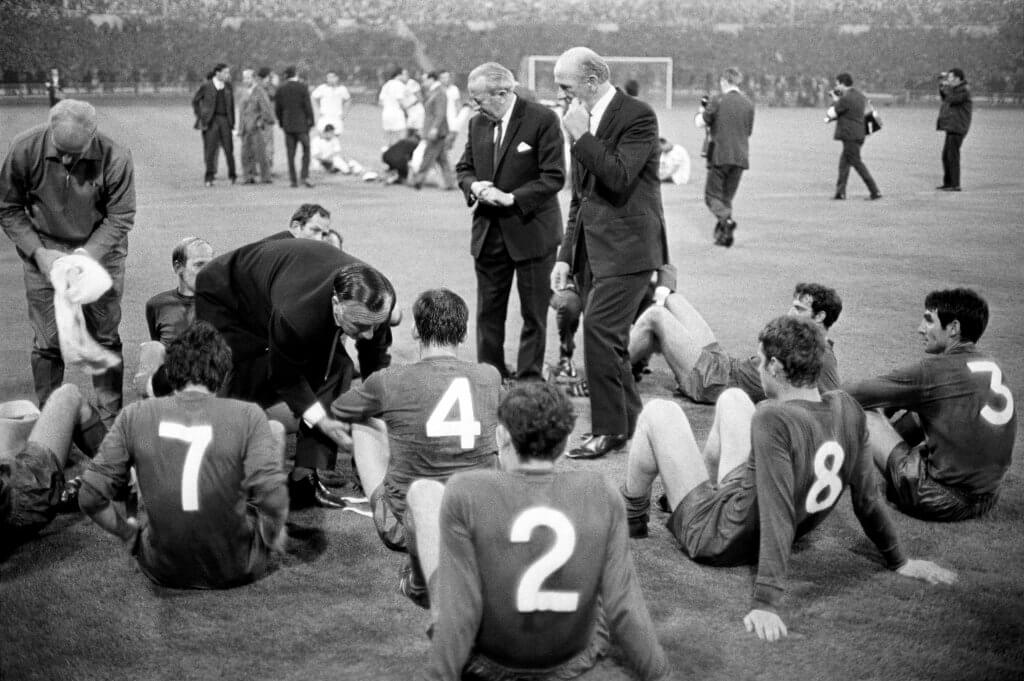 Manchester United’s exciting bunch of youngsters that dominated the footballing landscape in the mid-1950s are still referred to as the ‘Busby Babes,’ but much of their success can be credited to Matt Busby’s loyal number-two Jimmy Murphy.

Murphy was Chief Coach at Old Trafford under Matt Busby from 1946 until 1955 before becoming Assistant Manager after Manchester United won their third FA Youth Cup in a row. He also oversaw the rebuilding of a side all but obliterated when their plane crashed returning from a European Cup tie in Belgrade in 1958 which left Busby fighting for his life in a Munich hospital.

During his time as Busby’s right-hand man, United won five First Division titles, two FA Cups and six FA Youth Cups but probably the most poignant success was winning the European Cup at Wembley in 1968, just 10 years after the crash that claimed the lives of 23 people including eight players. 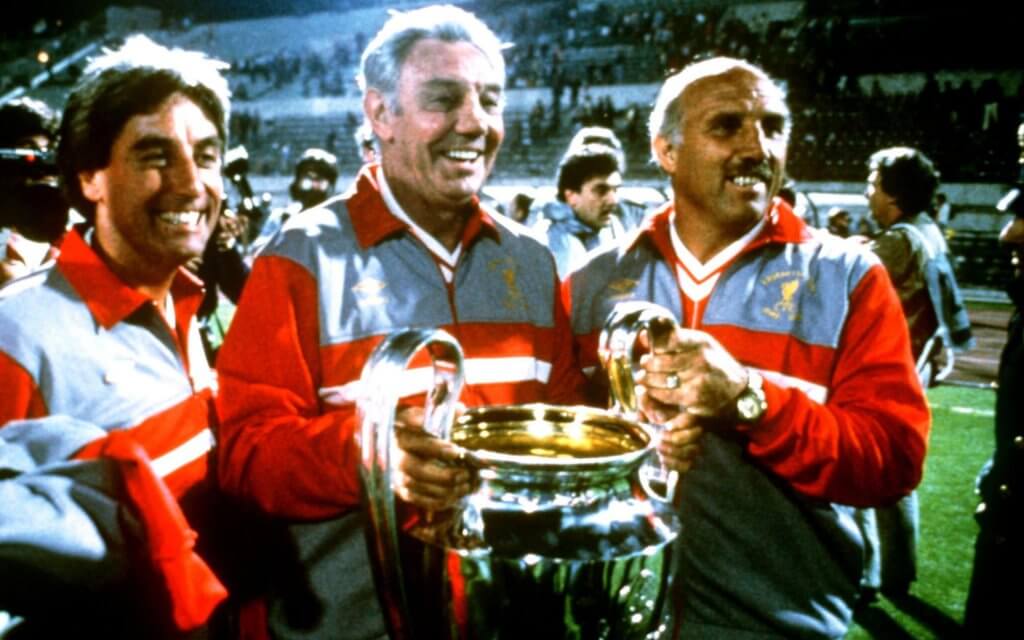 The Anfield boot room acted as a conveyor belt of high-achieving assistant managers who eventually went on to claim the top job with varying degrees of accomplishment, though one was happy to stay firmly in the shadows; filling every role imaginable at Liverpool from player, to physio, to coach and trainer, through to manager and even kit man.

Ronnie Moran worked under nine managers at the club in one capacity or another in his near half-century of dedicated service to Liverpool, most notably Bill Shankly’s number-two Bob Paisley, who went on to win six league titles and three FA Cups during his time in charge which brought an astonishing total of 13 major trophies in just nine years.

As well as Paisley, Moran worked under Bill Shankly, Joe Fagan, Kenny Dalglish, Graeme Souness, Roy Evans and on two occasions Moran found himself in the top-job, most notably when Kenny Dalglish resigned suddenly in 1991, but it was as an assistant that he was most effective and was a pivotal character during a period of astonishing success that Liverpool enjoyed in the 1970s and ’80s. 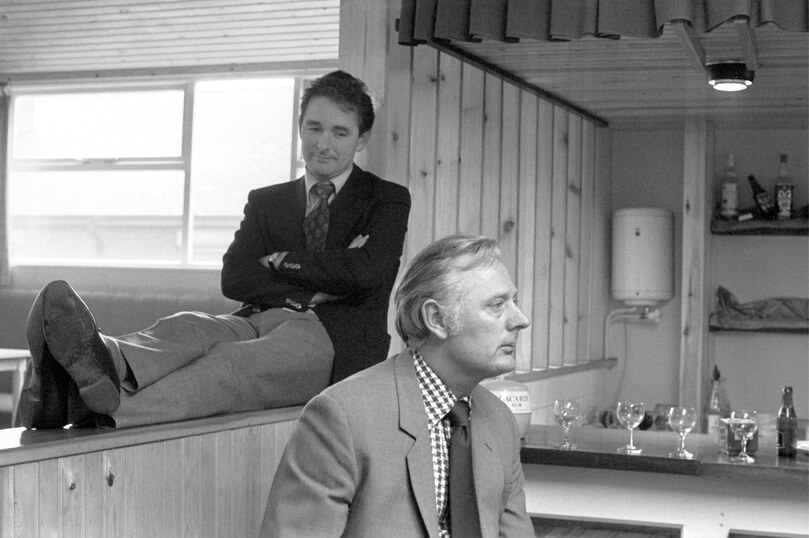 Having met in the summer of 1955 during a trial match for Middlesbrough Brian Clough and Peter Taylor would go on to become one of the most formidable duos in the history of football as they transformed the fortunes of both Derby County and Nottingham Forest.

The pair took Derby County from the depths of the Second Division to champions of England in just three years and then repeated the trick again with Nottingham Forest where they led a side from the second-tier of English football to twice champions of Europe in four seasons.

Taylor’s strength was spotting a player and knowing their role in the side and was credited for signings such as McFarland, Todd, Davies, Burns, Gemmill, Robertson and such was his calming influence on his more volatile boss that many believe that, had he joined Clough at Leeds United in 1974, it’s unlikely he would have been sacked after 44 days at Leeds. 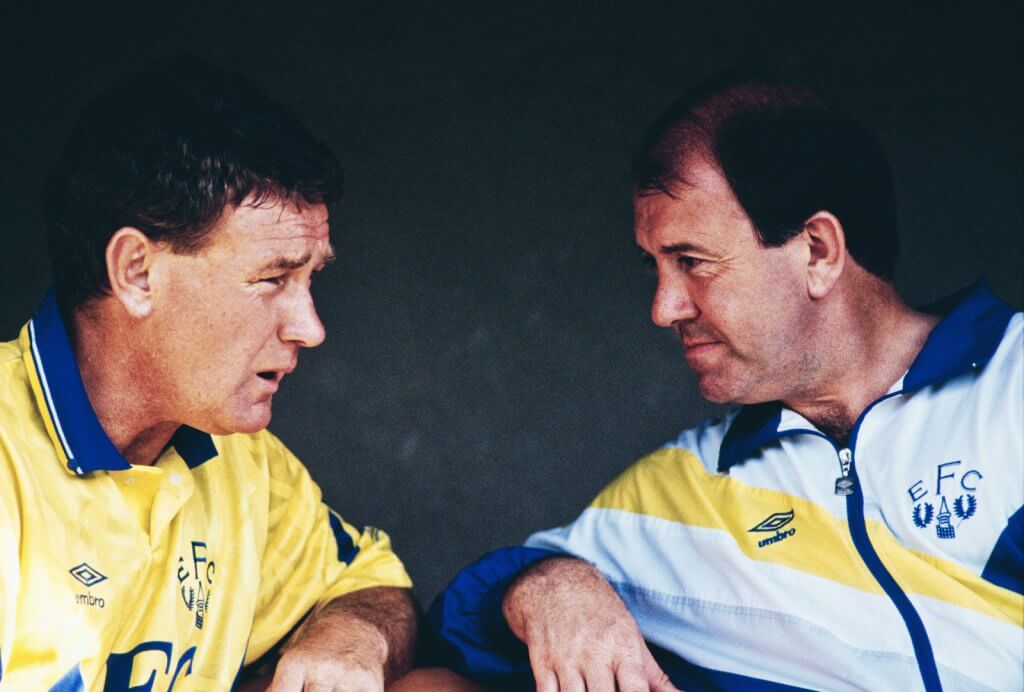 A hero as a player among Blues fans and part of the famous ‘Holy Trinity’ along with Alan Ball and Howard Kendall, Colin Harvey once again joined forces with his former team-mate to oversee one of the greatest periods in Everton’s history in the mid-1980s.

Harvey was appointed as Kendall’s assistant when he returned as manager in 1983 and was number two during a four-year spell which saw the Toffees claim two league titles, the FA Cup and the European Cup Winner’s Cup thanks to a side which was generally regarded as one of the best that Everton has ever produced.

When Kendall left for Bilbao in 1987, Harvey was given the top job, a move which he never truly appeared comfortable in, and despite taking Everton to a Charity Shield win and an FA Cup final in 1989, Harvey will be better remembered for his work as loyal assistant to Kendall as the duo brought the good times back to Goodison Park. 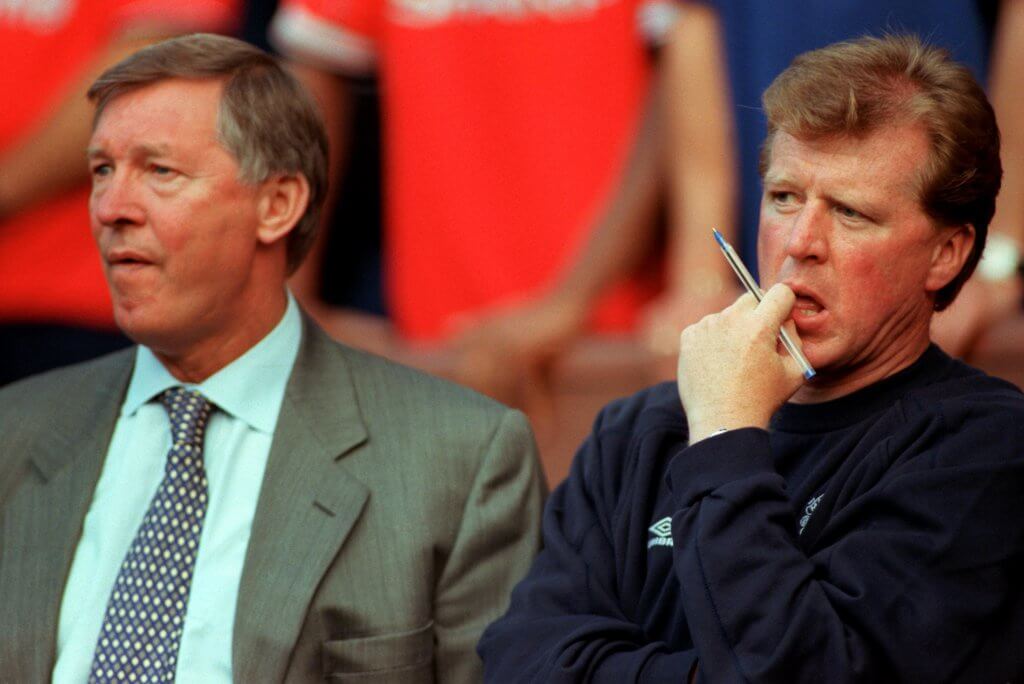 Now remembered more for his failings with England than pretty much anything else, Steve McLaren remains the only assistant manager in the history of English football to win the League, FA Cup and European treble and for that achievement deserves to be mentioned among the greatest number-twos in the game.

McLaren spent nearly four years as a coach at Derby, becoming Jim Smith’s assistant manager as the Rams were promoted to the Premier League in 1995/96 before succeeding Brian Kidd as assistant manager to Alex Ferguson at Manchester United and his rapport with the players shone through as United managed a hat-trick of domestic championships.

A pretty successful stint at Middlesbrough was followed by a dismal spell with England before stints in Holland and Germany and managerial roles at Nottingham Forest, Derby County and QPR – though McLaren never enjoyed the heights as top dog that he did as an able deputy. 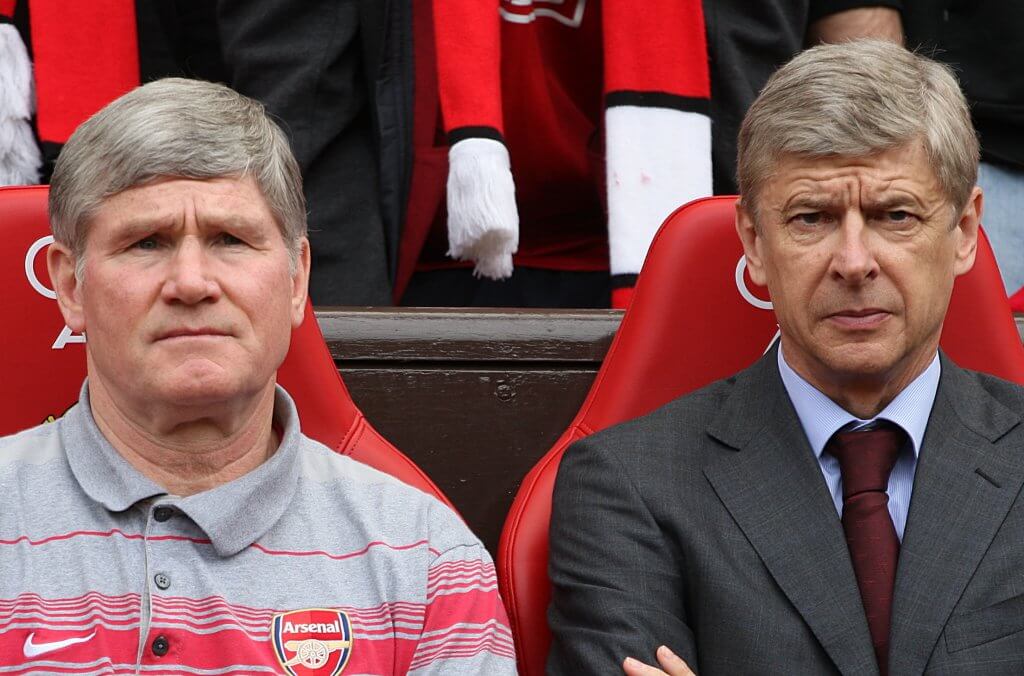 Working alongside Arsene Wenger, Pat Rice helped guide the club he played for to one of the most successful periods in their history as they won three Premier League titles and four FA Cups; becoming one-half of one of the finest double-acts in the Premier League era.

The Northern Irishman joined the club as a youth-team player in 1964 before turning professional two years later and went on to make more than 500 appearances for the Gunners, captaining the side to FA Cup victory in 1979, and it was his in-depth knowledge of Arsenal which led Wenger to employ his services when he arrived in London back in 1996.

Never one for the limelight, Rice enjoyed a brief spell as caretaker manager before Wenger’s appointment but excelled as an assistant to a man who is credited for revolutionising English football with his progressive approach to player fitness, training and diet with the Frenchman saying of his trusted general when he retired in 2012: “It is important when you come from abroad to have an assistant who knows the culture of the club and the culture of the country.”