“The squad lacked cohesion at the start of this season and it still remains that way.” - Alan from The United Journal reflects on how Manchester United can move forward from a dismal season.

Fifth in the table. Off-field disharmony. Dressing room drama. Squabbles over captaincy. Mysterious injuries. An interim boss. An early FA Cup exit to Middlesbrough. And now a spineless derby-day defeat to add to the list.

Kevin de Bruyne and Riyad Mahrez both scored twice in Sunday’s 4-1 drubbing at the Etihad, as United’s neighbours compounded what has been an already bitterly disappointing season for the red half of the city.

Pep Guardiola’s side’s strolled to back to a six-point lead at the top of the Premier League, but the nature of the victory highlighted some major shortcomings and failings at United – who are now a whopping 22 points behind their rivals.

They were outclassed, only forcing Ederson into one save, mustering 0.00 xG in the second half and could have lost by more with Phil Foden hitting the post in one of their many chances.

So where do the 20-times Champions of England go from here as they face the very real prospect of another season without silverware and a battle on their hands to make the Champions League places? 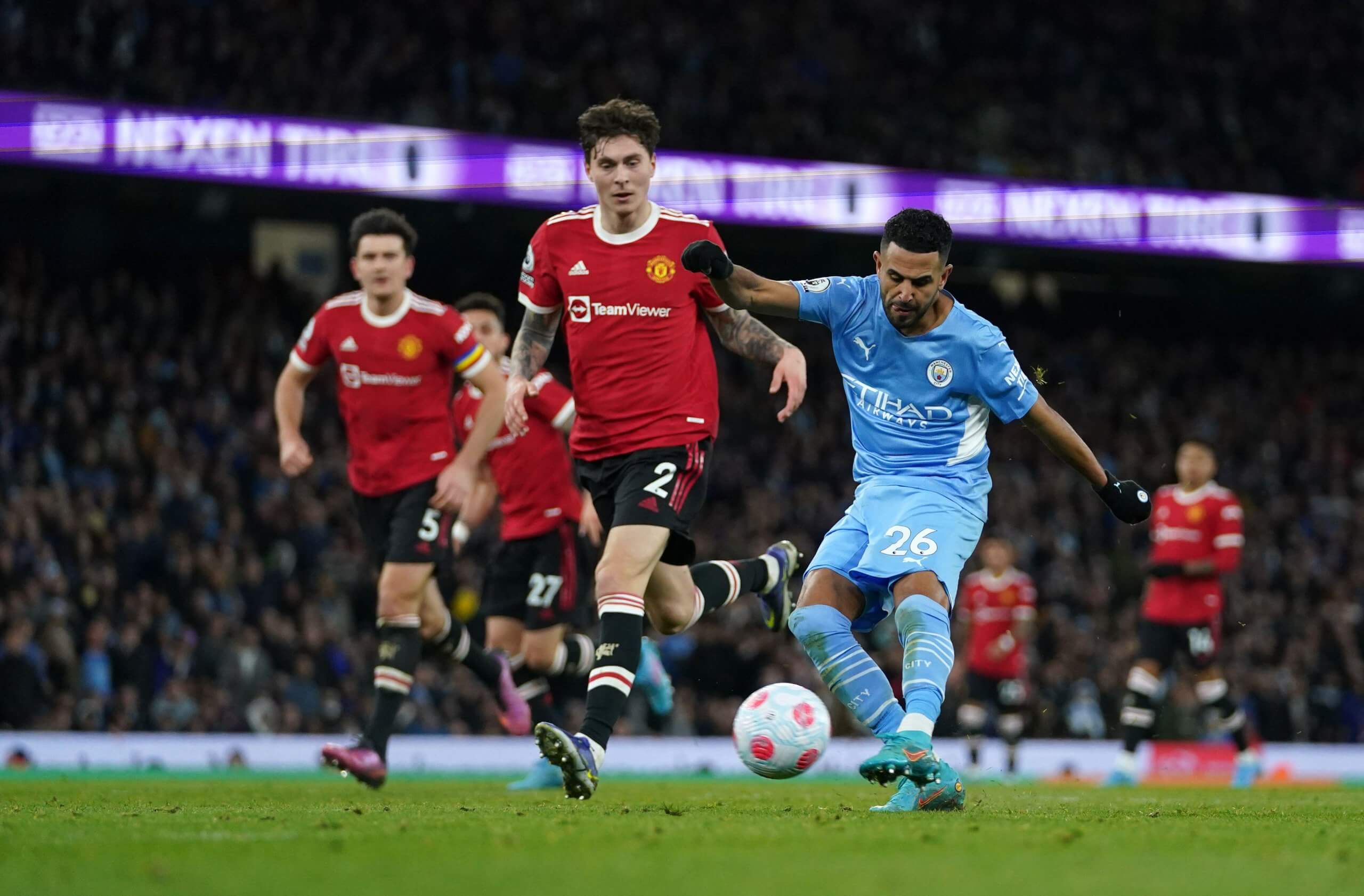 “For me, the defeat wasn’t surprising,” Alan from United Journal tells FansBet.

“There were concerns as the team had failed to score more than one goal in the last few games except against Leeds and Brighton in the Premier League.

“Manchester City controlled from the start and didn’t fail to change gears when United pressed forward in search of a goal.

“Players have struggled to adapt to the heavy metal brand of football that Rangnick offers; it feels as though they’ve lost their trust in the interim manager.

“United fans don’t feel optimistic. Fans have been going through unusual phases, especially within social media. Many have given up hopes on top four and it seems nearly impossible to close the gap with teams given their games in-hand.” 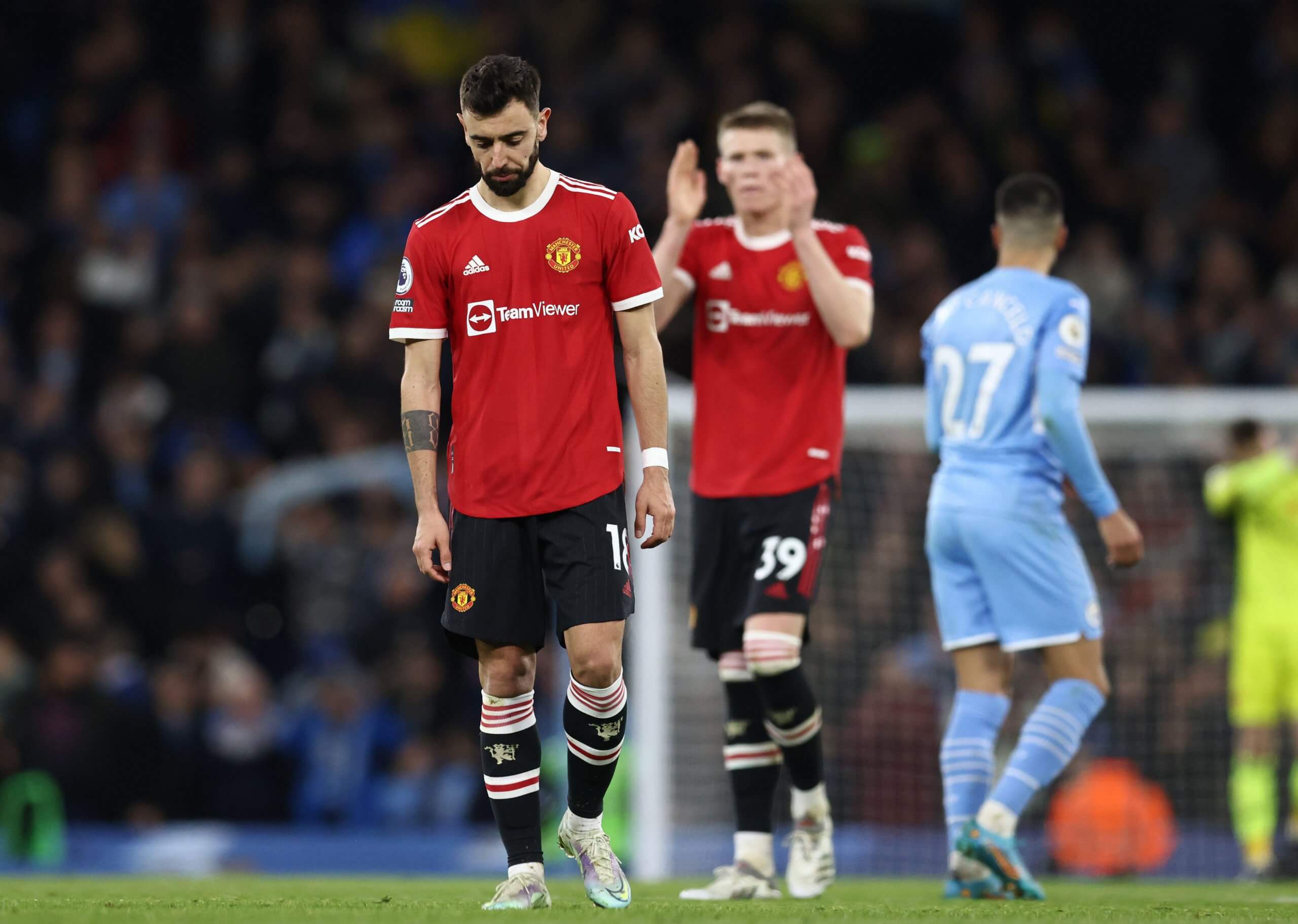 It wasn’t just United fans who were disheartened following the defeat, with former United skipper Roy Keane labelling the nature of the defeat “unforgivable.”

The Irishman, who won seven Premier League titles during his time at Old Trafford, was speaking in the Sky Sports studio following the game and found it hard to hide his feelings about where his old club now find themselves.

Meanwhile, his former Manchester United teammate and now fellow pundit, Gary Neville, labelled United’s performance as “embarrassing” and claimed that they “threw the towel in” during Sunday’s defeat, views that Alan finds himself agreeing with.

“Most of them gave up. I honestly believe that some of these players don’t suit Rangnick’s system; that’s one of the reasons why I feel sorry for the manager.

“The game started to feel less and less competitive as time went on, and I was even tempted to switch off my television.

“United lost confidence after City scored their second goal and the second half felt like a warm-up game rather than a league fixture.

“I feel that players have started to feel more pressure since Ole Gunnar Solskjaer left.

“As a result, Ralf Rangnick hasn’t been able to form good relationships or build trust with the majority of United players except for a few young lads such as Elanga.” 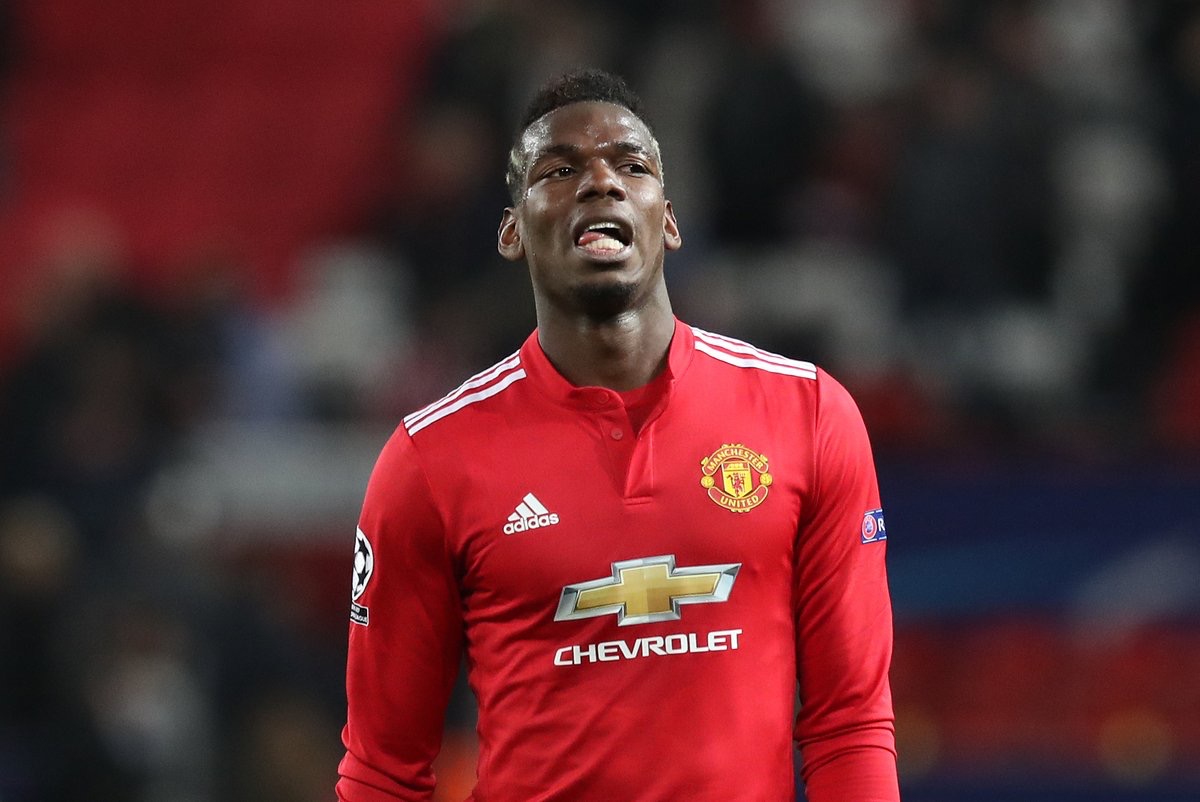 After finishing second last term and losing the Europa League final on penalties, the acquisitions of Raphael Varane, Jadon Sancho and Cristiano Ronaldo brought renewed hope that United could end their trophy drought.

But the season is turning into a nightmare, with Ole Gunnar Solskjaer exiting in November and Sunday’s 4-1 loss at City leaves Ralf Rangnick’s Red Devils trailing in the wake of the Premier League leaders.

United have dropped to fifth in the table and while they are just a point behind fourth-placed Arsenal, Mikel Arteta’s men have three games in hand.

“To be completely honest, I expect the team to face repercussions after they failed to address key issues within the squad over a long period of time,” says Alan.

“United’s priorities since the Glazer family’s takeover have been profits, revenues and dividends.

“At the time of the takeover, the club was able to sail the ship steadily because of Sir Alex Ferguson’s experience, as he knew how to operate the club from toe to head, both on and off the pitch.

“This summer, United’s ownership failed to address requirements that the team needed. Instead, they went for Cristiano Ronaldo, who has been very poor, scoring less than five goals from open play this year. 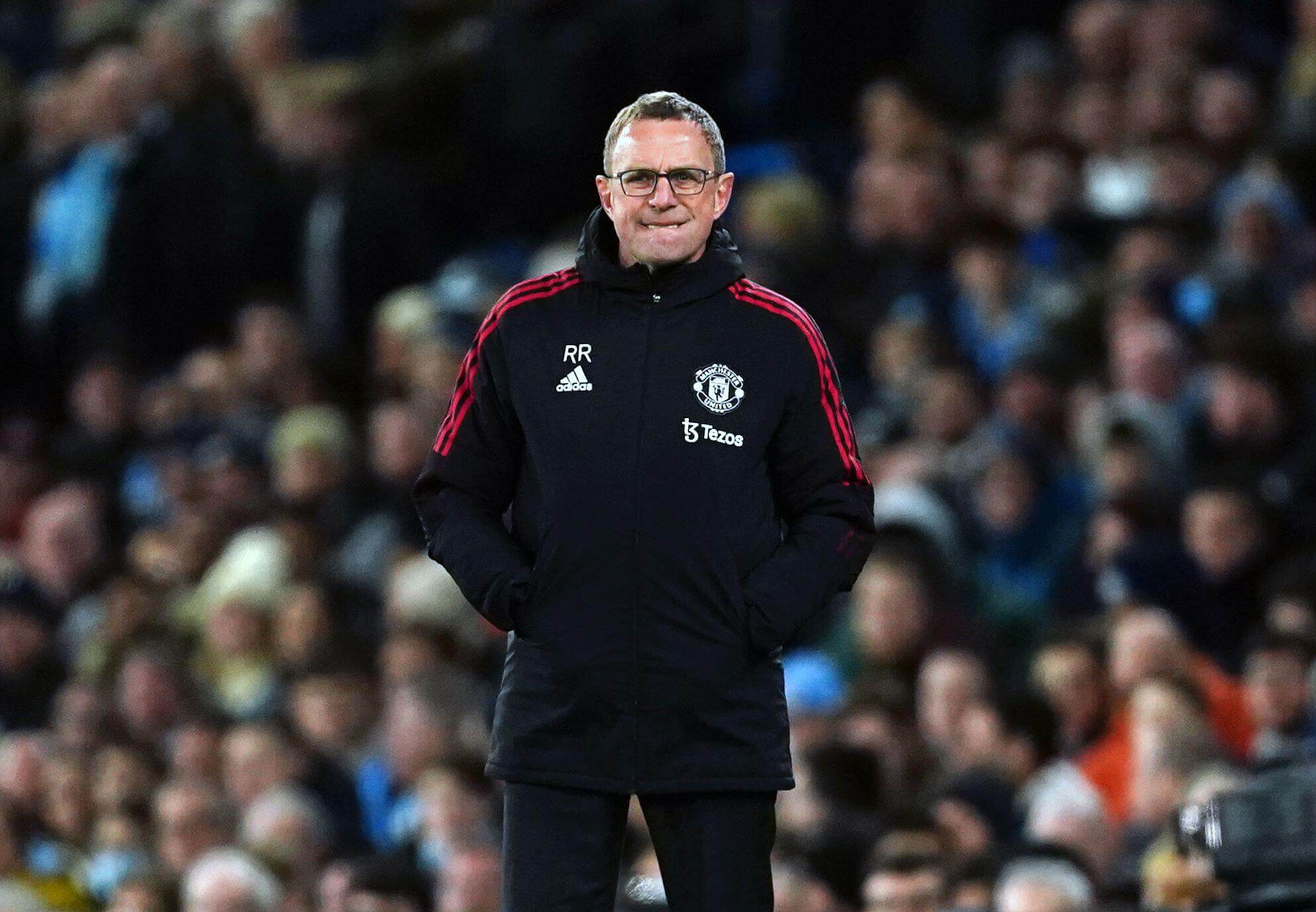 “I think United’s recruitment team were left stunned after their hierarchy gave more importance to star value than squad balance.

“The squad lacked cohesion at the start of this season and it still remains that way as players haven’t been able to be accustomed to a high-pressing system under a new manager.

“The success of Mikel Arteta’s Arsenal hasn’t been a fluke as last summer they addressed multiple positions after understanding problems related to squad composition.

“Meanwhile, United failed to consider the gaping holes within the squad and ignorance struck when they hijacked City in a deal to sign Ronaldo instead of utilising funds for a defensive midfielder.”

The Red Devils board are now expected to hold talks with PSG boss Mauricio Pochettino and Ajax manager Erik ten Hag in the coming weeks – both remaining the club’s top two targets to replace the current interim boss in the summer.

Rangnick was appointed on an interim basis in November with the view of a two-year consultancy role starting from next season.

So with just eight wins from his first 18 games in charge, how do United fans feel about the German’s time in charge at Old Trafford so far? 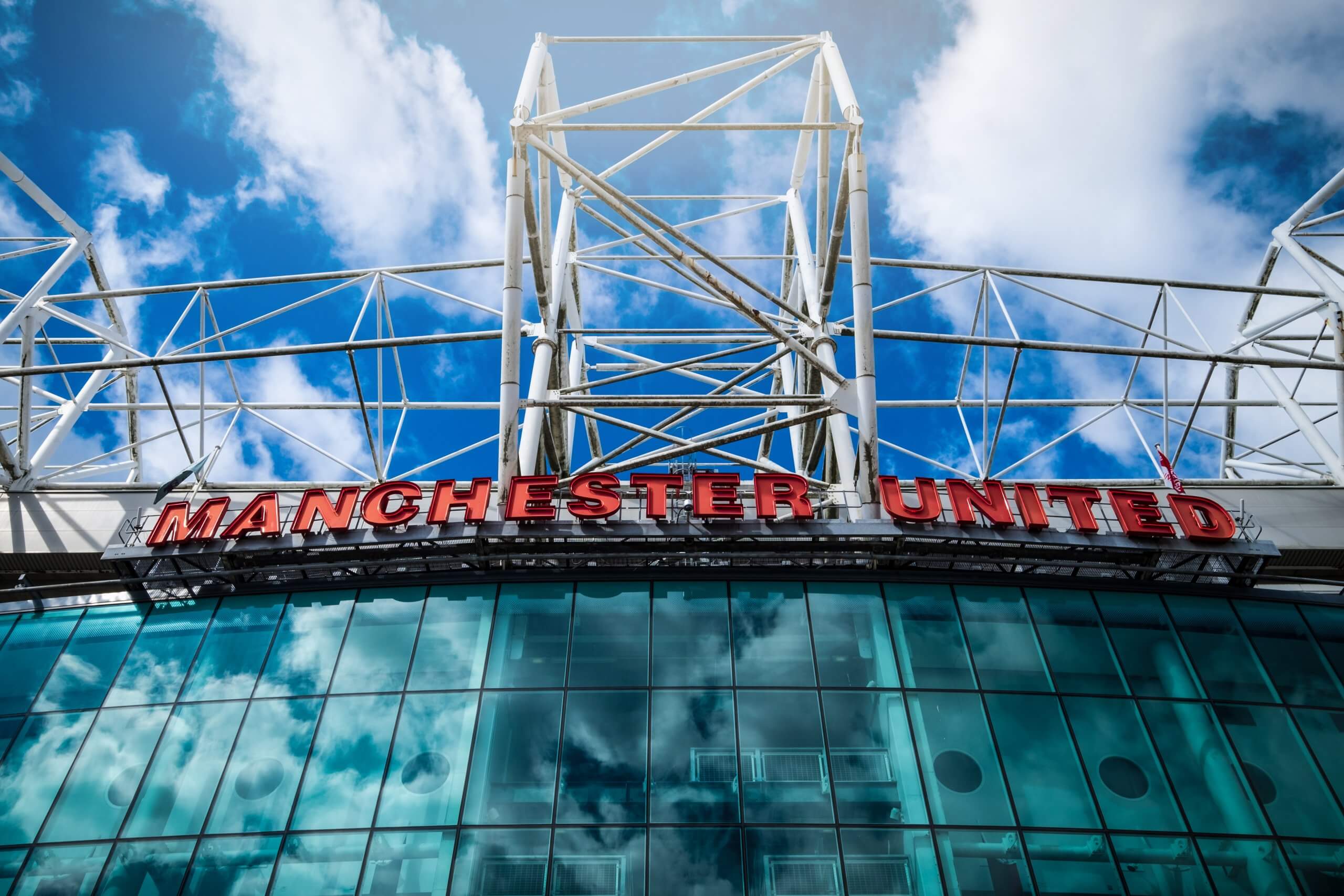 “Rangnick’s tenure at United was expected to be a challenging one from both an interim manager and the club’s perspective,” reveals Alan.

“The club failed to show the backbone to support the new manager, who signed for a further two years to act as a consultant after his interim spell.

“I’m not optimistic with the way the club is approaching this transfer window. Various positions need strengthening especially with the likes of Pogba, Lingard, Mata and Cavani leaving on a free transfer this summer.

“The club’s decision-making will backfire if they go with a miser’s mentality into the transfer window.

“Time will tell whether things change regarding transfer targets. I’m expecting this summer to be a disappointing one with the way things are being briefed to the supporters.

“A lack of ambition and sincerity has been evident for a long period and this remains the same if United don’t learn from their mistakes.”