Which Teams Will Taste Victory In The Milan Derby And PSG’s Trip To Lyon?

As we prepare for a Milan Derby, and PSG's trip to Lyon, here at FansBet we tell you everything you need to know ahead of these big European fixtures.

With numerous European football games taking place this weekend, FansBet have got you covered bringing you two of the biggest games taking place across the Channel, as the The 224th Derby della Madonnina takes place on Saturday and Lyon welcome PSG on Sunday in Ligue 1.

The first Milan derby of the 2019/20 season will be the highlight of the fourth week of Serie A as Inter Milan look to extend their perfect record in the league.

It was a disappointing night of European football for the current league leaders, who came out of their game with Slavia Prague with a 1-1 draw. Meanwhile, AC Milan have what some could argue as an advantage with no European football this season after they withdrew from the Europa League to avoid UEFA financial fair play penalties in a deal with the administrative body.

If anybody needs an advantage this early into the season it is Milan, who currently sit in seventh position of Serie A with six points, scoring just two goals so far.

Inter Milan to Win and BTTS at

The derby will certainly be an exciting battle for the two sides, who are both in a desperate hunt for silverware as they both are currently in trophy droughts that date back to 2011, so a win this weekend against an old rival would certainly help both teams and their mindsets for the new season.

For Milan, mild-mannered Marco Giampaolo was the coach of choice, a low-profile manager who has never managed better than ninth place with Sampdoria.

Whilst Milan have said goodbye to numerous players this summer, including academy graduate Patrick Cutrone who made the move to Wolverhampton Wanderers and Milan veteran Ignazio Abate who ended his time at the club after ten years of service, they have also brought in some new faces.

One of their biggest signings, Rafael Leao has joined from Lille with the forward hoping to make an impact after signing for a rumoured €28 million. In addition, Ivory Coast midfielder Franck Kessie will be looking to keep his spot in the league after signing from Atalanta.

Meanwhile for Inter Milan, ex-Chelsea manager Antonio Conte was selected as their new manager, known for his rants and animated style. 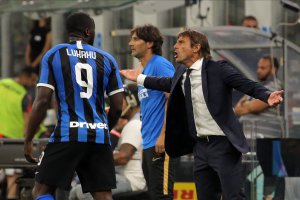 Although Conte lost numerous young players from his side, he gained some great names for the 2019/20 season. Taking not one, but two Manchester United strikers, Inter bought Belgian forward Romelu Lukaku for a rumoured fee of €65 million, and Alexis Sanchez who will be at the club on loan. Both will be looking to get into Conte’s starting XI ahead of such a big game.

Inter will certainly be Milan’s most difficult test yet, especially looking at their contrasting starts to the season. Conte’s team will probably be favourites going into the game, and they will be adamant on maintaining their perfect start to the season.

One the counter and with set pieces, Inter will cause Milan some problems, and Giampaolo will have to work hard at ensuring his team are not too exposed.

However, could Milan surprise with a gritty performance that could get them at least a point?

After an impressive 3-0 victory against Real Madrid in the Champions League mid-week, Paris Saint-Germain will be looking for another win as they face Lyon in one of their most difficult domestic ties of late.

The champions are currently leading Ligue 1 by two points, only facing defeat so far to Rennes, and will be searching for their fourth straight victory in the league this weekend.

Despite getting off to a great start in the league, Lyon have struggled of late and have suffered with poor form. They currently sit in eighth position in the league with just eight points and a 1-1 draw in Europe mid-week against Zenit Saint Petersburg, thanks to a Memphis Depay penalty, added insult to injury.

Lyon to Win and BTTS at 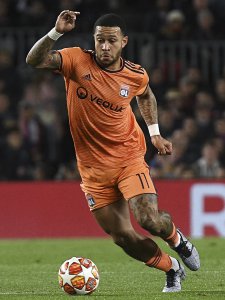 Although morale will undoubtedly be high in Paris after their mid-week win, Thomas Tuchel’s side have lost five of their last seven away league outings, something that Lyon will be hoping to capitalise on along with the fact that PSG have lost 2-1 away to Lyon for the past two seasons.

PSG will certainly need their best players on top form in order to take three points at the Groupama Stadium. Despite losing the likes of Gianluigi Buffon to Juventus and midfielder Giovani Lo Celso to Real Betis, PSG added the likes of Abdou Diallo and Ander Herrera to their squad, as well as keeping their star man Neymar.

The Brazilian is now back in the squad after the saga that was his potential move to Barcelona and despite the boos from PSG fans, he reminded everyone just why he is one of the most sought after players currently with a spectacular overhead-kick winning goal against Strasbourg in injury time. 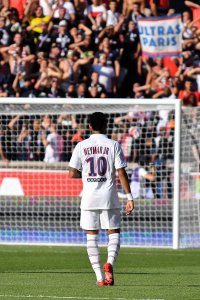 Meanwhile for Lyon despite losing 22-year-old midfielder Tanguy Ndombele to Tottenham and Ferland Mendy to Real Madrid, manager Sylvinho was able to bring in the likes of defender Joachim Andersen from Sampdoria and Jeff Reine-Adelaide from Angers for a reported €25 million.

Lyon are without a victory in their last four outings and they have only managed one clean sheet in their last five games when playing at home, however with their record against PSG the game could go in any direction.