‘Ignore the noise’: Norwich fans hit back at claims they are a yo-yo club

"Writing Norwich off after a drastically reduced pre-season and playing two teams who will be in the top-3 this season is just quite silly," says Jacob from Canary Cast as pundits put the boot in.

Norwich might have lost two from two as they look to avoid yet another immediate exit from the Premier League, but fans have reacted angrily to the claim that they are not prepared to compete in English football’s top-flight.

It’s been a tough start to the 2021/22 season for the Canaries, who were beaten 3-0 at home by Liverpool on the opening day before being thrashed 5-0 at Manchester City last weekend.

However, it doesn’t bode well for a club that is battling to avoid the drop immediately after gaining promotion for the third time in eight seasons.

Daniel Farke was given the chance to get his side back into the Premier League following their most recent relegation in 2020 and has rewarded the faith of owner Delia Smith by leading his side to the Championship title.

Norwich gained promotion after amassing 97 points last season, finishing six points clear of runners-up Watford, though fans will be well aware that they’ve been here before. 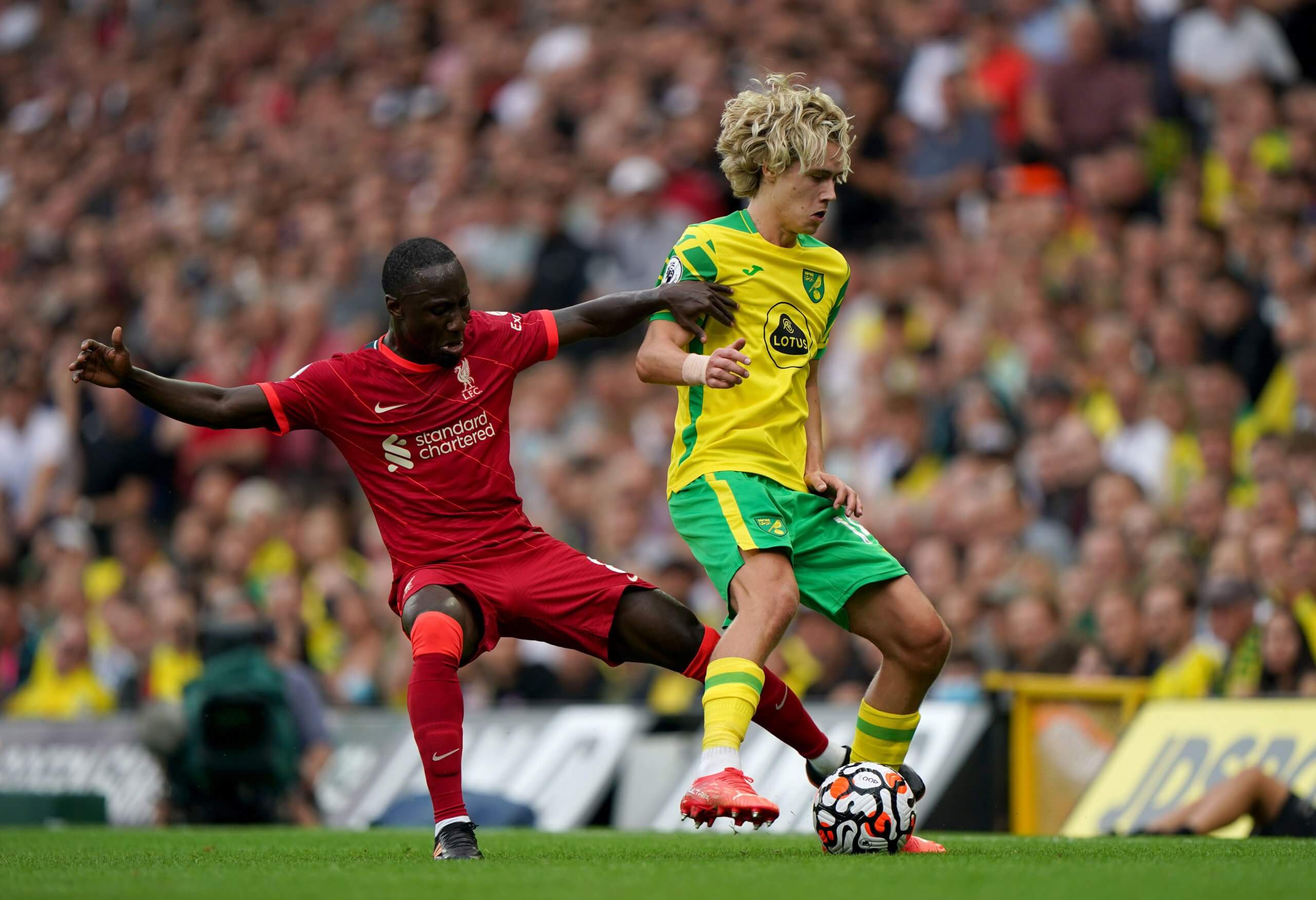 But City returned once more in 2019, winning the Championship with an impressive 94 points under their likeable German coach, only to finish rock bottom the following season with just five wins and 21 points.

And it seems those in the media have already written off their chances of avoiding the drop once again this time around, particularly Alex Crook, who questioned the club’s integrity on TalkSPORT this week.

“What are Norwich at the moment?” he asked when co-hosting Darren Bent’s Boot Room on Sunday.

“I kind of feel like they’re cheating the system somewhat, what they do is come up, spend little money, go back down again, win promotion, use the parachute money, it doesn’t sit right with me.

“I think in some ways it goes against sporting integrity when they’re in a league where they have no real intention of competing.”

We have the poorest owners in the league who put every penny this football club earns back into the side. We don't go into stupid debt and ask for a bail out and have spent over £30 million this summer whilst not putting the club at financial risk #ncfc pic.twitter.com/5IoTreoeBs

It’s an opinion that Jacob from Canary Cast vehemently denies.

“Sporting integrity is laughable when the so-called biggest clubs in the league tried to sign up to a different league for even more money to make the gap between teams even bigger,” he tells FansBet.

“Every Norwich fan would love to have a billionaire owner and win the Premier League, but we are realistic with where we are.

“What most Norwich fans do acknowledge and appreciate is that the people currently at the club do not put the future of Norwich at risk just for a couple of higher places in the Premier League.

“Norwich compete within their means and there are countless stories of clubs spending money they don’t have and then ending up on financial peril.

“The gap between the Championship and Premier League is bigger than ever.

“Of course, we would love to become a consistent Premier League team but without spending £60m plus each season it is becoming increasingly difficult to maintain yourself in this league.

“Writing Norwich off after a drastically reduced pre-season and playing two teams who will most likely be in the top-3 this season is just quite silly.” 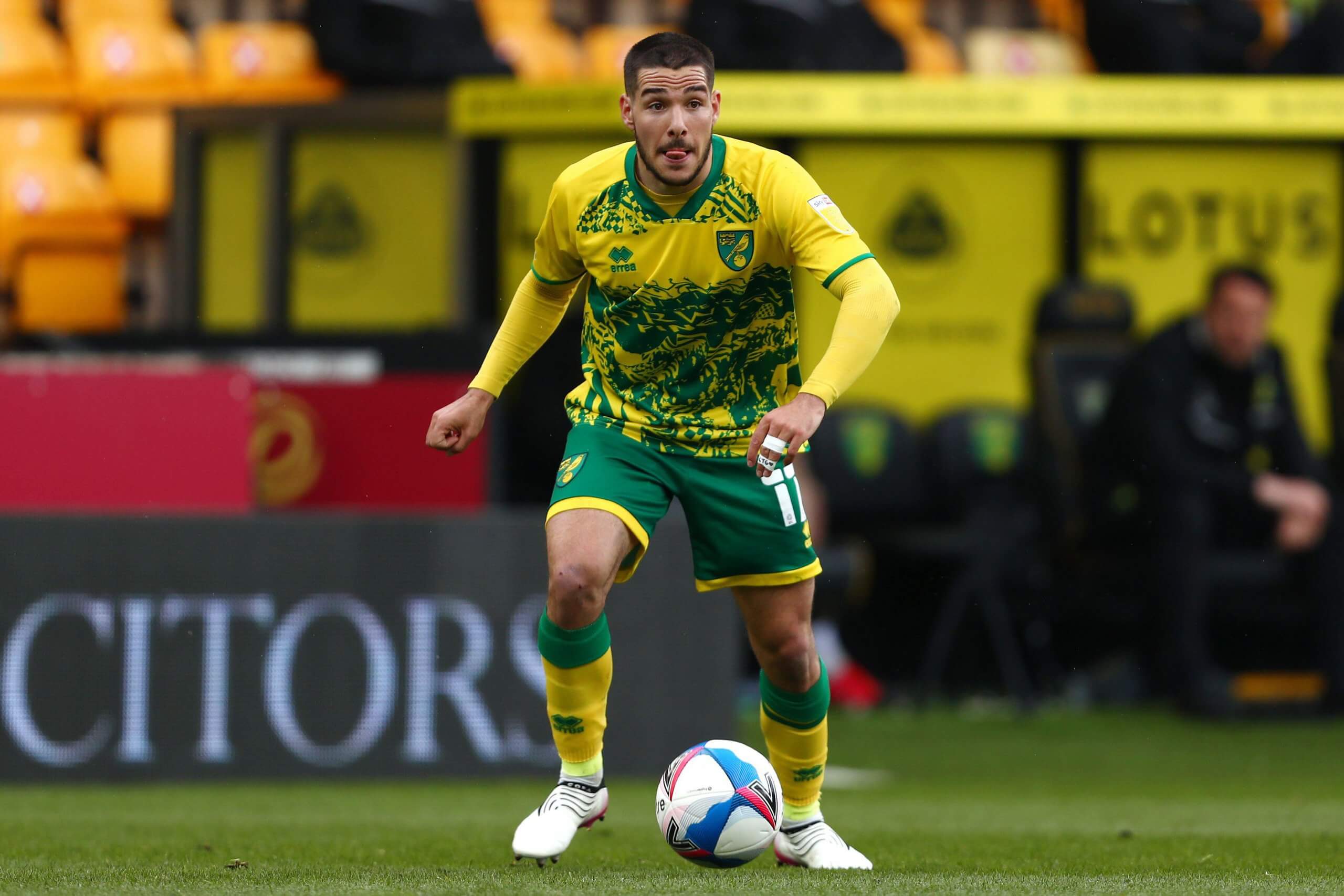 An accusation that Crook also aimed at the club is that Norwich are happy to be a “top-24” club in the country and spend very little money in an attempt to maintain their position in the Premier League.

“It’s almost like they’re signing players for the Championship,” he claimed. “I think they only spent about a million pounds the last time they were in the Premier League, they’re never going to stay up on that budget.

“Where is the experience, where are the goals coming from, they sold Buendia, have they invested that money to try and stay in the Premier League?”

City completed the £8m signing of striker Josh Sargent from Werder Bremen on a four-year deal this week, following in the footsteps of former teammate Milot Rashica, who also switched the Weser Stadium for Carrow Road this summer.

The pair join Greece international Dimitris Giannoulis after his loan from PAOK was confirmed on a permanent deal.

The new additions will be welcome news to fans who are still reeling at the loss of Emi Buendia, who completed a permanent transfer to fellow Premier League side Aston Villa earlier this year.

And their cause hasn’t been helped by a tricky run of fixtures to open their Premier League campaign which saw them welcome 2019/20 champions, Liverpool, before a daunting trip to Manchester City, a home fixture with Leicester and an away game at Arsenal in their first four matches.

“Norwich were very poor against Manchester City and we’ve got to learn and adapt quickly but can’t be written off just yet,” says Jacob.

“A lot of pundits are very reactionary, if we go and beat Leicester on Saturday we will be getting a lot of praise. As fans we always go from one extreme to the next as that’s how passionate we are about our football club.

“Stuart Webber’s quote of ‘ignore the noise,’ meaning don’t get too high or too low after a win or defeat is the best approach to take, especially in the Premier League.

“It’s difficult to judge until the transfer window is shut because we’re a couple of players short of really competing.

“What I’d like to see more from Norwich is adaptability rather than just hoping plan a will work, because at this level we can’t out-football sides.

“If we can find ways to grind out results then we’ve got a chance.”