The Scot was a key figure in the transformation of Liverpool Football Club from a mediocre Second Division outfit to one of the most feared sides in Europe while he also scored the winner in the Reds' first ever FA Cup final victory.

Despite subsequent achievements in Rome and Istanbul; Liverpool’s first Wembley triumph in 1965 is still regarded by supporters as one of the club’s finest hours – thanks in no small part to Ian St John.

Drawing 1-1 with Leeds United and with the game in the second period of extra-time, St John glanced Willie Stevenson’s cross into the back of Gary Sprake’s net to ensure Liverpool would win the FA Cup for the first time in their history and spark wild scenes of celebration across the city.

Of course, his contribution to the Red cause goes far beyond a single goal, as Ian St John was responsible for one of the greatest moments of the Bill Shankly era with that late winner at Wembley.

Joining Liverpool from hometown team Motherwell in 1961 for a club-record £37,500, Bill Shankly described St John’s arrival at the club as the “turning point” for the club as they began their transformation into one of Europe’s top footballing sides.

Legend has it that when the Liverpool boss approached his board for the funds they questioned the wisdom of spending so much on one player, to which Shanks replied: “We can’t afford not to buy him!” 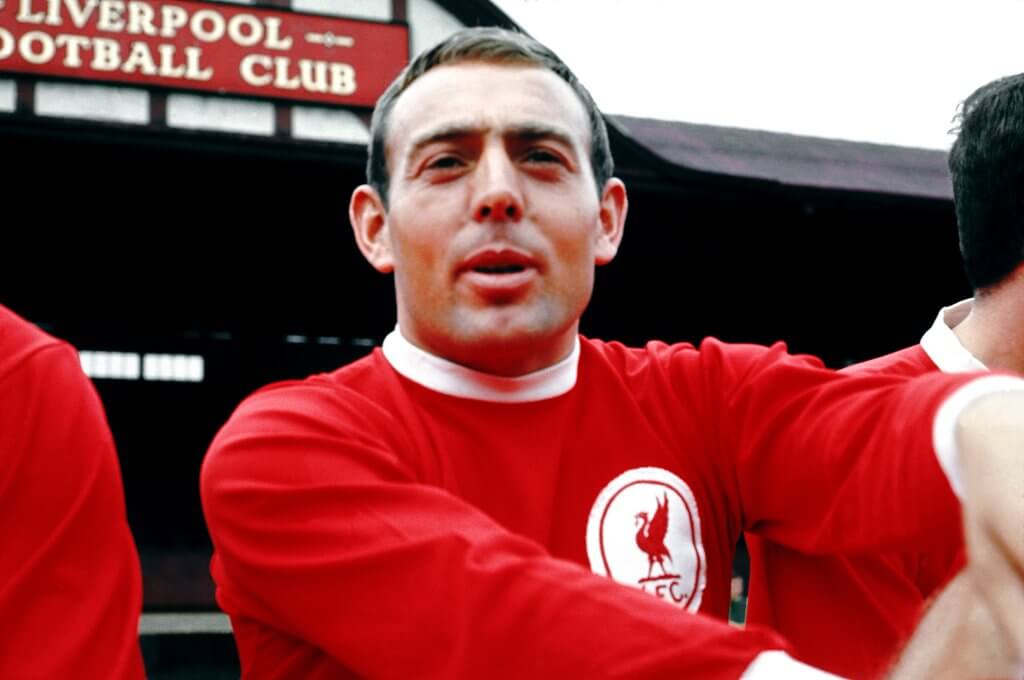 The Scot was a key figure in the transformation of Liverpool Football Club from a mediocre Second Division outfit to one of the most feared sides in Europe and twelve months after moving south he helped the Reds to promotion, forming a partnership with Roger Hunt which became one of the most talked-about in the land.

St John made his debut in a red shirt against Merseyside rivals Everton in the Liverpool Senior Cup and, although Liverpool lost 4–3, he announced his arrival in spectacular style by scoring all three of his side’s goals.

St John was both a taker and maker of goals with his best season in terms of hitting the back of the net being in the Second Division title-winning campaign of 1961/62 when he bagged 22.

Two years later Liverpool overturned a 17-point deficit to win the title by four points over Manchester United, with St John scoring 21 goals – one of two top-flight titles that he won during his time at the club he played for 425 times during a decade of service.

St John remained an influential member of a team in which he was almost an ever-present for eight seasons, but by the time the Seventies dawned, he was gradually being phased out of the first team as Shanks began the construction of his second great side.

After leaving Liverpool he spent a season with Coventry City, before ending his playing days at Tranmere Rovers, safe in the knowledge that the period of dominance about to be enjoyed on Merseyside, not to mention the greatest day in the club’s recent history, would not have been possible without him.