Hull City: “Rome wasn’t built in a day, you’ve got to give them a chance.”

“We’ve got to set ourselves a three or four-year plan now to get the Acun Ilicali and Shota Arveladze era started. Rome wasn’t built in a day.” Joseph Appleyard from To Hull & Back Podcast reflects on a period of change at Hull City.

Since January, Hull City have not only gone through a change of ownership, but also welcomed a new manager to the MKM Stadium as a season full of twists took another turn.

Returning to the division at the first time of asking after a one-year stint in League One, the Tigers topped the table at the end of the opening weekend as fans dreamed of another campaign of progress.

However, a run of one win from 15 followed as Grant McCann’s side slumped into a relegation battle with the threat of an immediate return to the third tier growing.

Despite a six-match unbeaten run from the start of November and back-to-back wins against promotion contenders Blackburn Rovers and Bournemouth in January, McCann was relieved of his duties a matter of days after the takeover of Acun Ilicali.

After purchasing the club for £20 million and ending the reign of the unpopular Assem Allam, the Turkish TV mogul then appointed former Rangers star and Georgia international, Shota Arveladze.

A lot to take in, right?

“It’s certainly been a busy few months,” says Joseph Appleyard from To Hull & Back Podcast, who joins us to help make sense of an eventful year in East Yorkshire. 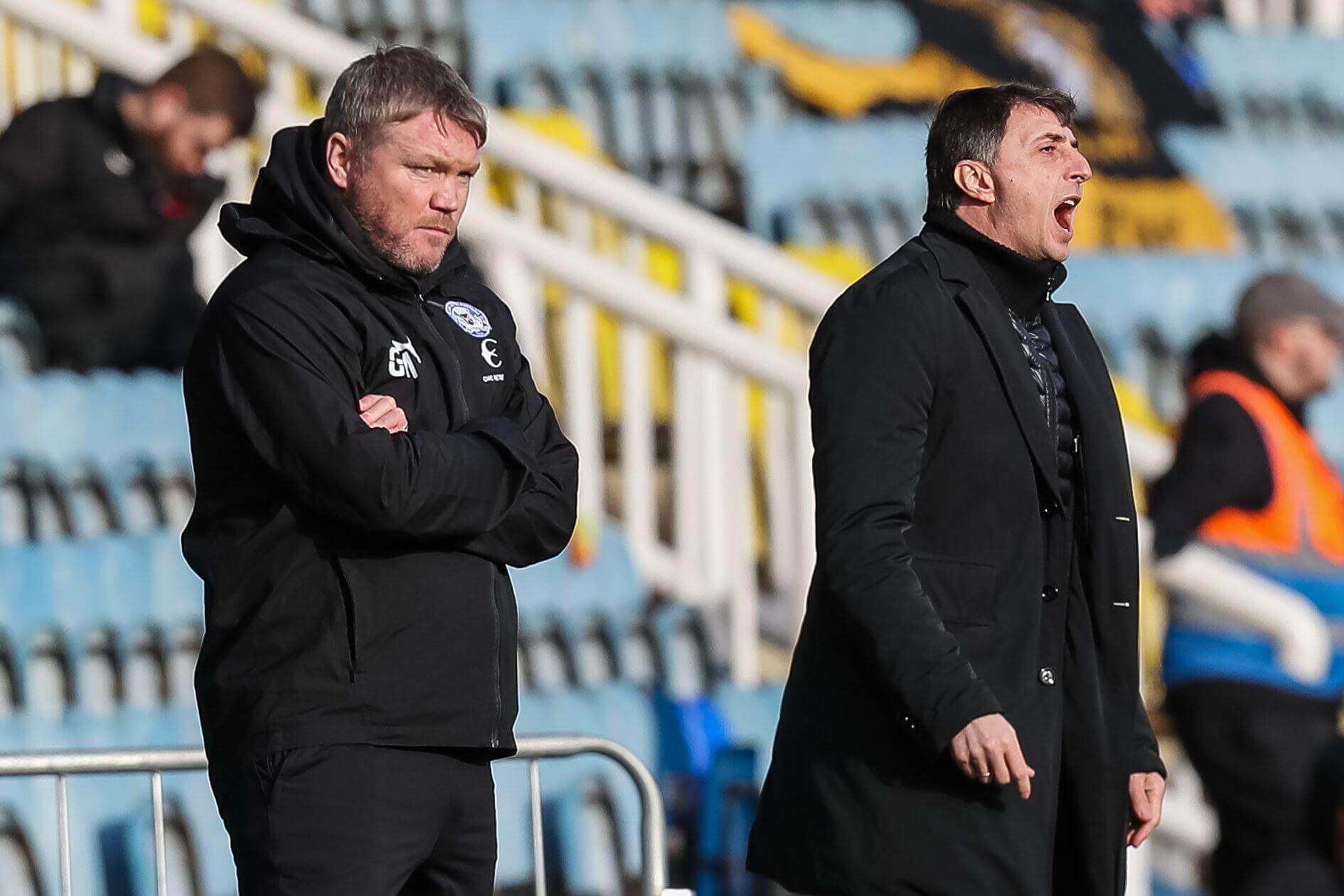 “It’s so good to see the back of the Allam era as, despite getting to FA Cup finals and playing in Europe, there are so many negatives that came with his ownership.

“When they first came in, they were really popular and put a lot of money in to fund local education and the nearby hospital.

“Assem Allam is a good man and that’s what’s so frustrating because the relationship went sour after he wanted to change the name to Hull Tigers.”

Allam was initially hailed as a hero after taking over from Russell Bartlett in 2010, rescuing the club from financial ruin and achieving Premier League promotion less than three years later.

However, ahead of City’s return to the top flight, Allam bizarrely announced plans to rename the club Hull Tigers in an effort to attract more interest from abroad – a decision which angered the Hull faithful.

The 82-year-old even went as far as to say the existing name was ‘lousy’ and ‘irrelevant’, infuriating supporters and igniting the start of a bitter campaign against the owner and his son, Ehab Allam, who has been running the club in recent times.

👏 “He’s brought a lot of positivity.”

🔄 “It’s a club that needed stripping from top to bottom and we’re going through that process.”@AppleyardJoseph from @Hull_and_Back has been impressed by Acun Ilıcalı's start as #hcafc's new owner… 🐯🧡 pic.twitter.com/8NtHB1pq3g

“Whenever a name or badge change is talked about, you’re always going to have your pros and cons but I think the fans just thought he was trying to turn it into something it’s not.

“Ultimately more Hull fans didn’t want the name to be changed than did and it turned very toxic with attendances dropping and chants against the owner – it was quite a sour atmosphere.

“We went down to League One, sold our best players and made two or three transfers and that was the beginning of the end.

“The Covid-19 outbreak didn’t help either as the Allam’s wanted to sell, but with fans not being in the stadium I think they got away with it quite lightly as there were some embarrassing games that season, including the 8-0 defeat at Wigan.

“It was kind of the beginning of the end of the Hull City I loved and knew – you never knew what was going to happen.

“It’s so nice now as, at the past five or six games, there’s been a positive atmosphere around the stadium.

“With the new owner coming in, it’s been so good and I know that all owners are perfect when they take over, but I think he brings so much positivity about the way he talks about the city.

“It’s a club that needed stripping from top to bottom and we’re going through that process now.” 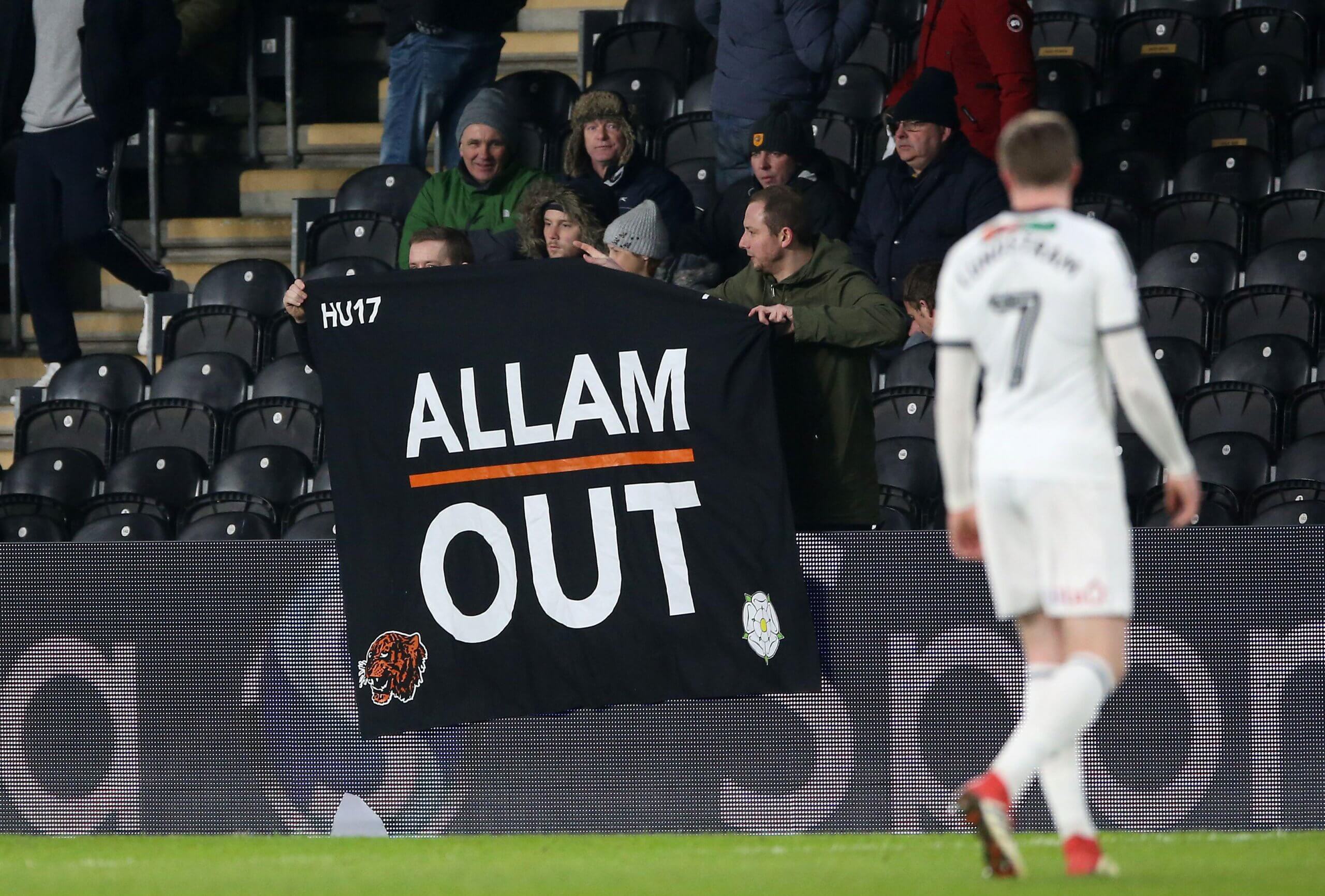 One of Ilicali’s first acts as Hull’s new owner was to replace manager McCann, who had been in charge of the Tigers for two-and-a-half years after being appointed in 2019, with Georgia’s all-time leading scorer Arveladze taking his place.

McCann suffered relegation from the Championship in his first season but immediately led the team back to the second tier by winning League One, eventually steering the club to 10 points clear of the drop zone at the time of his sacking.

And even new Hull owner Ilicali confessed that he is aware of the strange timing, but defended his call to remove the manager from his post after such a successful last six months.

“I’ve been a bit critic of Grant McCann, but you look as an outsider and under the Allam regime it must have been so, so tough for him to sign and keep the players he wanted,” says Joseph.

“It was definitely the right time to go, even though we’d beaten Blackburn and Bournemouth and it looked as though he could stay.

“But he knew from the start that if Acun Ilicali took over that Arveladze would be the new manager. 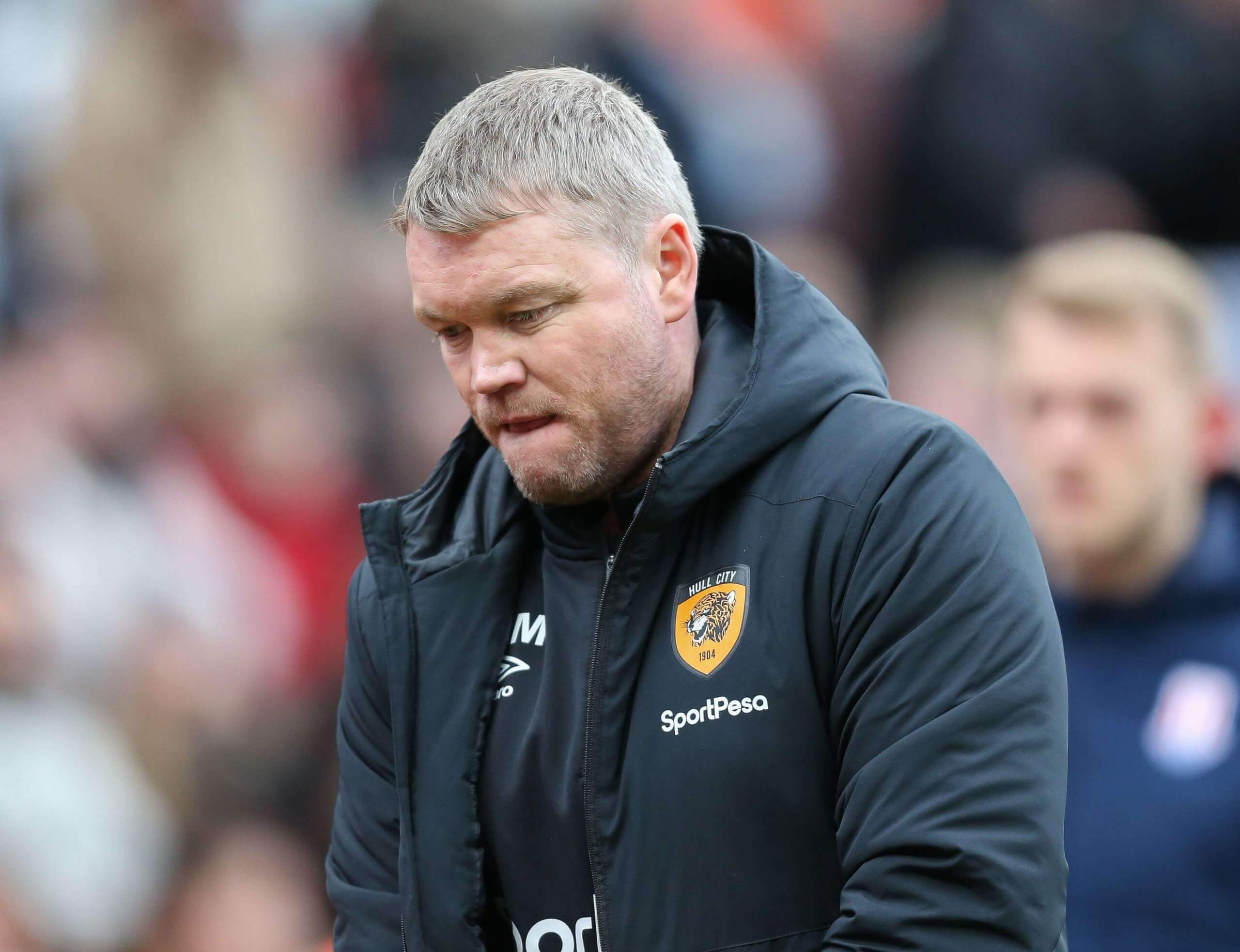 “Ultimately, it wasn’t meant to be, we had a relegation and he did the job to get us back up and he’s a very good League One manager, but for Hull City in this new era, it was right that the manager went as well.”

The change of managers is a major gamble by Ilicali, who has so far received overwhelming support from fans after ending the unpopular 11-year reign of the Allam family.

Shota Arveladze was a favourite at Rangers during his playing days, scoring 57 goals in four seasons, in between spells at Ajax and AZ Alkmaar, before retiring in 2008 and working as assistant coach at AZ under Louis van Gaal, Ronald Koeman and Dick Advocaat.

He has since managed Kayserispor, Kasimpasa and Trabzonspor in Turkey and Maccabi Tel Aviv in Israel. His last job was as boss of Pakhtakor Tashkent FK in Uzbekistan, where he left in 2020.

But his start at Hull has been mixed at best with two wins, two draws and four defeats from his eight games in charge. 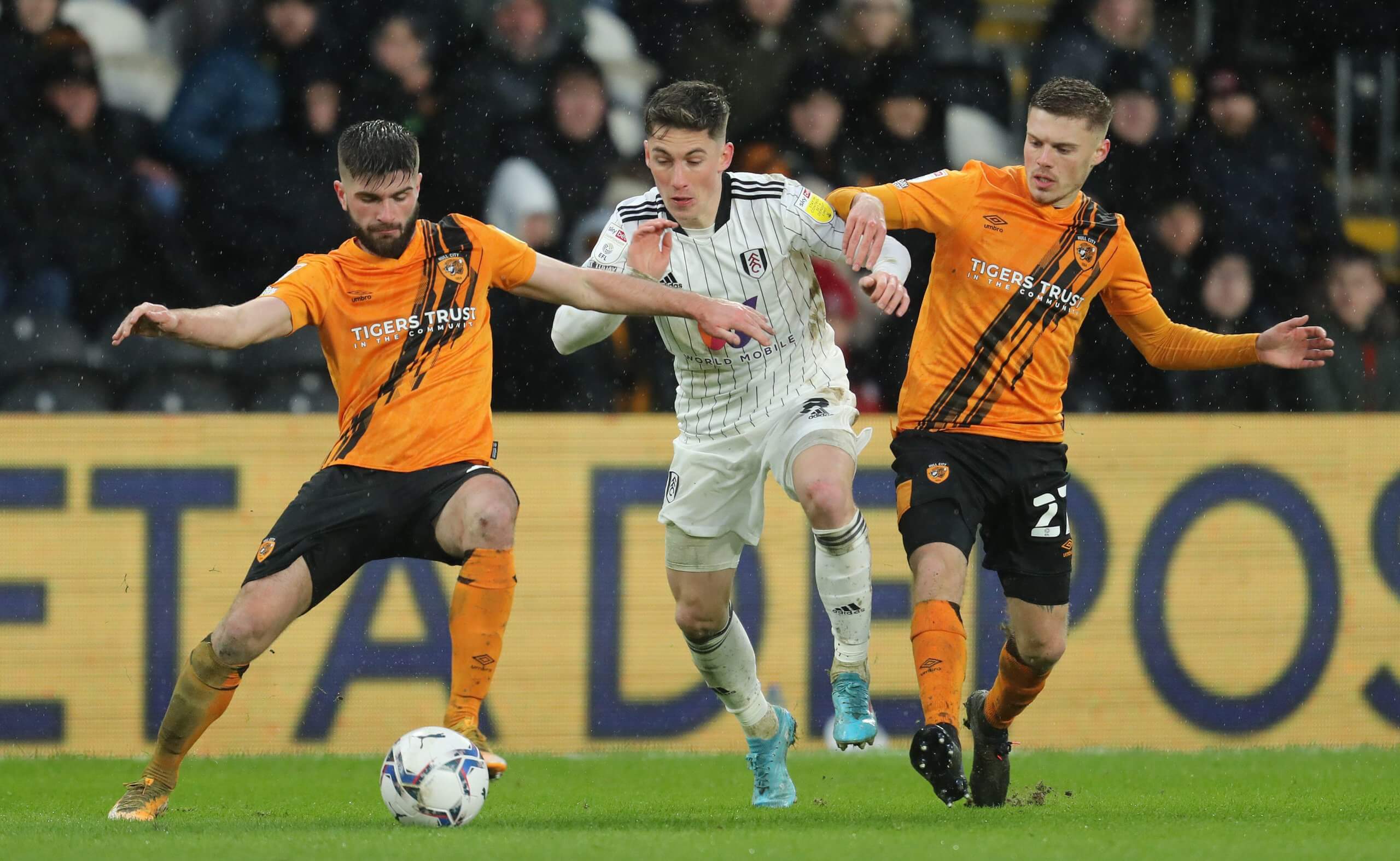 “You look at the teams that he’s managed, it’s a different style of play, it’s more intense. I always say the Championship is tougher than the Premier League.

“I think we’ll survive, I think we’ve got a lot of losses in us but I think we can also grind out results, too.

“We’ve brought in some players, though we haven’t spent big because of the transfer embargo and the new manager didn’t have a lot of time.

“We’ve got Ryan Longman in from Brighton for £700k, which looks like an absolute steal and he looks like he’s going to be a really good Championship player. Regan Slater for under £50k is a really steady defensive midfielder. And then Tom Huddlestone who’s one of the most experienced players in EFL history.

“Realistically though, we’ve got to set ourselves a three or four-year plan now to get the Acun Ilicali and Shota Arveladze era started.

“Hopefully, then we can work our way up the Championship table and maybe get a play-off spot.

“Rome wasn’t built in a day, but you’ve got to give these guys a chance, it’s just not to always be negative for a change.”