Paolo Rossi very nearly didn't feature at the 1982 World Cup, but his six goals would eventually ensure Italy would become world champions again for the first time since 1938.

Paolo Rossi wrote his name into footballing folklore with his displays at the 1982 World Cup – his goals propelling Azzuri to the summit of World Football for the first time in 44-years and making him a national hero in the process.

Having started out at Juventus, Rossi had struggled to break into the first-team setup before moving on to Vicenza, where he spent three years and played almost 100 league matches, though it was on the national stage he would truly make his name, particularly during the summer of 1982.

But he so nearly missed the competition after being implicated in a match-fixing scandal and, although he maintained his innocence, Rossi was banned from football for three years after being accused of his part in the affair.

This suspension was reduced to two years on appeal, meaning he was available to play at the World Cup in Spain.

The tournament started with a whimper for both Italy and Rossi as the striker failed to score in the opening group stage as Italy drew all three games – eventually progressing to the next stage. 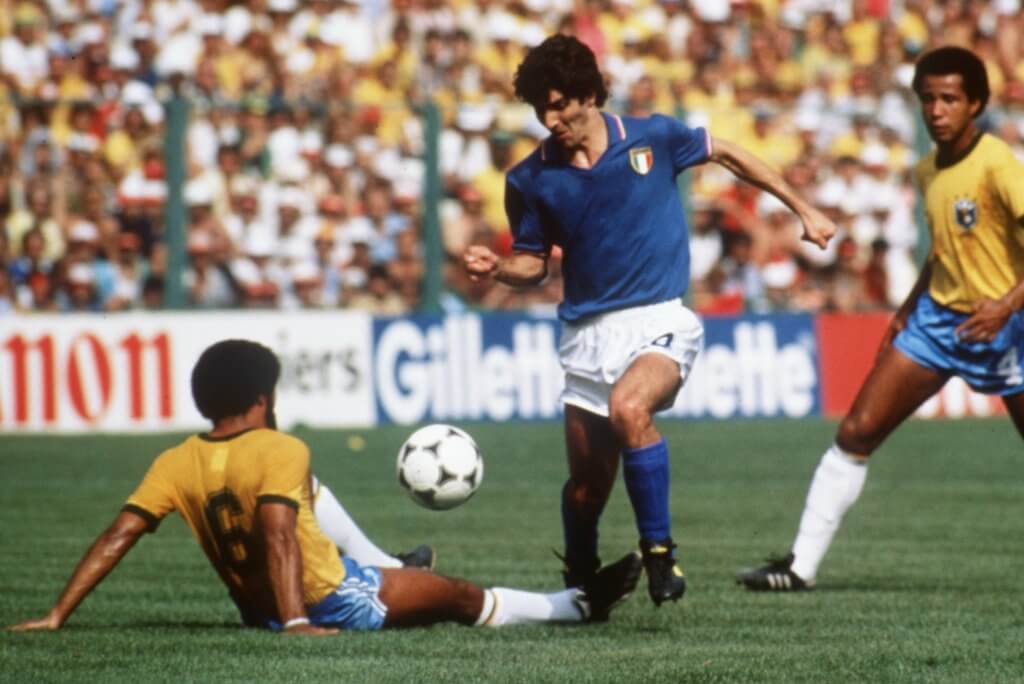 The Italians looked far from World Cup contenders with Rossi facing criticism himself for his performances in front of goal, but that was all to change when Italy faced Brazil in the second group stage having overcome Diego Maradona’s Italy in their previous match.

The game followed the predicted pattern of Brazilian attack against Italian defence, but the naivety of the Brazilian’s attacking game plan would eventually be punished.

Rossi put the Italians ahead twice but the Brazilians levelled twice and with the game heading to extra-time, Rossi completed his hat-trick by turning home a wayward shot.

Italy followed up their dramatic win against Brazil with Rossi scoring twice in the semi-finals against Poland – setting up a meeting with West Germany in the final.

A tense final eventually went Italy’s way when Rossi scored the opening goal in the second half with the Azzurri going on to win 3-1 and become world champions for the first time since 1938 and the third time in total.

Italy’s triumph sparked an outpouring of emotion back home, bringing with it a period of national unity at a time when the country was plagued by political and social unrest. 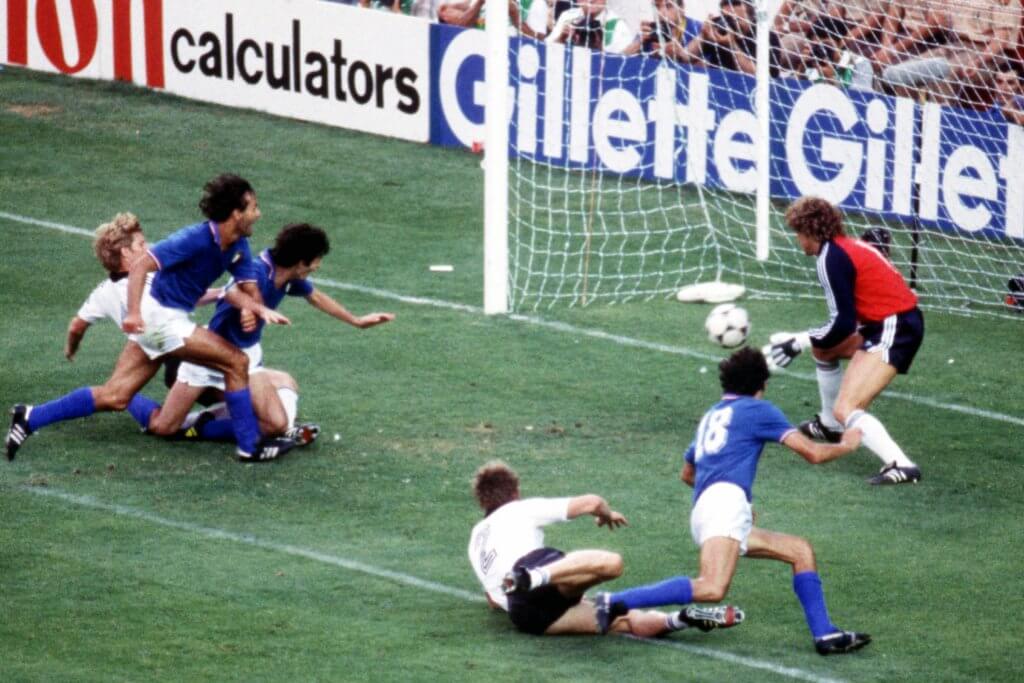 Following his performances at the 1982 World Cup, which saw him score six goals, he was awarded the Ballon d’Or which at the time was given to the European footballer of the year.

“On one hand I felt fulfilled. I said to myself, ‘you’ve made it’,” Rossi later said about the triumph. “On the other hand, I was disappointed that all of this just ended. The World Cup was over.

“But when you win something important it’s not just about the trophy. It’s about the group you win it with, it’s about your entire career that took you there.”

Paolo Rossi scored 20 goals in 48 appearances for the Italian national side, as well as 60 goals in 94 Serie A games, earning him a return to Juventus, where he spent four years before moving over to AC Milan.

He won back-to-back Serie A titles and a European Cup for Juve – but winning the 1982 World Cup in the summer of 1992 will surely be what the man known simply as Pablito will always be best remembered.