Liverpool v Arsenal: Why 1989 was the greatest season ever

Sorry Sergio, but Michael Thomas's injury-time strike at Anfield as the top-two met in the final game of the season crowned the most dramatic title race ever.

Forget Sergio Aguero’s last-minute strike against QPR in 2012, the greatest finish to a title race in the history of English football occurred on May 26th, 1989, when Liverpool played Arsenal in the final game of the season at Anfield.

The difference being that the two teams who were competing for the league championship that season were actually playing each other in the very last game, on the final day, live on a Friday night in a winner takes all encounter.

But to really understand the enormity of the occasion you have to go back to what had happened in the weeks and months leading up to one of the most incredible nights in English football history.

At Christmas, it was Arsenal who were favourites to win their first title for 18 years as they battled at the top of the Barclays League Division One table with unfancied Norwich City, whereas Liverpool were back in sixth place and a full six points off their North London rivals.

By January, Arsenal had stretched their lead over the Reds to nine points after something of a collapse from Liverpool, including a New Year’s Day defeat against Manchester United which left their title ambitions in tatters.

That loss would be Liverpool’s last defeat until the end of May, however, as Kenny Dalglish’s men mounted a phenomenal run which saw them win 15 and draw three of their final 18 games heading into the decisive encounter with Arsenal on the final day. 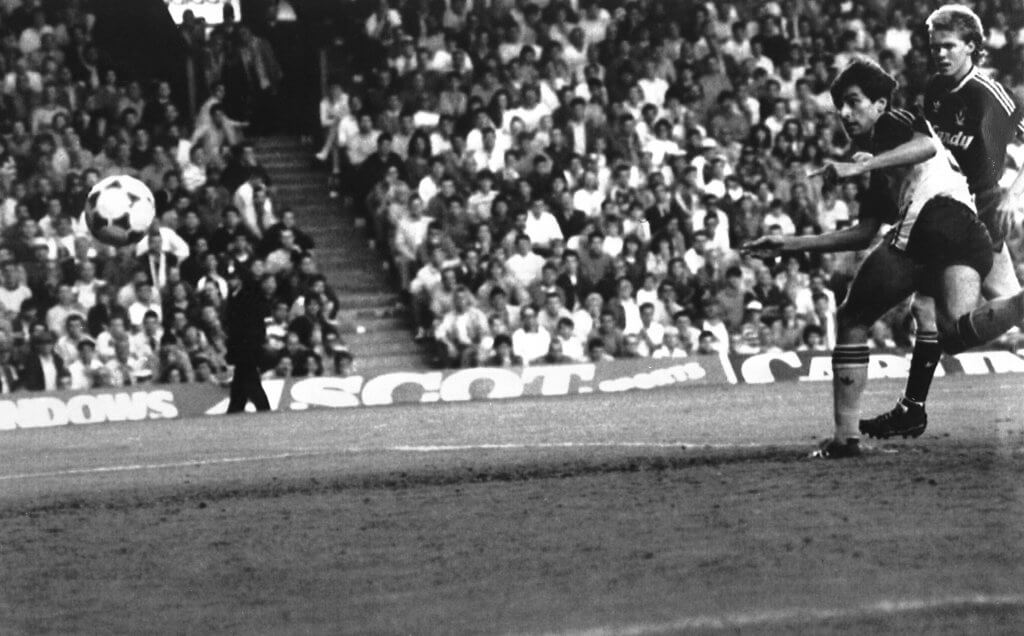 Liverpool’s run of form was made all the more remarkable seeing as many of these games were played out against the horror and grief caused by the tragedy that occurred at Hillsborough on April 15th – which ultimately caused the death of 96 supporters.

Their next two league games were postponed as the club, its supporters, the nation and the football world mourned and it would be another fortnight before they played again, with the Football League facing something of a headache when it came to arranging the remaining games.

Between their first game back following the disaster, where they drew with Everton at Goodison Park, and the eventual showdown with Arsenal, the Reds played six and won six.

Arsenal, on the other hand, only had to play three times during that period, and somehow managed to drop five points at home as they lost at home to Derby County and drew with Wimbledon at Highbury, seemingly gifting the title to the side who had been all but out of it at Christmas.

When Liverpool ran riot and scored five in their penultimate game against West Ham, not only did it relegate West Ham, it also meant that if the title was to go to London, Arsenal would have to beat Liverpool by two clear goals in the final game of an epic campaign at Anfield.

“I definitely thought we’d blown it, the two last home games were nowhere near the results we needed,” Gav from She Wore A Yellow Ribbon told FansBet.

“I think people forget what a fortress Anfield was at the time. Nobody had won there for ages, let alone won there by two clear goals (the margin needed for Arsenal to clinch the title).

“I think it had been a couple of years since they’d lost by more than one goal at home, so it was a very big ask.” 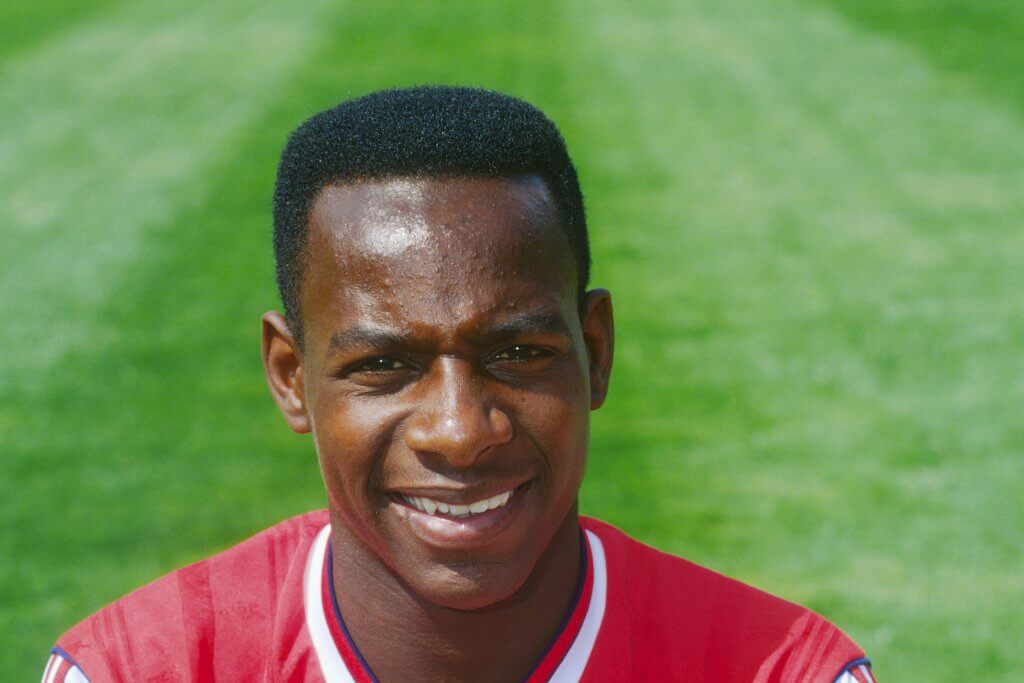 So as it worked out, a game that was originally scheduled for late April would now be the final act in this most enthralling season some four weeks later with Liverpool facing Arsenal in the last game of the season in a match that would, one-way-or-another, settle the most incredible of title races.

To make their task even more daunting, Arsenal hadn’t won at the home of Liverpool in 14 years and it had been three years since the Reds had been beaten at home by two clear goals.

As a result, most of the 20 million audience that tuned in that night settled back to watch what everyone assumed would be the coronation of Liverpool as First Division champions for the 18th time in their history.

Arsenal, led by former player George Graham, had other ideas however, stifling Liverpool in the first half and playing on the break in the second having gone against the grain on the biggest night in their history and adopting a revolutionary sweeper system.

The game turned on its head when they scored through Alan Smith on 52 minutes to set up a grandstand finish to a blockbuster season and, with a minute of injury time remaining, the season still hung in the balance as Arsenal ‘keeper John Lukic bowled the ball out to Lee Dixon on the edge of his own box.

The full-back sent the ball further downfield towards Alan Smith who controlled the ball just inside the Liverpool half before spotting the forward run of Michael Thomas and playing a delightful through-pass.

Attempting to flick the ball past the onrushing Steve Nicol, the ball rebounded straight into the midfielder’s path, leaving him through on Grobbelaar’s goal and the destiny of the league title at his feet as the nation held its breath.

“It’s up for grabs now!” yelled ITV commentator Brian Moore as Thomas seemed to take an eternity, before tapping the ball into the far corner of the net just as several Liverpool defenders threw themselves at him in a desperate attempt to try and block his shot. 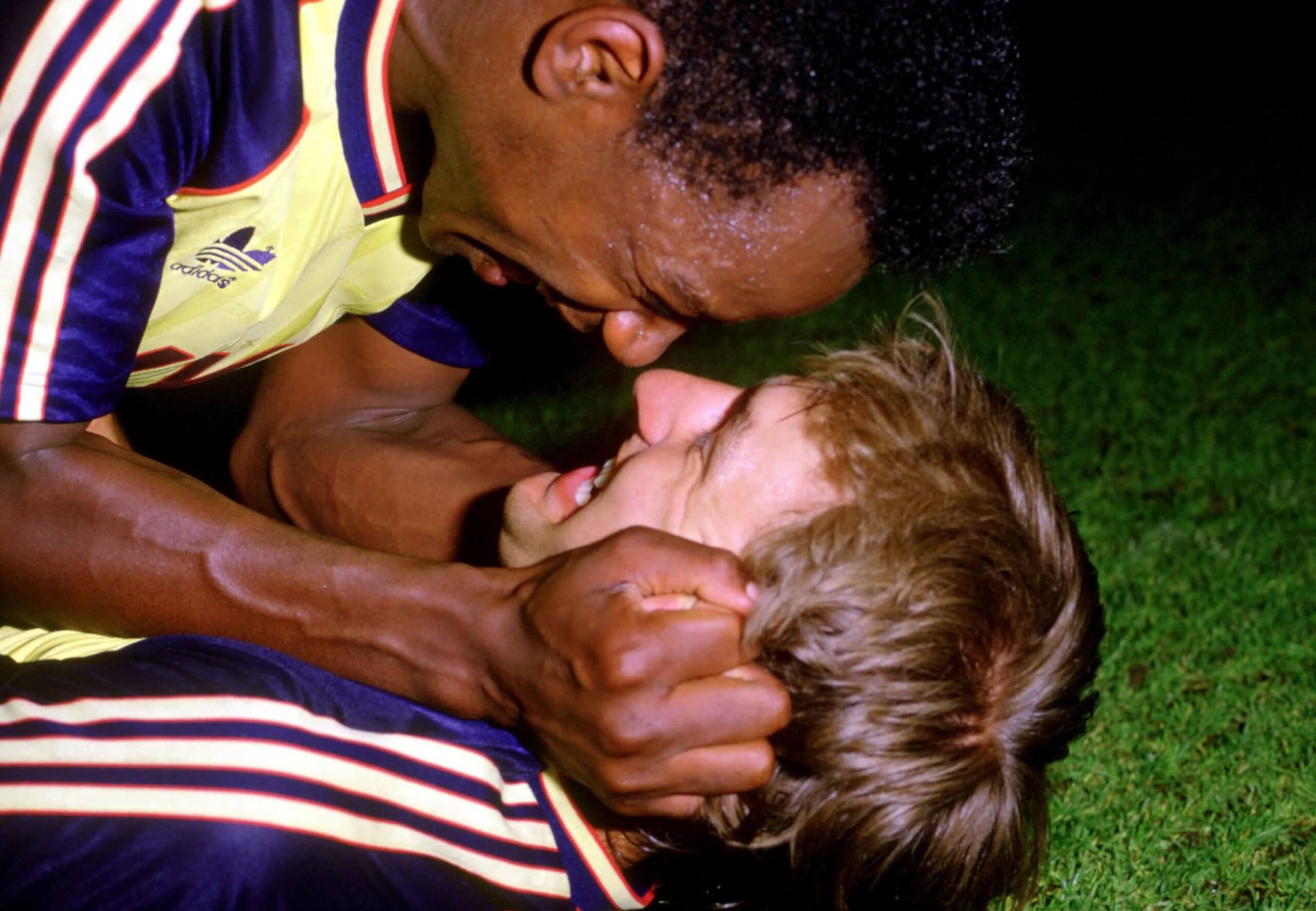 Moments later the final whistle sounded and Arsenal had done the unthinkable as the players rushed to celebrate while the Liverpool team, who had endured the most gruelling and emotionally draining season possible sank to the ground in disbelief with the Kop saluting their heroes, as well as applauding the new champions.

“I was only 16 and I jumped about like a lunatic and cried my eyes out. I never thought I would see Arsenal win the league,” Gav says.

“All my life, one FA Cup and League Cup aside, I hadn’t seen us really win anything, so I’m unashamed to say that I jumped around like a lunatic and cried!

“Unless it’s artificially manufactured where the top teams all play each other on the last game of the season, then it’ll never happen again.

“People look at what happened at Man City, but that wasn’t the top two teams.

“At 1-0, with five minutes to go, it was next goal wins, and not just the game but for the league title. So no, I don’t think it’s ever going to happen like that ever again.”

Titles may have been won in dramatic fashion since, but not directly between two opposing teams who have subsequently experienced the joy of victory and the pain of defeat right there on the same pitch, in front of an audience of millions.

And that is why Liverpool versus Arsenal on May 26th, 1989 is still the greatest finish to a title race ever.