Our man in the know marks your card ahead of a busy day of meetings on Saturday in the UK and Ireland.

There’s plenty for racing fans to get stuck into this weekend with the Irish Derby at the Curragh on Saturday and the Northumberland plate being the highlight of Newcastle’s flat season.

If that wasn’t enough, there is also a fascinating card at Newmarket, which sees a matchup between the unbeaten Thunderous and Volkan Star in the Fairway Stakes at 15:15. 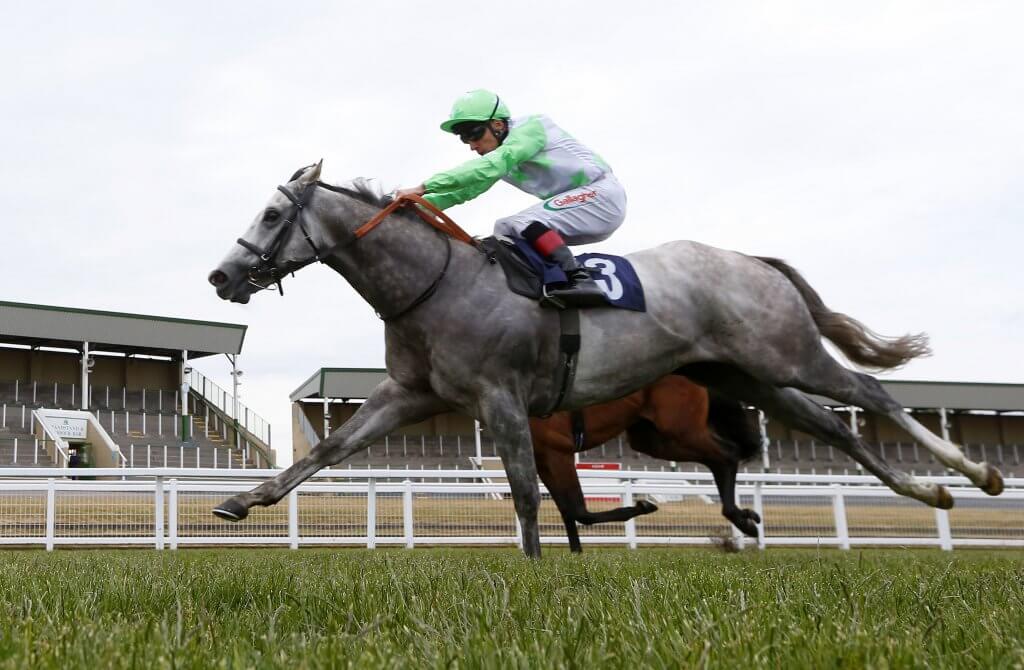 The progressive Sir Michael Stoute trained Mubakker is likely to head the market in this competitive Group 3 sprint. He was a comfortable winner here over course and distance on his seasonal reappearance and with just the 5 starts to date he should have more to come.

That win came in a class 2 handicap though and with him having to take another big step forward today at likely odds it’s worth looking for alternatives. Brando and Judicial have to be respected being the top 2 rated horses in the field.

Both have shown enough in group races last season but do have to prove their effectiveness here on the Newcastle A/W surface. One runner with no such doubts is Major Jumbo who has a form figures of 1-2 at the course.

Both those runs came a few years ago now back in handicaps but since then has been mixing it with the best sprinters around including a 2nd place finish in last season’s Duke Of York.

He posted a solid effort on his seasonal return at Newmarket finishing just behind Judicial in a group 3 sand whilst he may not come on too much for effort (has gone well fresh in the past) he looks one of the proven horses to be most suited by today’s conditions.

With 9 of the 12 runners in the line-up previous course winners this class 2 contest is likely to be tight affair. The Kevin Ryan trained Magical Spirit was an impressive winner on his return but that was a much weaker contest than this and has been hit with an 8lb rise for that victory.

Megan Nicholls takes off a handy 3lb but he has to prove himself again in a much deeper contest.  Lahore is another last-time-out runner who has strong claims despite having to prove his effectiveness here at Newcastle.

Copper Knight has a first and second-place finish in this race over the last 2 years, he was just run out of things last season by the once again opposing Fool For You.

Both look to have been primed for this event again this season but it’s the Tim Easterby trained runner who is marginally preferred to register his second victory.

Outrage is a 4 times course winner who could outrun his likely odds, his trainer is in good form but does have it to prove after returning from such a lengthy lay off.

Unbeaten in her only 2 starts to date the Ralph Beckett trained Aloe Vera looks likely to be short price to keep hold of that record. She is however returning from a lengthy absence and faces stiff opposition from some race fit opponents.

William Haggas has an excellent record here at Newcastle and his representative Nkosikazi has to be respected after a handicap victory on her return. Another stepping up from handicap company is Virgin Snow.

She posted a comfortable victory at Haydock 18 days ago and with just the 3 career starts to date looks to be on the upgrade. The 3-year-old receives a handy weight allowance from her rivals and with top course Jockey Ben Curtis in the saddle is likely to be in the mix.

The Andrew Balding trained Look Around has some solid form to her name in similar contests to this last season mainly over a mile. She showed little on her seasonal reappearance but the step up in trip looks an interesting move based on her run style and the offspring of Kingman have a good record here at Newcastle.

Andrew Balding doesn’t send many runners to the course but does have a solid record and jockey David Probert has a 25% win ratio from his limited number of rides on the a/w track.

The highlight of Newcastle`s flat season looks it’s typical wide-open event. The progressive Roger Varian trained Australis is sure to be popular, with 2 wins from 3 starts on the a/w at both Chelmsford and Wolverhampton he looks adaptable to conditions, improving and represents a trainer jockey combination both in excellent form themselves.

Talking of partnerships in form, the Royal Ascot winning combination of Alan King and Hollie Doyle are represented in another top staying event with Rainbow Dreamer. Stall 15 could make things tough but his recent effort last time here in a group 3 contest should have put him spot-on for one of the best target trainers around.

There looks little between Carnwennan and Smart Champion based on them finishing 1-2 in course and distance handicap back in February. The latter had a recent run at Royal Ascot and with that run under his belt is preferred of the pair.

Rajinsky looks an interesting runner despite being unproven over a trip this far. Trainer Tom Dascombe is in good form and the step up in trip angle is one that his trainer has had plenty of success with over the years.

Rajinsky has run well here at Newcastle before and his best effort to date was a victory at Wolverhampton over 2 furlongs shorter than today. Unexposed with just the 9 starts to date and his respectable return to action over a trip looking shorter than ideal recently should have him spot-on for this. 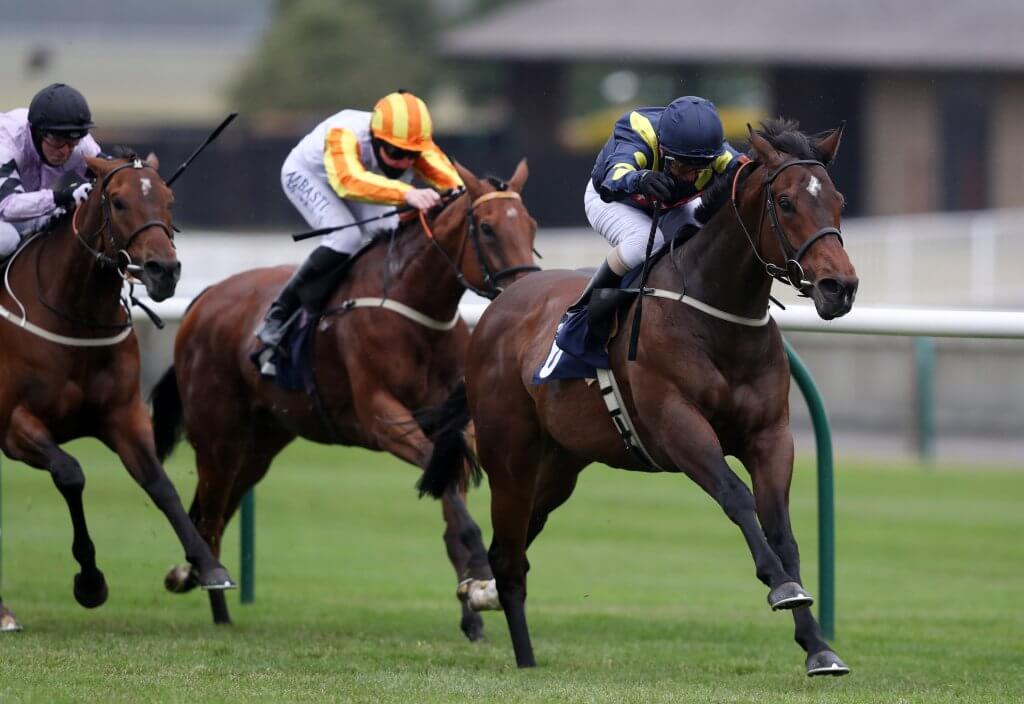 This looks a good opportunity for the Charlie Appleby trained Boccacio to maintain his unbeaten record.

The Dubawi colt is likely to end up at a higher level than this based on his high-class pedigree and form showed so far in 2 starts to date. Manigordo posted a straight forward success when making all at Sandown a couple of weeks ago but this will be tougher.

This looks all about fans favourite Limato. A winner at Group 1 level in his younger years the now 8-year-old is probably not up to that level anymore but is certainly capable of winning at this easier level like when taking this race last season.

The 5 times course winner looks the one to be with and also has a good record fresh. The Frankie Dettori ridden Vale Of Kent will be popular but has it to prove at this level.

Similar comments can be said regarding the Godolphin pair of On The Warpath and Mubtasim who both step up from handicap company. Tip Two Win nearly sprung a 50/1 shock when 2nd in the 2000 Guineas a couple of years ago and returns here on the back of nearly a year away from the track.

He has questions to answer but could be the type to out run his odds for his in-form trainer.

This looks a match up between the unbeaten Thunderous and Volkan Star. The former has yet to see defeat in 3 starts ending his 2-year-old campaign with an impressive victory in a listed race at Newbury.

His sire Night Of Thunder is having a great time of things at the moment with his offspring and this colt is expected to improve that record here and should have no issues with the extra distance. 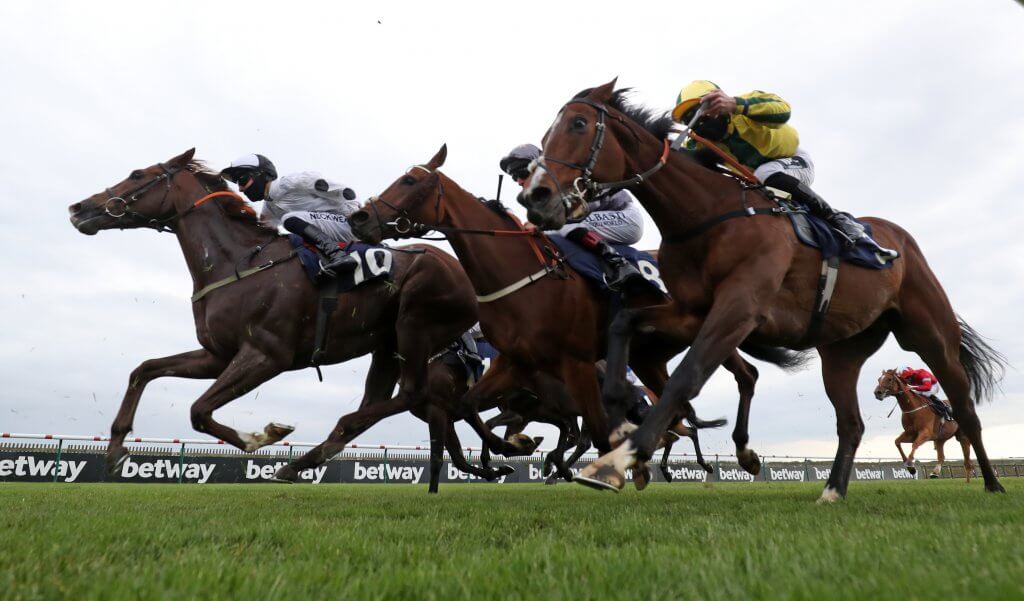 Fiscal Rules is taken to spoil the O`Brien party here despite the family represented by 10 of the 15 runners in the field. Just the 2 starts to date he was pitched in at the deep end last time out when a staying on 5th in the Irish 2000 Guineas.

With plenty of middle-distance performers in his pedigree, it’s no surprise to see him stepped up to this type of trip and the experience of last time out looks certain to bring out more improvement.

Santiago looks the one he has to beat based on his victory at Royal Ascot in the Queen’s Vase. That was over further and on more testing ground than likely today and I prefer to take him on the back of that tough effort and reappearing just 8 days on.

The Joseph O’Brien trained Crossfirehurricane is unbeaten after 4 starts and took another step forward when winning a Group 3 here on his latest start, he needs to progress again.