Our man in the know gives his picks for the televised meetings this Saturday at Musselburgh and Haydock.

The ITV cameras are in for a busy weekend with Musselburgh and Haydock Park taking centre stage on Saturday afternoon.

It’s a mix of flat and jumps action broadcast on ITV4 from 1.30-4.00pm with seven races in total.

So here’s our tipster Stefan Fellows with his selections for all the terrestrial action.

Hayadah like a few in this field will be having their first start of the season but with form figures of 1-3-1 when returning from an absence you would expect him to be fully tuned up for this.

He`s also a dual course winner and looks hit the trends of the previous winners being berthed in stall 3 and set to carry 9-7.

Stone Soldier has been seen more recently so will have that race sharpness guaranteed, he was a good winner at Southwell last time and should go well once more if translating that form back to the turf (1 from 11 turf compared to 5 from 8 on the a/w).

A field of lightly raced progressive 3 years olds. The top pair of Naamoos and Tornadic are both interesting runners but may just struggle to give weight all round to some similar types.

Mark Johnston also runs the handicap debutant Forest Falcon. He was a winner of a maiden at Yarmouth last September when last seen and is likely to have more to give this season.

Richard Fahey is another to be dual-handed here and given his record in the race both his runners warrant consideration.

Ventura Mutiny was a winner here over 7 furlongs when last seen and despite that just being a 4 runner field it`s a race that has not worked out too bad.

The one I have a marginal preference for though is stablemate Strike Red. He looked like this type of test would be needed in time when a comfortable winner over 6f at Pontefract last September and is open to plenty of improvement now switched to handicaps.

Given trainer Mick Appleby has won the last 2 renewals of the race his Caspain Prince has to be respected after showing himself to be in good form over at Meydan during the winter.

Another who has been seen running well recently is the Kevin Ryan trained sprinter Justanotherbottle.

He looked in need of his seasonal reappearance when 3rd recently but prior to that was a good winner of a competitive Catterick handicap.

He’s only rated 2lbs higher for that success and he should go close once again with the race likely to run to suit.

Alright Sunshine has had a couple of runs over hurdles recently so we know he won’t be wanting for race fitness.

The Keith Dalglish runner is 4 from 4 here at Musselburgh under both codes and has slipped down to a mark below 100 for the first time in a good while.

He ran respectably in some of the top staying handicaps last season and will find this task a little easier.

Nate The Great ended a losing run at Wolverhampton he should run well again but this is tougher back up in the weights.

King’s Advice did not have a great season last year but as a result, has dropped to a fair mark for the start of this campaign and headgear is applied. 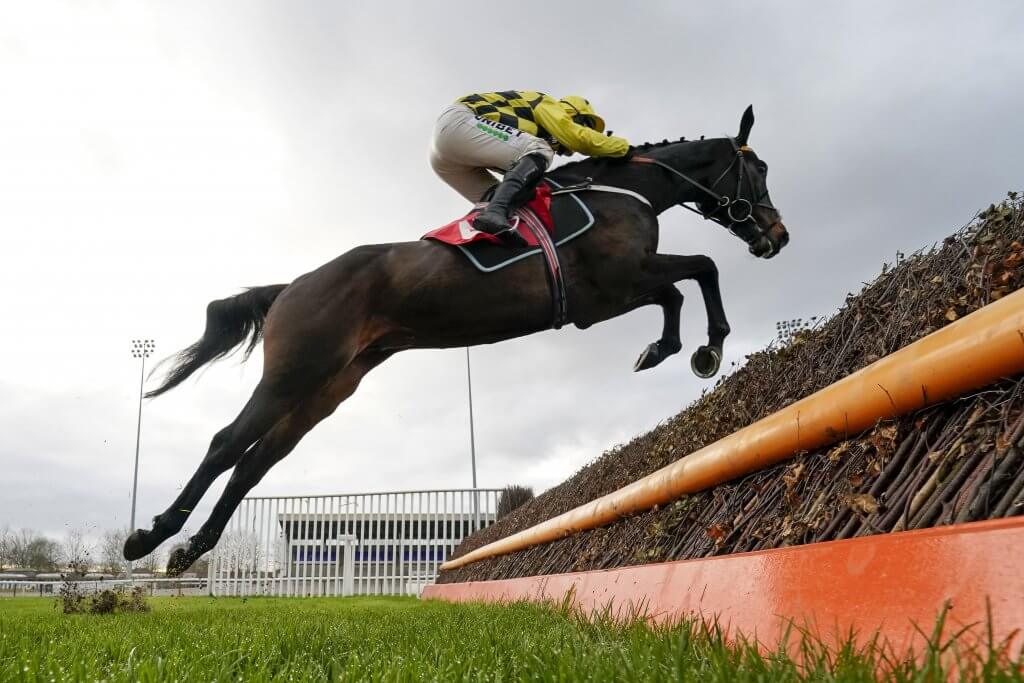 The lightly raced and progressive-looking Vision Du Puy is likely to be popular after her success at Stratford recently. She should have more to offer and should go close again for the in-form Skelton team.

Shantou Express is a dual winner over hurdles and bounced back to form when runner-up in a Wetherby handicap last month. He is 6 lb higher now though and will need to find more once again.

Dino Velvet has shown glimpses of returning to form recently and has not been beaten to far on his last 2 runs in similar handicaps to this.

Debece shaped very well when making his first run the Skelton team recently he was keen that day and if settling better today should go close.

A winner of his last 2 starts Checkitout this bold jumping front runner should go close again but this is tougher once more and has a further rise in the weights to contend with.

At bigger prices, It would not be a surprise to see Innisfree Lad be competitive once more. He’s been in good form over the last year or so and ran another solid race when third not beaten too far under testing conditions at Sandown recently.

This drier ground could just be a bit more to his liking at this type of trip and he looks over-priced given his solid recent profile.

Small Present is sure to be popular here being an unexposed progressive type. The Sue Smith yard is in good form at the moment with a 24% strike rate in the last month and another good run is likely.

Regarding Ruth was a good winner at Newbury last time, she should run her race once more but is off an 8lb higher mark and the one who appeals who finished behind her that day is Outonpatrol.

The Alan King runner shaped better than the beaten distance suggests that day and prior to that had been running consistently well in handicaps over shorter trips.

He still has scope for improvement over staying trips and if getting a better trip on this occasion should go close.