The Chanelle Pharma 1965 Chase and the Coral Hurdle are the highlights from Ascot, while a top-class field line-up for the Betfair Chase at Haydock.

It’s another top-quality day of jump racing on Saturday with the Ascot and Haydock meetings taking centre stage.

The Chanelle Pharma 1965 Chase and the Coral Hurdle are the highlights from Ascot, while a top class field line-up for the Betfair Chase at Haydock including last year’s winner Lostintranslation.

A Fiercely tough handicap, Kid Commando was a good winner after a lay off from the in-form Anthony Honeyball yard recently.

With just the 3 starts over hurdles to date, he should have more to offer and is likely not be found wanting for the 8lb rise for that success.

A bigger concern though is the likely pace to the race with him amongst plenty a handful who like to force the early pace in the line-up.

Umbrigado hasn’t been seen since finishing midfield in the martin pipe hurdle at the Cheltenham Festival however makes plenty of appeal on his run here last November.

With the addition of his jockeys 7lb claim he’s racing off a mark some 10lbs lower than when not beaten far in a much stronger handicap than this over 3 miles.

A fast run race over this type of trip could be more to his liking and he`s shown previously that he could be a horse to catch fresh. His trainer David Pipe has a good record with his runners at Haydock and is expected to add to his tally here.

The Irish trained Relegate looks an interesting runner here. He was a never nearer 5th in the Pertemps final at last season’s Cheltenham Festival and gets to race of the same mark here in this slightly less competitive race.

He had a spin-out 13 days ago over an inadequate trip and the addition of cheek pieces suggest today has always been the plan.

The main danger looks to be Imperial Alcazar who progressed into a useful novice last season and looks likely to have more to offer now stepping up to 3m for the first time on handicap debut.

The Grade 1 winning chaser Kalashinkov adds the class element for the excellent Amy Murphy yard and should not be underestimated switching back to hurdles.

A top-class renewal despite just the 5 runners with the past 2 winners of the race both in the line-up along with dual King George winner Clan Des Obeaux.

Bristol De Mai is a much better horse here at Haydock but he’s not won for a while now and would be one of the markets principals I’m least favourable on despite his excellent record here.

The same course preferences could also be said about Clan Des Obeaux but on this occasion, he looks to be on away territory from his beloved Kempton course, we also have the possibility that this could be a stepping stone to a repeat bid over the Christmas period.

With all that in mind, Lostintranslation looks the one to be with. The Colin Tizzard runner is at his best under these conditions and it`s worth noting the yard have won four of the last 7 runnings and the form of his close third in the Gold Cup last time is the best on offer.

His third in the Gold Cup means there is little between him and the Nicholls runner on ratings and he is just taken to have the edge with this likely to be seen as his main early-season target.

Rebecca Curtis has her yard in good heart and her Financial Outcome looks likely to go well here.

He can be excused his run at Wetherby last time and is better judged on his return this season when 2nd at Ffos Las behind the reopposing Kings Monarch.

Progressive novice chaser last season Fortified Bay was always likely to need his return at Carlisle recently but did show up better than his beaten margin of 58 lengths suggests.

His victory at Newcastle of a 5lb lower mark last winter suggested this type of conditions would be the requirement in time and if coming on for his initial start as expected should go close. 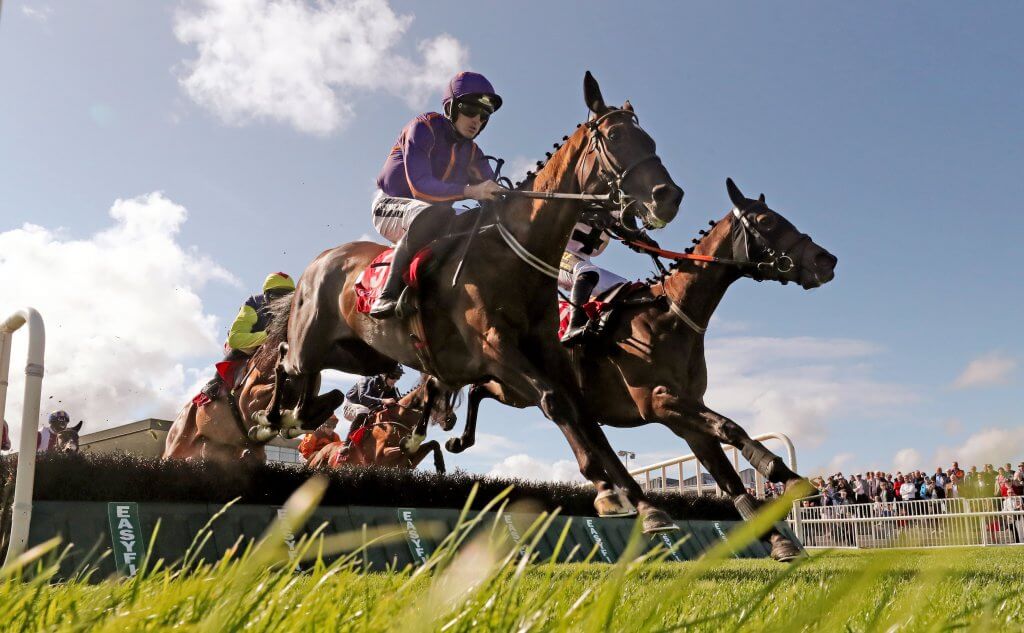 Just the small field here, but an excellent race looks likely with all 4 runners worthy of consideration.

The progressive Imperial Aura was a Cheltenham Festival winner last season and returned earlier his month with a victory at Carlisle.

The Kim Bailey yard is in good form which adds confidence for his supporters but he is up again in grade here so will need another step forward being rated 9lbs lower than his chief main opponent Real Steel.

The Paul Nicholls runner makes his debut for the yard after being switched from Willie Mullins yard and his sixth in the Gold Cup last season makes him the one to beat.

His form fresh reads 1-f-1 (likely winner when falling 2 out) so appeals as the type to catch fresh. Nicholls also runs Black Corton in the race and he receives a handy 6lbs off his stablemate.

He ran well in the Sodexo Gold Cup here last time over 3m suggesting this trip is more to his liking and should be better for that to.

Itchy Feet was one of the best novices around last season but needs to find more improvement this time around on official figures. His return last month when third in the Old Roan Chase and will enjoy conditions. 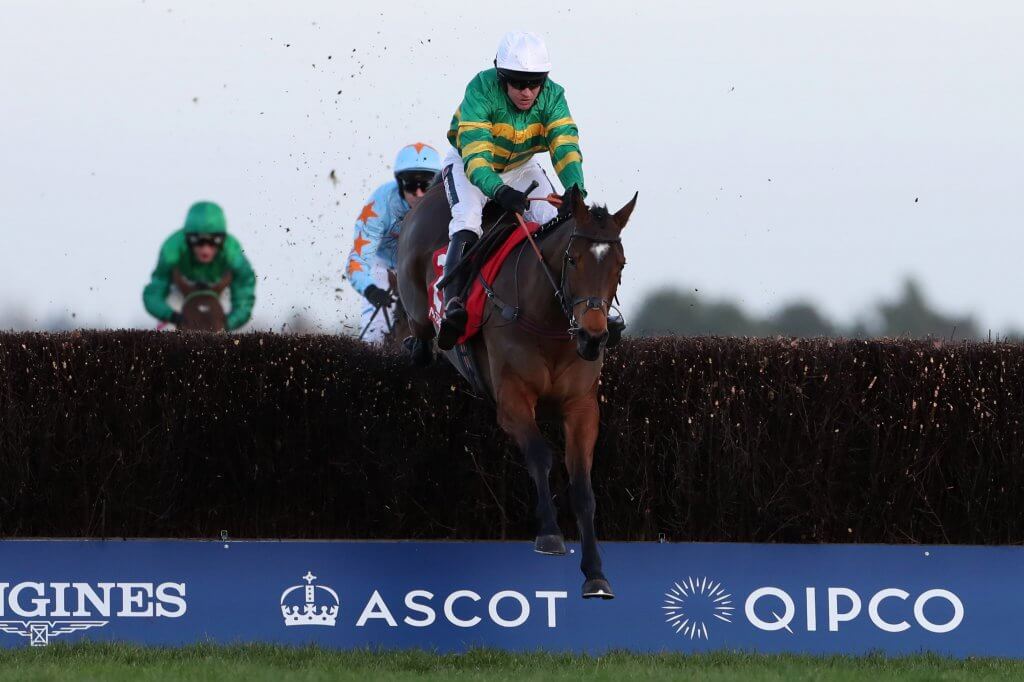 Another small select field and another Ex willie Mullins stable debutant for the Paul Nicholls yard.

Laurina has had wind surgery ahead of her first start the yard and in receipt of 13lbs from her 2 rivals makes her the one to beat.

Call Me Lord should strip fitter for his return at Aintree recently but that was a bit disappointing overall and will need to be at his best on these terms.

There could be a fair bit of pace on here with the likable old-timer Gino Trial and the progressive Kim Bailey runner First Flow enjoying getting on with things.

Add into the mix Irish raider Abbey Magic is also likely to want to have a piece of the action and we could be in for a race that sets up for something who sits of the early fractions.

The Paul Nicholls duo of Magic Saint and Capeland are most likely to be the beneficiaries but with a fast pace and softer ground likely to put added pressure on the stamina of last week’s Cheltenham winner, it’s the latter who is preferred on this occasion.

Successful in this race last season we know conditions will suit and it`s likely another success in the race has always been the early season target. Cheekpieces and the return of Harry Cobden in the saddle suggest a big run is expected. 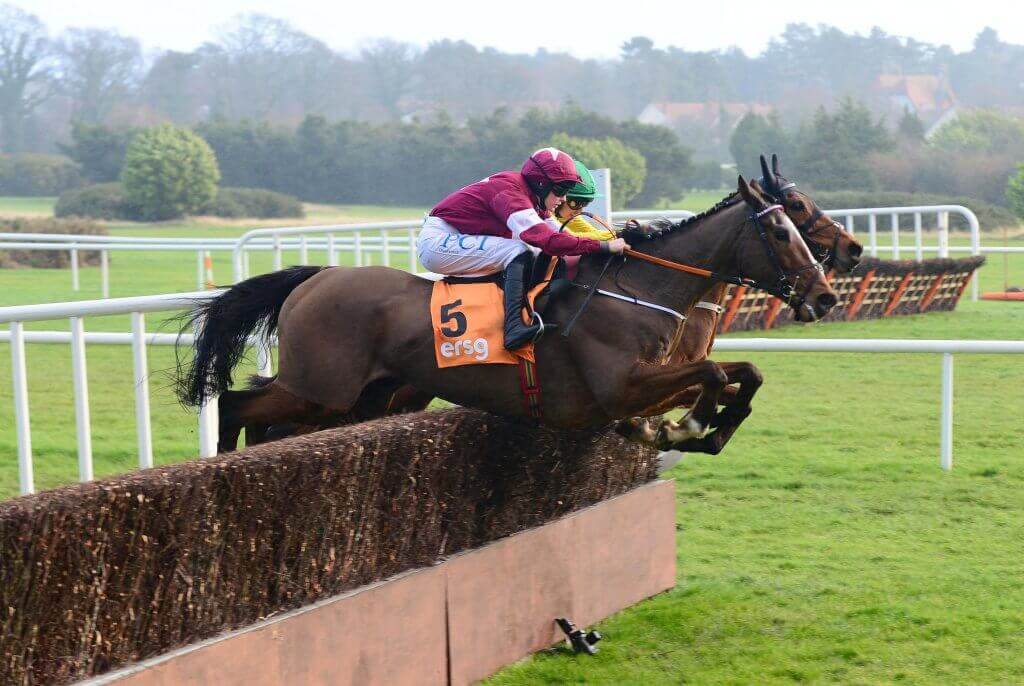 Many of the field has yet to see the racetrack in what could be a really interesting bumper. Nicky Henderson looks to hold a strong hand running both Wraysford and Hamilton’s Fantasy.

The former looks a nice type on paper being related to Call the Cops and is the choice of Nico De Boinville. However, there is likely to be little between them both and preference is for the Queen’s runner.

Being a mare she receives a handy weight allowance and with the dam being a bumper winner herself the suggestion is this daughter of Mount Nelson could be ready enough on this outing.

Kandoo Kod comes from the family of Politologue and represents top connections, he is just one of many others to consider.