It's Day 2 of the Grand National meeting from Aintree and our top tipster is back with his pick of the live televised action.

We’ve taken a look at Friday’s televised racing action ahead of Day 2 of the Grand National Meeting at Aintree.

Having tipped Abacadabras at 5/1 on Day 1 of the meeting, Stefan Fellows returns with his picks for Day 2, which features the Topham Steeplechase and the Novice’s Hurdle. 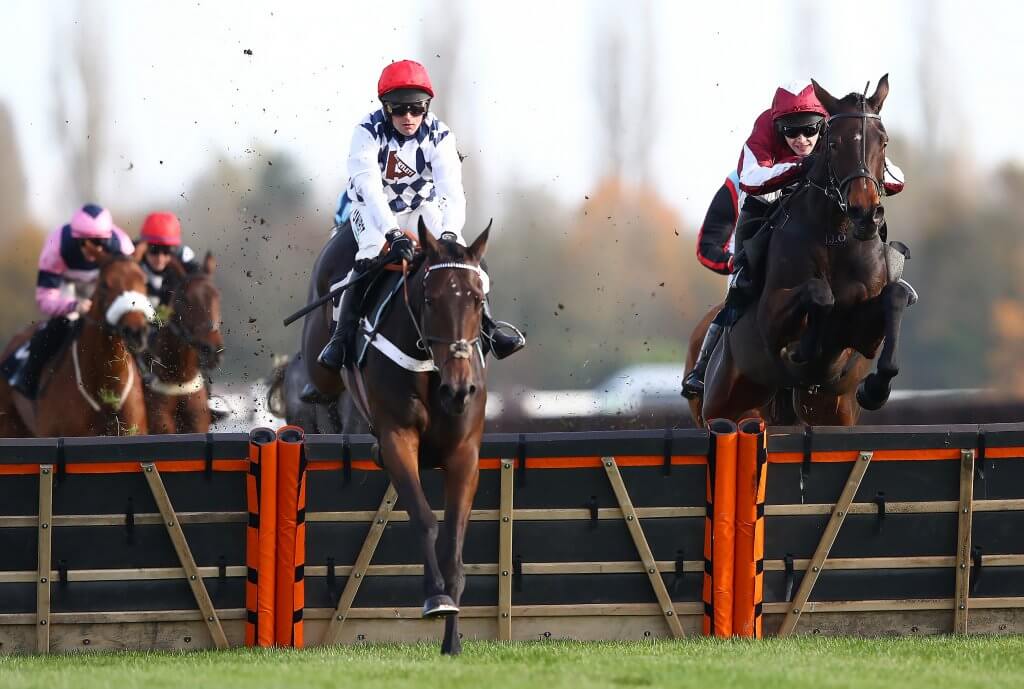 With runners from the Supreme having a strong record in the race, the claims of For Pleasure should not be underestimated.

The free-going type could just be better suited to this sharper track and if having a more high-profile trainer would likely be a bit shorter in the market.

Belfast Banter  Third Time Lucki, and Houx Gris all bring solid festival handicap form to the race. The former was successful in the Country but this is a very different ask of level weights.

Given Nicky Henderson’s record in the race in recent years his representative Dusart looks a serious player. He looked a star in the making when winning on his only start at Newbury in November.

He’s the most unexposed runner in the line-up and is the horse who you would consider to have the scope to make into a true Grade 1 performer. 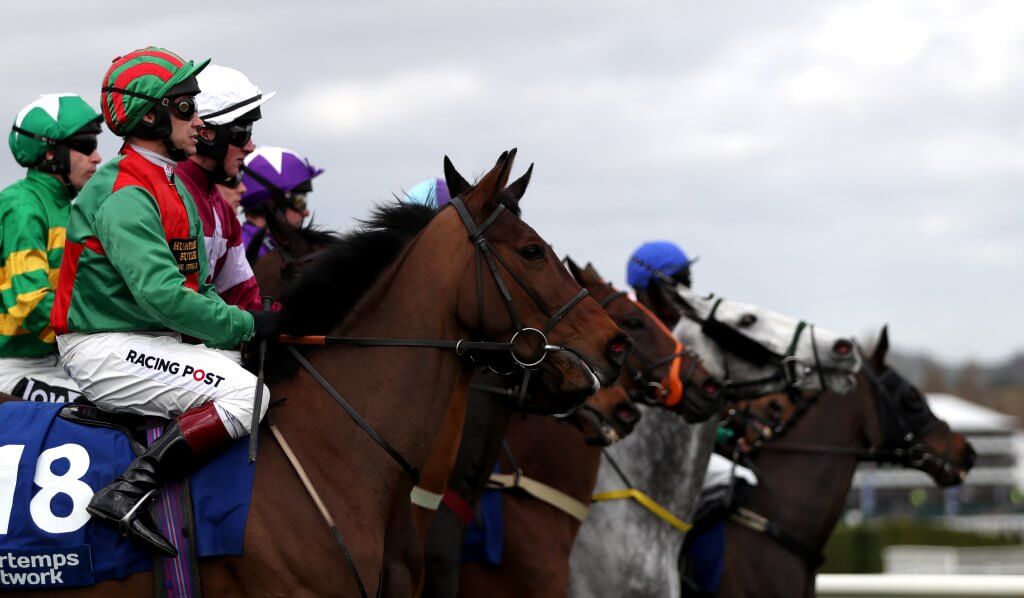 Chantry House benefited for the then-unbeaten Envoi Allen`s departure at Cheltenham in the Marsh but in the end put in a fine performance himself.

He’s improved with each run over the larger obstacles and has the potential of more improvement now stepping up to a trip which connections have always thought would suit.

Shan Blue also ran in the Marsh but paid the price for doing to much soon. He`s a keen sort and that was shown to best affect around the sharper course of Kempton when winning the Kauto Start Chase over Christmas.

Aintree should be more to his liking but I do worry about him fully seeing this trip out against some high-class novices.

Colin Tizzard is doubly represented in the shape of The Big breakaway and Fiddlerontheroof. The latter finished ahead of his stablemate in the RSA and I expect it will be more of the same this time.

He got closer than most have to Monkfish in that race and I`m happy to take him to confirm the form this time.

Previous winner Politologue has a couple of the key stats counting against his chances here but it’s worth remembering he was due to take his chance in the Champion Chase before a pre-race issue.

The now 10-year-old arrives here a relatively fresh horse and catching him fresh these days may just be the best approach with him being successful on 5 of his 6 reappearances after not seeing the course for 2 months or more.

Conditions will be ideal and his overall win record is much stronger than his main market rival. That opponent being the Joseph O`Brien trained Fakir D’Oudairies.

The gelding ran a cracker in the Ryanair behind Allaho but that was the 7th time in 10 starts that he’s now finished 2nd and that has to be a concern at today’s odds. 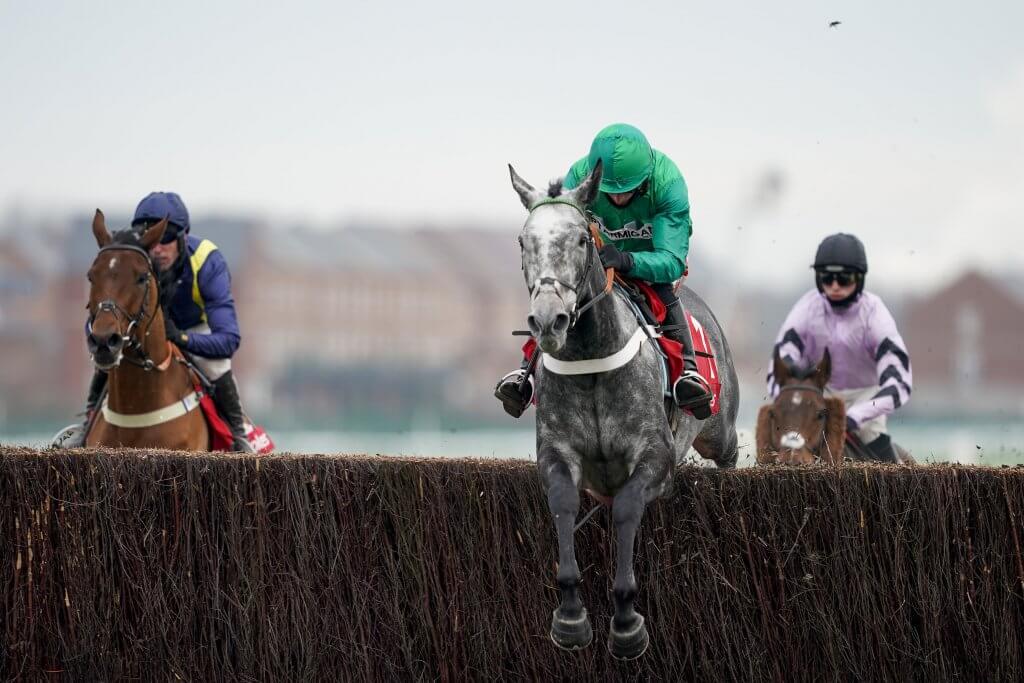 Nicky Henderson has a good record in this and looks to hold a strong hand once more. Morning Hand could bounce back to form on this quicker surface but the one I prefer of his runners is Caribean Boy.

The gelding ran a solid race when 7th in the Plate at Cheltenham giving the impression he still had more to offer when getting a race more ran to suit.

There is normally no hanging about in these races over the national fences and if taking well to them he looks set to go very close.

Livelovelaugh has previous experience of these fences having finished midfield in the 2019 Grand National.

This shorter trip is more within his range. Ibleo ran a good race to finish third in the Grand Annual, he`s unproven over this trip but the handicapper may not fully have his measure yet.

The Paul Nicholls Bravemansgame looks to set the standard here based on his 3rd place finish to Bob Olinger in the Ballymore at Cheltenham.

He has further potential over this trip but will need to see the trip out fully with plenty of strong stayers in the lineup.

Oscars Elite finished ahead of Street of Doyen when the pair faced each other in the Albert Bartlett.

Plenty of others in the lineup reoppose form that race but the one who I fancy to reverse the form is the Irish horse.

He’s been hugely progressive this season winning on 4 occasions and still has more to offer now connections add the tongue tie for the first time.

Selection: Streets Of Doyen (Each Way)