It's the first day of the Grand National Festival on Thursday and Stefan Fellows has gone through the Aintree card with a fine toothcomb.

The feature race on the first day of the Randox Grand National meeting sees Tiger Roll return to Aintree.

The two-time Grand National winner has achieved plenty in his glittering career but a Grade One triumph over fences is not one of them, so will that change on Thursday?

Our top tipster Stefan Fellows has cast his eye over the key races on the opening day and gives his usual blend of analysis and opinion – not to mention his all important picks. 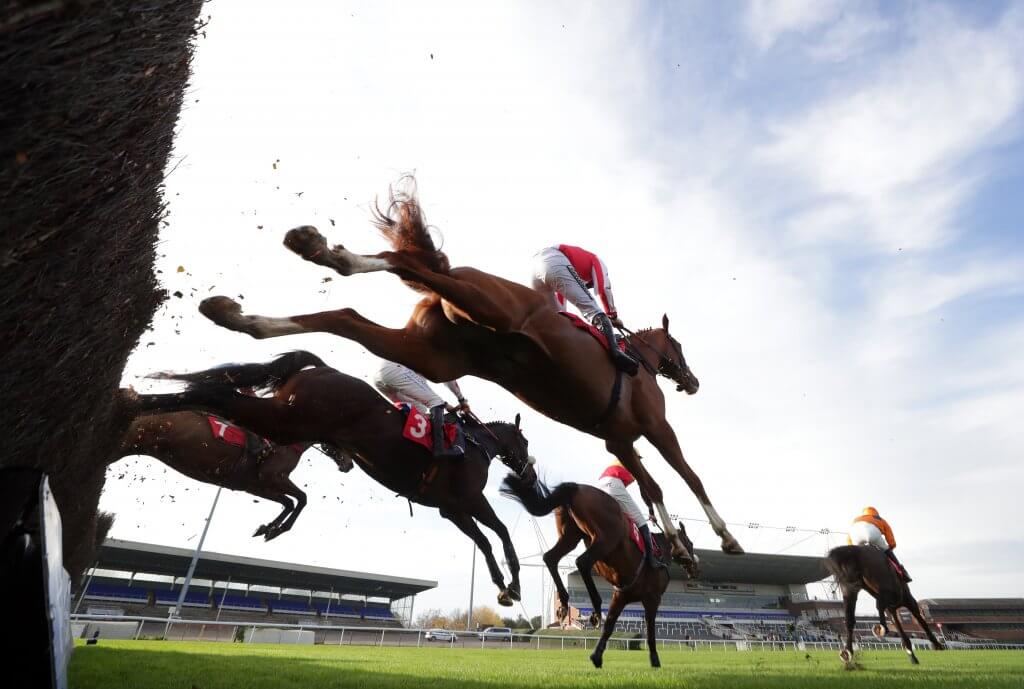 Paul Nicholls looks to have strong claims of maintaining his good record in the race with likely favourite Monmiral.

Unbeaten in 4 starts he was once again an impressive winner when readily winning at Haydock and has been kept fresh for this meeting after missing Cheltenham.

His main competition looks to be in the shape of the triumph hurdle 2nd Adagio. The David Pipe runner was a grade 1 winner at Chepstow in January prior and his form has stronger feel to it that his main market rival, so is preferred at the likely odds.

A really interesting renewal of the Bowl with the headline act being dual Grand National winner Tiger Roll taking his chances.

The now 11-year-old showed he was in great heart recently with a runaway success in the Cross Country Chase for the third time. He certainly deserves to take his chance at this level but may just be vulnerable against a couple in the line-up.

Paul Nicholls has made no secret of the fact he was likely to target more horses at Aintree this season and another to bypass Cheltenham with an eye on the other major spring festival is Clan Des Obeaux.

He’s run consistently well this season including another solid effort in the King George when finishing third. Cheekpieces go on for the first time and he looks the one to beat.

Waiting Patiently finished 2nd in this seasons King George and a reproduction of that effort would suggest he is the value pick here.

He found things happening a little to quickly for him when dropped back to 2 miles on his latest start but the combination of this trip, on a flat track with spring ground is likely to prove ideal.

It’s also worth noting his excellent record fresh where he`s never finished out the places when completing after a lay off. 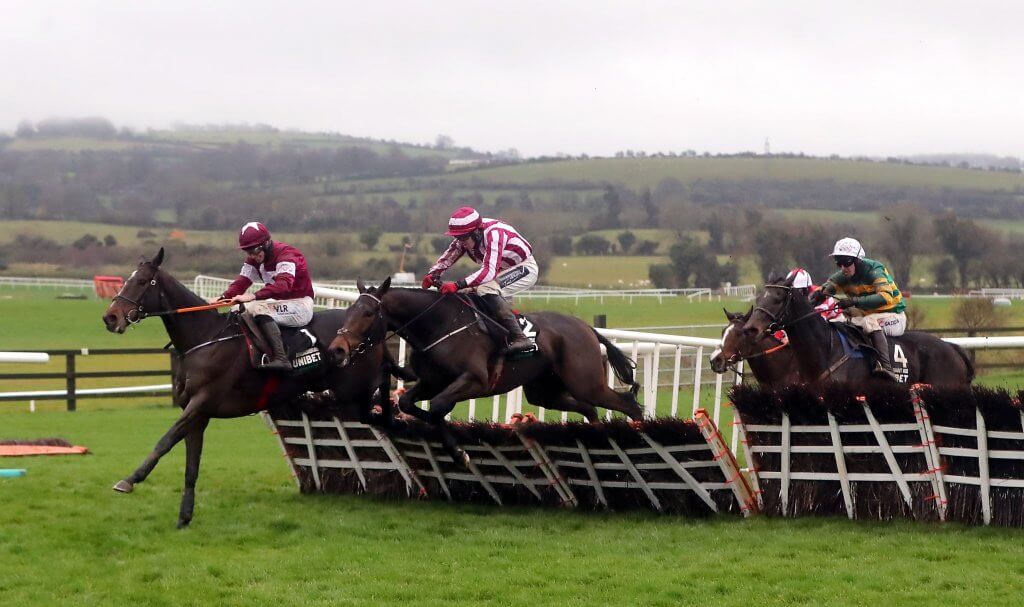 Abacadabras fell at the third in this season’s Champion hurdle so will need to bounce back from that but at least did not have a tough race and is reported to be none the worse for that mishap.

He’s potentially the classiest horse in this line up by some way with 2-time Champion Hurdle winner Buveur D`air looking past his best.

The good ground will be in his favour and looks interesting stepped up in trip now given underfoot conditions on a sharper track.

He can be somewhat of frustrating character but this strong traveller looks interesting on this flat track and it’s expected that Jack Kennedy will have plenty of time to produce the horse at the right time on this long straight.

Brewin`upastorm and Mcfabulous finished 1st and 2nd in the National Spirt hurdle last time and there is likely to be little between the pair once again.

At much bigger odds Not So Sleepy did not run to badly when finishing 5th in the Champion Hurdle, the step up in trip should suit and would be the one for each way support. 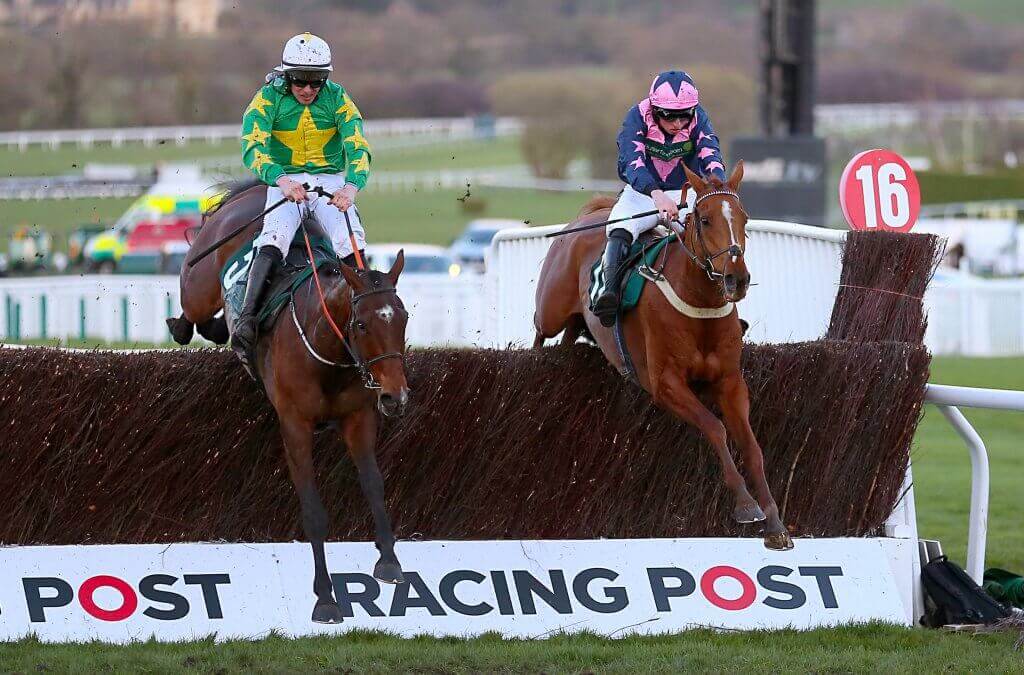 Irish raider Billaway is likely to prove popular on the back of his 2nd place finish at the Cheltenham Festival.

Conditions look ideal and he could prove a class above here, however there is a small worry about his jumping and without having experience of this unique test I`d be happy to take on at likely odds.

Paul Nicholls looks to hold strong claims with his pair Cat Tiger and Sametegal. The former is a likable progressive type; however, he lacks the experience of his stablemate.

The now 12-year-old Sametegal hits a lot of the key profiles for past winners of this race and is fancied to bounce back for a slightly below par effort last time. He’s proven here at Aintree and has experience over the fences which will count for plenty. 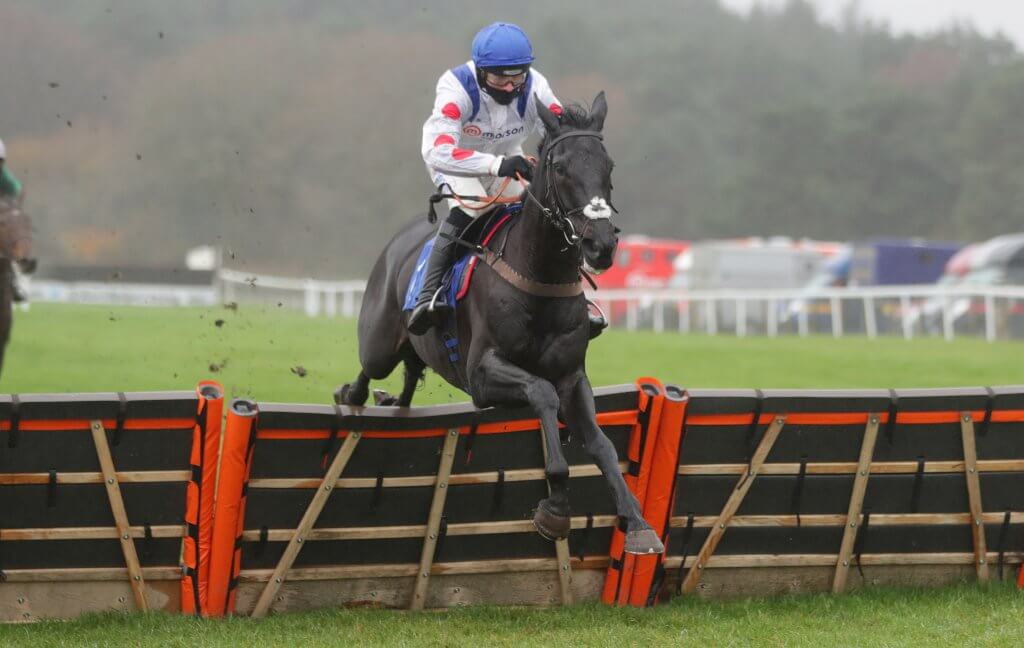 Geteaway Trump is another strong contender for the Paul Nicholls team.

He’s a classy type who will be suited by a sharp 2 miles however most of his wins have come in small fields and has now easy task giving weight all round.

Novice Grey Diamond looks to have improved for the switch fences for Sam Thomas team. He has the potential of more to come and should go well despite a rise in the weights for his recent success at Sandown when beating the re-opposing Dostal Phil.

Editeur Du Gite is another progressive novice who should have more to offer for the Gary Moore team. He looked to appreciate the better ground when winning at Newbury last time.

Destrier is to well handicapped on his best form to ignore for the in-form Skelton team, he has run well here previously and will appreciate this better ground.