There are big meetings in both the UK and Ireland on Sunday and our top tipster has cast his eye over the runners and riders.

The high-class racing action continues on Sunday with a couple of Group 3 races at Ascot and the Group 1 Gold Cup over in Ireland at the Curragh. 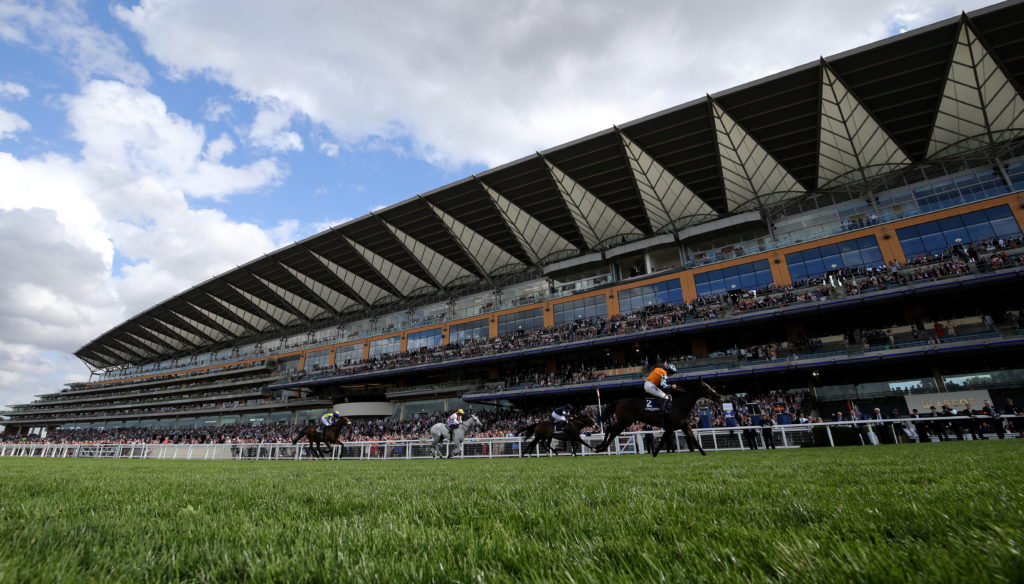 The selection has run consistently well in 3 starts so far this season including a second-place finish in a competitive handicap here last time out off the same mark. Magic J and Konchek finished 1-2 last time up at Sandown.

The latter is expected to reverse the form today on better terms and the Clive Cox runner looks the main danger to the pick. Unbeaten in 2 starts to date Bomb Proof is still very much unexposed but does step up into decent handicap company of a high enough rating.

Dal Horrisgle is expected to come on plenty for his first start of season recently when keen early before staying on the one-paced.

The step back up to 1m 4f will suit and having being dropped 4lbs since that run a mark off 98 looks to be fair based on his best efforts last season including when not being beaten that far in a group 3 at Goodwood.

William Haggas holds a strong hand to the race and also runs Country who looks to be the main danger. The progressive 4-year-old was a comfortable winner last time out and would not mind any easing of underfoot conditions.

Sam Cooke is another lightly raced type for the Ralph Beckett yard who also has to be worthy of consideration.

Top-rated Billesdon Brook would be a popular winner here and arrives in good heart after a solid effort last time in the Group 1 Falmouth Stakes.

She is the most likely winner on these terms but although his form here at Ascot previously have come in better races than this, she has failed to sparkle her 2 career starts at the course.

Agincourt is next best on the ratings and her effort when just denied by head here at the Royal meeting puts her in with leading claims if able to reproduce that run. The other filly towards the front of the market is the unbeaten William Haggas trained Miss O Connor.

All her victories including a group 3 in France when last seen have come with soft underfoot conditions and with rain in the forecast for Saturday she could again find conditions to her liking.

Trainer David Loughane runs two here with Santosha the preferred option of the pair. A winner on debut she stepped up last time out to finish a close third behind previous Royal Ascot winner Dandalla in a Group 2 at Newmarket.

That looks to be the leading form on ratings and a reproduction of that effort will see her go very close. Hala Hala Hala was slightly disappointing in the same Newmarket race but she can easily be excused that effort and looked a nice type on debut.

More Beautiful could only manage a midfield finish when a short price favourite for the Queen Mary at Royal Ascot. An impressive winner on debut it longs an interesting move for connections to return to the Berkshire track and the step up in trip to 6 furlongs should be more in her favour and back in slightly calmer waters she is expected to take all the beating.

A competitive looking handicap, the lightly raced Dancing Vega returns to his previous trainer Ralph Beckett having made little impact in America on a couple of occasions.

A hood goes on for the first time and looks interesting. Presidential rarely runs a bad race and put in his usual solid display last time up in a similar race to this at Newmarket recently, he looks to hold solid claims under suitable conditions from the same mark.

Firmament loves York with 2 victories to his name at the course and only finishing out the places once from 9 starts here. That unplaced effort was last time out but he did not have the clearest of runs that day.

He has been eased a further 2lbs for that effort and that along with this drop to an easier grade could just be enough to see him get his head in front yet again.

Frankie Dettori looks an eye-catching booking for Jonah Jones, lightly raced compared to most in this field he posted his best career effort last time out in competitive Ascot handicap.

That was over a furlong shorter and the step up to 6f looks more suitable for the previous course and distance winner.

Gunmetal struggled in a big field handicap at the Curragh recently but gets to run of a mark in the 80s for the first time for some time and has shown enough promise previously to suggest he could be ready to strike again soon.

Recent Doncaster winner Wentworth Falls and the Richard Fahey trained George Bowen are others to consider in an open looking handicap.

This looks a good opportunity for Franconia to follow up her Listed success recently at Newbury and that form has been confirmed since with the second going on to win a listed event next time. She was a comfortable winner that day and will be tough to beat for John Gosden and Frankie Dettori here.

It’s hard to look past likely short price favourite Magical. The Aidan O Brien trained runner is well clear of his rivals on ratings and showed himself in top form with a course and distance victory on his reappearance this season.

Armory was no match for Siskin in the Irish 2000 Guineas on his only start this season but did stay on with promise that day. The way he finished his race that day suggested this trip would be worth a try and the Galileo colt is taken to give his trainer an 1-2 in the race.