Brian Clough managed Derby County and Leeds United, but as Matthew Crist explains, he didn't have have it all his own way.

When Brian Clough arrived at Elland Road in the summer of 1974 his stock couldn’t have been higher, having taken Derby County to the summit of English football – by the time he left 44 days later his reputation was in tatters.

Clough rocked up at the old Baseball Ground in the summer of 1967, along with trusted right-hand-man Peter Taylor, after Derby had finished 17thin the old Second Division.

Having not tasted success since winning the FA Cup in 1946, the club had been stuck in the second-tier of English football for a decade with little evidence that was going to change anytime soon.

In fact, in Clough’s first season in charge the club finished one place lower than in the previous campaign. However, he was building for a period of success that nobody could have ever foreseen for what, at the time, were regarded as perennial under performers.

By signing the likes of Roy McFarland, John O’Hare, John McGovern and Alan Hinton, Clough created a spine to his team that had been lacking for some years which would be pivotal as the Rams gained promotion to Division One in 1969. 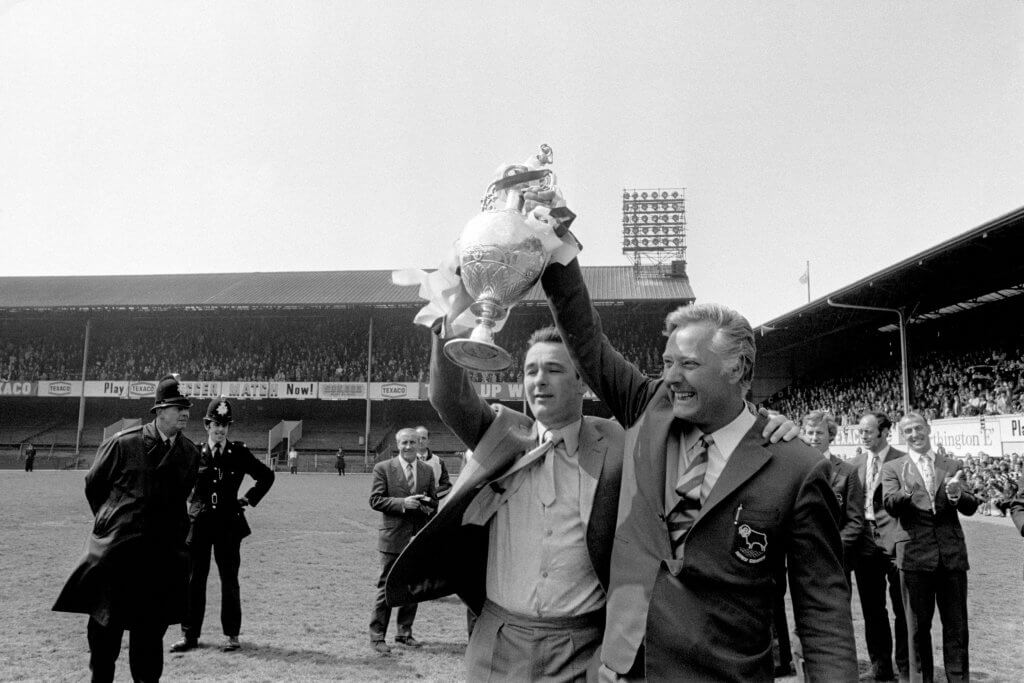 In Derby’s first season back in the top-flight they would finish fourth, their highest position for over 20 years, followed by a slightly more realistic ninth spot, though even that could not prepare the club and their long-suffering fans for what was to follow.

After an epic four-way battle with Liverpool, Leeds and Manchester City throughout the 1974/75 season, Derby found themselves top of the table having played all of their games as Clough, in characteristic fashion, headed off on holiday to let their rivals fight-it-out amongst themselves.

While he was sunning himself in the Scilly Isles a defeat for Leeds at the hands of Wolves and a home draw by Liverpool ensured Derby County were champions for the first time in their history, completing one of the most incredible transformations in English football.

If that wasn’t enough, the following campaign they reached the semi-finals of the European Cup, only to be knocked out by Italian Champions Juventus in a bad-tempered affair which led to Clough telling reporters after the game: “No cheating bastards do I talk to. I will not talk to any cheating bastards;” before questioning the Italian nation’s courage in the Second World War.

But his loose tongue and cavalier attitude didn’t just make enemies of his opponents, and it wasn’t long before a row between he and Derby Chairman Sam Longson would see “Old big ‘ead” resign from his position and despite protests from players and fans alike he and Taylor would leave the club under a cloud.

After a brief and rather disappointing spell in charge of Third Division Brighton, Clough was back in the big time when Leeds United acquired his services following the departure of legendary boss Don Revie, a man who he had criticised openly on many occasions in the past. 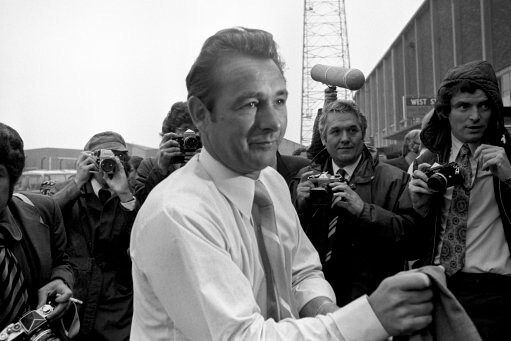 Clough had famously described Leeds as: “The dirtiest, most cynical team in the league,” before replacing Revie, who was still worshipped in the city for his years at the helm that had seen Leeds win two league titles, the FA Cup and League Cup; an opinion that didn’t exactly endear him to the locals.

The situation wasn’t helped when he was introduced to his Leeds players and told them: “The first thing you can do for me is throw your medals in the bin because you’ve never won anything fairly; you’ve done it by cheating;” but it was Leeds’ somewhat disastrous start to the 1974-75 league campaign that would ultimately seal his fate.

Without the loyal Taylor by his side and having lost his first game in charge – a somewhat violent Charity Shield encounter against Liverpool at Wembley – things went from bad to worse for the new Leeds boss in terms of their league form.

They won just once in their opening six games and took only four points from a possible 12 as Leeds found themselves 19th in the table having endured their worst start to a season in 15 years.

Further defeats against Stoke, QPR and Manchester City proved too much for the Leeds faithful, who had been so used to success under Revie and had quickly become frustrated with their new manager’s approach.

So, on September 12, 1974, following a home draw with Luton Town, Brian Clough was sacked by Leeds United after just 44 days, the ultimate embarrassment for one of the most outspoken and confident managers in the game.

Clough would go on to lead Second Division Nottingham Forest to the English First Division title and back-to-back European Cups in just five-years, in what many believe was his greatest achievement in the game; but his spells at Derby County and Leeds United probably best epitomized the very different sides of one of the most talked-about and revered managers ever.

Derby County: Hope at last for the Rams.

Derby County: “Many of us never thought this day would come.”

Leeds United: “Marcelo meant a huge amount to the club, the fans and the city.”