Hat-trick Heroes: How a European threepeat set the benchmark for Bayern

The last time the champions of Germany met the Champions of France in a European Cup final it proved to be a pivotal night in the Bavarian club's history.

When Bayern Munich beat St Ettienne at Hampden Park on May 12, 1976, they secured Europe’s biggest club title for the third time in a row and became one of only four sides in the history of the tournament to do so.

Bayern’s golden age had been initiated by coach Udo Lattek, who had joined the club in 1970 as the club took a huge step towards becoming a European superpower.

Favouring an attack-minded philosophy that saw his side score a record 101 goals in the 1971/72 Bundesliga season, Lattek quickly became popular with both fans and players.

In fact, legendary ‘keeper Sepp Maier once said of him: “He was like a 12th man, I never thought of him as a coach, he was a mate.”

Franz Beckenbauer was the figurehead of that great Bayern team, but he was just one of a big cast of stars including; Gerd Muller, Sepp Maier and Paul Breitner. 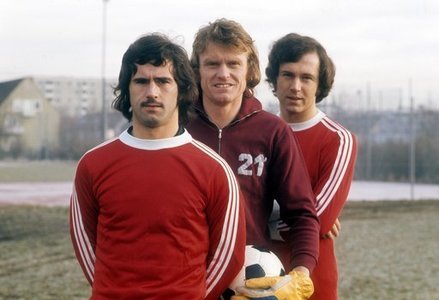 That group helped deliver the club’s first era of domestic dominance as they won four Bundesliga titles between 1970 and 1980 while they also set about making the European Cup their own.

“We had players who had experience at World Cups and European Championships, as well as young guys like Hoeness and Breitner,” Beckenbauer later explained.

“Our era was relatively short, but we took full advantage of our qualities to win three titles in a row in the Bundesliga and the European Cup.”

The first German side to lift the European Champion Clubs’ Cup in 1974 after a 4-0 replay win against Atlético Madrid, Bayern had already written their name into the history books, but there was plenty more to come.

Even the departure of Coach Lattek after a poor start to the 1974/75 season couldn’t halt their progress as his replacement, Dettmar Cramer, made defensive stability a priority. 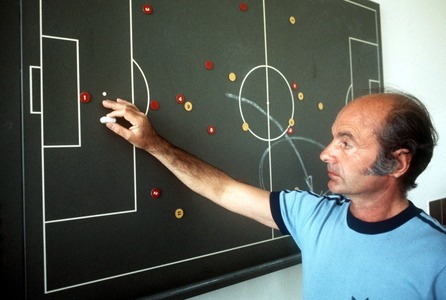 His revolutionary 1-3-3-3 system not only bolstered the midfield, it also brought about the evolution of the ‘libero’ or Sweeper, which gave Beckenbauer the freedom to get involved in attacking play at will as well as adding extra rigidity to the backline.

A year later Bayern would defend their title in a controversial and bad-tempered encounter with Leeds United and when they reached the final for a third time 12-months later immortality was within their grasp.

Only the great Real Madrid side of Di Stéfano and Puskás in the 1950s, along with Johan Cruyff’s Ajax side just a few years before, had won Europe’s elite club competition three years in a row and now Bayern had the chance to join them at the top table.

Standing in their way were French Champions St Ettienne who had won seven Ligue 1 titles in the previous 10 seasons, not to mention four French cups.

St. Etienne made life difficult for the Bavarians at a rainy Hampden Park and had the better of the chances in a largely even encounter, hitting the crossbar twice in the early exchanges.

But Bayern rallied in the second half and had the momentum in the match and when Gerd Müller won a free-kick in a promising position in the 57th minute. 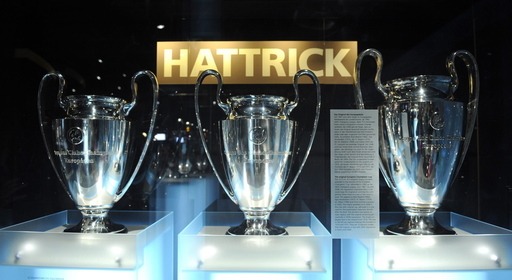 And as Franz Beckenbauer tapped the ball to Franz Roth, “The Bull” as he was known, blasted his shot past the helpless goalkeeper to put Bayern 1-0 up.

“If the goalkeeper had gotten his fingers to the ball, they’d have ended up in the net too – I had enough power,” Roth later recalled.

It was the crowning moment of what is arguably the most successful decade in the club’s history to date and with a UEFA ruling stating that a club was allowed to keep the trophy permanently after three successive cup wins – “Ol’ Big Ears” moved into its new home in the Bayern trophy cabinet.

That win served as the closing chapter of an era of dominance no European team had been able to match for 40 years, when Zinedine Zidane’s Real Madrid finally emulated the achievement by winning three-in-a-row in 2017 and went one better a year later.

However, it was also a victory which set the standard for all Bayern Munich teams since who all strive to reach the astronomic heights of those who went before them.