Saturday's fixture at the Vitality Stadium is bound to stir memories of 1984; the year of the miners' strike, the first Apple Mac, Band Aid and Ghostbusters...

Bournemouth’s victory over Manchester United in January of 1984 is still regarded as one of the greatest upsets in English football as the then FA Cup holders were sent packing at the very first hurdle on the south coast.

The Cherries were struggling near the foot of the old Third Division table with rookie manager Harry Redknapp at the helm when they were drawn to face the Reds in the Third Round of that season’s competition.

Meanwhile, Manchester United arrived at Bournemouth’s old Dean Court ground boasting no less than eight of the side that had defeated Brighton at Wembley eight months previously in their ranks.

But despite the gulf in class it was the home team who started the brighter and took the game to their opponents, whose side had been assembled for an eye-watering £5 million, a huge amount at the time.

So when Bournemouth found the net, not once but twice, in an scintillating couple of minutes through Milton Graham and Ian Thompson, who had only signed professional terms that season aged 25, a genuine upset was on the cards.

“I tell everyone it was 20 yards, but it was two yards really,” admitted Graham years afterwards. “It came in from a corner. Gary Bailey came to catch it and just flapped at it really and it landed perfectly for me and I volleyed it in. I tried to run off and celebrate but fell over and they all jumped on top of me.” 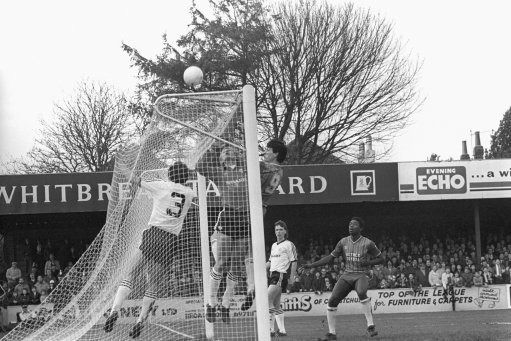 United’s superstars tried to mount a recovery in the closing stages but their third-tier opponents were more than a match for their better known opponents, defending valiantly and throwing their bodies on the line for the cause.

Their fans even tried to intervene with a pitch invasion to get the game abandoned but to no avail and the score remained 2-0 at the final whistle.

In his autobiography some years later Redknapp claimed that his Bournemouth side had; “raised their game having been inspired by the occasion, and played better than they had done all season,” but maybe the victory can be put down to a little psychological warfare on the part of their manager?

Redknapp apparently told his side prior to kick off that he had seen the United players watching the horse racing in the lounge half an hour before the game, claiming that that they were not taking their opponents seriously; something which has since been disputed by some of United’s players.

Even so, his words had the desired effect and fired-up the Bournemouth players, most of whom headed into town to embark on the biggest party anyone had seen in the area for many years.

Arriving at a local nightclub to continue the celebrations Redknapp’s men were amazed to find they couldn’t gain entry due to the fact that, “all the Bournemouth players were inside enjoying free drinks.”

Obviously the temptation to impersonate some of the players who had just claimed the scalp of one of the biggest teams in the land proved too much for some Bournemouth fans. 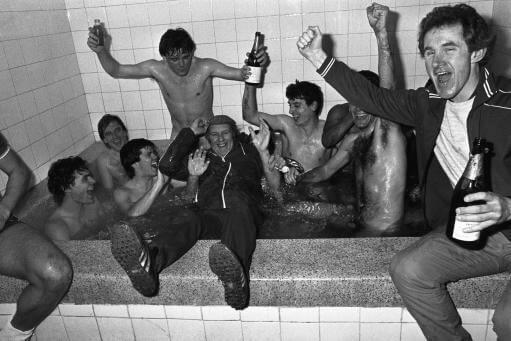 Bournemouth: “It would take a car crash for us not to get a top-two finish.”