A Military Tribute at The Greenbrier: New Season Begins in West Virginia

After the briefest of breaks the golf season returns once again and David Kristiansen is here to mark your card ahead of another long tour.

After just two weeks off, the PGA Tour returns for its 2019/20 season and the first stop takes the players to West Virginia and The Old White TPC course.

As expected, the field mostly consists of newly graduated Korn Ferry Tour guys and those looking to get a head start on the more accomplished names heading into the new season with Bryson Dechambeau the only player that ranks in the top 20 in the world teeing it up this week.

The Old White is a classical golf course dating back over 100 years and located 2000 feet above sea level that testes every portion of the players’ game.

It’s a par 70 so only two par 5s and with six of the par 4s located in the 400-450-yard range meaning it suits just about anyone’s game, though the longer guys will still have an advantage being able to club down of the tee on some of the shorter holes.

The fairways are a little wider than average and with the shorter holes you would think that missing them wouldn’t be a big deal, but since the restoration after the flood a couple of years ago the greens have played very firm and fast so accuracy off the tee will definitely play a part.

We will see plenty of approaches from 125-150- and 150-175-yard ranges so having a good short iron/wedge game combined with a hot putter seems like the easiest path to victory for me.

The winning score usually falls around the -15 mark, but we have seen many 62s and 61s around here in the last years so being capable of wracking up birdies in bunches certainly comes in handy around here.

Here are some of the things I will be looking for: 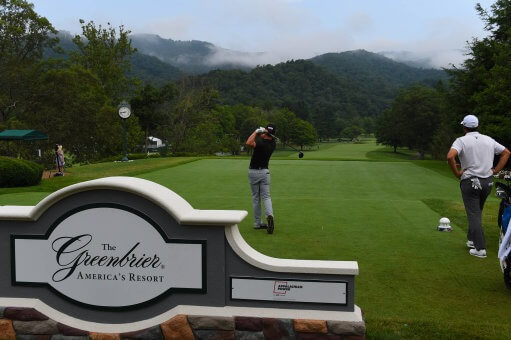 Last season was an up and down affair for the eccentric American starting off in good fashion by winning at the Shriners in November, before loosing his form between March and June.

Just when he looked to have found his game again with a second please finish at The 3M Open at the start of July he got wrapped up in the slow play controversy and never really seemed to get it together before the Tour Championship where he played nicely finishing the season in a tie for 12th.

Sometimes it’s best to not overthink it, Bryson is just plain and simple the class of the field and its not even close. This is a guy that has won five times on tour over the last three seasons, had a respectable T14 in his only start at this course and in my opinion should be priced in the single digits against this week of a field.

The Georgia born player that looks older than he is (he`s just 32!) cause of his fading hairline had a tough start to the season and looked to miss the playoffs for the first time in his career, but three top 10s in his last six regular season starts saw him just squeak in.

This is the type of course that should suit him ranking in the top 20 in the field in birdies or better gained, fairways gained, par 4s 400-450, strokes gained around the green and bentgrass putting.

He should be motivated to bounce back from what all in all was a disappointing last season and look to add to his two victories on the PGA Tour.

Viktor Hovland has been getting all the attention and rightly so after some impressive performances both in majors and regular PGA events and consequentially is second favourite week at 18.00.*

But he is not the only Norwegian making his debut as a full PGA Tour member this week. Like Hovland and Matthew Wolff Ventura is a former Oklahoma State graduate and while the other two probably are bigger talents and has gotten a lot more hype Ventura has proved that he shouldn’t be ruled out especially when it comes to closing.

After trying and mostly failing to Monday qualify into Korn Ferry events for the first half of last season, he got a sponsor invite in June and repaid the faith in him with a T3. He then went on to win two times before the season was over. At ten times the odds as his countryman he is an easy value play for me this week.