Glenn Roeder: A stylish defender ahead of his time

As a player, Roeder was one of the first defenders to try and play the ball out from the back at a time when, more-often-than-not, defenders were launching the ball into the stand at any given opportunity.

In an era when little more was expected of defenders than simply stopping their opponent, Glen Roeder was a breath of fresh air, paving the way for a generation of cultured centre backs who would follow in years to come.

Born in Woodford, Essex, on 13 December 1955, Glen Roeder began his playing days as a schoolboy with Arsenal, eventually making his name as a classy ball-playing defender who was a member of the Orient playing squad in the Second Division during the 1970s that reached the FA Cup semi-final in 1978.

He signed for Queens Park Rangers for £250,000 in August 1978 where he made 181 senior appearances and captained the team to the 1982 FA Cup Final against Tottenham, missing the replay due to suspension, and to the Second Division title in 1983.

Following a brief loan spell at Notts County, Roeder was signed by Newcastle United for £125,000 in December 1983, where he was captain and made 219 senior appearances during five years at the club, winning promotion from the Second Division in 1984.

He joined Watford on a free transfer in July 1989, making 78 senior appearances in two years, and later returned to Leyton Orient, playing eight games in 1992, before a six-game stint to finish his playing career at Gillingham, whom he had joined as player-manager in November 1992. 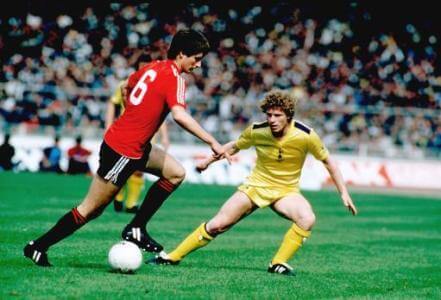 As a player, Roeder was one of the first defenders to try and play the ball out from the back at a time when, more-often-than-not, defenders were launching the ball into the stand at any given opportunity.

Calm and calculated in possesion, he would often use the step-over to confuse onrushing attackers before carrying the ball up the field – a move which became known as the Roeder shuffle – a technique he claimed, his father taught him as a child.

Roeder spent one season as player-manager of Gillingham, during which time he led the side to 10 wins in 37 games and saw them finish second from bottom of the Football League, escaping relegation after winning against bottom club Halifax Town in the penultimate fixture of the season.

In 1993 he returned to Watford, where he had enjoyed three seasons as a player, to become manager, eventually leaving the Hornets in in February 1996 as the side were struggling at the bottom of the First Division.

Having taken a back seat role as Chris Waddle’s assistant manager at Burnley, Roeder then worked as a coach under Glenn Hoddle for the England national team, before West Ham manager Harry Redknapp offered him an opportunity in club football again in 1999.

After working under Redknapp for two years, Roeder was named as the Hammers’ ful-time manager in 2001 led West Ham to a seventh-place finish in the Premier League in 2002 before he was diagnosed with a brain tumour in April 2003. 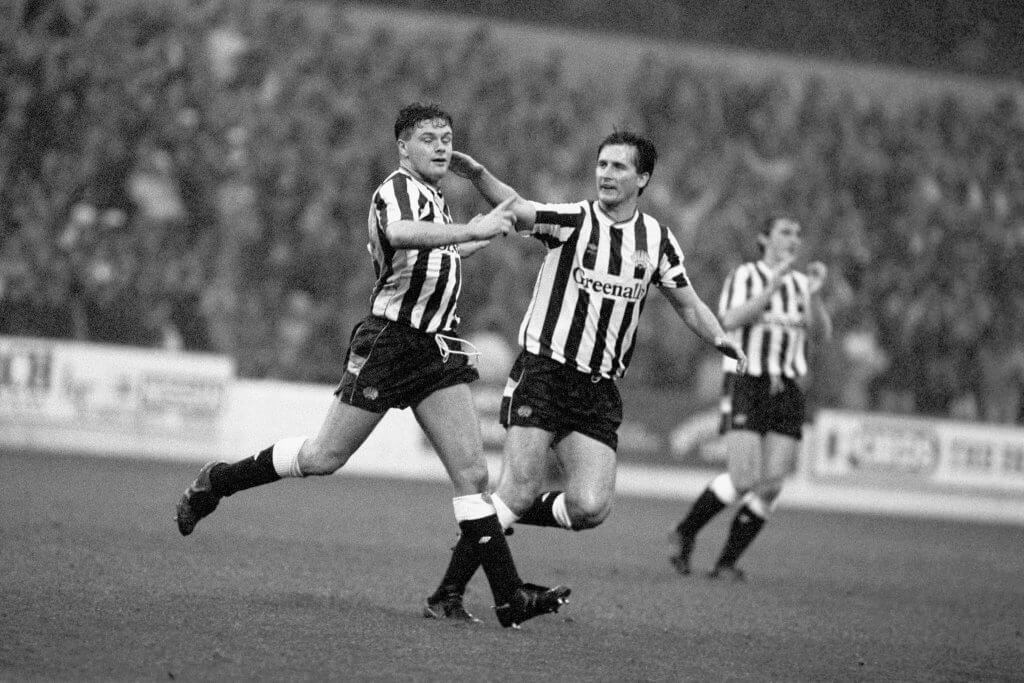 He had to have surgery and a period of recovery before returning to the dugout in July the same year but was dismissed from his role in in August 2003, following a defeat to Rotherham United.

After nearly two years out of the game, he returned to football in June 2005 when he was named youth-development manager of Newcastle United after Graeme Souness was sacked as Newcastle manager in February 2006, Roeder was appointed caretaker manager, with striker Alan Shearer –  taking them from the bottom of the table to finish seventh in the Premier League.

Roeder was named as Newcastle’s permanent manager in May 2006 and the same year the Magpies won the Intertoto Cup by virtue of being the furthest placed team to advance from the Intertoto Cup into the UEFA Cup – making Roeder the first manager to win a trophy for Newcastle since 1969.

That was as good as it got during his time at St James’ Park, however, and after guiding Newcastle to just one win in ten games, Roeder was summoned to an emergency board meeting and would resign with immediate effect on on 6 May 2007.

His last managerial role was as boss of Championship side Norwich City between 2007 and 2009 while his most recent and ultimately final job in the game was as a managerial advisor at Stevenage in 2016.